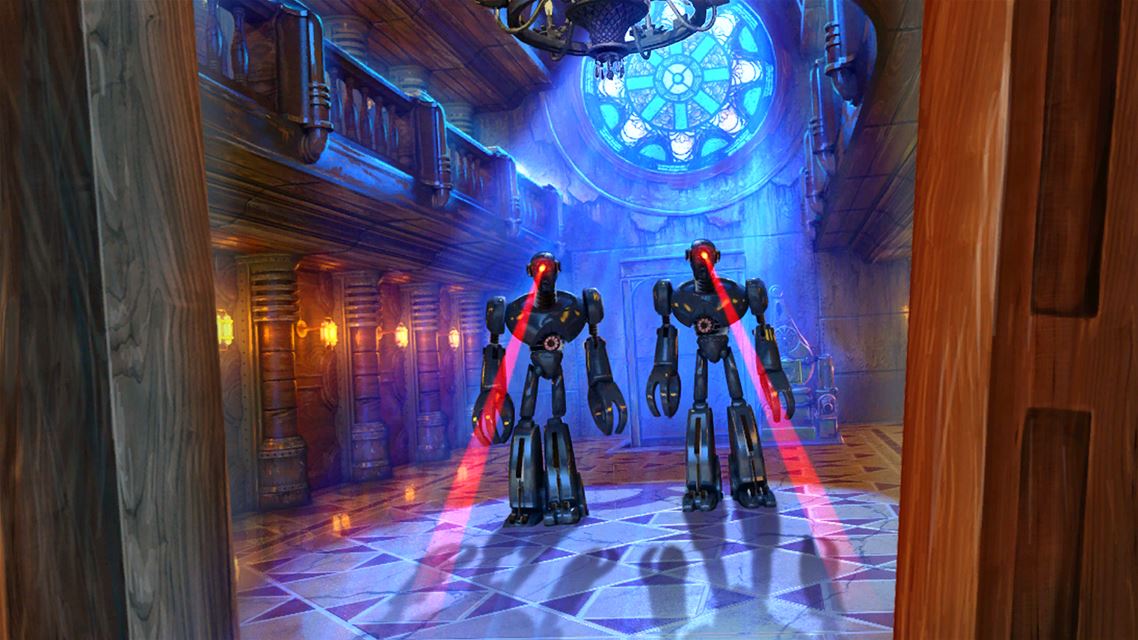 You’ve got to take your cap off to casual game developers Artifex Mundi (those of Fairy Tale Mysteries: The Puppet Thief fame).While the rest of the gaming world appears intent on churning out countless mindless multiplayer-only shooters, Artifex Mundi has opted instead to produce a game that actually tasks you with (dare we say it?) thinking and solving puzzles. And, you know what? Clockwork Tales Of Glass and Ink simply works. Marvelously.

Set in a steampunk world of oversized deadly robots, mysterious machines, mustached German guards and corrupt politicians, Clockwork Tales: Of Glass and Ink is a beautifully realized hidden objects game with tons of puzzles, a healthy sprinkling of mini games and a gripping storyline that will keep you guessing until the very end. In Clockwork Tales Of Glass and Ink you are cast in the role of detective Evangeline Glass whose long-time friend Dr. Ambrose Ink has suddenly and mysteriously disappeared. As the game unfolds we learn that cities of the world are being destroyed by sudden and unexplained earthquakes. Dr. Ambrose Ink has tracked the earthquakes down to a tiny town called Hochwald nested high in the mountains and close to the imposing Barber family castle. However, after arriving at the Barber estate, Dr Ink vanishes. 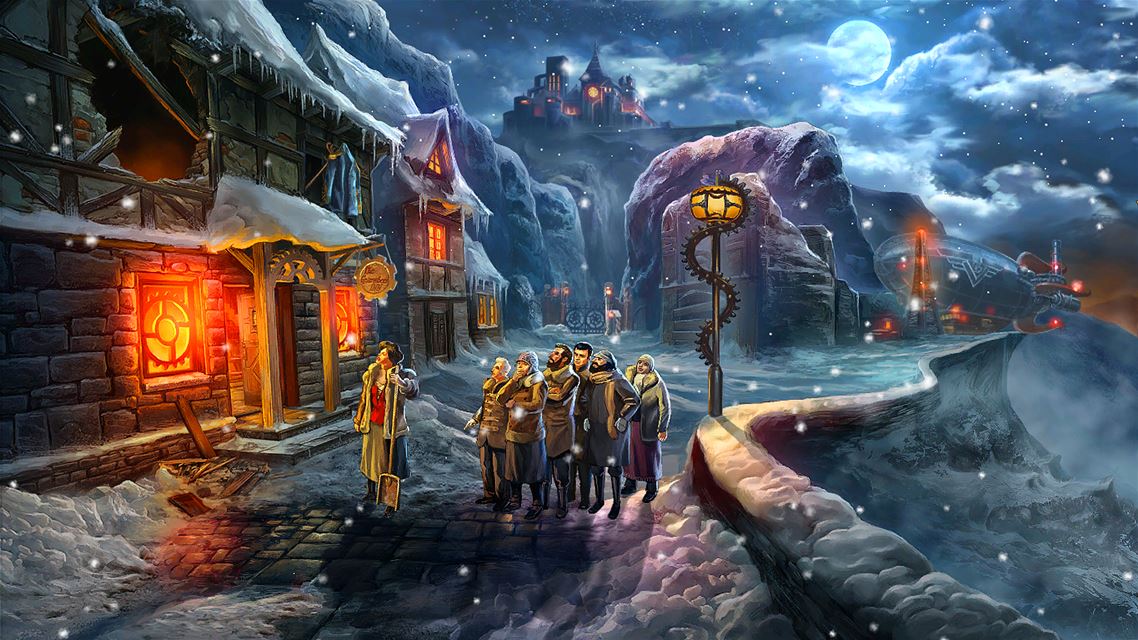 Equipped with little more than her ingenuity and a silent mechanical raven guide, it’s Evangeline’s task to solve the mystery of the disappearing Ink (get it? Disappearing? Ink? Groan…), sneak into the castle and unmask the evil plans of The General Engineer of Gottland. During the course of an epic 9 – ten hour adventure you will progress by finding hidden objects, combining objects to create new tools and, in many cases, manipulating items and the environment in order to enter previously inaccessible areas.

The puzzles in Clockwork Tales Of Glass and Ink are varied enough so that the game never feels tired or repetitive. Some of the mini games require little more than the application of some straight forward logical thinking. Others (and this includes most of the main puzzles) will have you scratching your head for a good few minutes. There are, however, few puzzles that will completely stump you.

Artifex Mundi have also wisely added a few options to ensure that you’re never completely lost as to what to do. The first is a handy difficulty setting at the beginning of the game. The two choices allow you to select whether you’re happy to be penalized for haphazardly clicking areas of the screen when searching for an object. You can also choose whether to enable the hint system or not. Another ingenious option which is included in the game is that you can simply choose to bypass a mini game and the puzzle will be solved for you. Brilliant. Although we wouldn’t recommend you avail yourself of this option too often, it does do away with the need to spend valuable time trawling through walkthroughs and video tutorials. 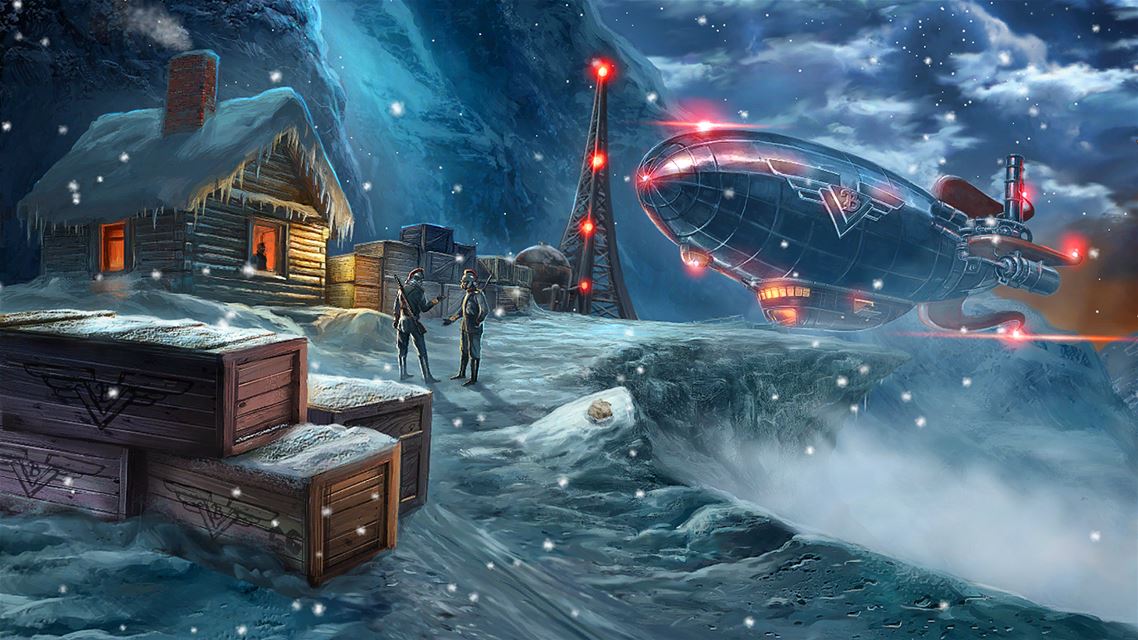 The beautiful hand drawn artwork really helps the game stand out and each frame underlines the point that Clockwork Tales: Of Glass and Ink has been drawn by artists who not only love the steampunk world, but they thrive in it.   In fact the game offers such level of detail that you will spend a lot of time simply admiring the view. Pause for a minute and take in the screenshots in this review and you’ll see what we mean. Audio wise, Clockwork Tales Of Glass and Ink offers voice overs that range from pretty good to standard. The main characters are all done superbly. The only minor niggle we had was with the side characters. Some of the accents veered slightly to the overdone cliché category.

Another option we’d like to have seen was some sort of scoring system for the puzzles. The sense of achievement you feel after solving a puzzle would have been topped off quite nicely if there was some way of comparing our performance with other gamers. The leaderboard system can often be misused in games but, in the case of Clockwork Tales Of Glass and Ink, it would have been a welcome addition.   But, these minor gripes aside, Clockwork Tales Of Glass and Ink is a thoughtful, engaging and entertaining offering.

If, like us, you love the hidden objects genre, then you’re going to be right at home with Clockwork Tales Of Glass and Ink. If you’re new to puzzle titles then there can be no better introduction than this gem of a game.  Go buy.