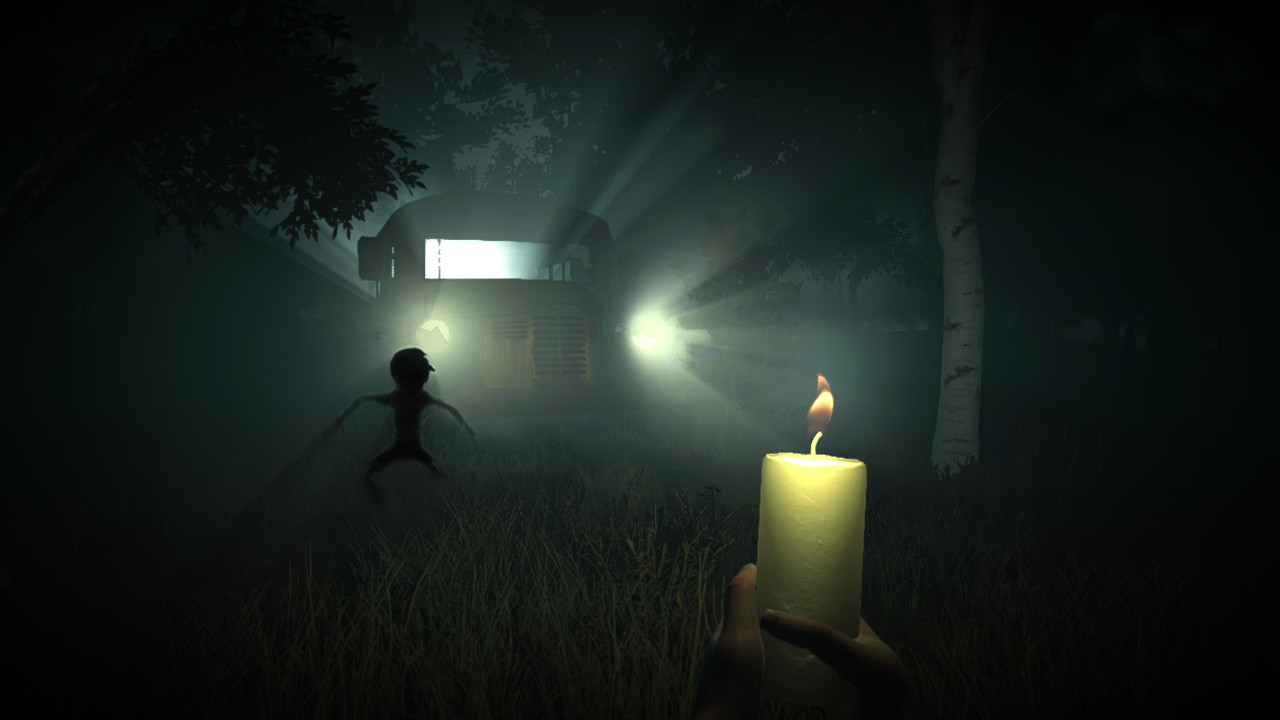 The survival horror genre has transformed in recent years from a shamefully ignored chapter of the past to a now borderline overpopulated mess. I love horror games, and probably shouldn’t be complaining, but it gets harder to sift through the garbage to find something that’s worth my hard-earned coin. This issue is particularly isolated on Steam, where indie developers are queuing up with enthusiasm to push the next “scariest game ever” into our faces. Plucked from this escalating slew, we have Wick, a relentless experience that’s more of an endurance test than a fright fest.

Developed by Hellbent Games, it’s essentially a mishmash of all the popular scary movies you’ve seen and games you’ve played; its set in a spooky forest like Slender Man, comprises of in-game hourly intervals like Five Nights at Freddies and your juvenile enemies are strongly reminiscent of the baddies in Children of the Corn and Strangers. It sounds haphazard when described like that, but it sometimes has its own feel, which is important for a horror game. 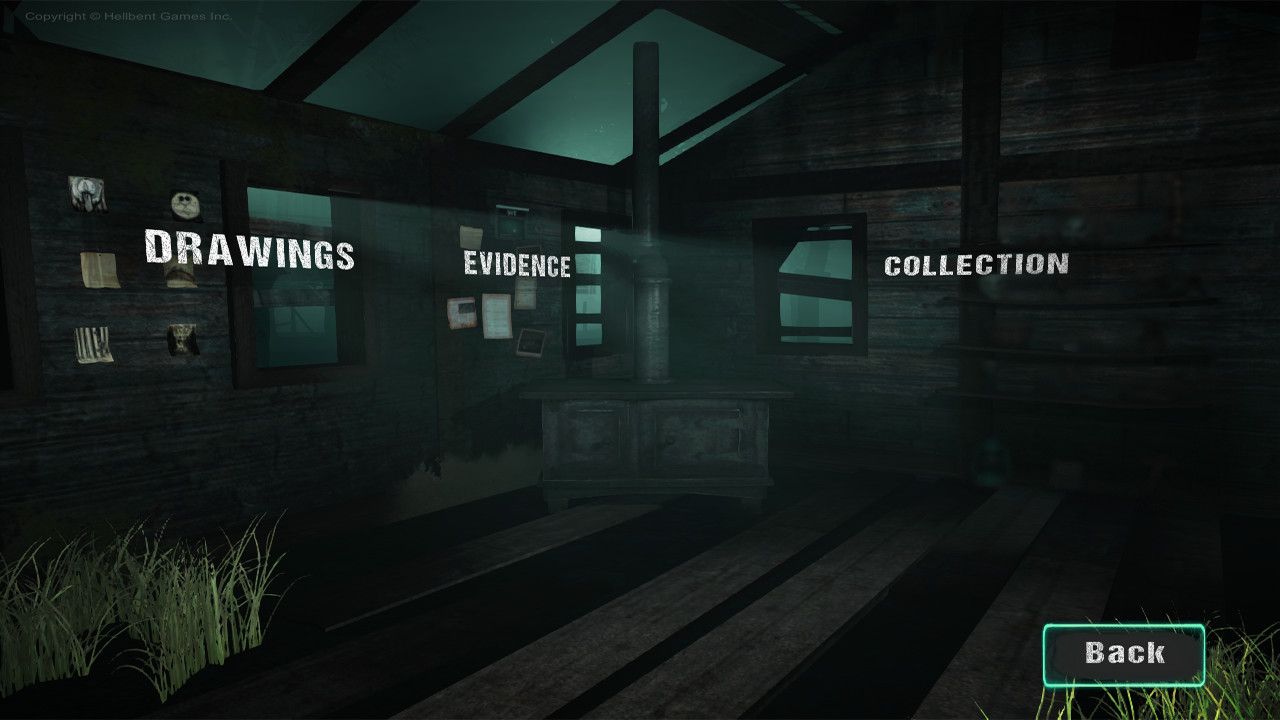 There’s a brief dialogue intro depicting your teenage “friends” taking you to a creepy forest where the ghosts of several homicidal children are rumoured to roam. They give you a candle, a half-dozen matches and a few words of encouragement before ditching you like the utter jerks that they are. Probably off to drink tonic wine down the park or something, but in any case, you’re left on your own at midnight and have to survive until 6AM. There’s a checkpoint every hour, and the intensity of attacks from varying foes increases as the night wears on.

Your light won’t last very long, so you’ll spend practically all your time endlessly roaming the dull and uninteresting forest looking for more candles until the hourly checkpoint. The game seems to register an hour as lasting approximately ten minutes in real-time. It doesn’t sound that long, but once you get a taste of the enemies you need to face, it feels like an eternity. In the first hour beginning at midnight, you’ll get chased by a demented school boy with a freaky mask. He’s simple to avoid for the most part, but the trick (which applies to subsequent children as well) is to avoid the temptation of running all the time when searching for candles. If you do, you’ll be out of puff when you’re inevitably ambushed by one of the little blighter’s.

A new child with different abilities is introduced after each hour, so you have to adopt different techniques to avoid getting killed. Some enemies, like the school boy and the bunny girl, can be avoided simply by running in the opposite direction. Other enemies require you not to make eye contact, similar to Slender Man, and another hulking brute will pound you to a pulp if you disturb his peaceful slumber with your candlelight. Individually, you’ll get to learn their strengths and weaknesses and eventually deal with them no problem. It’s when all the enemy types are bunched together in the later hours that you need to get your game on though. It’s a real patience tester at its core, but even the most cautious of players will find themselves murdered after one mistake and, infuriatingly, thrown back to the main menu to start it all over again. 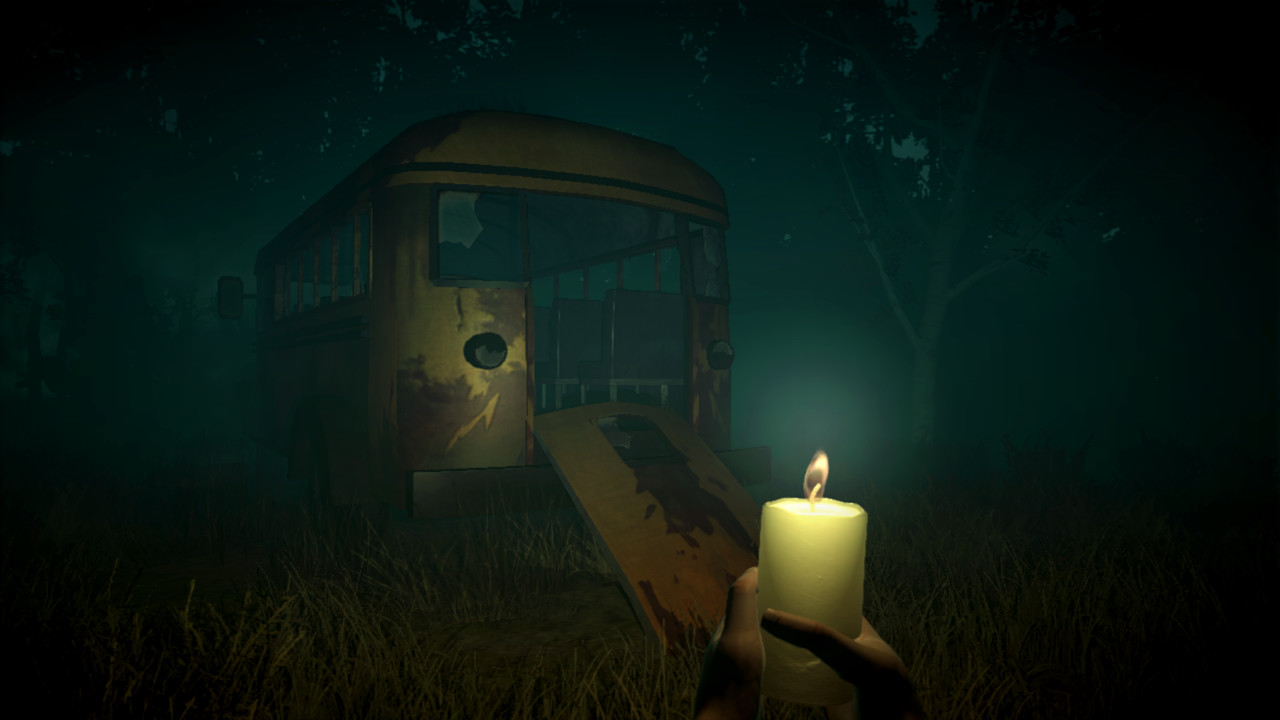 The main issue with Wick is how it forces you through each hour without a moment’s respite. You need to keep moving, even if you don’t need a candle, because the demonic children are always stalking you. This is probably what the developers intended in order to keep the player on their toes but, when you break it down, it’s just no fun. There’s literally no time to stop and take in what the games throwing at you, which is a shame because there’s some great sound effects and decent character design that basically keeps the whole atmosphere clinging together. There is, however, an overabundance of jump scares which, in my opinion, do not constitute a modern survival horror game. If releases from the last few years have taught us anything, it’s that many a jump scare does not a horror make.

Already popping up on lets plays all-over YouTube, Wick seems already doomed to be a mere plaything for obnoxious commentators who like to film themselves getting frightened by a videogame. I’d like to think that it deserves better, but unfortunately there’s nothing here that truly engages the player on any significant level. It’s grasping for an identity that it sometimes reaches thanks to the original music and sound effects, but is ultimately torn from its goal by uninspired visuals, tedious gameplay and a stubborn reliance on the roots of horror clichés.