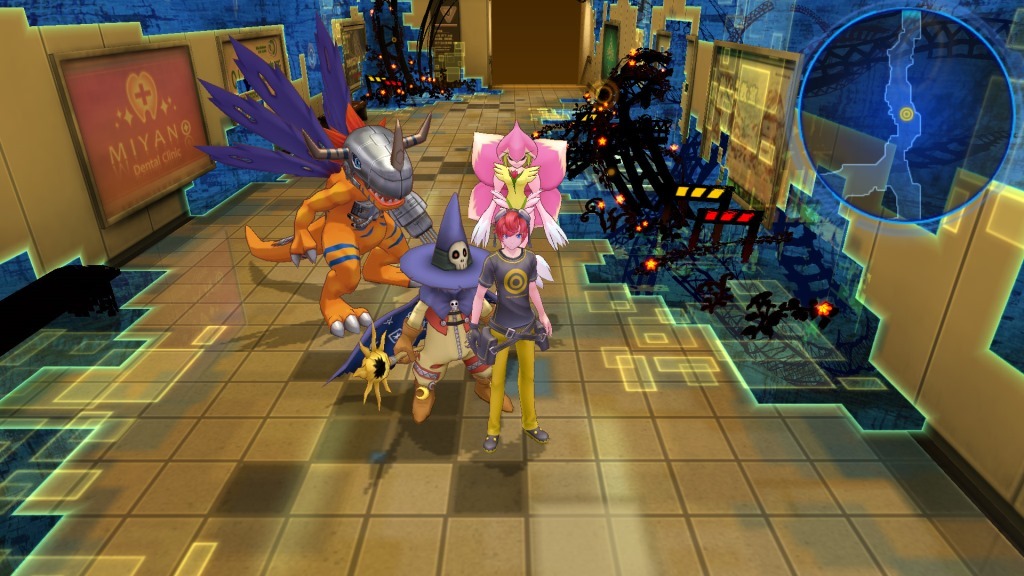 Digimon fans, if there even is such a thing anymore, will have noticed that it’s been a long while since the West have seen a decent Digimon game on the market. The last Digimon game I remember thoroughly enjoying was Digimon Rumble Arena 2, since then Digimon games have been seen less and less. Thankfully, the Digimon title has avoided being dragged through the sand by not having countless attempts to try and let people know it still exists, but then just end up souring the taste of fun childhood memories. However, Digimon Story Cyber Sleuth has arrived for a long overdue crack at a good Digimon game, and oh my goodness it does not disappoint.

Digimon Story Cyber Sleuth is a RPG which sets the Digimon world to be in some form of virtual reality. When having the story described to you, it’ll probably be very hard to have any idea of what that person is talking about. However, after sitting through the opening cutscenes you gain a much better understanding of what you’re in for on this journey back to Digiworld. The concept of the game was pretty good; but if it isn’t enough to tickle your fancy, along the way you’ll meet new friends who can aid you in many different ways, you will also get the opportunity to raise Digimon and sculpt them into great warriors. 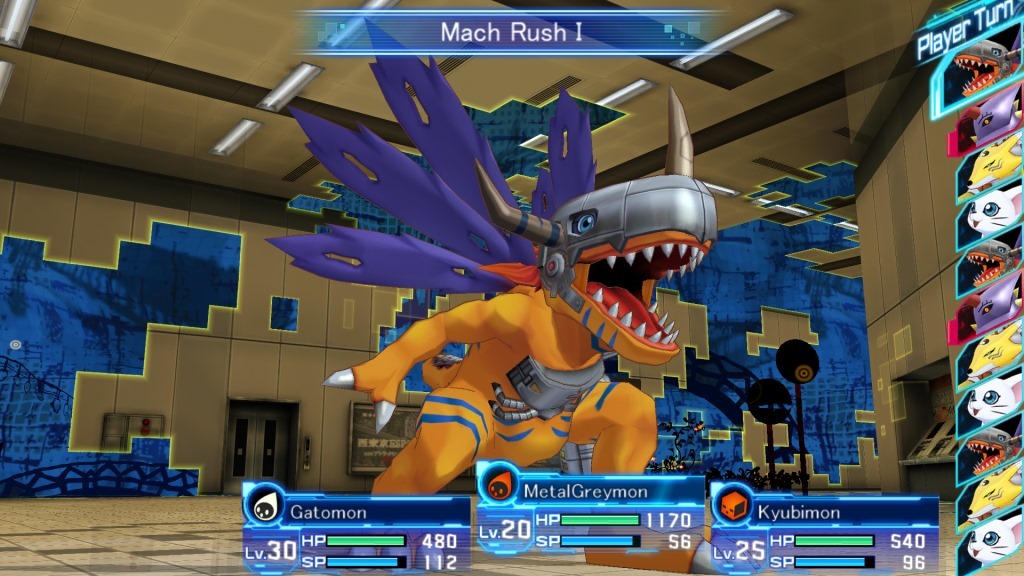 The gameplay is much like any other RPG, you explore different areas and fight people on the way to reach a certain end goal. There are also lots of side missions you can do, which allow you to gain Experience Points and items. As well as this, there is a cool way to get new Digimon that you have encountered in battle. Every time you battle a Digimon, a percentage counter for that specific Digimon increases. Once it is at 100%, then you can create it. However, if you wait until it is at 200%, then your Digimon will have better stats and abilities when you make it. I found this feature to be really good, as it meant you could choose lots of different Digi-evolutions paths and easily get Digimon with little to no hassle.

Another feature I enjoyed was the Digi-farm, which is where you could leave your Digimon to train when they weren’t in your party. This saves a lot of time on grinding out levels so you can Digivolve, all you have to do is leave you Digimon in there and it’ll start gaining levels. There are also 3 training regimes in the farm: High effort – 30 minutes, Medium effort – 60 minutes and Low effort – 120 minutes. There only appeal to doing the low effort training activity, is that you don’t lose CAM – which is crucial to helping Digivolve your little critters. 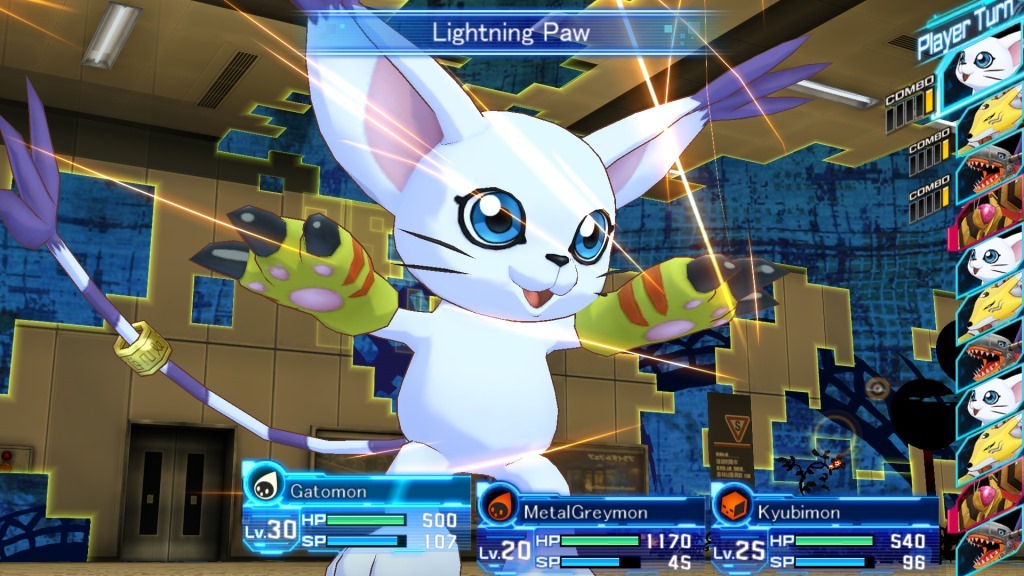 The overall aesthetic of the game is very impressive, and the Digimon look as amazing as ever. Some of the areas in the Digiworld can be a tad bland as there isn’t much detail, it just seems to be the same old boring path after a while. But this is only the case for a few of the areas, there are some that are quite interesting to explore.

The only downside to this game, and I’m really nit-picking, is that it’s an RPG. And if RPGs aren’t your thing, then you won’t enjoy it. However, I’m sure all others will get enjoyment out of this. I mean, the game isn’t outstanding and I certainly wouldn’t give it full marks; but it doesn’t do much wrong. Another thing to scare off potential buyers would be the high price point, but I’d say it is worth it if you’re interesting in this type of game.

I’m going to give Digimon Story Cyber Sleuth an 8 out of 10, I thoroughly enjoyed this game and I will continue to enjoy it seeing as its rather long. This game doesn’t introduce new and innovative ideas that games will use from this point onwards, but it’s just really fun. As I said, there’s not much this game does wrong. So I’d say even if you were a fan of Digimon many moons ago, then you should pick this us. And even if you’re just a light player of RPGs, I would still say get it. It’s worth all the time you’ll put into it.