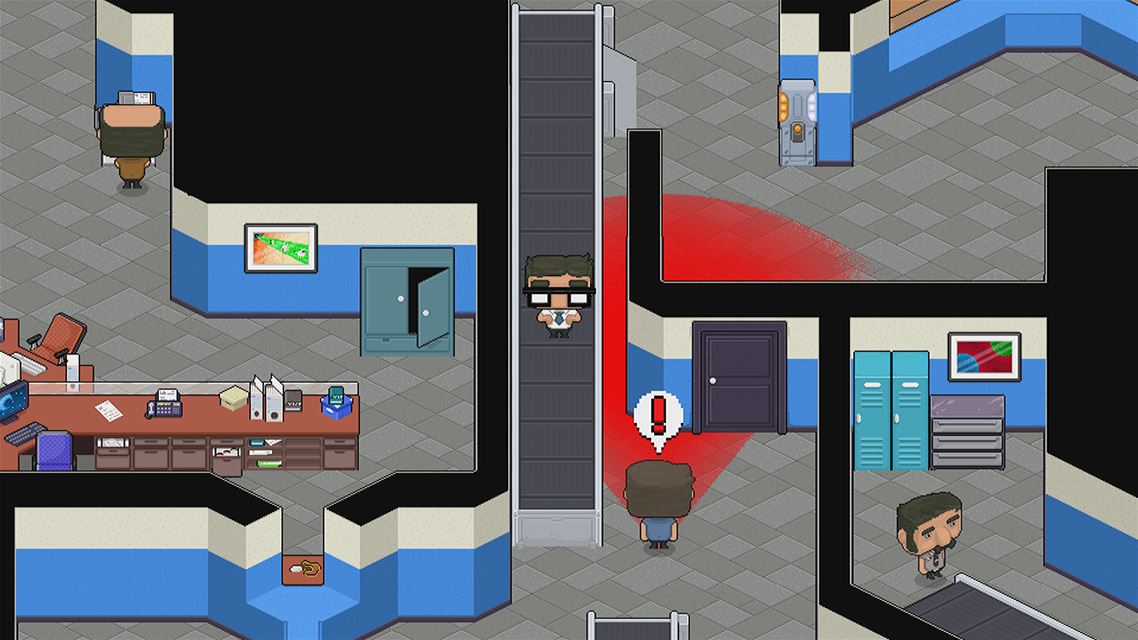 Before we dive headlong into this review I want to declare an interest: I love stealth games. Whether I’m prowling through darkened corridors with infra-red goggles perched on my head, or hiding in boxes while armed guards patrol inches away from my noggin, I love it. Ever since the days of Solid Snake on the PS2, stealth games have always made me feel warm and fuzzy inside just like the very first moment you held a crisp, brand new ten pound note. Yes, that good. So when I was given the chance to review Level 22: Gary’s Misadventures I spent most of the morning giggling and clapping my hands like a schoolgirl.

And I wasn’t disappointed. Noego Games’ stealth ‘em up is a solid gold, bona fide classic. While most stealth games have you infiltrating heavily guarded military or political installations so that you can plant a bomb, assassinate a key figure, steal top-secret documents or rescue a hostage, Level 22: Gary’s Misadventures deals with a topic that’s far more important than saving the world. Namely, keeping your job. That’s it. In Level 22: Gary’s Misadventures you’re cast in the role of Gary, an office worker who wakes up horrendously late for work. To make matters worse, Gary’s already been warned that if he’s caught being late again, he’ll be out on his ear. So your task is to get Gary to his desk without being seen by colleagues, bosses, security cameras or guards. 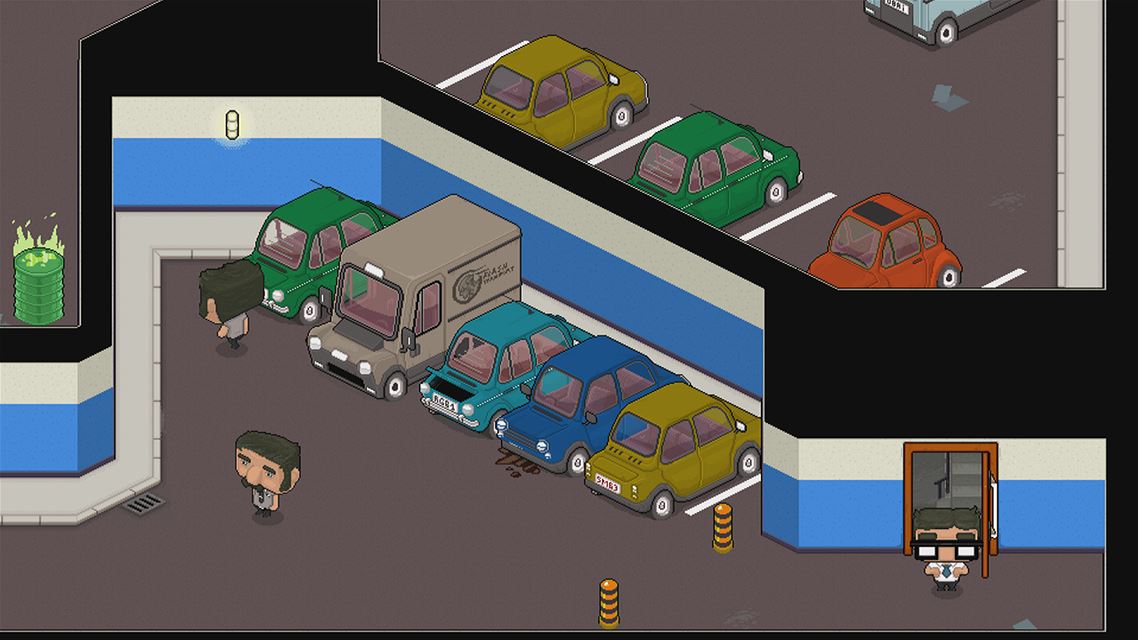 Over the course of 20 plus levels you’ll employ all the staple mechanics of previous stealth games such as hiding in cupboards, avoiding fields of vision and using objects to distract NPC’s while you work your way to your desk. The concept is as brilliant as it is simple. It’s clear that the developers have played and loved stealth games and Level 22: Gary’s Misadventures is a living homage to every single one of them

Just as in games like Metal Gear and Splinter Cell, Gary is often helped by a trusted ally who gives him the heads up on coming challenges and suggests possible solutions. In this case Gary is aided by his wise-cracking friend Marty who introduces him to new gameplay objects, suggests alternative courses and generally has his back. The witty exchanges between Gary and Marty are worth playing the game alone for. The script writing on Level 22: Gary’s Misadventures is almost worthy of a sitcom and should on no account be skipped as you progress through the game.

Despite its similarities to other stealth-based titles Level 22: Gary’s Misadventures is a light-hearted adventure that does everything to make sure you’re smiling as you make your way through its many levels. 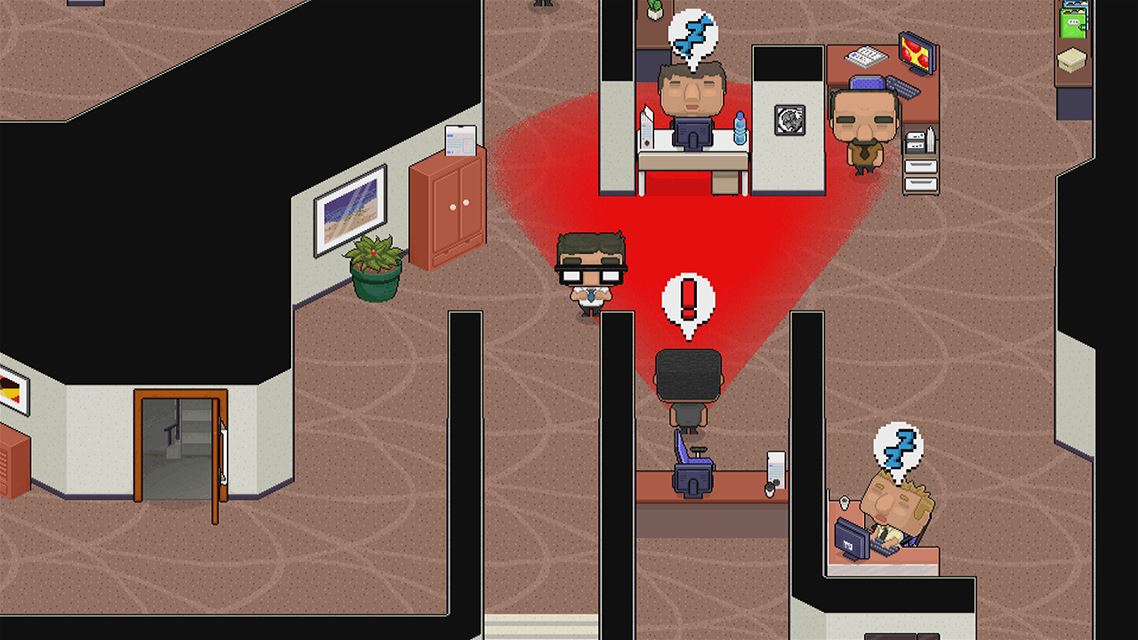 Some gamers who may already have encountered Level 22: Gary’s Misadventures on the IOS may wonder how this offering has made the transition to the big screen. The answer is very, very well indeed. The bright isometric design looks great on a TV monitor and the ability to manipulate both the character and the screen means you always feel in control.  At the end of each level there’s a boss fight that will test just how much you’ve learnt from the levels encounters. There are two hidden objects in each level: usually a collectible that’s found somewhere in the environment or a secret such as a key that unlocks a drawer. Little bonuses like this ensure you’ll want to take your time working your way through Level 22: Gary’s Misadventures rather than racing to the finish line.

The one minor gripe we had with Level 22: Gary’s Misadventures was that the game is over too quickly. We nailed it in less than 8 hours. Perhaps Noego Games might consider offering new levels as a form of DLC in the future. All in all Level 22: Gary’s Misadventures is a great game for anyone who loves the stealth genre or even for fans of puzzle-based titles.  Or for anyone who’s ever been late for work and had to hide in the cupboard to avoid the boss. We enjoyed every minute of it and suspect you will to. Recommended.