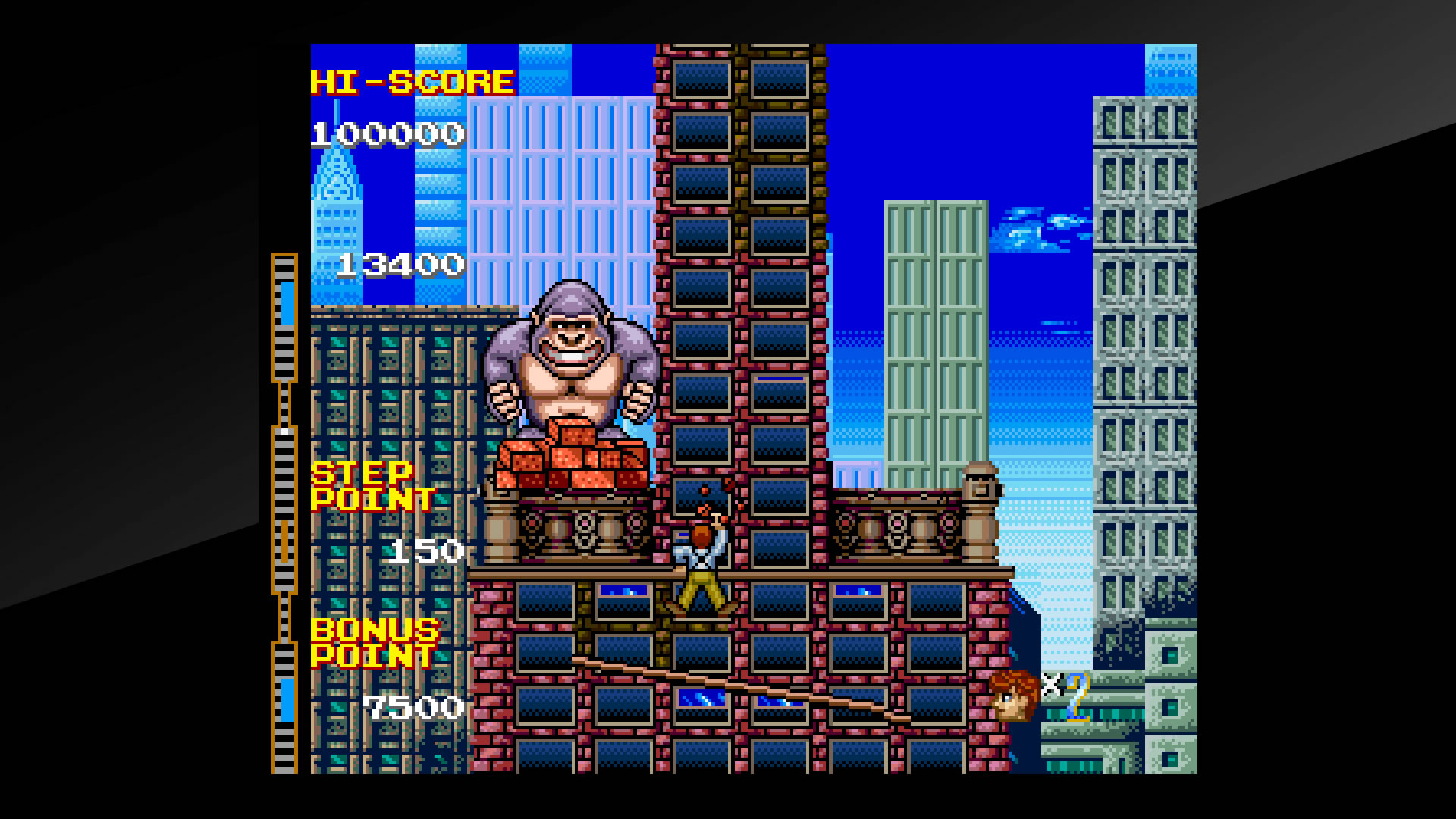 Last year I reviewed Arcade Archives arcade perfect port of Nichibutsu’s, oddly addictive but undoubtedly infuriating, Crazy Climber. It was a charming game that ultimately got its hooks in after an admittedly awkward and often maddening introduction. The same is very much true of its sequel. In fact, other than its considerably improved visuals, the sequel delivers the exact same experience.

Ok, so there are 6 levels rather than 4, and yes, there is a little bit more variety to the obstacles you will face, but other than that, yeah, the game remains largely unchanged. If you’ve read my review of the original, you’ll realise that the somewhat unambitious approach of this previous Japan-only sequel is very much for better and for worst. 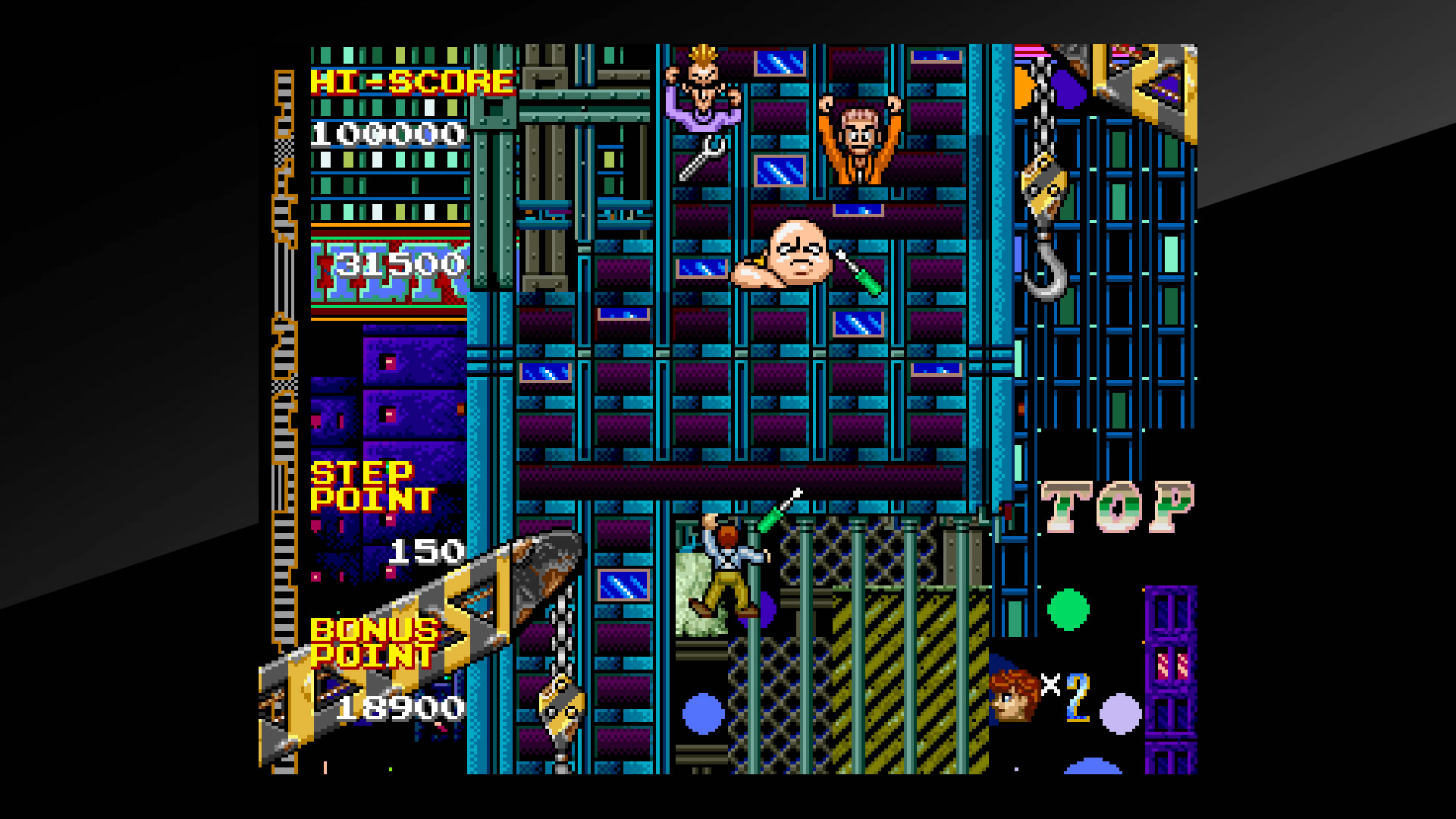 Fundamentally, the gameplay is still highly addictive. It’s made up of little more than the continuous scaling of increasingly perilous city-based apartment blocks, but despite the relatively simplistic core concept, there is something rather compelling about that constant sense of ascent and the subsequent increase of your high score as you make your way up the building one bit at a time.

Like its predecessor however, while the gameplay does become addictive if you allow it, you’ll first have to get on board with its occasionally awkward and often incredibly frustrating control scheme. While this control scheme does eventually deliver a large proportion of the games’ overall charm, initially, well, it can be a little horrible.

Using the left stick for your left arm and the right stick for your right does make perfect sense on paper, and when in full flow, the hypnotic rhythm you can get into as you ascend the building can be hugely rewarding, but for those first few goes…..yikes. If you’re anything like me, you’ll initially spend a great deal of time stuck hopelessly in place as one of the buildings’ jack-ass tenants throws a pot plant at your head. Essentially, to move left, right, up or down, you have to have your feet and arms in the correct position and sometimes, especially in the heat of the moment, it can often be unclear as to the reason that your apparently fearless climber is suddenly stuck to the spot. 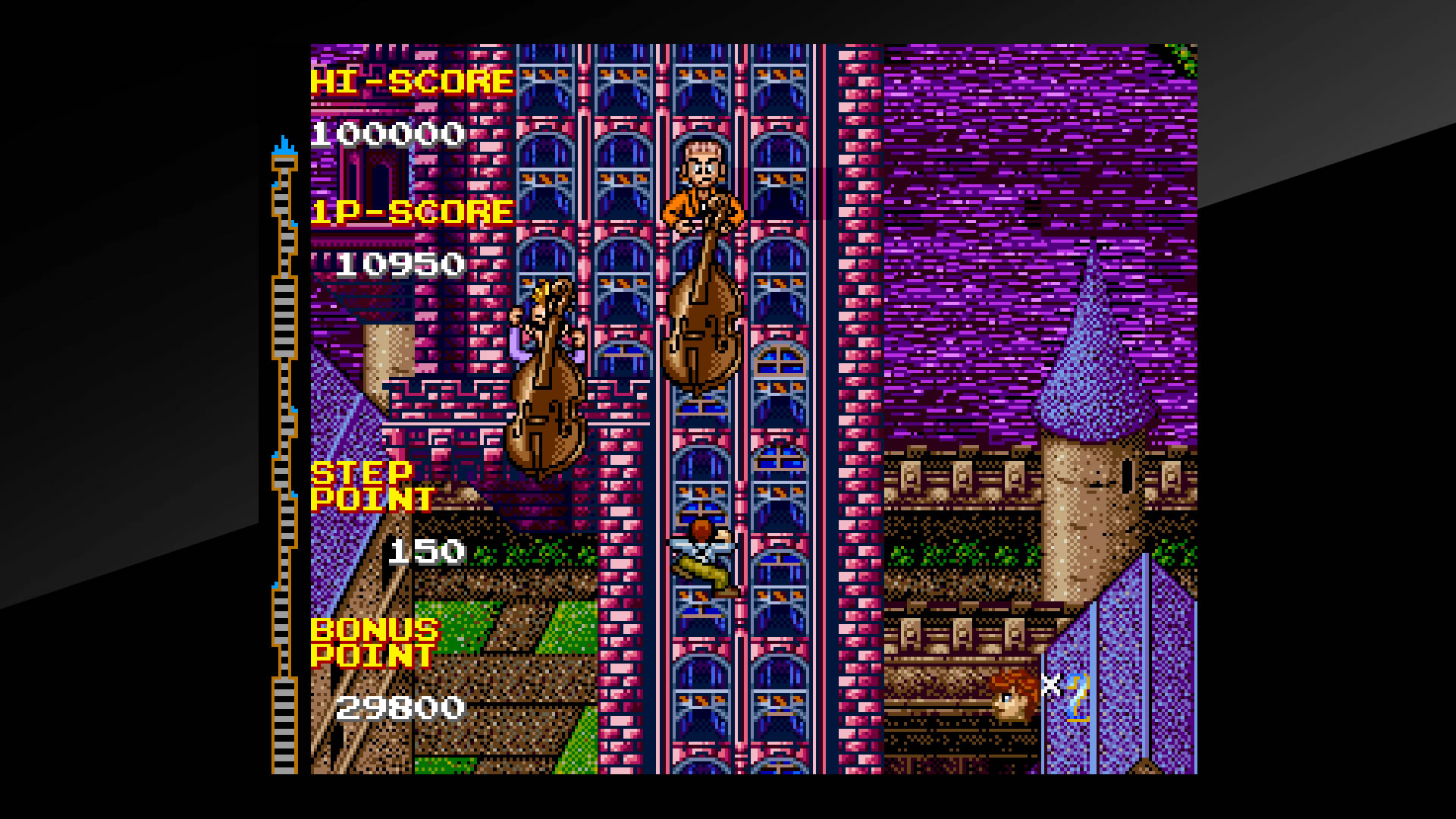 Like its predecessor, Arcade Archives Crazy Climber2 is likely to prove oddly addictive for those able to overcome the initially awkward control scheme and get past those inevitable moments of hair pulling frustration. The thrill of a perfect run up one of the games’ gorgeously pixelated tower blocks is pure arcade gold and, when in the zone, Crazy Climbers 2 is amongst the finest of Hamster’s increasingly varied, Arcade Archives collection. The lows are, well, they can be pretty low, but this rough diamond is certainly worth a look for fans of arcade gaming – even at the recently reduced but nonetheless rather inflated price point.