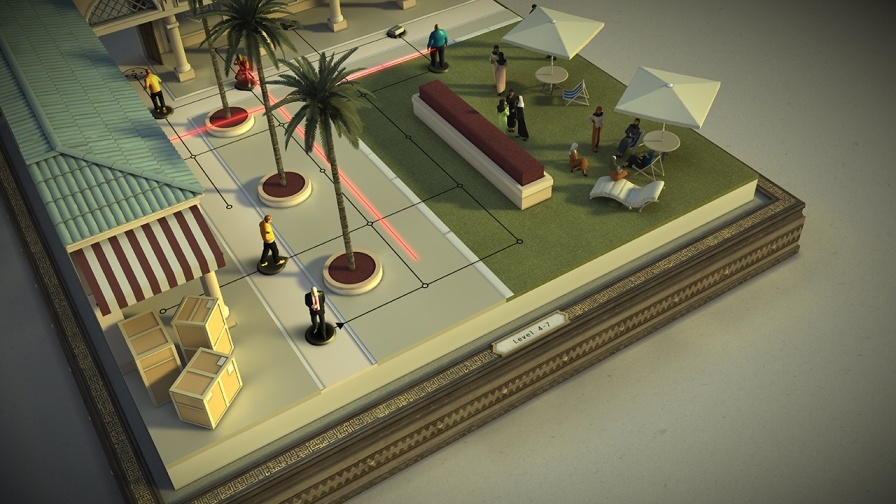 When you hear of a Hitman game where the gameplay is more like chess than actually assassinating people and dressing in crazy disguises, you’d think that it would be the worst idea in the world. Where’s the fun in Hitman if you can’t kill people in a chicken costume? I see your point, however, Hitman GO does a good job at doing the franchise a service. Instead of just using the title “Hitman” to draw in fans of the series only to disappoint them, this game actually holds its own in being thoroughly enjoyable and interesting.

Hitman GO was a hit when it first launched on iOS and Android back in 2014, it condensed down the fun stealth mechanics that makes Hitman so great to make a challenging turn based puzzle game. However, this is the definitive edition, so there’s been a few tweaks here and there. The games visuals are largely improved for PS4, as well as this you get all of the game’s additional content in this edition. This is a huge plus point as the game has a lot of additional levels to play, meaning your level library in this game will be enough to keep you busy for a while. 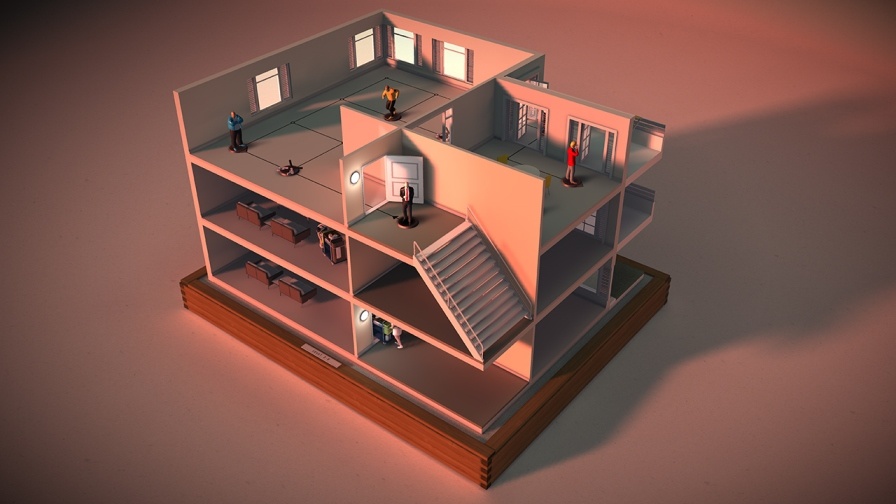 One possible problem that I thought before playing this, was if this mobile game would be interesting enough to hold my interest when it’s on a console. Seeing as mobile games are designed to be played in short bursts when commuting, I didn’t know whether it would be engaging enough to want to play in my spare time. However, the game holds up pretty well and is challenging enough to make me want to carry on to engage my brain in some beautiful puzzle action. This game also has cross-play, so if you do own a PS Vita then you can play it on that and continue your save later.

Apart from the improved aesthetics and additional content, the game is still the same under this new coat of paint. You control Agent 47 through an array of different puzzle boards in which you must weave your way through various guards and dogs, your aim is to reach the end of the level without being spotted. This is a lot more difficult than is sounds, and there are lots of different guard types; each one following a different moving pattern. Some will do lengths of the path they are, while others will turn around each turn in an attempt to spot you. If you at any point are one space in front of the guard when in their line of sight, then you will be spotted. Obviously you can take out these guards, but as you progress they become more and more difficult to get rid of. 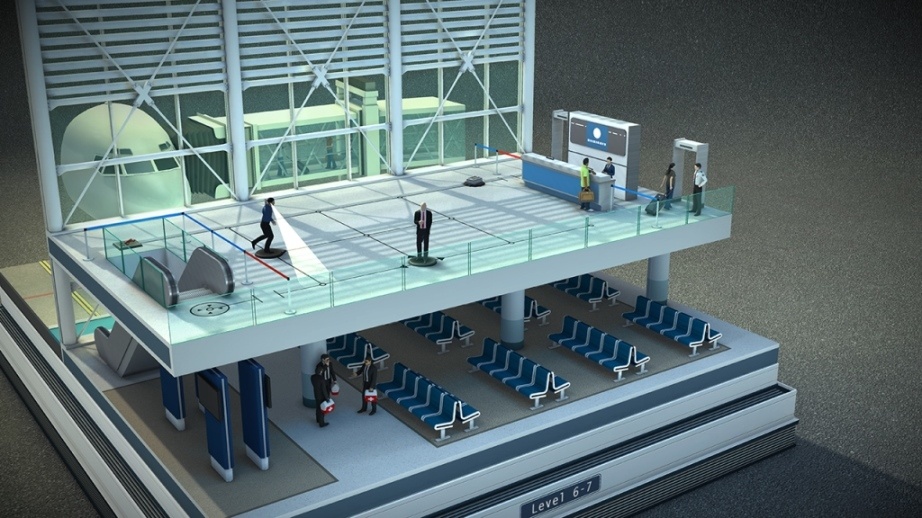 The game eases you in with regards to difficulty with the first set of levels, but after that they grow more and more challenging. Some of the puzzles are real head-scratchers! If the puzzles alone weren’t difficult enough, then the three objectives in each level will be. They include challenges like: Do the level in the 12 moves or fewer, don’t kill any enemies and kill all the enemies. Pretty much all levels have a briefcase in them which is very difficult to get, the only real payoff to going out of your way to get them is the sweet sound you get after completing an objective.

Overall I’m going to give Hitman GO an 8 out of 10. This game is interesting, challenging and about everything you can expect from a puzzle game. The puzzles are genuinely difficult, and for those puzzles too difficult then you can resort to hints. The game’s look is simple and beautiful, while having the resemblance of some sort of model village. If you have either a PS4 or a PS Vita and you’re a fan of puzzles to any extent, then this is a no brainer; although you definitely will need your brain if you want get past the puzzles!