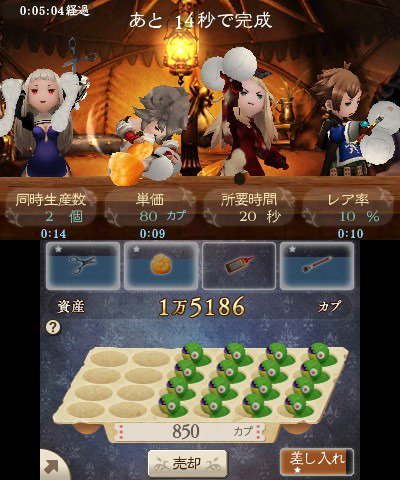 The Nintendo 3DS, like pretty much every Nintendo console ever released, is catching sh*t (justifiably for the most part) for its relatively sparse release schedule. Despite the announcement of Pokemon Sun and Moon for later in the year, the 3DS isn’t exactly home to an abundance of new and upcoming titles. What it does have however, is a wealth of truly exceptional games already available. Like the GameCube before it, people will look back at the 3DS in later years and realise what a truly exceptional library of games it has – Square Enix’s, Bravely Second: End Layer is one of those exceptional games.

A sequel to the equally fantastic, Bravely Default, Bravely Second: End Layer is essentially the traditional Final Fantasy experience that fans have been hoping for for years, and beyond the name on the box, is arguably more of a Final Fantasy game than any of the previous three or four mainline releases in the series. Bravely Second essentially looks and plays like a direct, modern day sequel to Final Fantasy VI and, despite the technical limitations of the platform, will undoubtedly go down as one of the best looking games released in 2016. 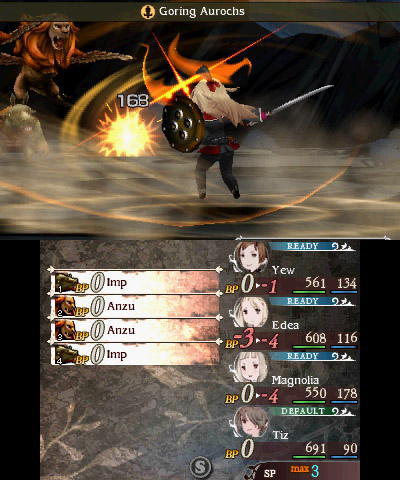 In fact, a case could be made for, Bravely Second being the best looking game on the format full stop. Tradition suggests that Nintendo always go the most out of their handheld and home consoles, but honestly, Square Enix’s latest might well trump the lot. From its fantastic, European inspired art design to its fantastic characters, truly gorgeous world and, believe it or not, exceptional use of 3D, Bravely Second is a match for just about anything on the market. The use of 3D in the beautifully hand drawn towns in particular, is the kind of thing that makes the technology feel wholly justifiable. Many gamers turned off the 3D on their Nintendo handhelds years ago, but if there was ever a reason to turn it back on or, heck, even make the upgrade to the New Nintendo 3DS and its improved 3D capabilities, then, well, this is it.

It’s not just a looker of course; beyond the slightly generic and somewhat forgettable story, Bravely Second is home to some of the finest JRPG mechanics of the generation, delivering an organic yet recognisably traditional evolution of the 8bit and 16bit mechanics that defined the genre for so long. While very similar to the previous release in series, the core mechanics are as strong as ever while the risk/reward of the Brave Points system does enough to both differentiate the game from its peers while delivering a system that makes even the most rudimentary of encounters potentially exciting. It’s simple enough on paper, but the ability to forgo turns in favour of building up Brave Points for a single, potentially enemy devastating turn later in the battle adds a consistently compelling aspect of gambling to the core battle system.

Second points have been implemented for the sequel, but these are less integral to the gameplay and are sadly intertwined with the return of the series’ questionable inclusion of micro-transactions. Luckily, like the Bravely Default, said micro-transactions can be happily ignored with the game very much playable without their use. 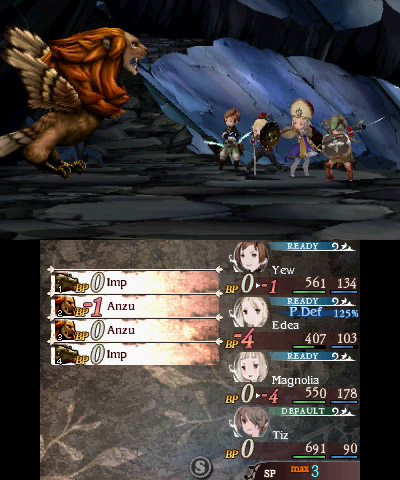 Beyond the brilliant battle mechanics, Bravely Second is notable for its extensive and incredibly impressive job system. The chance to undertake 30 different roles from standard fare such as, Mage or Warrior to the more outlandish likes of, Spiritmaster or the fantastically named, Catmancer, provides a wealth of different approaches to battle with additional passive abilities and second job opportunities adding an even greater layer of depth to what is one of the more extensive battle systems around.

The somewhat clichéd plot, the inconsistent tone of the dialogue and the likeable, but ultimately forgettable cast do hold this game back from greatness, but despite these issues, Bravely Second: End Layer remains one of the finest JRPGs of the past decade and a welcome reminder of what can be achieved on the Nintendo 3DS’ ageing hardware. Technically and artistically brilliant, Bravely Second provides the traditional Final Fantasy experience that mainline releases in the series have arguably failed to do since Final Fantasy X. The battle system remains best in class with the improved job system and its brilliant integration into side quests delivering plenty of depth without the experience ever feeling overtly complicated or obtuse. In fact, thanks to an array of smart design choices, Bravely Second: End Layer stands as one of the more accessible JRPGs around and a potential entry point for anyone thinking of dipping a toe into the genre’s traditionally unsettled waters.