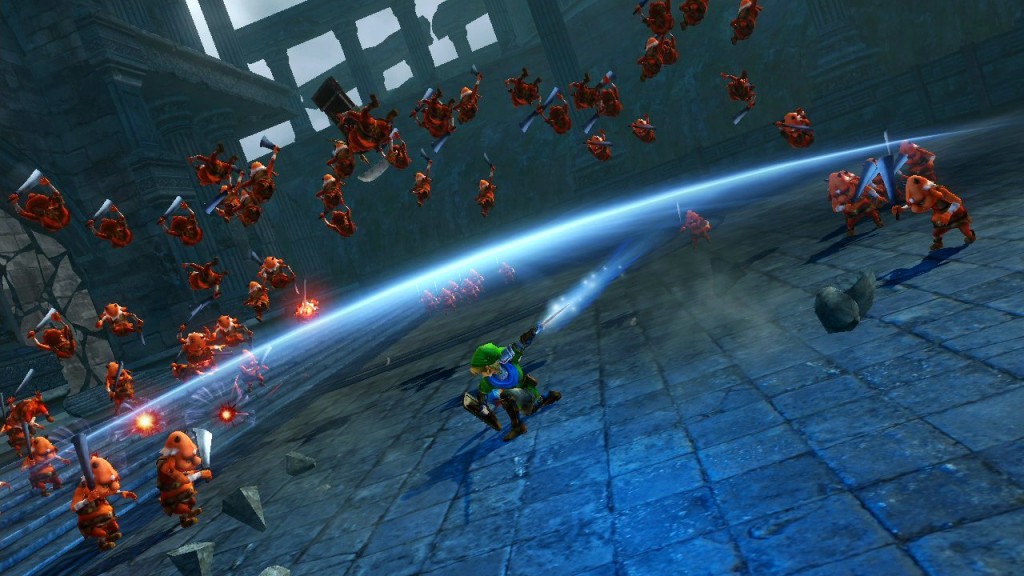 One of the finest Musou games ever created, Hyrule Warriors was a surprisingly successful coming together of Nintendo’s, Legend of Zelda series and Omega Force’s much criticised but hugely successful, Dynasty Warriors franchise. Essentially a relatively standard Musou game at its core, Nintendo added an additional layer of gloss to create an extremely enjoyable take on the Dynasty Warriors template. It was still classic Musou at heart, but the fan service was exceptional, and as always, the gameplay was actually quite a bit deeper than casual fans of the series might have you believe.

Musou games are always criticised for being overly simplistic and largely repetitive affairs, and while that is true to an extent, there is method to the button bashing madness with Koei and Omega Force slowly building upon the solid foundations that have provided the core experience since back on the PlayStation 2. On the standard difficulty setting, you can get through most battles by running head first into battle with little more than a handful of very basic combos required to conquer even the most imposing looking boss battles. Crank up the difficulty however, and these games become much more tactical affairs with battlefield management and well timed attacks become a much larger part of the experience.

The same was true of, Hyrule Warriors on Wii U, and the same is certainly true of the handheld iteration on 3DS, Hyrule Warriors: Legends. There has obviously been an inevitable downgrade in the visual quality, but beyond the simplified visuals and reduced on-screen enemy count, an argument could still be made for this being the definitive Hyrule Warriors experience…….well, as long as you have a ‘New’ 3DS that is. At its best, Legends has more content (all the previously released DLC and additional, Legends specific missions), along with an improved Adventure Mode and additional mid-battle gameplay options that fundamentally change the way that you play the game. Sadly, it’s also something of a disaster on the traditional 3DS and 2DS platforms. Previous games have obviously run better on the new 3DS (Smash Bros. being the most obvious example), but none have shown such a disparity in technical quality as is seen here. This game really is something of a technical marvel on the New 3DS, but sadly, the ageing hardware of the vanilla model is really starting to show, and while it isn’t quite as unplayable as some outlets are suggesting, it certainly represents a disappointing port of this otherwise fantastic game. 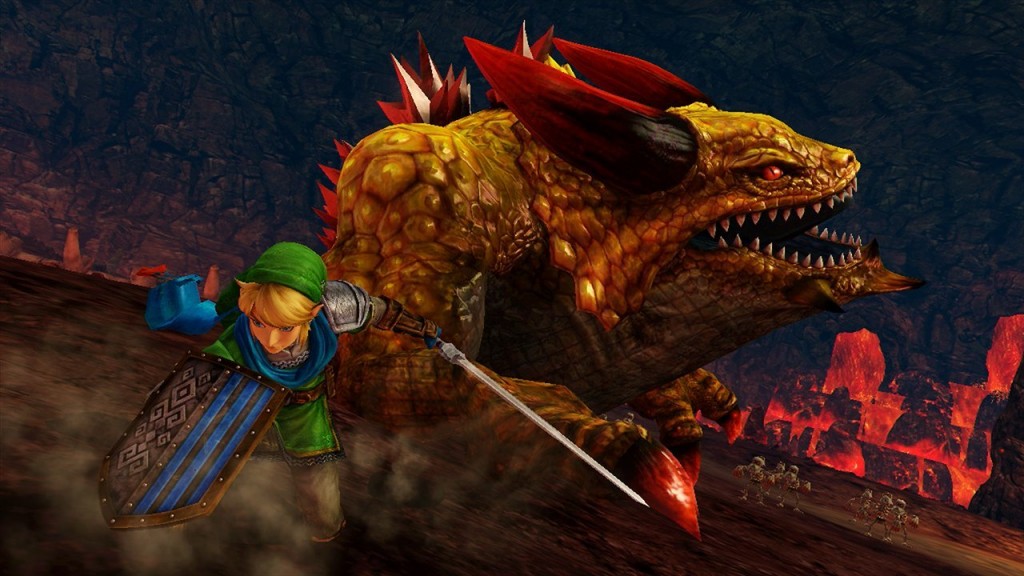 If you are lucky enough to own a New 3DS, then you really have nothing to worry about. Yes, there are examples of enemy pop-up, but beyond this most minor of technical shortcomings, this remains a genuinely gorgeous looking game. As always, some of the stages are a bit bland and there is no getting past the sense of repetition, but for the most part, this is a bold, bright and beautiful example of what can be achieved on the New 3DS hardware.

While the core gameplay remains largely unchanged, the addition of character swapping on the go along with the ability to jump around the map thanks to the Majora’s Mask-like owl statues both provide welcome additions to the classic Musou gameplay. While the latter certainly comes with a sense of quick-fire convenience, it is the former that has a much greater effect on the way that you will ultimately approach the game. Not only does character swapping allow you to experience a wider range of the games’ impressive character roster, but it also helps to stave off any sense of impeding repetition.

It might be lacking the Wii U’s Challenge Mode (no major loss), but the Story and Adventure modes are undoubtedly better than ever. The brilliantly retro inspired Adventure mode might have little more than a handful of additional unlockables, but thanks to the inclusion of the Linkle and Wind Waker-based story missions, this definitely feels like a more rounded package. 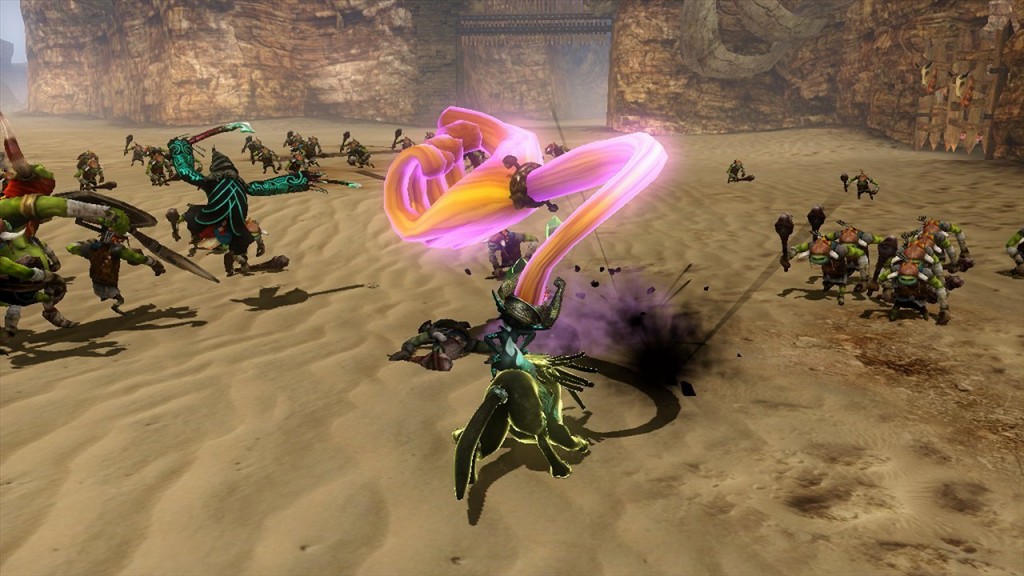 Linkle might have grabbed all the headlines ahead of release for obvious reasons, but it’s arguably the all new Wind Waker epilogue that proves the more enjoyable of the two (it turns out that turning the King of Hyrule into a boat is as fun as it sounds). Saying that, it’s not like the Linkle stages are without their charms. The irreverent nature of the storytelling is a nice change of pace and the character herself is incredibly charming. Sure, many of the stages used are recycled from the main story, but with her light hearted attitude and very cool crossbow, Linkle proves a surprisingly strong addition to the already extremely impressive cast of playable characters.

If you have a New 3DS, I really can’t recommend, Hyrule Warriors Legends enough; it’s gorgeous to look at, runs beautifully and is home to an absolute mountain of content. Yes, its still home to the same core Musou gameplay as always, but it has been refined to within an inch of its life here and the ability to swap between characters on the go really does add an exciting new element to the gameplay. Sadly, if you’ve got a bog standard 3DS/2DS then, well, perhaps you should give this a miss. The content is all there, but it runs poorly and doesn’t look nearly as good.