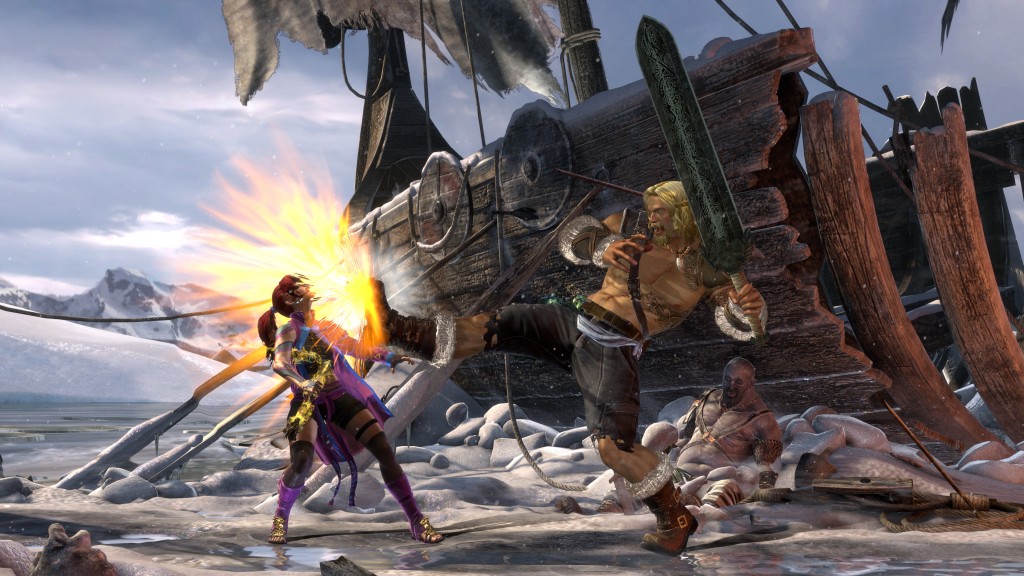 Killer Instinct might well be the most underrated video game of the generation. Don’t get me wrong, those who play it tend to love it (or at least like it), but it feels as if its evolution from a solid, if somewhat content light fighter, to one of the strongest video games in the genre has gone largely under the radar. Yes, the updates for each season aren’t exactly cheap, but if you’re looking for an alternative, and decidedly more experimental fighter than the brilliant, but ultimately rather safe Street Fighter V, Killer Instinct Season 3 provides a great opportunity to jump into one of the deepest yet surprisingly accessible fighters released in recent memory.

Honestly, even if you’re unsure about going all in, if you have any interest in the genre whatsoever, it’s worth downloading the brilliantly and very fairly structured free-to-play version in order to check out one of the best tutorials in any game, well…….ever I suppose. Working as both an introduction to the game and the genre in general, this fantastically structured and highly enjoyable set of tutorials will give you a great introduction to Killer Instinct’s solid core mechanics and (arguably genre leading), combo system.

Of course, plenty has been written about Killer Instinct’s somewhat unique mechanics and its brilliantly cathartic combo system, but now, with the new content delivered via the Season 3 update, Killer Instinct finally has a framework worthy of its fantastic core mechanics and a roster of fighters as interesting, diverse and beautifully conceived as any fighter on the market. 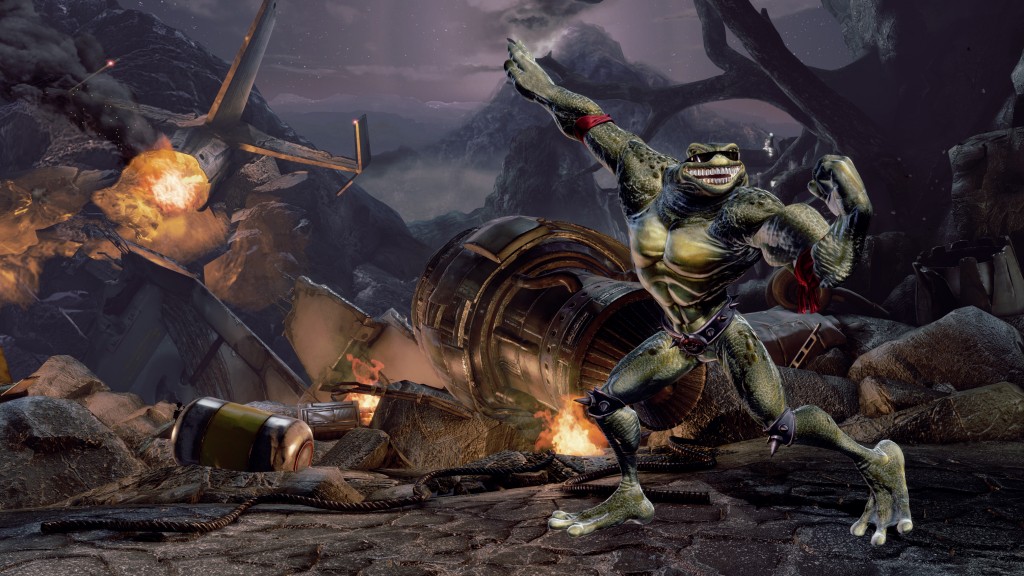 That is especially true of the four new fighters added in the first bout of Season 3 content. Guest appearances in fighters are far from a new thing, but rarely have they been implemented with as much care and attention as Iron Galaxy have lavished upon the two big name fighters added in the initial Season 3 drop. Not only do Halo’s, The Arbiter and, Battletoad’s, Rash prove surprisingly fantastic fits for the broad but beautifully honed, Killer Instinct universe, but they carry on the games’ penchant for wildly diverse characters and move sets.

One of the great things about Killer Instinct is that the combo system is built upon a relatively standardized skill set shared across all characters. It is, with the help of those fantastic tutorials, relatively easy to pick up, but (and I apologise for the well-worn cliché), extremely difficult to master. Throwing together a decent sized and visually spectacular combo won’t take the majority of gamers very long at all, but you only need to take a look online to see what a highly skilled player can achieve with the toolset provided. As much as the combo system is shared across characters though, the unique moves, approaches and special abilities of the 22 strong roster ensure that Killer Instinct is a fighter with tons of personality and plenty to learn for those eager to check out the games’ full cast of fantastically varied fighters.

It’s not just the fighters either; the stages are also beautifully designed, and while some are inevitably stronger than others, you only need to take a look at the Arbiter’s, Halo themed stage to see how much effort has gone into creating stages as memorable and varied as their fighters. As with all previously released stages, those here, be it Tusk’s ice bound, Nordic inspired location or, Kim Wu’s incredibly detailed Chinatown level (sadly, Rash doesn’t have his own level), all of them, while not directly interactive, deliver plenty of spectacle, with each exploding into action at the sight of an Ultra Combo finish. 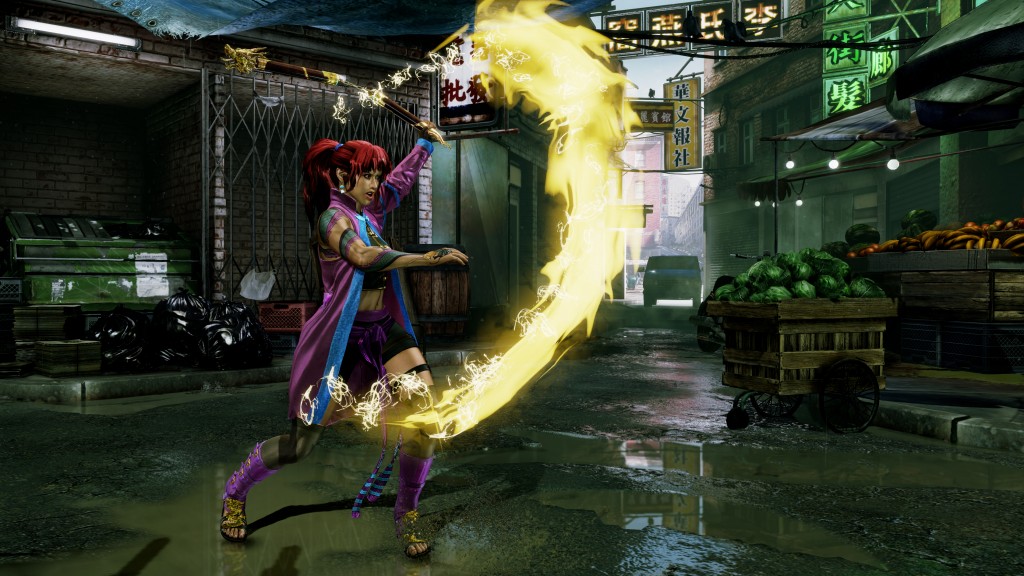 Alongside the varied collection of new fighters, Killer Instinct Season 3 is now home to an array of varied and addictive single player content. Beyond all new challenges and the soon to be released, ‘Shadow Lords’ mode (which promises a potentially never ending collection of single player challenges), each character released across the Season 1 and Season 2 downloads now has their own collection of unique Story Mode challenges, and with the same due for all Season 3 characters in the coming months, Killer Instinct represents one of those rare fighters that could be genuinely enjoyed as an exclusively single player experience. Of course, there is plenty of multiplayer content for those looking to test their abilities online, but it’s nice to have that option available for those put off by thhe extremely competitive world of online fighting.

Beyond the content available right from the off, Gargos, Mira, General RAAM (of Gears of War fame), and a fourth, and yet to be announced mystery character will all be added to the already impressive roster of fighters in the not too distant future. If it wasn’t already, Killer Instinct Season 3 has to go down as one of Microsoft’s strongest first party offerings and a genuine contender for best fighter of the generation.

Jago and Fulgore might not be able to compete with Ryu and Ken in terms of mainstream awareness and Iron Galaxy’s, Killer Instinct might never achieve the kind of success that it so richly deserves, but for fans of the genre or those simply looking to dip a toe into its notoriously unforgiving seas, Killer Instinct Season 3 represents a game that is surprisingly welcoming to newcomers while delivering more than enough depth to keep the hardcore busy for months on end. It has taken a while to get to where it is today, but with more content due in the coming months, Killer Instinct now stands comfortably at the top table of the fighting genre.