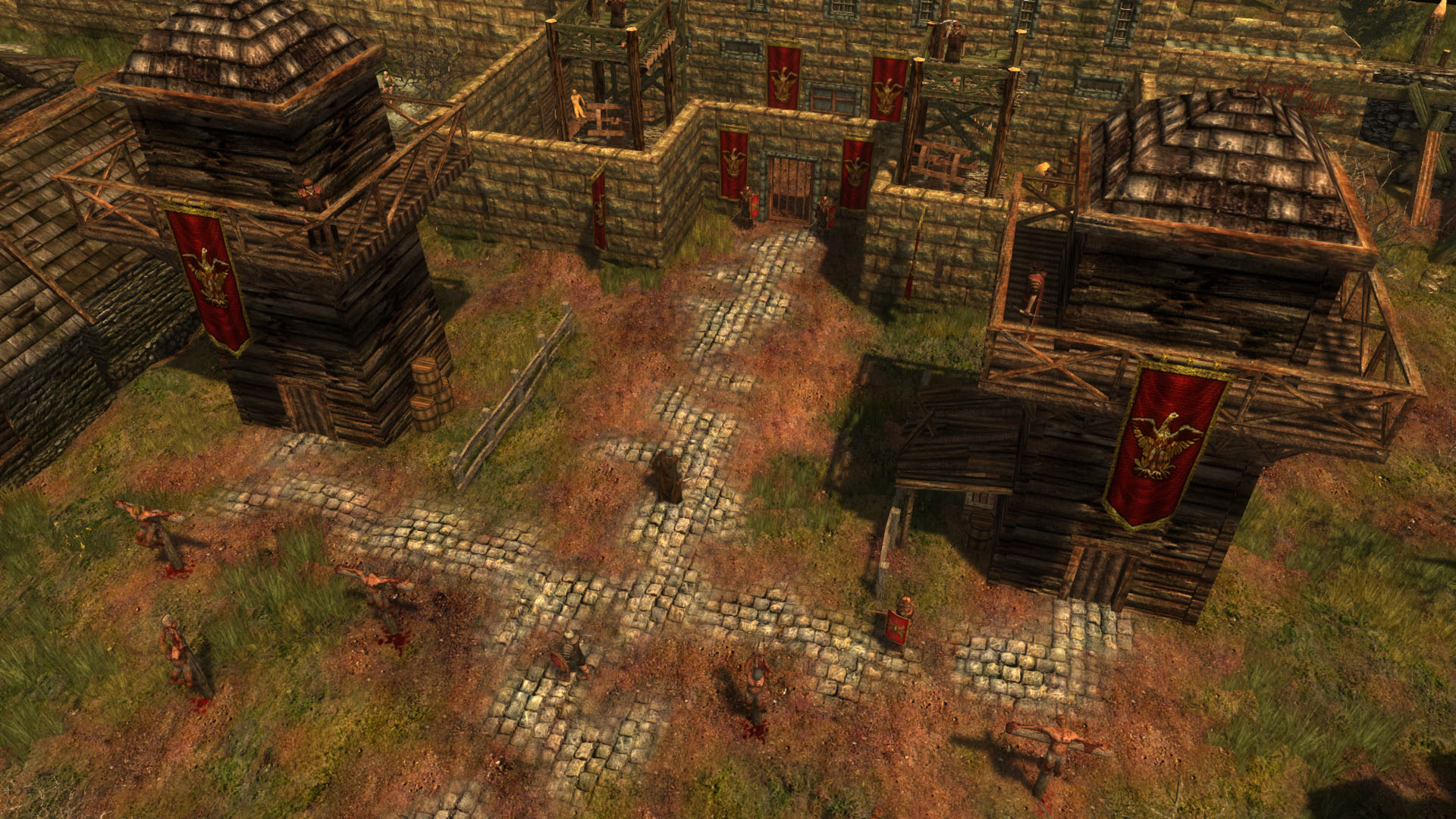 Before we begin, allow me to provide a definition of the term ‘Decadence’. I don’t mean it to be patronising; in fact I wasn’t sure I knew the entire meaning myself! Decadence (noun) is the moral or cultural decline as characterised by excessive indulgence in pleasure or luxury. Boom! Straight from the off we’re presented with a message for society. Overconsumption will be our downfall, according to the premature crumbling of the Roman Empire in The Age of Decadence. So straight away we know this game is going to be pretty hardcore, and we’d be more than correct in that assumption…

In The Age of Decadence the player is presented with a ‘tutorial’ which consists of a training arena. That is all. There is no ushering the player in the right direction, holding your hand as you learn the mechanics of the game. There isn’t even a hand for goodness sake! As I mentioned the game is set after the downfall of the Roman Empire, in a post-apocalyptic and low-magic interpretation of such a world. It makes a great change from the typical gun-toting, mutant slaying of most post-disaster RPGs. Plus Rome was awesome so you’ve got a winning combo right there. Let’s move on to some pros and cons of The Age of Decadence.

The Age of Decadence boasts a robust skill system with 23 different talents to master. This system is further divided into combat skills such as dagger and blocking skills, as well as civil skills involving trade and persuasion. It is also a nice touch that they’ve added such civil skills as the use of etiquette to charm NPCs with, and the lore skill to show off your knowledge of the world. Such skills are useful to the player, as dialogue options will often appear that can get you out of a sticky situation, providing said skill is of a high enough level. 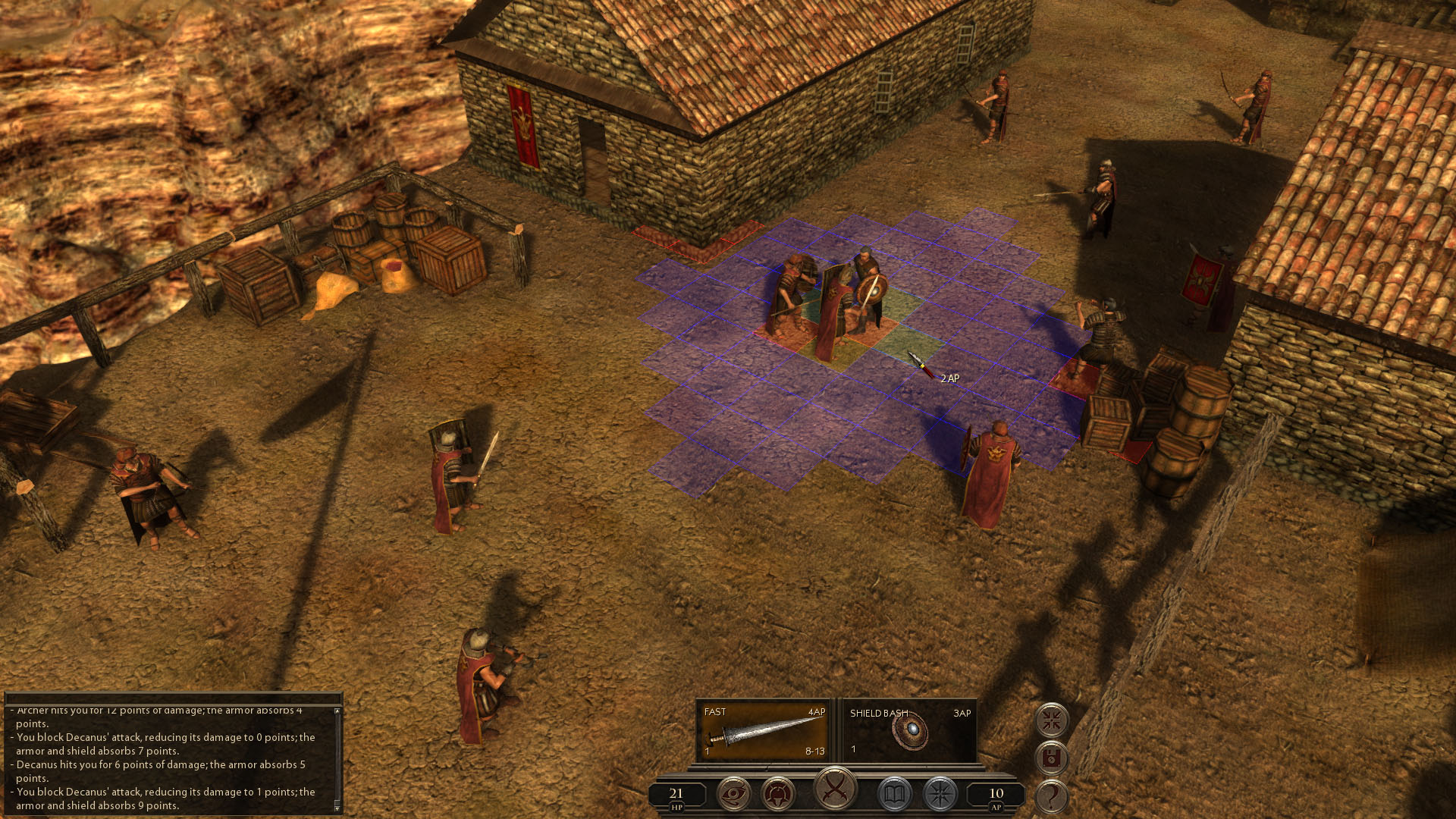 Don’t flake out on your civil skills, seeing as there are rumoured to be over 600,000 lines of text in the game… Go back and read that number again if you want, but you did read it correctly the first time! This provides a great sense of immersion, as the lore of The Age of Decadence feels more than fleshed out, it feels like it’s permeating every person and object in the game.

Contrary to the fantastic display of lore, The Age of Decadence has some rather dated looking graphics. It reminds me of a somewhat more up to date version of Runescape. Combat animations are poor and the camera feels clunky – staying in one place as your character runs off-screen. This can be a nightmare if you lose sight of them in a busy city, but luckily there is a ‘centre-on-character’ button in the HUD. There is also very little character customisation in terms of their looks – yes you can get new armour and clothing, but there are very few options for facial and style-based character alteration. Doesn’t matter though as you’ll likely be killed many a time anyway so who cares!?

Speaking of immersion breakers I’ve got a thought – and it is just that, not a criticism. There is a type of fast-travel system in The Age of Decadence. When an NPC gives you a quest you can sometimes exit a building and go directly to the target destination i.e. Feng the Loremaster’s hut. This is really useful but having not discovered said hut immediately during my first sitting, I found it confusing when I was suddenly chatting to this bloke called Feng instead of my greedy trader boss. Like I say it’s just a thought, but for me a fast-travel function is not a necessity in an immersive RPG. 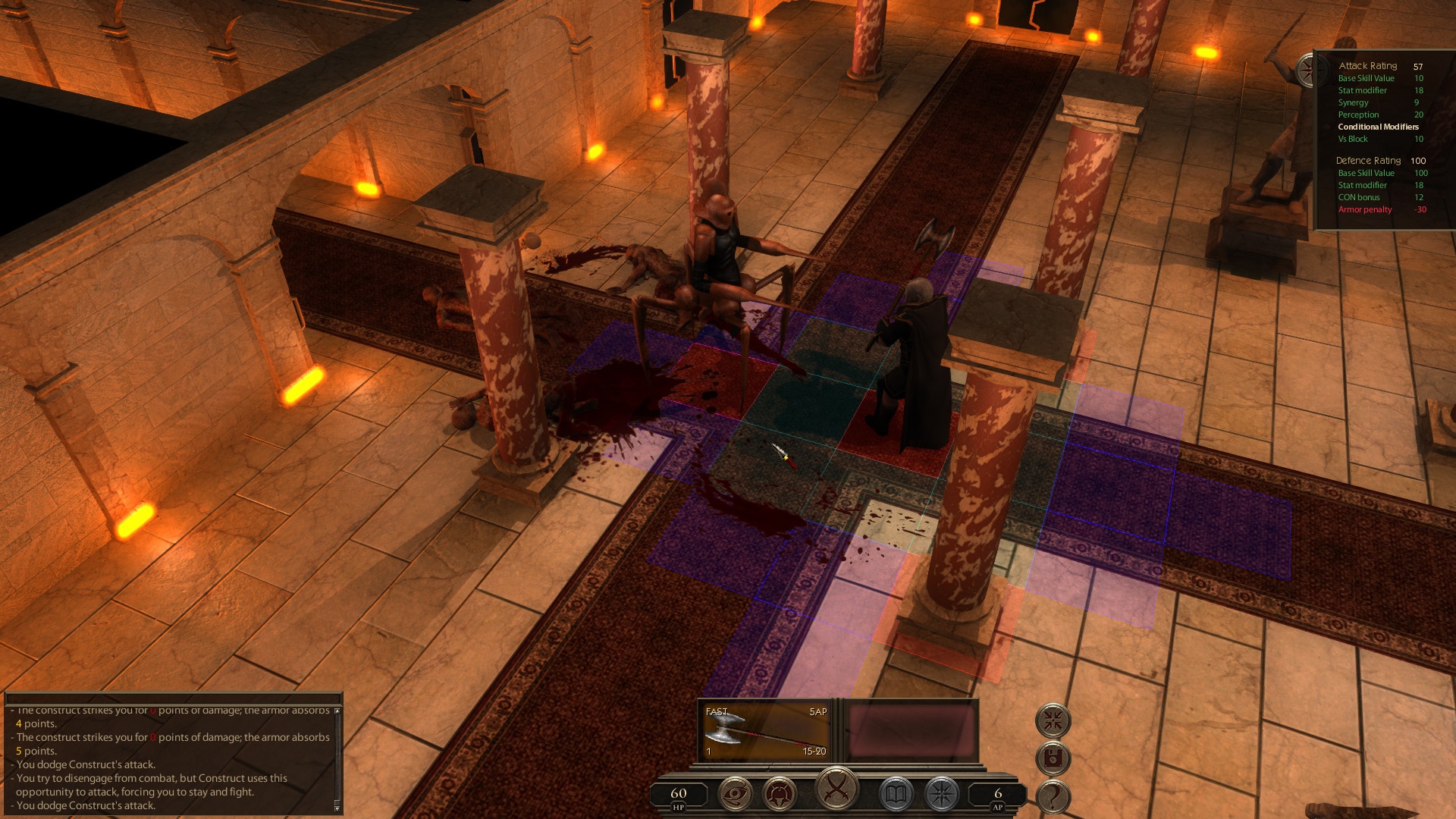 I had another thought that I’d also like to throw into the proverbial melting pot if I may. The Age of Decadence gives the player total freedom of choice. It has a non-linear story and as such you are faced with an often daunting world filled with a multitude of choices all at once. This will turn many players off, especially if they are looking for a game that can be picked up and put down every fifteen minutes. I also found this openness a little overbearing and ended up going from a promising Commercium trader, to assaulting the city watchtower in a mere half an hour – going totally against the motivations of my employers! Whether this is a poor design choice remains to be seen as I lose more hours in the game.

First and foremost The Age of Decadence does NOT focus on combat. Whilst the combat system is there, it’s usually always more beneficial for players to use their mind and words to overcome opponents; much like in real life. After attempting to gut everyone in my first play session, I realised how hard it was to even take on one enemy, let alone three or four as in most modern RPGs. That’s because in said RPGs you’re the hero who has come to deliver the realm from evil, but in The Age of Decadence, you are but a humble citizen carving an existence in the residue of Rome.

If I could compare The Age of Decadence to other video games I would say it reminds me of the D&D series, sprinkled with the essence of Runescape. For £22.99 you’re getting a deep and provoking experience to really sink your gladius into (or not as the case may be). The Age of Decadence is worth every penny and it has a demo on Steam to boot, so you can try before you buy!