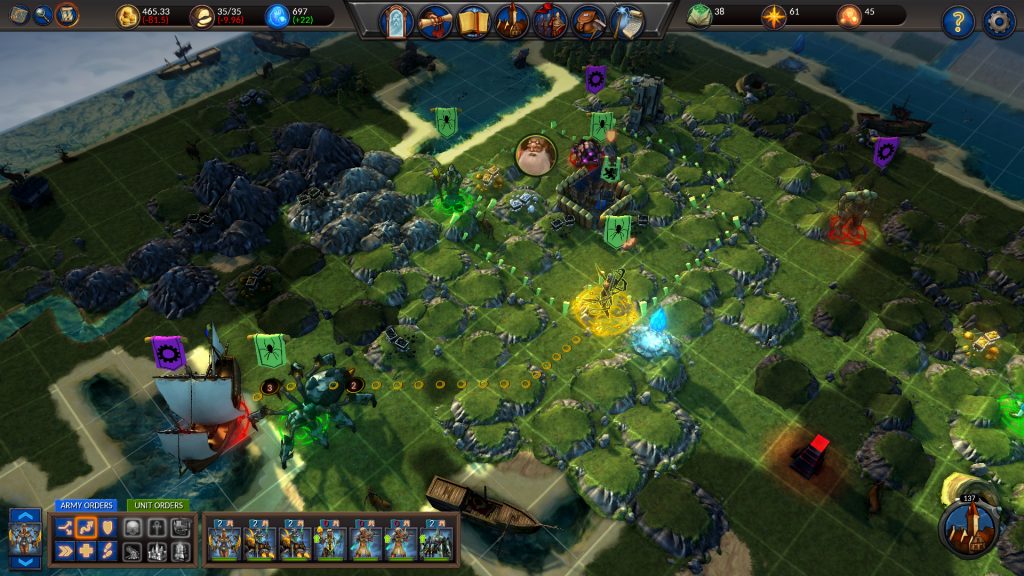 Planar Conquest is a 4X strategy game in a similar vein to the Civilization series. That opinion is about as close you’ll get to the likes of Civ though, let’s explore the depths of the dingy dungeon that is Planar Conquest, and find out what makes it fun and what makes it faux-pas.

The game essentially plays out that you’re an all-powerful and omnipotent sorcerer guiding a civilisation to glory across a range of ‘planes’. Each plane is themed i.e. the earth plane, water plane, sky plane etc. Different game planes have differing traits such as the earth plane is very much like our green planet, whilst battle in the sky plane takes place in the clouds, leaving little room for settlement (unless you’ve played Bioshock Infinite). When I read about this feature I thought we were onto a winner with Planar Conquest, and in many ways we are.

The concepts behind the game are great – unique, customisable sorcerer, huge procedural game world spanning different planes and a plethora of enemies to wage war on. The game however, self-combusts into a fiery mage-ball of disappointment. The main issue here being none of the above – it’s actually the base difficulty of the game. Even on the lowest difficulty I was regularly having my wizard’s hat handed to my robed ass, by enemies that should have been easy to defeat.

When going into a battle against neutral powers in the early game, a tool-tip appears to suggest whether or not it will be an easy fight. I marched in my huge army to slay some floating Buddha (who was a “low threat”), and promptly lost all but my unit of clerics. At first I thought I just sucked but after 6 fresh start games on various difficulty levels, I can confirm that the tool-tips are a load of junk and that virtual Buddhas are smelly. 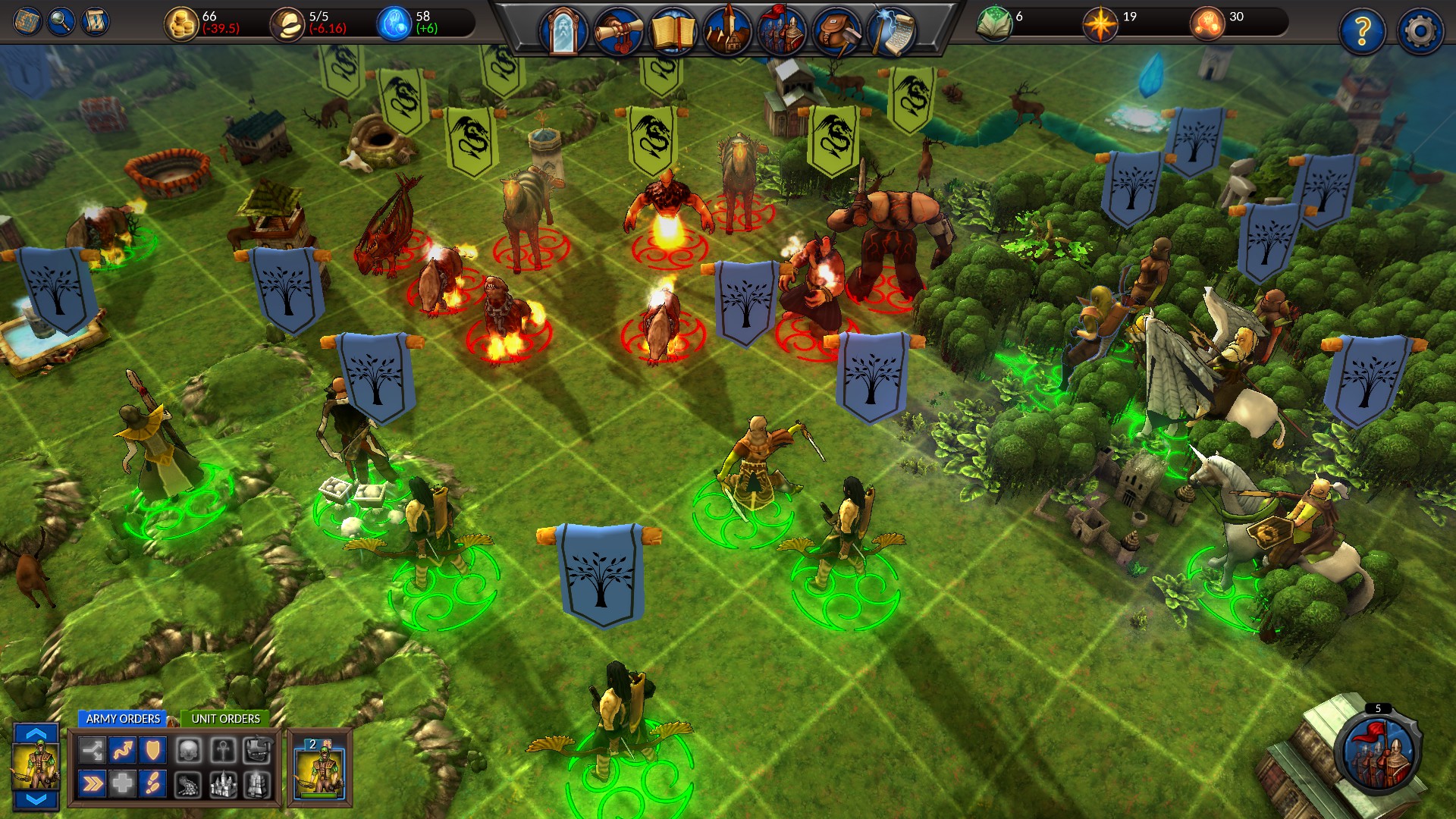 Planar Conquest boasts a tactical combat system, possibly inspired by the one seen in rival high-fantasy 4X “Age of Wonders 3”. let me tell you it isn’t quite a system to boost about though. Tactical combat done right is gripping and can make you feel epic for taking out an army with your hero units. In Planar Conquest however, the player is limited to running around a bunch of headless chicken soldiers trying to strike the opponent, whilst getting slaughtered left right and centre. You can support troops with spells and blast your opponents for good measure, but this really is the depth of the ‘tactical’ combat unfortunately.

I’ve done a whole lot of complaining and feel thoroughly rotten now, but listen there are some great sides to this game too – let’s have a little peek shall we? I’m a big fan of 4X strategies; even if Civ 5 is my favourite in the series (yeah I said it, please don’t shoot me!). I’m also partial to a fantasy RPG too so that explains the excitement at seeing the potential in Planar Conquest. The sorcerer creation system is refreshing and gives birth to a huge amount of replayability as well as strategic depth of play style. Creating a fiery and evil death sorcerer is classic but you can have just as much fun with the school of mind magic or even create a healing water wizard. The choices here are many and varied, setting each game up to unique. At this point you also choose which planes are in play, allowing the game map to be tailored to the experience you want.

Not only does the player get to choose from all of the above – they also get to select a starting race. Each race has it’s own benefits and drawbacks, as well as unique units and buildings. Humans, elves, dwarfs and dragons all make an appearance, as well as some strange bug people and the undead… 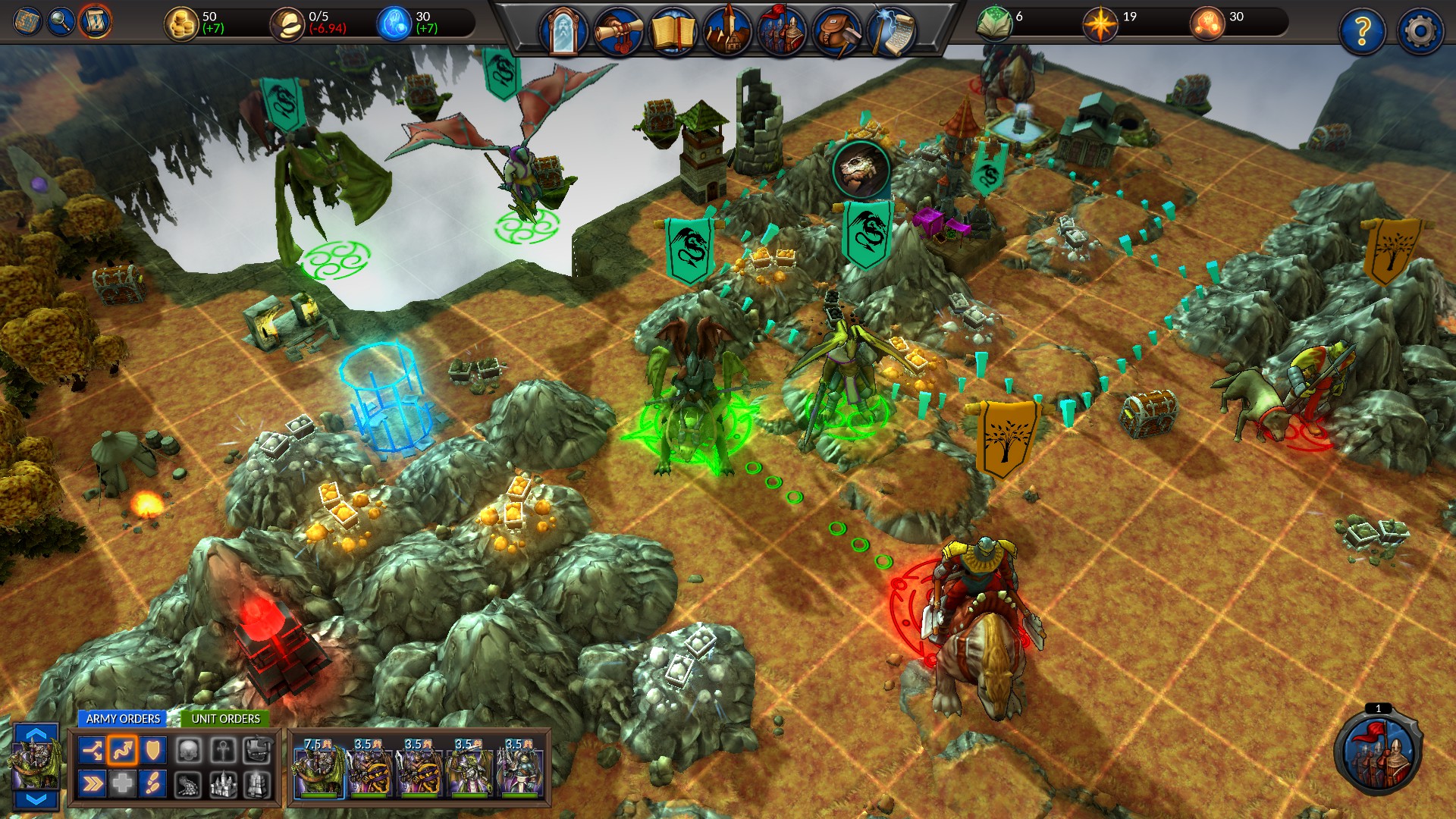 The developers of Planar Conquest opted for a slightly cartoony look to the visuals, with large success. The screenshots on Steam certainly look appealing, with their bright and vibrant hues. Terrain is soft and the water looks crystal clear with a sparkle that should be commended. I think they’ve really nailed the visuals for the most part. Sometimes the same texture repeated can get a little boring though, and the game does suffer from some tearing issues on certain unit models i.e. the swordsman. The tactical combat graphics are actually a little bit of disappointment however, despite the models being smaller in size. Little niggles aside the fantasy essence has been captured nicely across the planes of Planar Conquest.

In summary Planar Conquest is a unique twist on the 4X genre, but unfortunately the execution leaves it feeling less than four-dimensional. In fact it feels distinctly “early access”, lacking the polish to make it a true competitor for the likes of the Civilization series. The developers are still releasing fixes but as of yet I’m still waiting for a content update. Not that there isn’t enough to do in Planar Conquest (because there is), it’s just that a big update might prompt some positive presentation changes. For £18.99 I really think the experience needs to be a little more meaningful, especially in a high-fantasy twist on 4X gaming – a community already borrowed into the aforementioned giant of strategy.

With a little more direction and a hefty amount of spit and polish (hold the spit), I think Planar Conquest can move up from a 5, to a 7/10! That’d even make it worth the price tag…