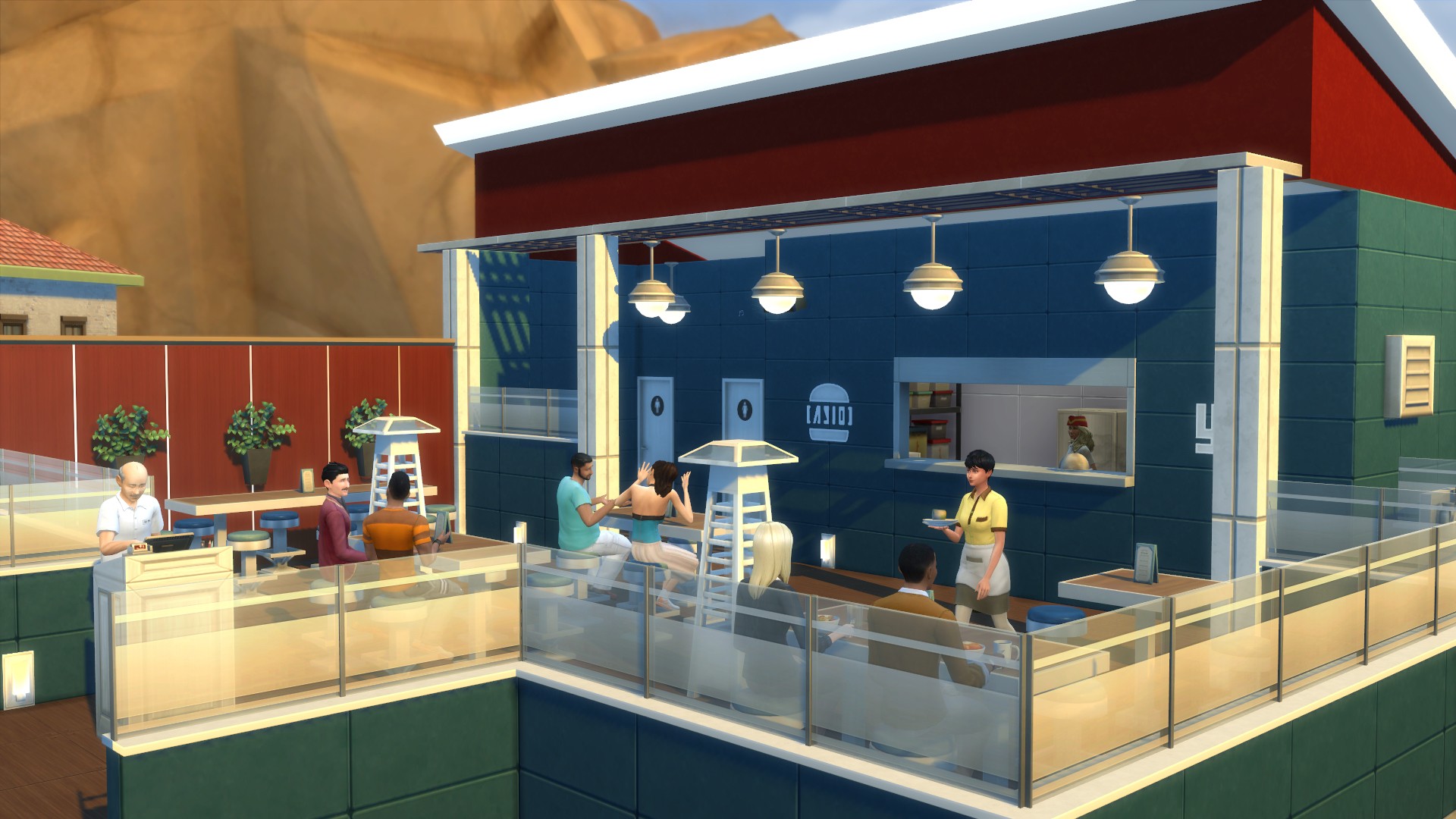 Since September 2014, when The Sims 4 was released into the world, players have been gifted (and by gifted, I mean spending £10 every time) with game packs, expansion packs and stuff packs to spoil their sims and live in a world of luxury that they otherwise wouldn’t experience in the real world – and probably don’t in the Sims without using cheats. Now, EA have released yet another Game Pack for players to shake up their Sims experience with – Dine Out.

The Sims 4 ‘Dine Out’ brings brand new gameplay to your game, doing exactly what you would expect – dining out. Take your Sims the fanciest restaurants in town and use the shaky game mechanics to have an evening out for dinner. Now, while this is an exciting addition to the game, and welcomed by many fans including myself, I can’t help but feel a little let down by the lacklustre gameplay it involves. ‘Dine Out’ gives you two new primary gameplay options and that is to go out for dinner, order food and have a lovely evening out; or run your own restaurant as the manager – hiring people and making sure all your customers give good reviews and get good service.

The first of these mechanics, going out and dining, was nice and I enjoyed it, but it had its unfortunately frustrating moments that I just can’t overlook. For starters, your Sim may get a call from a friend inviting you to go out for lunch with them at 12pm and by the time you get served your appetiser it’s 4pm and you’ve spent most of your sim day waiting around. There were a few kinks I couldn’t overlook either. When served, many Sims would get up and stand next to the tables and drink their drinks and ignore their foods and I’ve done my research and this isn’t just my game. 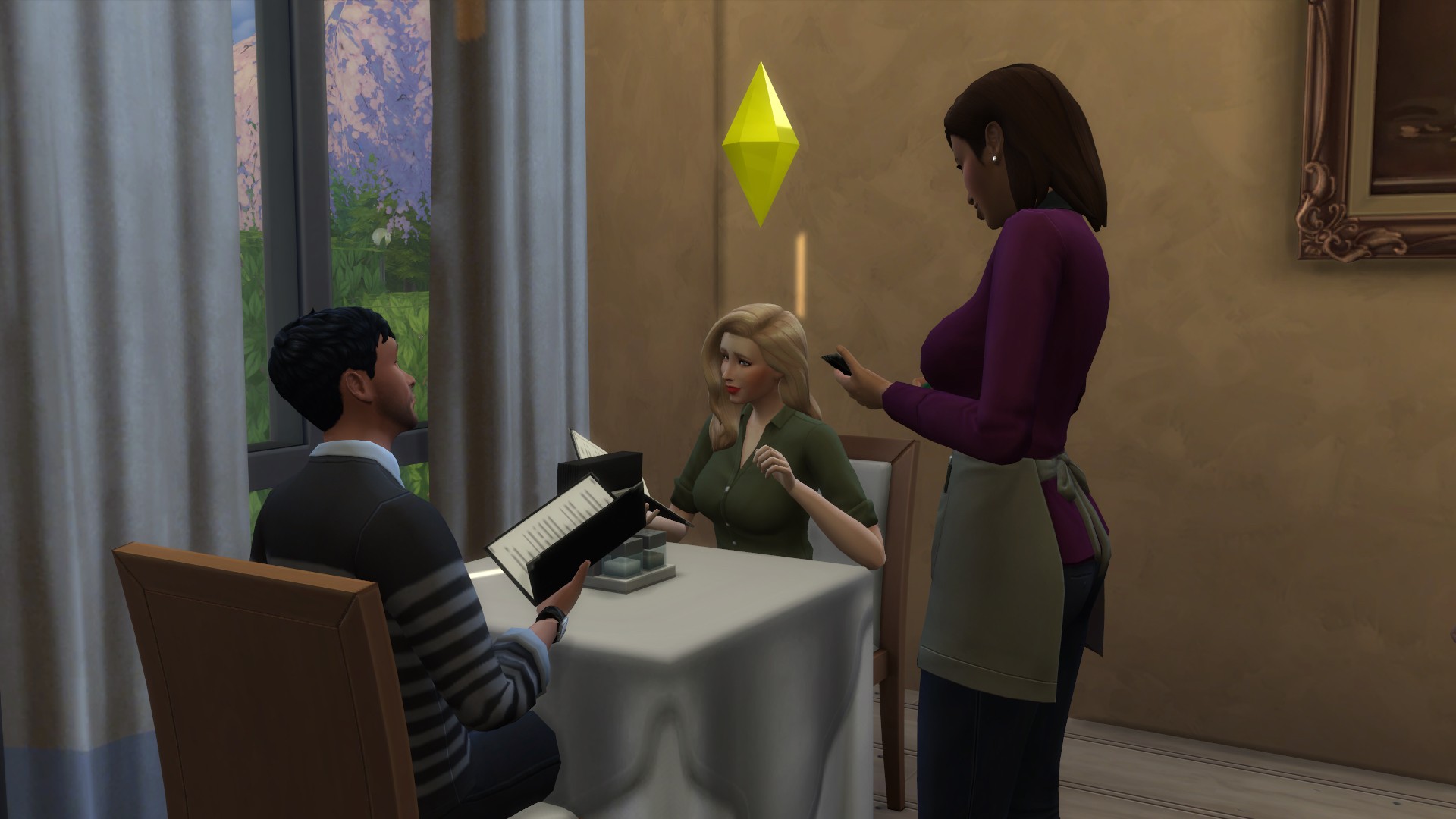 Something that also bugged me (that I’m not sure if it was just my game or not) was that after my waiter/waitress served my Sims, they would stand and watch you eat. Now, I don’t know about you, but after being given my food at a restaurant I only want to see the waiter when they come over and ask if everything’s okay with my order – if they were to stand over me while I ate I would be super uncomfortable.

Actually running a restaurant though was very fun. While I do wish I could have my Sim play more roles than just the manager, I can see why the team at EA went that way. Overlooking all the parts of the restaurant, the staff and the customer satisfaction as well as the design and the uniforms of the members of staff was a lot of fun and a great addition to the game which works well with the Get To Work expansion that was introduced to the game last year.

Speaking of making uniforms for your staff, the game pack also comes with an array of new clothing, hair and build mode items for you to customise your game with. Players are treated to an assortment of new hair styles and clothes for sims of all ages and the items in build mode are great for what the pack is. Neon signs, new tables and chairs, chef stations and various other bits and pieces make your restaurant the best it can be. 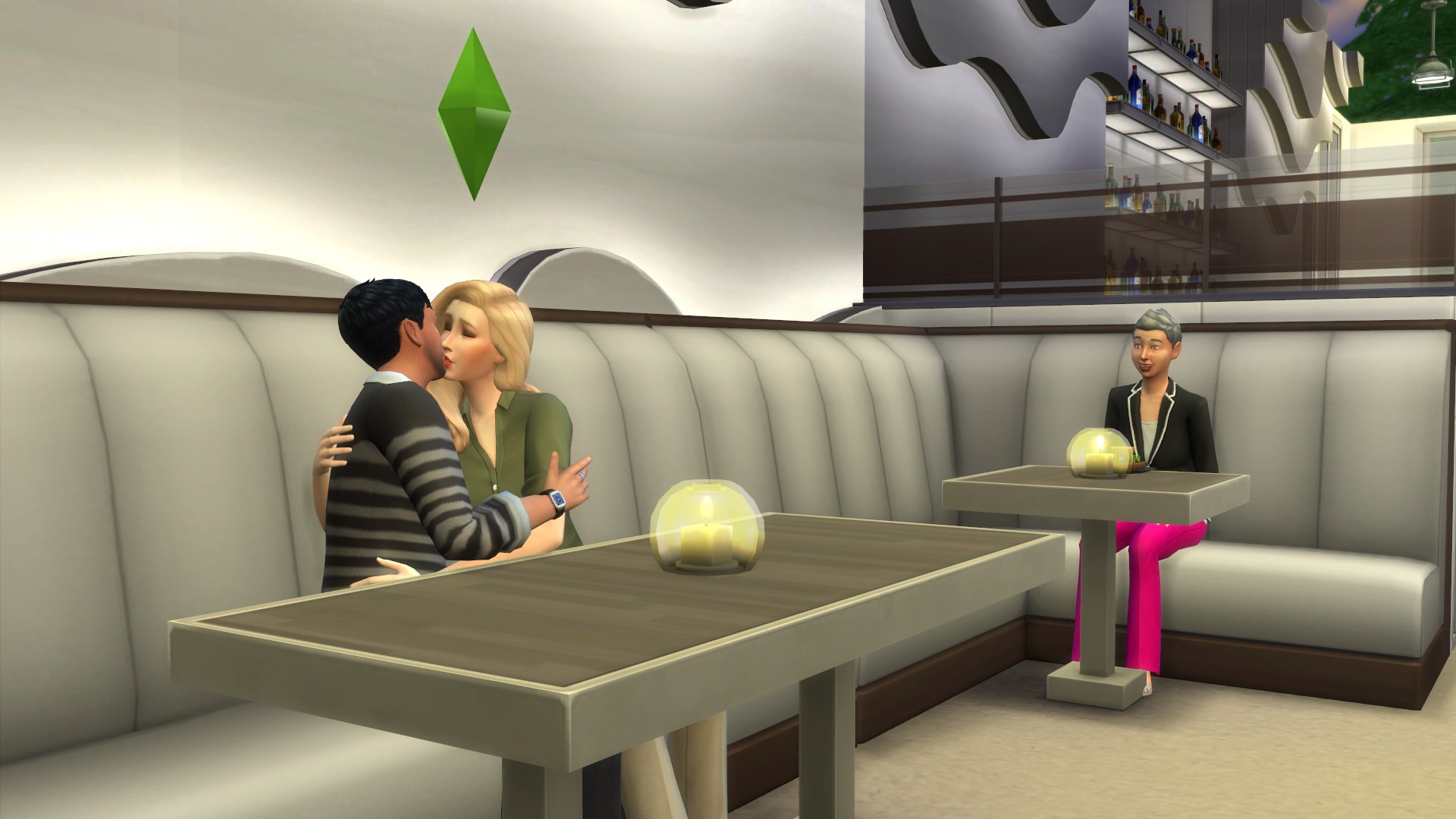 So would I recommend this Game Pack? It stands out in itself, giving players just that little more to do with their game that is previously unseen in The Sims franchise and while it feels very much like it could have been added to the Get To Work expansion pack, it’s nice to have that little something more. The game bugs that I unfortunately came across did make the game and experience of ‘dining out’ less than what it could have been – but awkward experiences with waitresses and standing up to drink a drink isn’t that big of a deal in the long run and I found it to be a pleasant experience all the same.