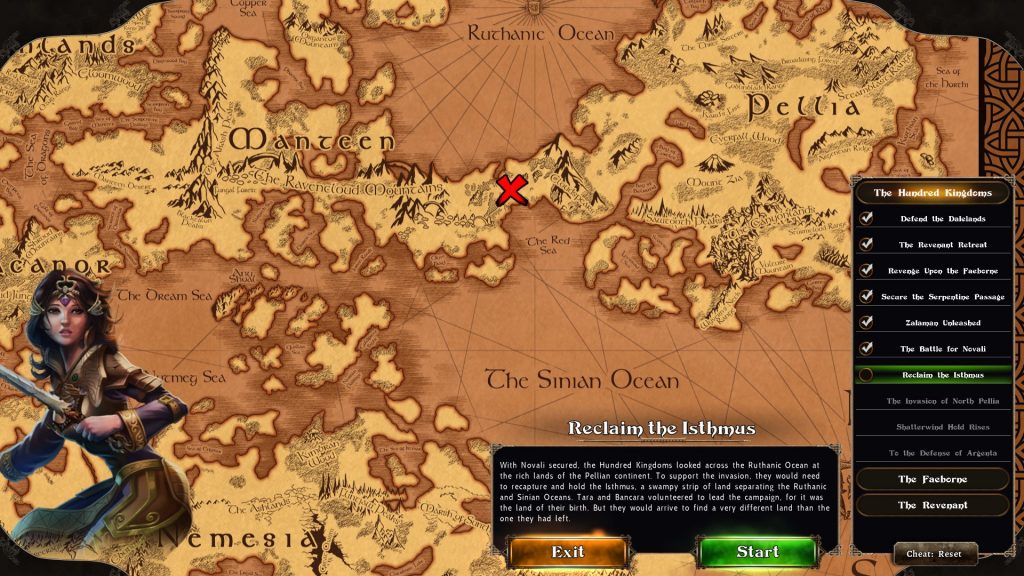 Legends of Callasia is a fantasy turn-based war game from indie developers “Boomzap Entertainment”. It combines elements of the classic board game ‘Risk’ with kingdom management and table-top card gaming. Legends of Callasia is über quick to slide into for a quick game lasting 15-20 minutes, but does it have the means to hook players in?

Something I really like about Legends of Callasia is the fact it has the classic host of game modes that we sadly see lacking in many modern video games; tutorial, campaign, skirmish and multiplayer. So often these features are unbelievably omitted from newer titles, making players feel cheated of content. It’s a shame when such modes were a standard thing in gaming 10 years ago. Legends of Callasia have played a blinder here by including the aforementioned modes, as it gives players a fantastic base amount of content to get stuck into – a few reasons to keep coming back to the title.

The graphics although simple, are brilliantly stylised to provide a real fantasy thrum to proceedings; especially at the turning of the seasons where the map takes on new colour during the winter and autumn months. As the game progresses and players take control of more territories however, the map becomes dominated by blocks of primary colour, which detracts from the overall look and feel of the wonderfully detailed game maps. 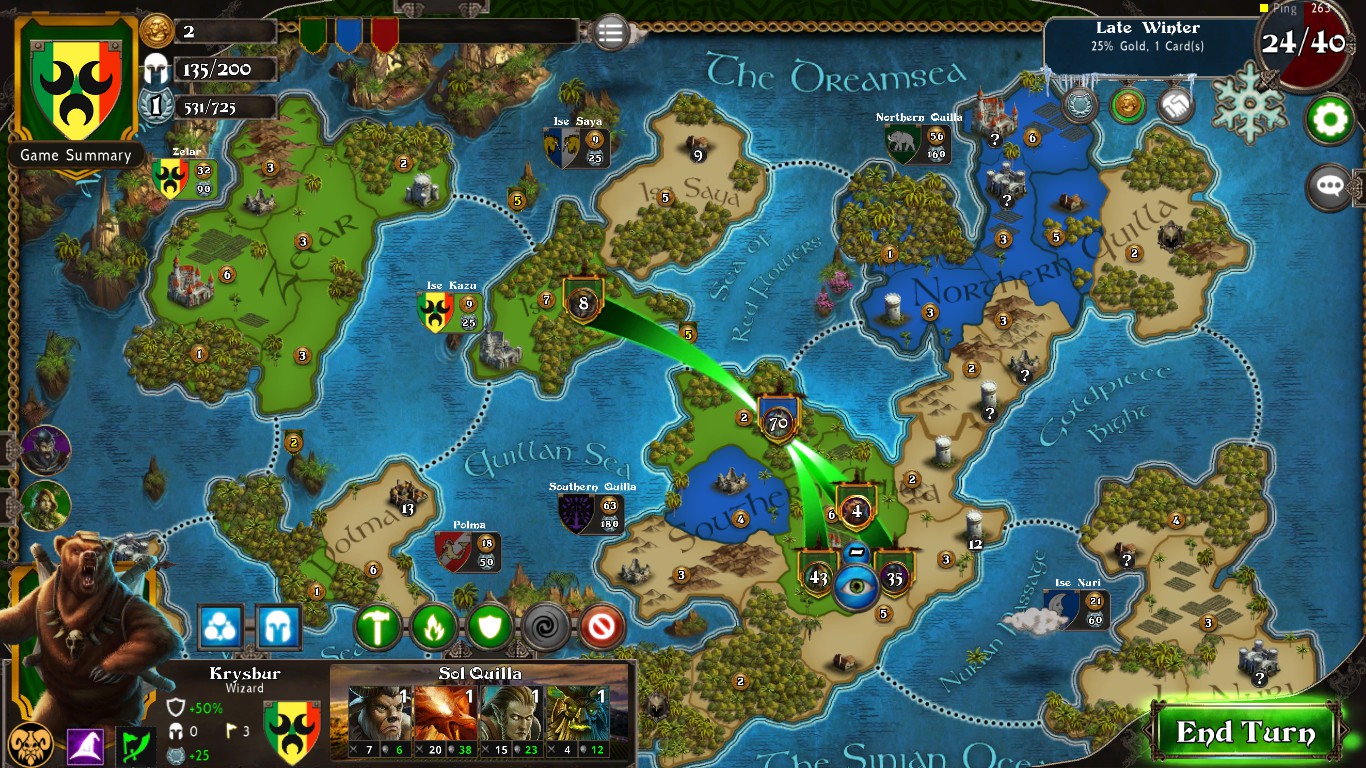 Legends of Callasia is incredibly easy to pick up and play, especially for those who are adept at turn-based strategy titles i.e. Civilisation and Paradox grand strategy titles. This could also be seen as a drawback however, as compared to such titles, Legends of Callasia feels a little dumbed down. Players find that the only resources of worth are their gold income and population cap; both of which directly impact the number of troops you can field at one time. Secondary to this is the fact you use a small amount of gold to purchase and upgrade buildings in each territory. Beyond this there really is very little in terms of kingdom management, which for me is an instant turn-off as I’m used to playing the aforementioned titles to a great degree of depth and planning.

One other neat feature of the game is the nod to Risk’s regional bonuses. Controlling all territories in a single region here will net you bonus gold per turn and also a healthy chunk of victory points, edging you closer to winning the map. This is especially relevant in multiplayer where opponents will try to prevent you from controlling a high-scoring area, yet in single player the AI seems to not care too much for which territories of yours they will attempt to grab.

Spring boarding on to multiplayer, I feel the game will gradually die a death from here. The multiplayer interface is abysmal and I wonder how long it will be from release that there are no players left in multiplayer. People will look for more challenging gameplay against their online nemeses before long, as Legends of Callasia feels more like tic tac toe at times when compared to the tense standoffs that Risk can provide. I’d take a game of Risk and some beer with my mates over this any day. 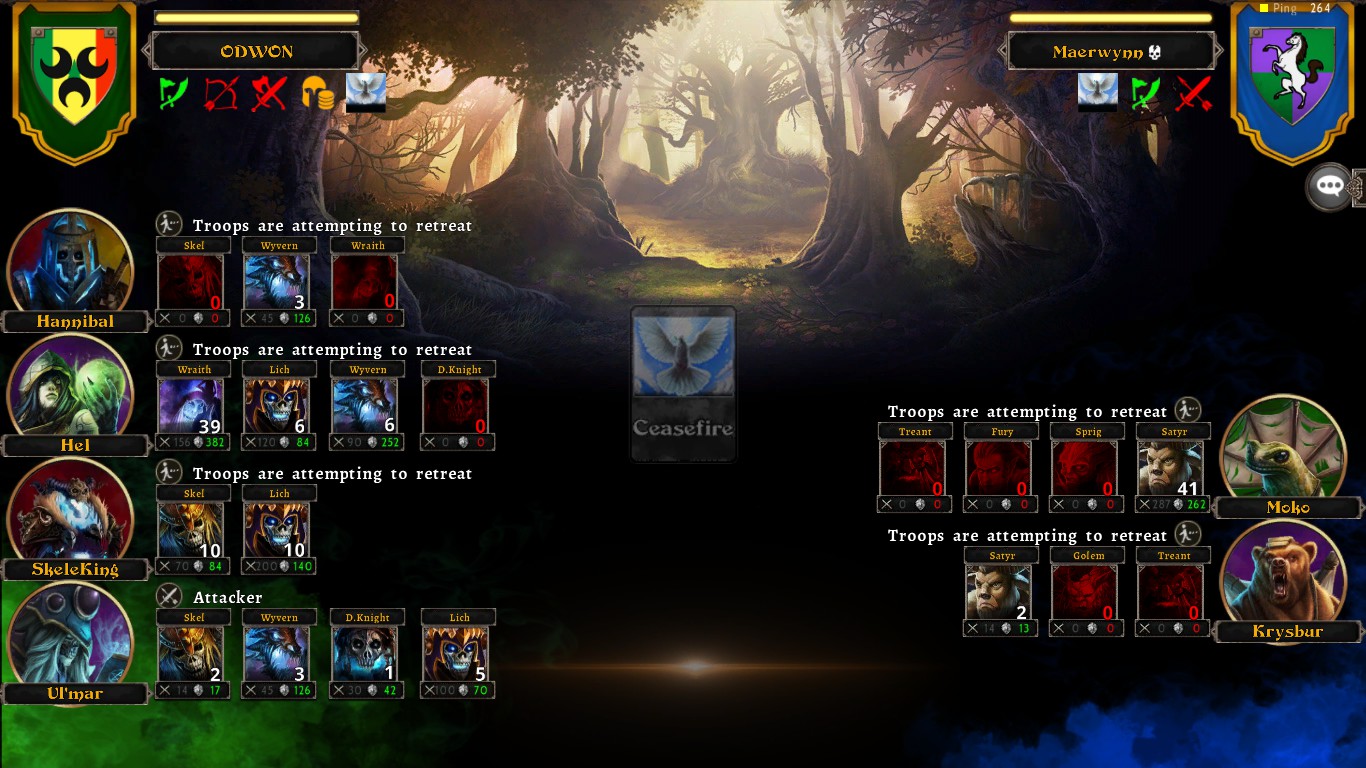 The campaign could have benefited from some voice acting for all of the heroes. The music in the game is fantastic and the accent sounds when actions are completed are also very high quality. A lack of voice acting however just reduces immersion in the world of Callasia, making you care less about the heroes with each passing turn. Some heroes have beneficial traits and abilities, yet without reading line upon line of text we can’t get a feel for who they are and what they might bring to the battlefield. A little bit of voice acting could go a long way towards telling us how they may play out for the player’s benefit.

I am worried but the way they developers have enticed players into the game by including a free demo, then asking for them to pay for the game after the first mission. There are also Kickstarter plans for some DLC. To me that just screams that the developers have intentions of milking a fairly empty game for all the money they can get – suddenly a £18.99 game becomes £25 after one round of DLC, then who knows where it may go?

Legends of Callasia is a fairly standard strategy title which for me lacks a little bit of magic. Being used to playing much deeper strategy games, Legends of Callasia just feels pretty simple and not at all challenging. In fact on the 6th mission I had to quit as the monotony of repetitive gameplay strategy took it’s toll on my brain. For players looking for a more casual strategy experience, I’d say give Legends of Callasia a go, but for veterans of more ‘hardcore’ turn-based strategies, it might not be worth your time.