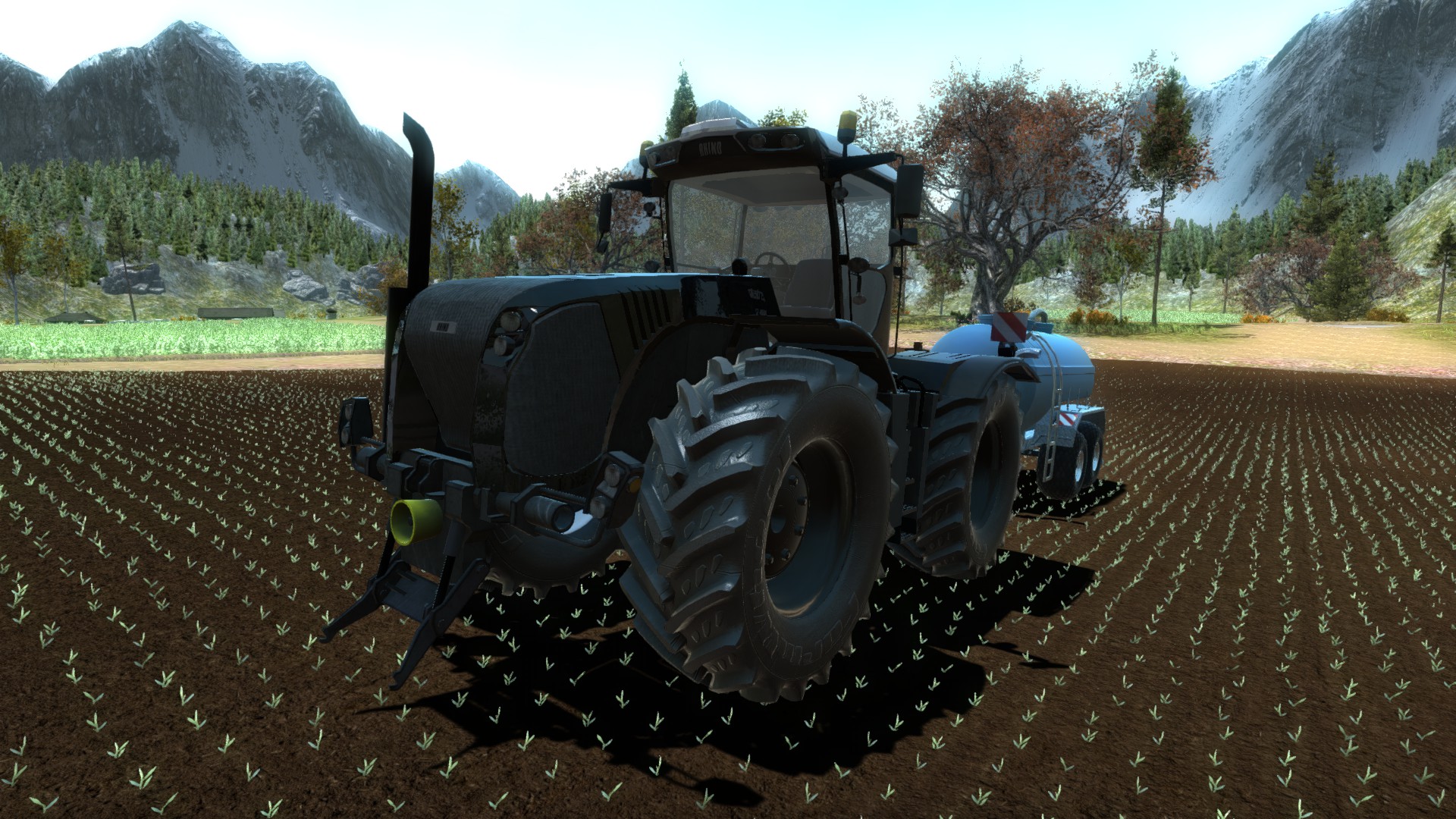 They say that imitation is the sincerest form of flattery. If that’s true, then the staff at, Giants Software, the developers of the surprisingly successful Farming Simulator series must be very flattered indeed. Visual Imagination Software’s, Professional Farmer 2017 is incredibly similar to Giant Software’s work only, well, not quite as good. Of course, the fact that, Farming Simulator wasn’t all that good in the first place doesn’t bode well for Visual Imagination’s own take on one of the more niche genres around.

It might sound like an odd one on paper (and it is), but in practice, a farm-based simulation makes more sense than one might initially imagine. Like the best simulations out there, Professional Farmer gives you plenty to do with a solid mix of time and resource management combined with simplistic but nonetheless tactile activities. It’s a rather bizarre mix of relaxation and stress that makes for something of a unique gaming experience.

In terms of its concept, there is actually very little wrong with Professional Farmer 2017. Like Farming Simulator before it, Visual Imagination’s own farming sim provides the player with plenty to do without ever over encumbering the experience with micro-management or inessential busy work. Essentially, the game is split into a handful of key tasks, with the challenge being the best way to manage each of them in tandem and thus running a successful, financial sound business.

The problem is, while the concept is fine, the execution leaves a lot to be desired. Beyond the technical issues and painfully budget appearance (especially painful given the hefty price tag), it is the collection of odd design choices and slightly wonky mechanics that make this a tough sell for even the most ardent of farming simulation fanatics (I assume that they are out there). 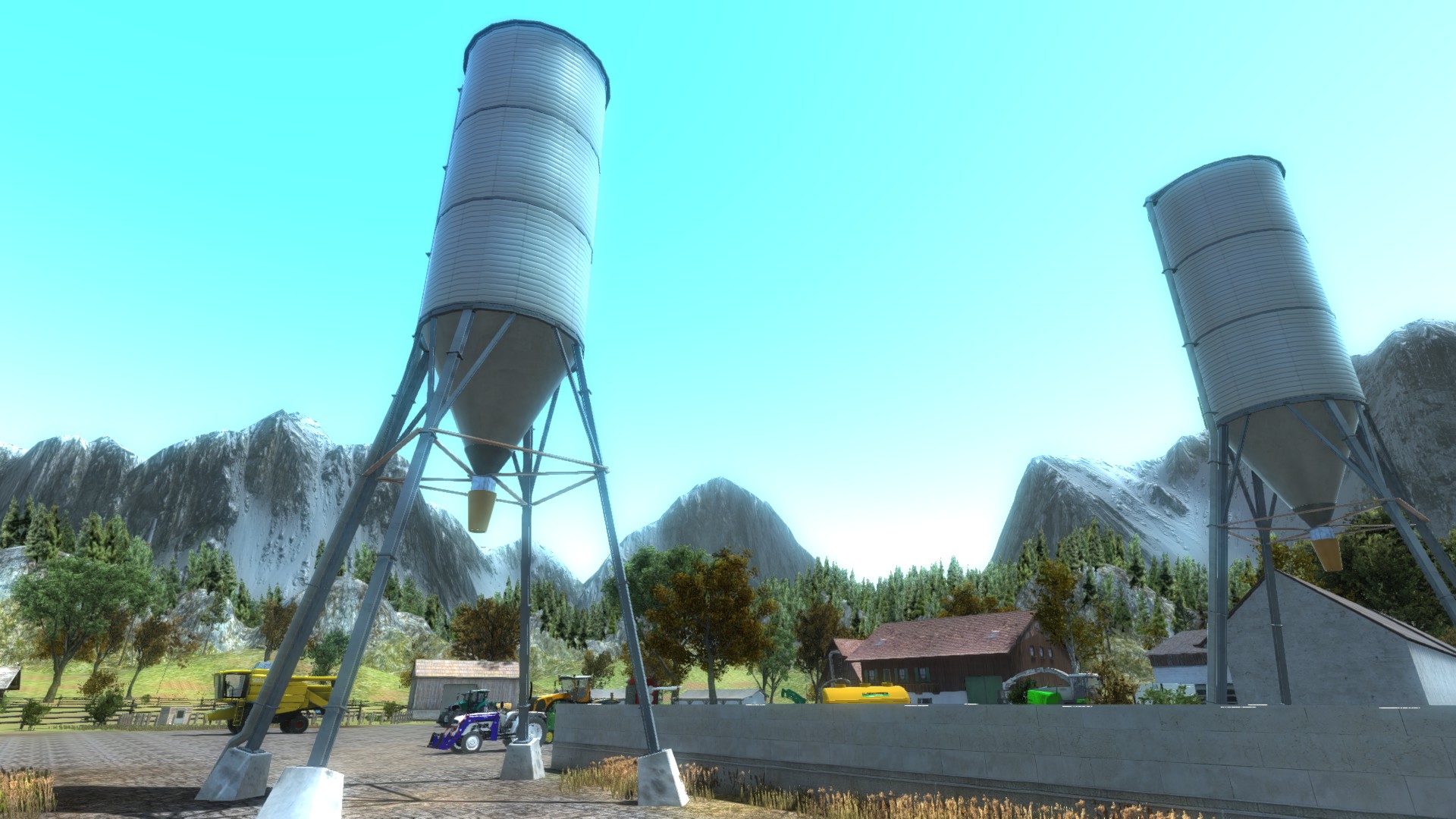 Whether it be managing your feed and animals, tending to the fields and crop via the games’ limited selection of tractors or buying and selling stock in the horrendously bland town centre, Professional Farmer 2017 ticks all of the boxes required for a game of this ilk without managing to make any of it especially fun. For a start, the vaguely Nordic looking world is ugly and uninteresting. Nobody is expecting Uncharted 4 levels of polish, but a little bit of character goes a long way and this world is all but devoid of it. The tractors themselves look ok from a technical standpoint, but everything else, while not offensively ugly, lacks charm or imagination.

It’s also far from the open world that it is sold as – this is more like Monster Hunter in that each section is split off from the last and separated by painfully long loading screens. It’s hardly an action packed adventure, but in an already slow game, having to wait for an extended period between areas did nudge me towards the land of nod on more than one occasion. They’re not quite as bad as the original Bloodborne load times, but I tell you what, they aren’t far off.

Luckily, despite its issues, the biggest part of the game is arguably its strongest. Working the land with your newly purchased tractor is oddly cathartic work. I found that cycle of ploughing the land, grubbing and seeding an addictive and largely enjoyable experience. The tractors can be a bit tricky to handle and the camera can be a nuisance at times (regardless of which of the three angles that you choose), but when you’re in the swing of picking up the right attachments, working the field with care and subsequently dispensing the crops while managing your fuel levels and taking into consideration the other requirements of your farm, Professional Farmer 2017 does provide glimpses of the game it could have been.

Sadly, these moments are usually overshadowed by the games’ array of limitations – beyond the aforementioned technical issues, the store, while limited unto itself, only purchases at cost price, thus removing any potential nuances in the buying and selling aspect of the experience. Then there is the matter of buying a new tractor. Yes, purchasing one is simple enough if you have the cash, but rather than giving you the keys on the spot, the tractor is placed back at your farm meaning that you’re left to walk back on foot to fetch it. It’s not a massive issue, but just one of an array of minor annoyances that drag the experience down. 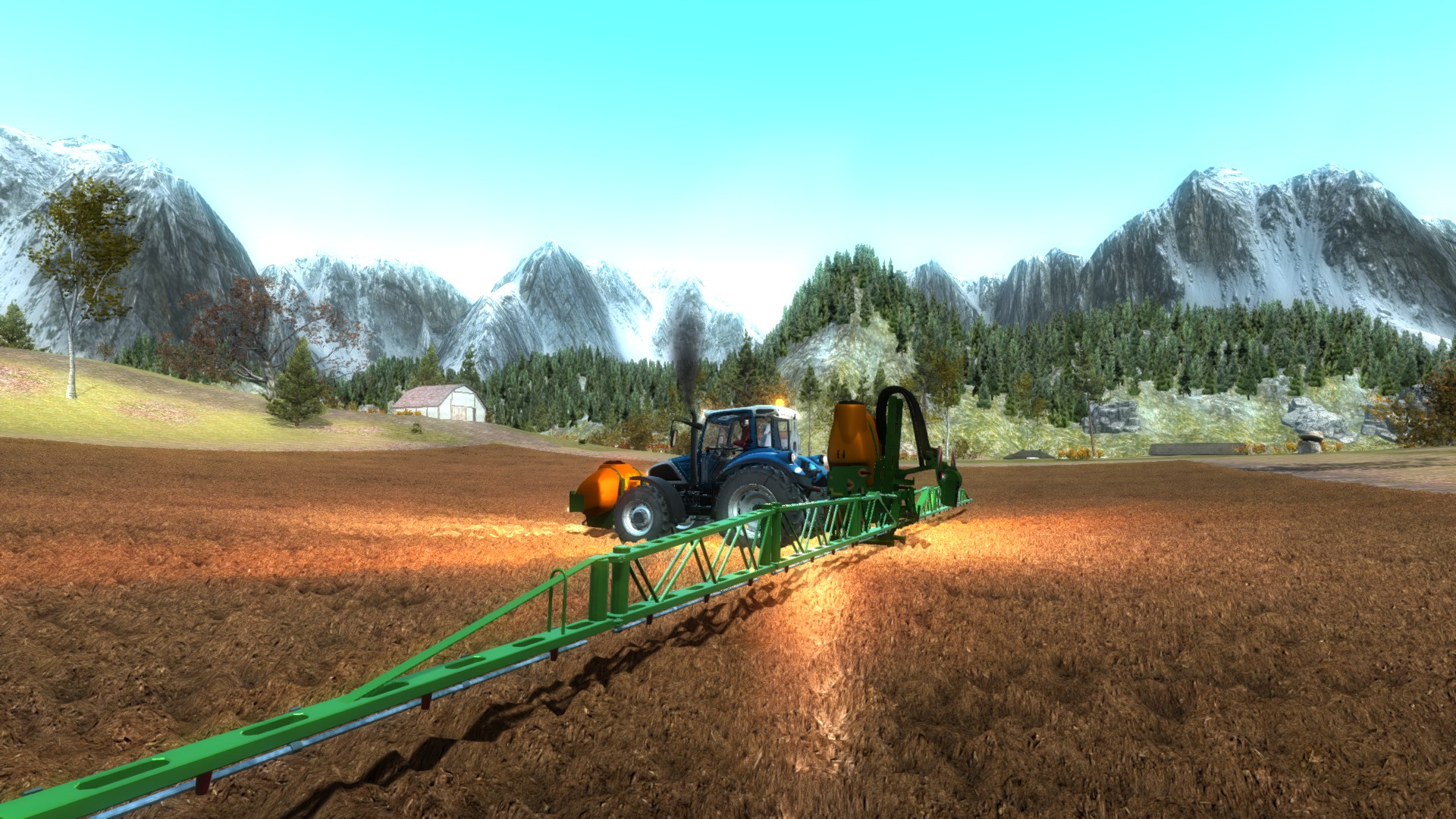 Then there is the matter of feeding and keeping your animals – it’s just too simple. While that does play into the relaxed atmosphere that the game is clearly trying to cultivate, it’s too easy to keep things ticking along with the challenge never ramping up in any meaningful way. Like the economy of the game itself, it’s all too basic with none of the nuance or depth that is required to keep players invested in the long run. Yes, things do get a bit more hectic as you expand your inventory of machinery and land, but it never feels organic or realistic. You can hire a farm hand to help out with some of the chores when you get busier, but I spent most of the time wondering where he was. He is an invisible presence in the game, and while he does his job admirably, the fact that he can’t be seen represents another technical shortcut that ultimately diminishes the sense of immersion.

The thing is, on a fundamental level, Professional Farmer 2017 works. It does what it says on the tin, but it never does it with any sense of flair or genuine quality. All the aspects one would expect from a game of this ilk are here, they’re just, y’know, not very enjoyable. It’s all a bit forgettable with the limited challenge and lack of depth leading to a boring rather than relaxing experience. In fact, the only thing likely to grab your attention is the games’ absolutely bonkers soundtrack. Sounding more like battle music from a JRPG than a slow-paced simulation, the music, like the bizarre avatars (I went with the duck) are two of the most memorable aspects of the game, but equally, completely out of character with the rest of the experience.

Professional Farmer 2017 obviously won’t be for everyone, but even for those eager to take to the world of virtual farming, Visual Imagination Software’s take on the genre proves an uneven, technically limited affair. There is fun to be had as you tend to your crop, and if you are willing to work within the confines of its limited ecosystem, there are moments in which everything comes together to create a briefly compelling experience. These moments however are far too brief, and for the most part, you’ll find yourself lamenting the poor visuals, limited options and absolutely insane soundtrack.