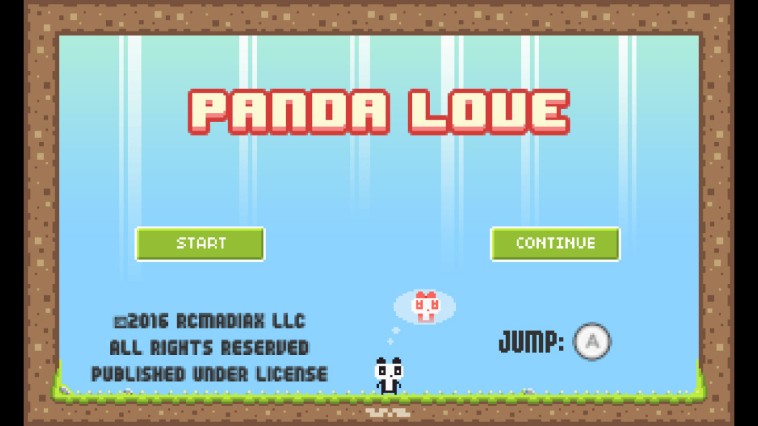 There’s two things I’ve taken away from playing Panda Love. Firstly, I now know that Nintendo has no standards or quality assurance when it comes to titles that are available through their eShop. Secondly, the WiiU is officially dead.

Panda Love is available now for £1.39 and took me approximately five minutes to complete. That’s not me exaggerating or being hyperbolic. The cup of tea I had just made before I turned the game on was still hot after I finished. As a result Panda Love now has the honour of being the first game I have ever reviewed that’s taken me longer to write about than it has to actually play.

The premise of Panda Love is simple. It’s a platform game that takes place on a single screen and only requires a single button to play. You control a panda that walks constantly in one direction until he reaches a wall, where he will turn around and proceed back in the opposite direction. Your job is to make sure he jumps at the right time in order to collect coins and avoid hitting spikes. Each level has between one and three coins on the screen and by collect all of them you open up a hole that acts as an exit. The stage will restart instantly when he comes into contact with spikes, however you do have unlimited lives. After beating around a dozen or so levels, the panda will have enough coins to buy a rose for his love interest and then the game ends. 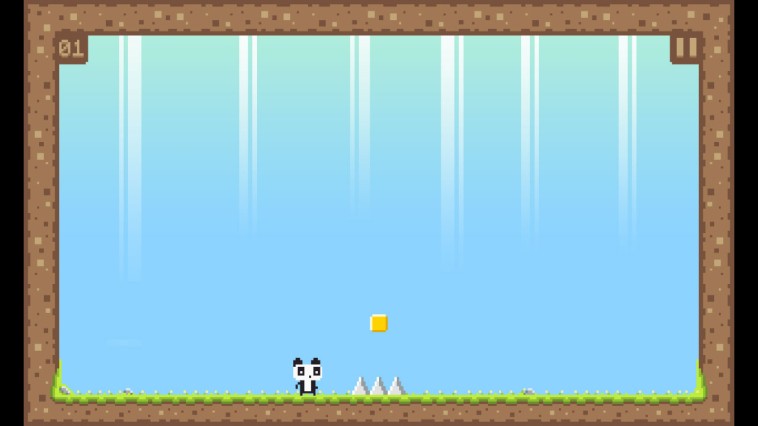 There is very little challenge when it comes to this title. Sure, I mistimed the occasional jump and ended up falling short onto spikes, however the majority of the deaths I faced didn’t come from genuine mistakes but rather from the level restarting too quickly and not giving me a chance to jump over a stage hazard placed too close to the start. This happened a fair few times.

You have no control over the direction the Panda travels in outside of leaping into a wall in an attempt to make him turn around. The strangest thing I discovered about these controls wasn’t the fact that the game is played with one button, but that with all of the additional buttons available you can only pause the game using the touch screen. This made no sense to me whatsoever. Usually it’s traditional for the ‘start’ button to pause a game, however just like almost every other button on the gamepad, ‘start’ does nothing.

Since this game was so simple to control I suspected that it was some sort of mobile port so I decided to do some research. Not only is Panda Love available on mobile for free, I also discovered a completely free browser version that plays in exactly the same way using only the left mouse button. Let that sink in. Nintendo are charging people to play a free browser game. 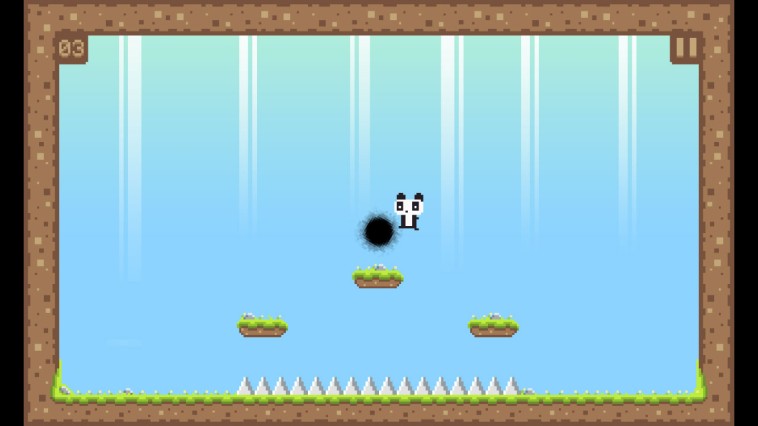 The graphics consist of low res pixel art and fall somewhere between Atari 2600 and Amstrad CPC as far as the level of detail is concerned. To this game’s credit the music is actually lovely. I’m guessing it’s probably a piece of stock music but it sounds like the opening stage of a lovely adventure game or medieval RPG. It’s very relaxing and would make a nice addition to a more interesting game.

When I mentioned ‘quality assurance’ I was referring to the amount of depth there was to this title. I didn’t encounter any bugs or glitches so at the very least this game is stable, but that’s hardly an achievement for something so basic that only lasts for five minutes.

Whenever I review a game, no matter how bad it is, I usually find some sort of plus point even if it’s something aesthetic or a mechanic that has some potential. It’s for this reason that I have never given a game a 1 out of 10 rating in the past, however when companies are selling shallow browser games on consoles then a line has to drawn somewhere. I did mildly enjoy the music, but there is nothing of value here.