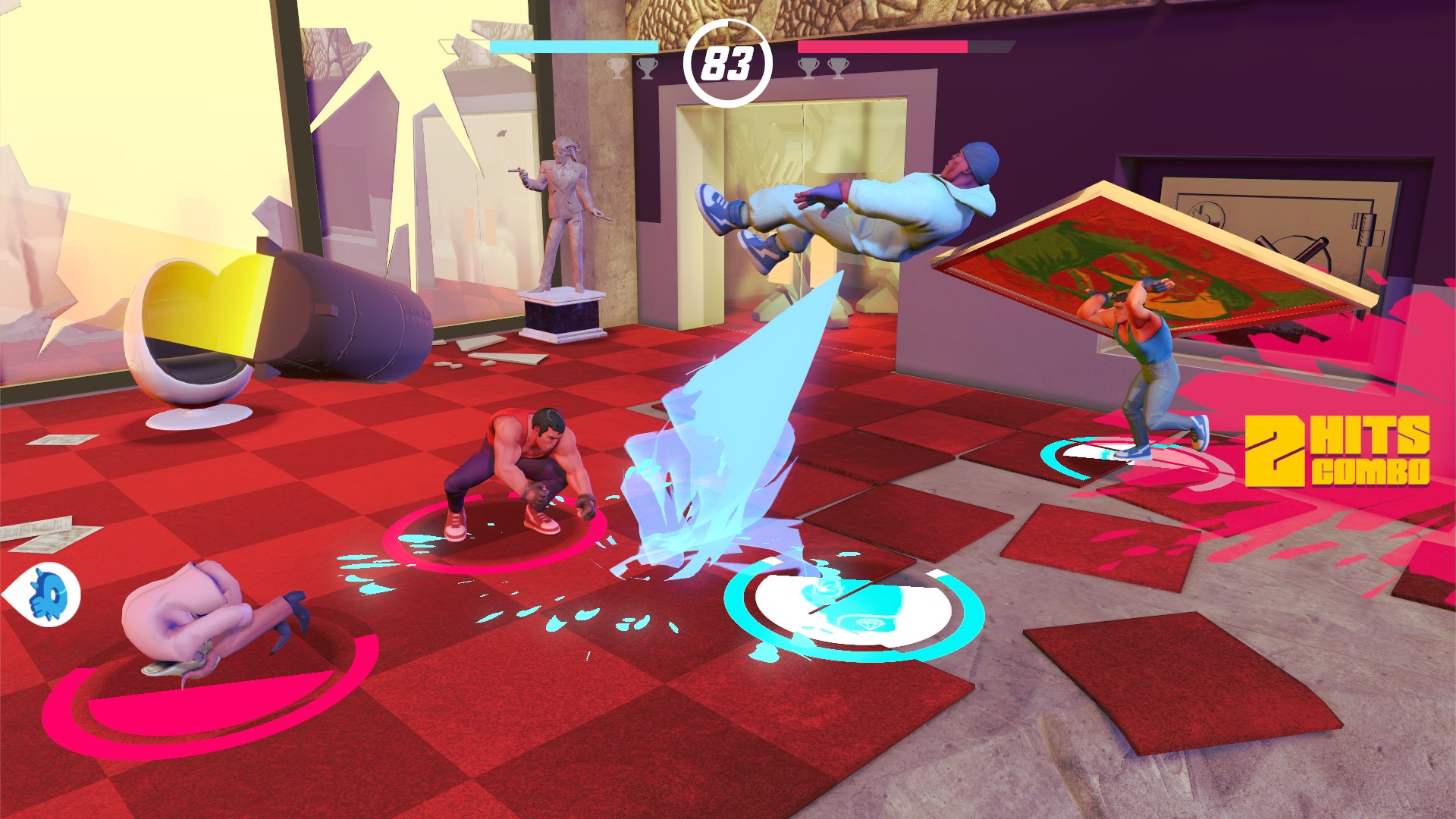 LASTFIGHT is the 3D action/Fighting game debut from developers Piranaking, inspired by the french comic LASTMAN. Up to 4 players pick from 10 fighters and battle around 8 locations in a choice of 1v1, 2v2, or free for all. Like most fighting games, you win by getting your opponents to zero health, and LASTFIGHT gives you plenty of options when it comes to the beat down. Aside from each character having different attacks and specials, arenas are littered with objects ranging from rocks to rocket-launchers for you to hurl at your opponents, as well as some stages featuring death-traps such as scalding steam or fireball-spewing statues. Mix this with the fact that collecting 3 of the power-up items that randomly appear without getting hit transforms your character into an overpowered super-mutant and you get a chaotic multiplayer experience that’s bound to remind some folks of Sega’s Power stone series.

It doesn’t take itself too seriously at all. The sound design gives a very 80’s retro arcade feel, the character models are cartoonish and colourful, the attacks are as simple as; button for normal, button for special moves, and everything is superbly animated. My personal favourite, Mr. Dreamer, attacks by spinning around and stylishly moonwalking into his opponents to deal damage, and I chuckled every time he did it. The rest of the cast, from LASTMAN, are pretty diverse and wacky, from fish mutant, a cheerleader, to a guy in a robot suit who turns into an armadillo (or armadillo-esq creature). Fans of the french comic might recognise the characters, but they were all new faces to me. It’s a frantic ‘pick up and play’ game that can be enjoyed by all ages, and it’s clearly designed with a full couch in mind. 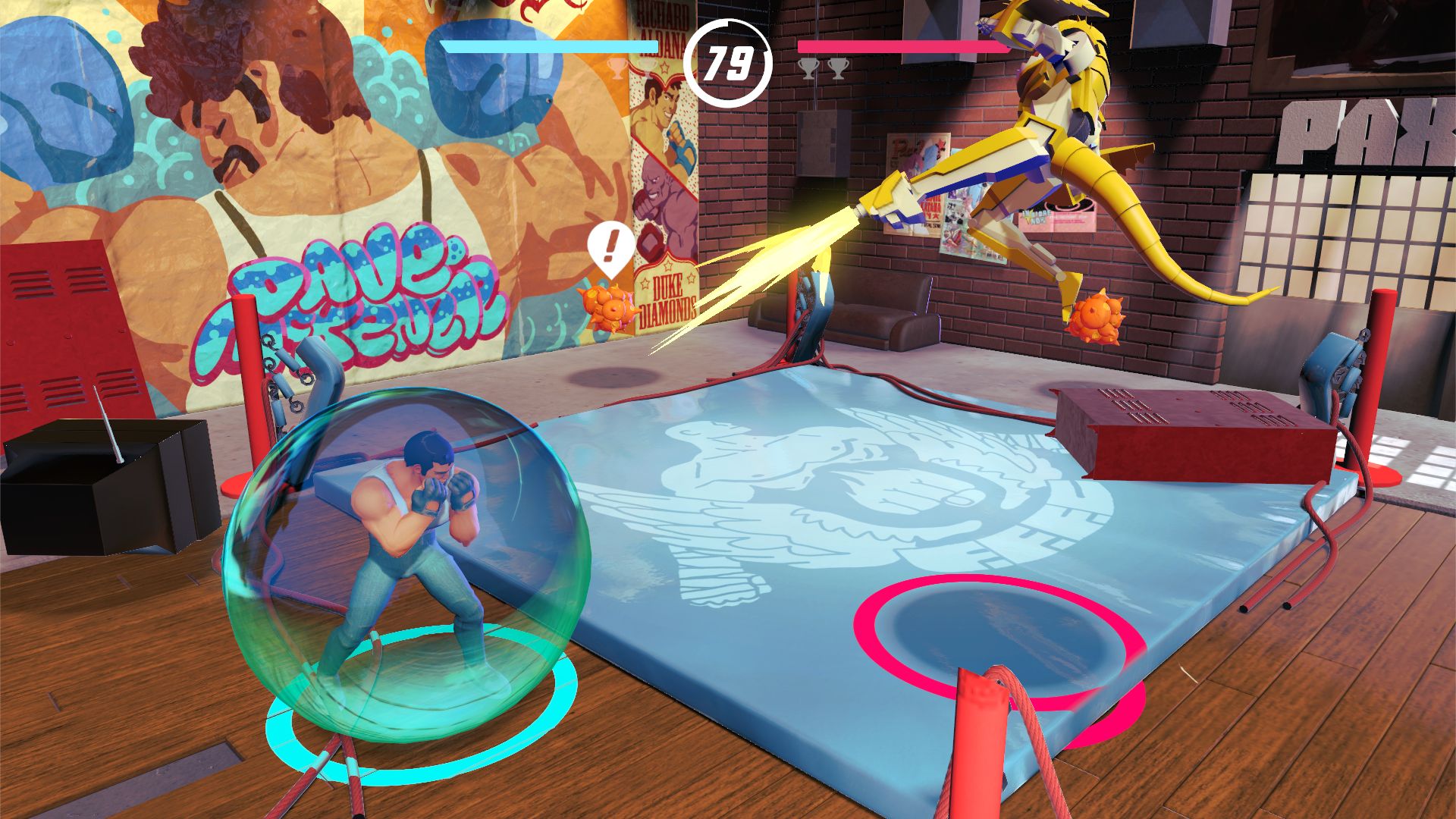 It’s not without its flaws though. While local multiplayer was fun, the single player experience is completely different, and disappointing, experience. When I booted it up and decided to test the waters with story mode, I was given a choice of two similar characters to play with, through the same enemies and locations, in the same order, with the same story and ending. Feeling slightly let down after burning through both in under 30 minutes, the A.I. vs battles sadly didn’t add much to my experience. You get the most fun when you are spinning a coy carp into an actual person’s face, not a bot’s. Online play is there, but its limited to 1v1, which isn’t so bad considering, but a tease, knowing the most fun comes from the multiplayer experience you get with 3 or more.

The game itself feels as if its missing something. If you can grab 3 of the Anitrans power-ups that appear randomly without taking any hits, you transform into a super-damage dealing mega beast, but its specific to the arena you are fighting on. While fun to use, with 8 locations sharing just 4 guys to turn into, I feel it would have been much better if they were character specific instead. Locations themselves were varied, but a lot of the items in them were just objects to throw, like lockers and chairs, rather than items with different attack animations. The modes are also lacking. Alongside the above, you can also play in “pinball” mode, where damage is dealt by smashing a giant ball around the arena, and endless mode. It felt like I was playing a solid beta version of a game that needed just a little bit more work. 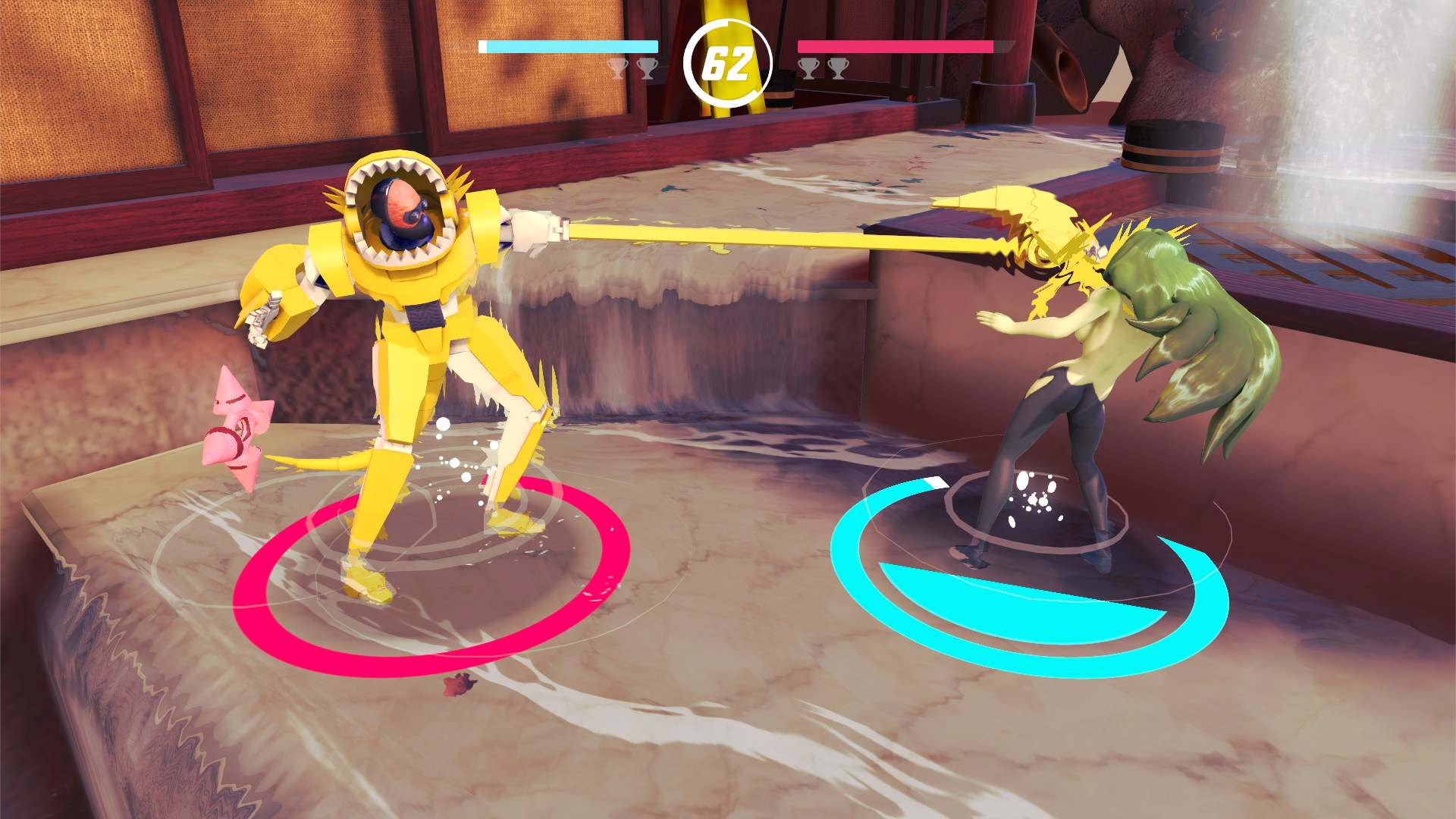 If you can get the stars to align just right, this is a great game to play; the characters have enough depth to require slightly different play techniques, firing a rocket launcher into a group of friends already battling it out is always a blast, it looks and sounds wonderful and its fun for quite a few rounds. Fans of the comic might get a kick out of it, and its an enjoyable multiplayer. So, if you have siblings, or often have friends over then maybe give it a try. Personally, I would struggle with the price tag for what feels like an unfinished game, and in its current form, the single player might as well not exist.