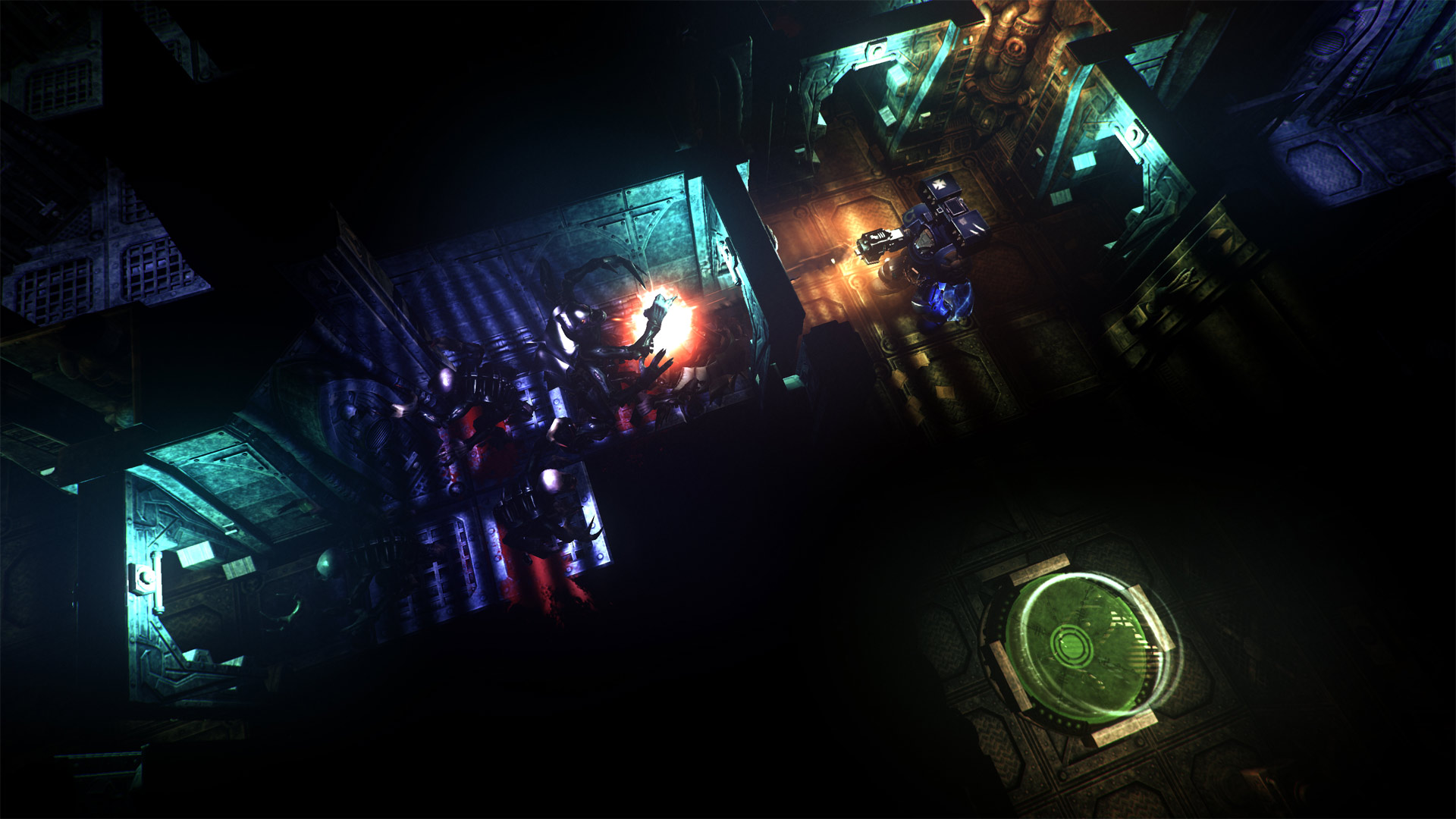 SPACE HULK Ascension is an extremely hard and punishing game that shows little reward. You control a squad of space marines as they explore the corridors of the massive space hulks; ships that have transported through space and time and have become twisted behemoths crawling with deadly aliens, completing various objectives along the way. You assign orders by spending action points, and each of your squad members can level up to gain more skills and gear as the game progresses. Its a turn based tactical RPG based on the popular SPACE HULK series from games workshop that I would find hard to recommend to even die hard fans of the series.

Everything in this game just feels like a chore. At the start of each turn, your squad are assigned an individual amount of action points that you can spend to do things like move and fire. Using action points to command a squad isn’t a new concept, but using them to take slow, clunky steps down everlasting corridors  is quite dull. Want your hardened space marine to turn 90 degrees? Thats an action point. Stepping backwards? 2 action points please. The game charges you an action point for every sequence of firing your weapon and your guys start each turn with about 5 or 6. It wouldn’t be so bad if your squad could cover each other, but their bulky terminator armour in narrow corridors prevent anyone but the guy in the front from shooting at targets. Attacks all have a chance to hit based on a percentage, so its entirely possible the one alien you spent all your action points attacking dodges every shot and randomly tears your team to shreds. 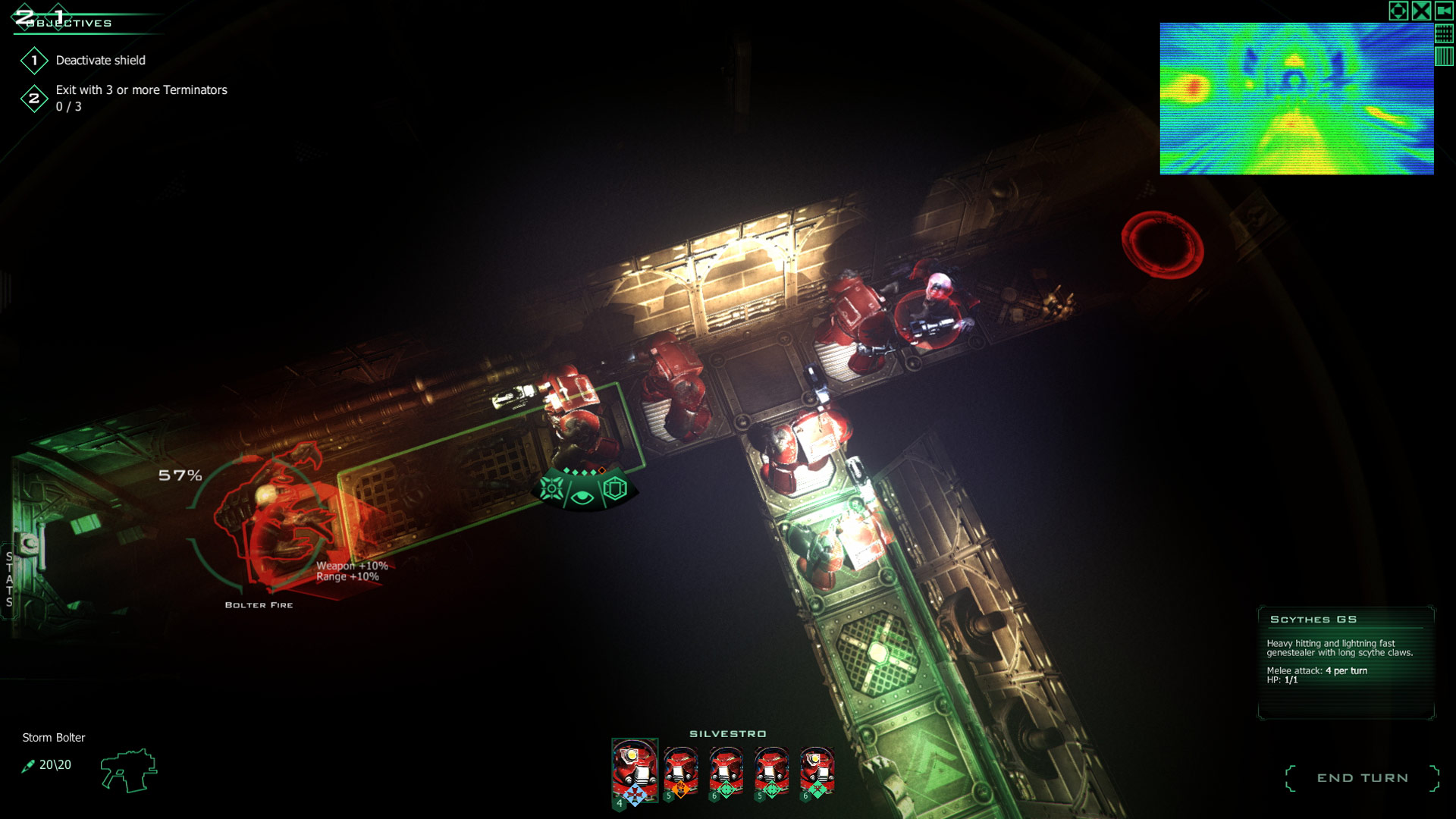 This is something fans of the board game might be used to, and I would have been open to the idea of trying to learn, but the control scheme isn’t great either. Actions would often take me 2 attempts to perform and nothing on the screen was clearly marked. Being limited to corridors or the odd 3×3 room on the way to your objective grows pretty tiresome after about 6 missions of dragging your entire squad through narrow paths 3 or 4 moves at a time. The sound design is ok, but the gunfire, clunky footsteps, annoying malfunctioning door sounds and odd alien screech get repetitive.

SPACE HULK Ascension allows you to level up 2 squads of space marines, who gain new skills and stats as they progress, as well as the ability to use new gear. Doing this in the menus is just as tedious as managing your squad in the game. The tutorial level alone had me scratching my head for about 10 minutes as I slowly worked out how to switch in one of my reserves to my main squad (I tried to give up, but the game needed me to do it to progress) using a menu that barely shows what you are selecting. Figuring out how to assign skills, attributes and gear, allows for a little tactical customisation, but with many of the upgrades being the same across all classes, my guys all looked and performed similarly. 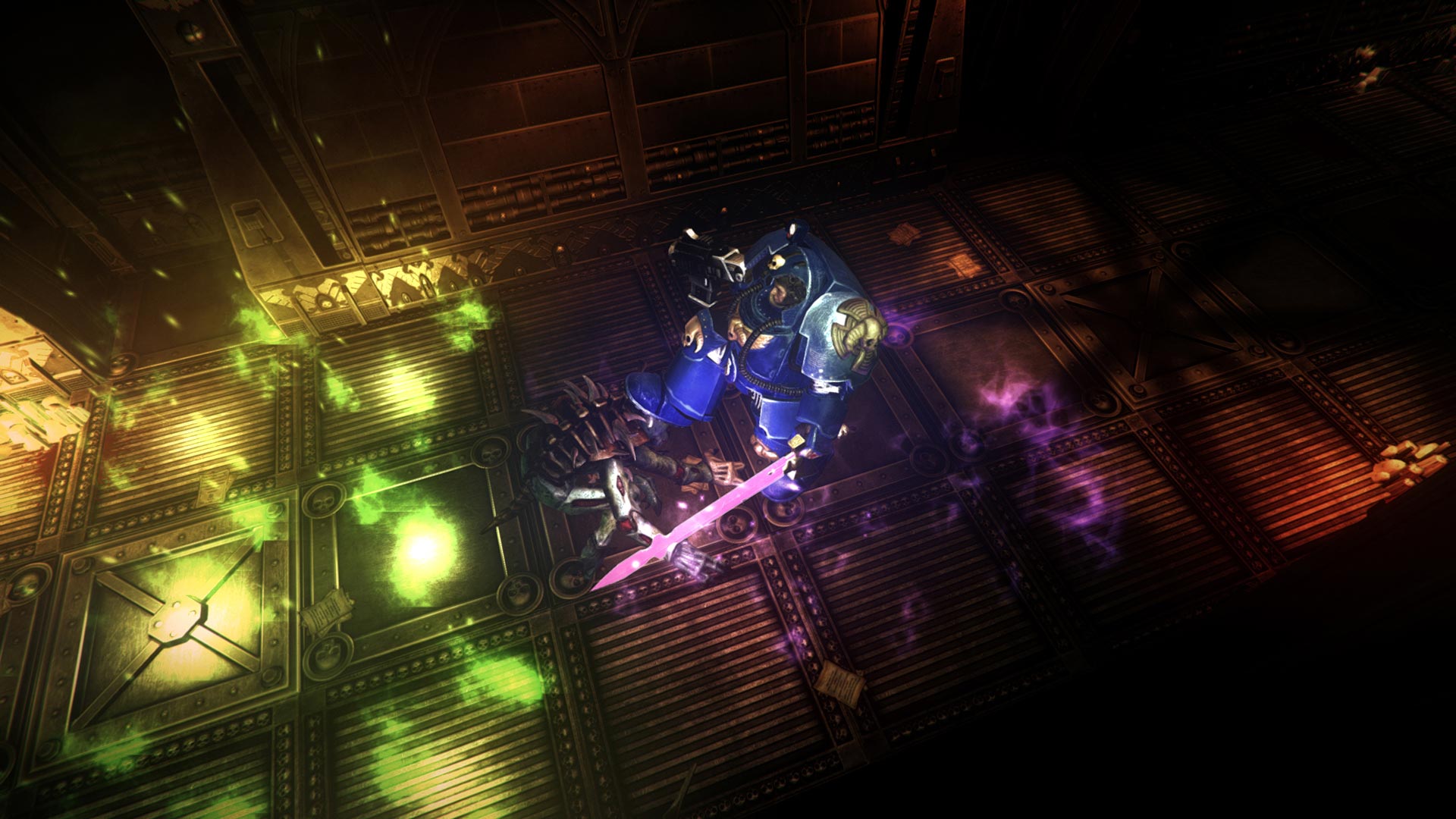 Tactical turn-based RPG seekers should definitely look elsewhere, but fans of the board game, who can get used to the controls, menus, repetitive visuals and sounds, will find a lot of objectives to complete in hundreds of campaign missions, and a random ‘rogue-like’ mode. Unlike the tabletop there is no multiplayer and perhaps its inclusion might have been the game’s saving grace, but the gameplay does have an added RPG levelling element. Either way, it will all come down to invisible dice rolls deciding the fate of your squad, so fans of the series may as well stick to playing in real life.