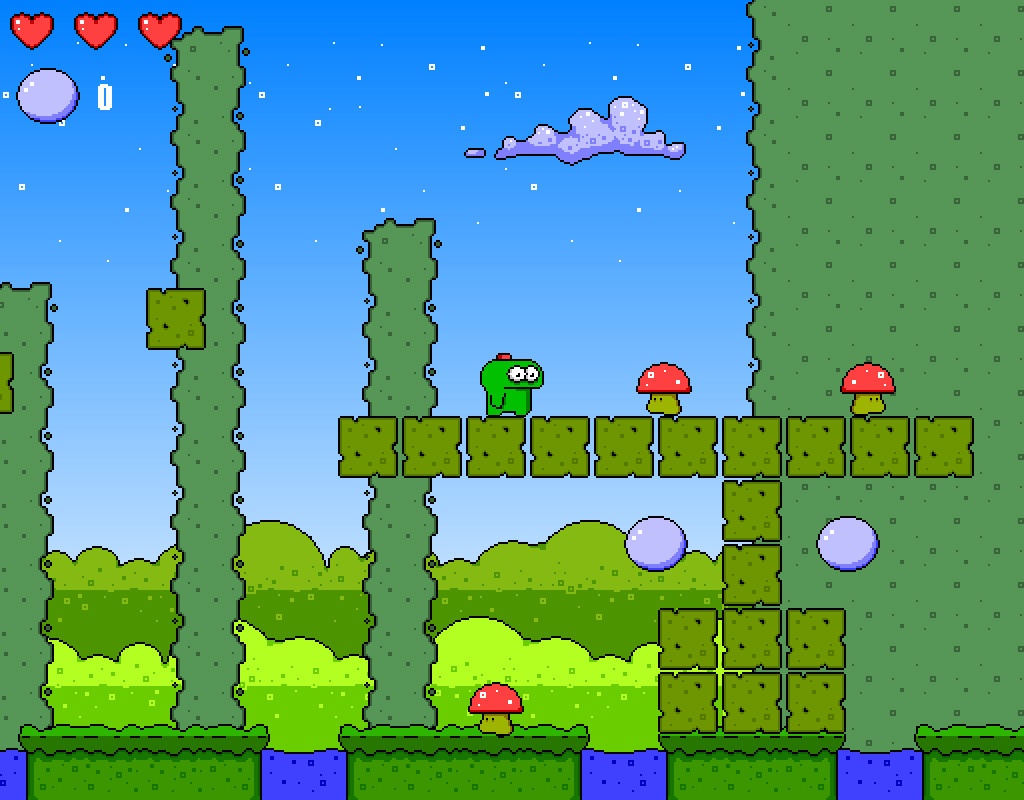 If there’s one genre that indie developers can really compete in with the big studios it’s 2D platformers. It’s where tight, intuitive gameplay and inventive ideas can trump any amount of shiny graphics and sprawling levels. Just Hero, from developer Anatoliy Loginovskikh, tries to encapsulate that ideal by keeping things as simple as possible. There’s no story to speak of. Controls are limited to just left, right and jump. The gameplay meanwhile just consists of scrolling from left to right in order to reach the exit of each stage.  But is that enough to satisfy gamers of today

As you’ll be able to see from the screenshots, the graphics are extremely basic. I won’t go as far as saying primitive, so let’s stick with ‘rustic’. Obviously nothing to shout home about, but they get the job done. The main character isn’t particularly appealing as he just seems to be a green… thing… with a red dot on his head. Enemies are similarly forgettable, but at least everything is clear. However as already mentioned, it’s the gameplay that makes or breaks a platformer. So how does Just Hero hold up in that area? 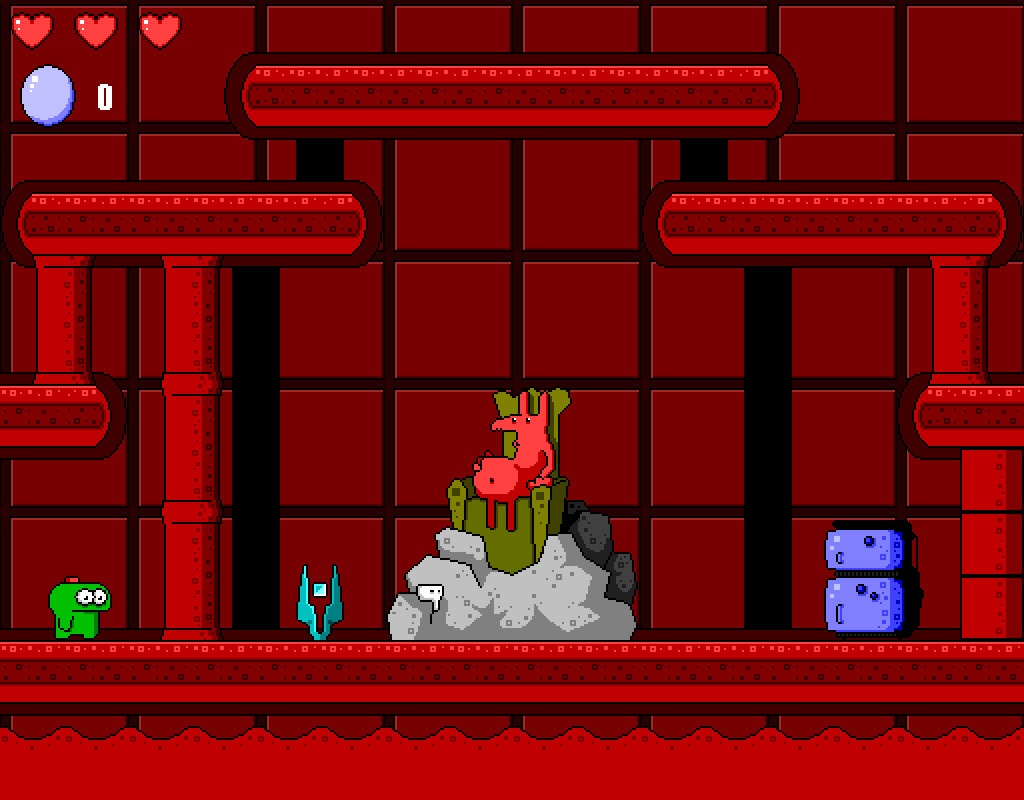 Things start off OK, as even the most inexperienced of players should be able to breeze through the early stages – and there’s a faint sense of satisfaction in doing so. However there’s not really anything of note apart from walking along and avoiding the occasional obstacle or simple enemy. And that’s where the first major problem with Just Hero rears its head – this is a platformer where you suffer damage from falling. This in itself is a pretty odd decision for a platformer, made even worse by the fact even extremely short falls can hurt you – even bouncing too high off an enemies head. Considering you can only take three hits before spawning back at the last checkpoint this means you’re more likely to be killed by jumping off a small ledge that anything else.

The second major problem is the slightly unresponsive jump button. This is an unforgivable failing for a platformer, and while it’s not always too noticeable, it’s enough to ruin your enjoyment. I had to consciously make sure I was firmly pressing the button every time I wanted to jump, which makes it impossible to simply lose yourself in enjoying the game. 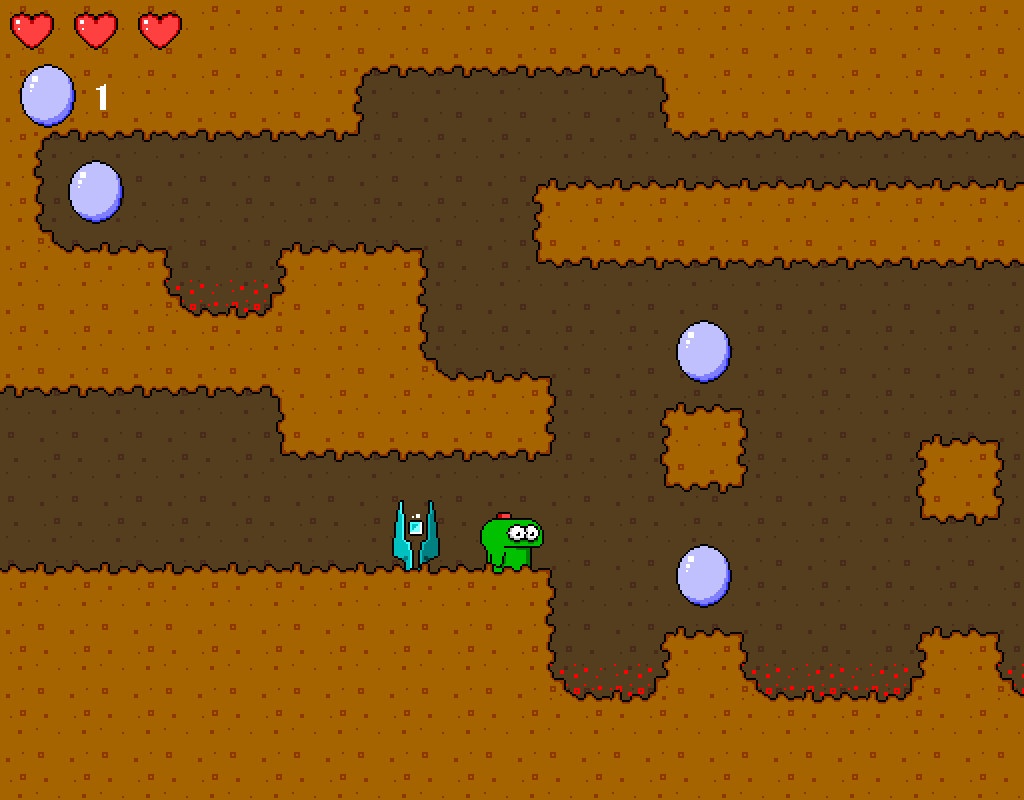 And while these two flaws are already enough to ensure Just Hero is one to avoid, there are other problems too. Cheap deaths abound as holes suddenly appear underneath your character, and some questionable collision detection on the swinging scythes cause further irritation. There’s also very little to do during levels apart from keep moving towards the teleporter at the end. Silver spheres are dotted around each level which you can try and collect, but don’t give any discernible reward. It’s often not worth going after them anyway, as you’re more likely to kill yourself jumping down from a ledge again.

Finally there’s the limited longevity. Despite the easy difficulty suddenly ramping up in the second half of the adventure, I still managed to finish the game in less than two hours. I don’t mind a short game if it’s an enjoyable journey, but that’s not the case with Just Hero. It’s far too basic and riddled with jarring design flaws. Even if you’re a platforming aficionado or lover of indie games, there’s nothing worth your time here. Not even two hours.