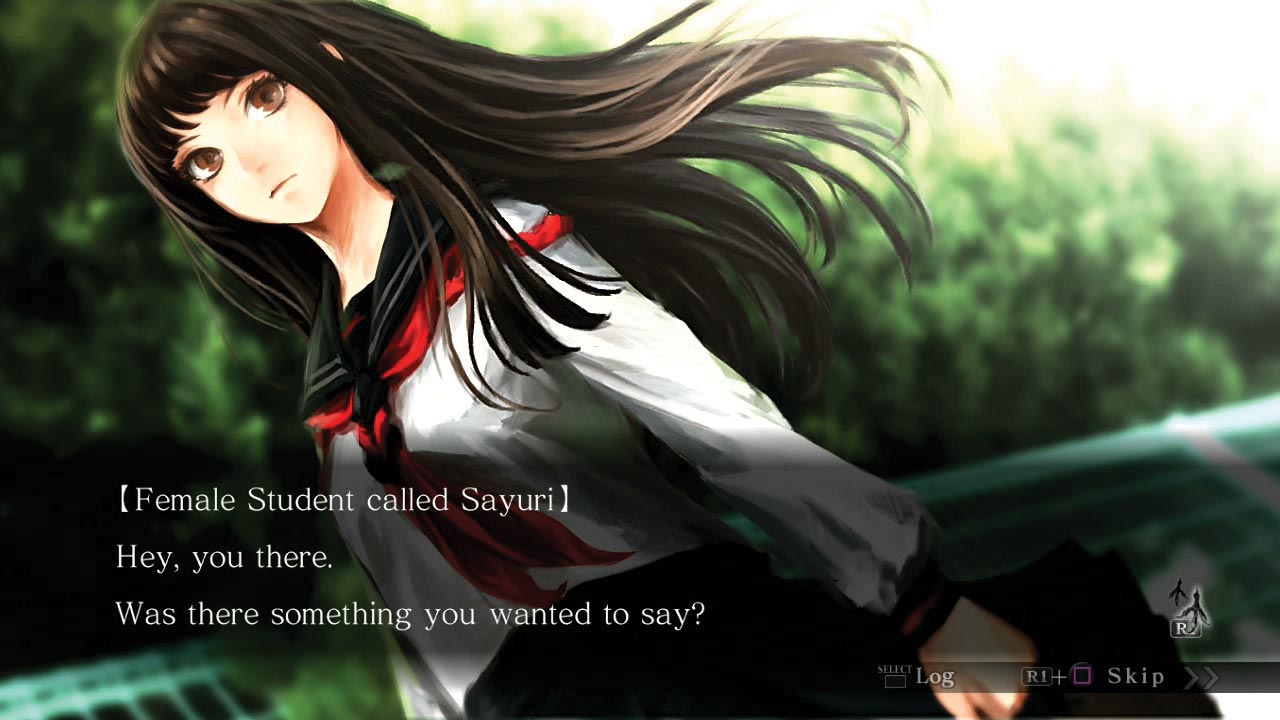 When Tokyo Twilight Ghost Hunters came out on PS3 last year, I thought it was a pretty solid visual novel experience. While there were some flaws, particularly in terms of the limited gameplay which seemed to give more of the illusion of choice than any actual variety, I concluded in my review that it was an interesting story with some twists to the usual visual novel format, earning it a 7 out of 10. Tokyo Twilight Ghost Hunters: Daybreak Special Gigs is an enhanced version of the original game, adding extra story content and improving the game’s battle system. While I still can’t quite get my head around who would have wanted a remake of a PS3 game only a year later, when the PS3 game had itself been a pretty basic affair (as evidenced by the same game being released on the PS Vita), I guess there must have been some demand for it – otherwise, NIS America wouldn’t have brought it over here. The question remains then – is Tokyo Twilight Ghost Hunters: Daybreak Special Gigs a friendly ghost worth spending some time with, or should it be zapped with a proton pack?

The story of Tokyo Twilight Ghost Hunters: Daybreak Special Gigs revolves around your choices as a transfer student moving to a school in Shinjuku. Shortly after you arrive at your new school, you discover there is a secret “club” called the Gate Keepers which deals with dangerous ghosts and ghouls. You soon join the group and become one of these Ghostbusters. Each of the game’s chapter required you to work through lengthy visual novel sections, in which the player largely just reads the dialogue – this enhanced version still doesn’t have voiceover, unfortunately, and so a lot of one’s enjoyment of the game comes from how much one enjoys reading a story. The story is, to be fair, a good one, and the characters are likeable – but if you’re not already a fan of the visual novel genre, this certainly isn’t the game to convert you. 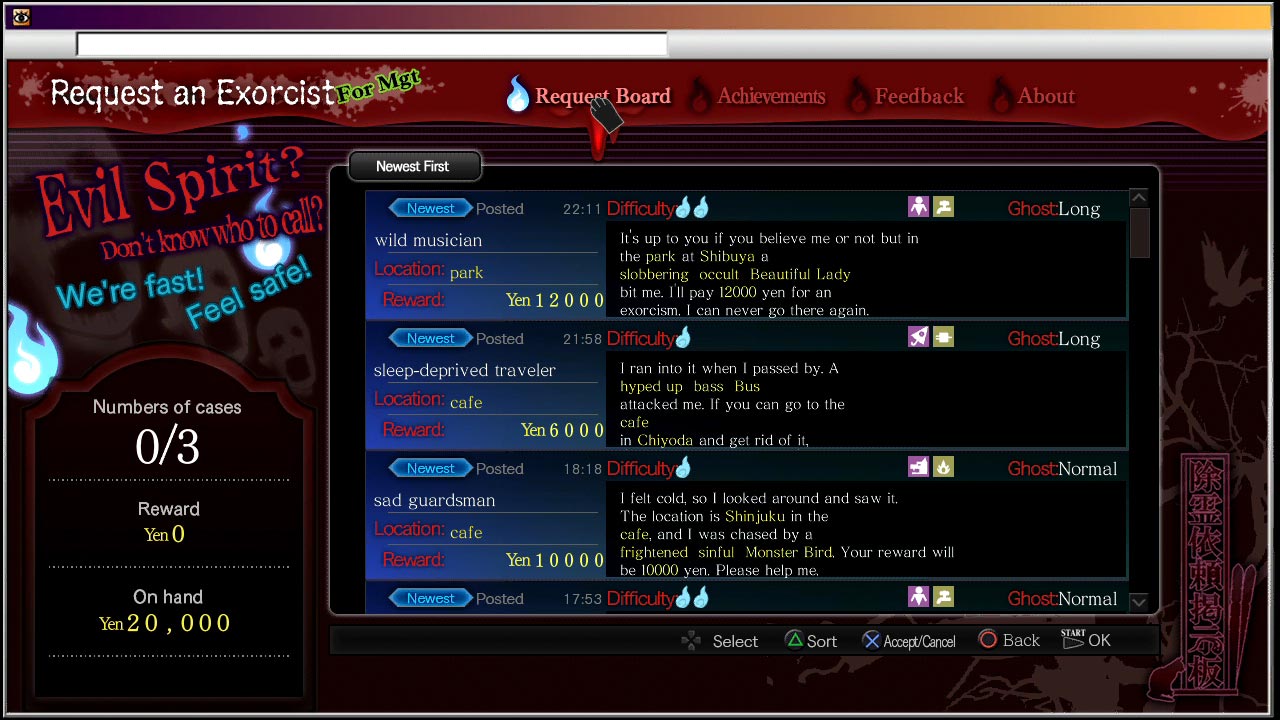 Often during dialogue you are prompted to choose symbols, on the one side based on your character’s emotions and on the other based on their senses, which make your character’s decisions. However, these symbols can be seemingly random, and aren’t properly explained; one often feels that they are being given the illusion of choice, rather than actually having an impact on the proceedings. This can be frustrating when you know in your head what action would be best to take, but then aren’t able to take that action. For example, both in my play-through of the original Tokyo Twilight Ghost Hunters and this new enhanced version, there were many times where whatever I said to one of the girls resulted in me being called a weirdo – when this already happens so often in real life, I felt I could do without it in a game! Despite this, as one progresses through the story it is hard not to develop affection for the characters, and the urge to see what happens next encourages one to keep going, even after the gameplay gets a bit stale.

Speaking of the gameplay, it is, as one might expect from a game sold as a visual novel, fairly basic. It does add some twists to the basic “read a story and look at pictures” formula. The main elements of this are the ghost-hunting segments – much like the dodgy emotion/sense-based dialogue choices, you are initially thrown in the deep end without much guidance. But as you get used to laying traps around a room and progressing through your tactics to eventually battle stronger and stronger ghosts, it becomes quite rewarding, if somewhat repetitive – just be ready for the learning curve at the beginning. 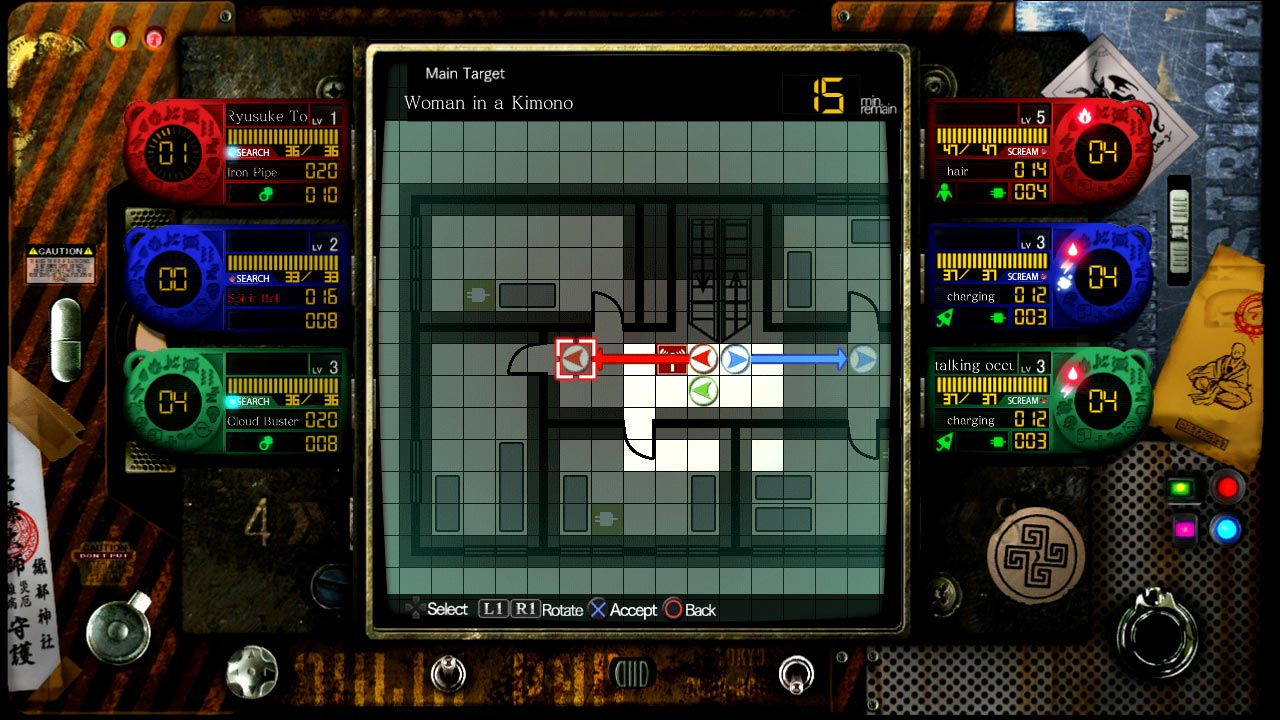 The game’s art is without doubt its strongest selling point. The anime-style art of Tokyo Twilight Ghost Hunters: Daybreak Special Gigs is nothing short of beautiful, with each character feeling fully developed, and there is varied artwork for each enemy you battle. While some of the backgrounds are re-used a little too much, they too look very nice. The game’s music complements its visuals perfectly, and is as well developed as it should be considering that most of your time will be spent just listening to it while reading dialogue.

Despite playing the original only a year ago, the enhancements of Tokyo Twilight Ghost Hunters: Daybreak Special Gigs didn’t feel that noticeable to me. While the already great presentation has certainly been spruced up a bit, and certain gameplay elements have been streamlined somewhat, the overall story and gameplay experience felt much the same as the original. Therefore, while Tokyo Twilight Ghost Hunters: Daybreak Special Gigs would be a hard sell to anyone who had tried the original and found it mediocre, for the superfans and those new to the game it is well worth picking up.