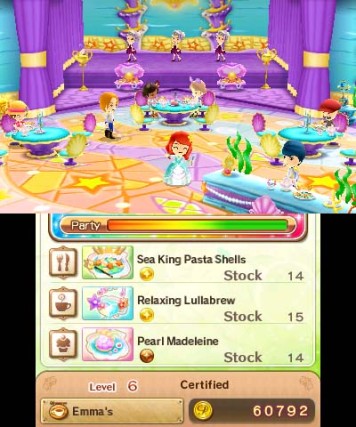 Being a 34 year old man, a video game celebrating all things Disney probably shouldn’t be my thing, but it is. It totally is. I absolutely love Disney and have probably seen just about every major Disney movie ever released (that’s cinematic releases – don’t try to call me out on bullshit like Aladdin 3, that doesn’t count). That should of course put me in good stead going into a game like this, and while it does to an extent, my love for the material and fond memories of 16-bit Disney classics on the Sega Mega Drive do push me towards relatively high expectations. Luckily, despite a few technical issues and the occasional rough edge, the incredibly likeable, Disney Magical World 2 met those expectations, and in many ways, actually managed to surpass them.

While this couldn’t be further away from the classic 16-bit Disney platformers of my youth, Disney Magical World 2’s Animal Crossing-esque structure makes for a surprisingly wonderful experience, one that adds more in the way of traditional gameplay in the form of mini-games and RPG-style dungeons while keeping the social aspects, collectibles and world building one would expect from an Animal Crossing clone.

‘Clone’ is probably a bit harsh, but the similarities are certainly hard to ignore; player and home customisation is a big part of the experience with plenty of collectibles found throughout your adventure encouraging you to tweak both the look of your character and your abode. Heck, you even get your own café which, like your room, requires plenty of materials in order to build the huge number of decorations and furnishings available to you. There is also a big emphasis on working with the famous characters dotted about town (you’re lucky enough to live on the same street as Mickey, Donald, Goofy and Minnie etc), something that arguably makes Disney Magical World 2 that little more charming than its rather obvious inspiration. Sure, Animal Crossing is home to an array of memorable characters, and yes, it is a slicker overall package, but honestly, can any of those characters compete with the likes of Donald, Mickey, Goofy and that Frozen lot? Arguably not. 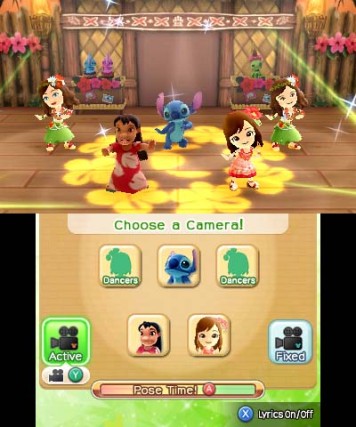 While Disney Magical World 2 does have a handful of technical issues that hold it back from greatness, the occasional rough edge and disappointingly long loading times don’t ruin what is an otherwise hugely impressive experience. The life simulation stuff that makes up the core of the primary experience is all great fun, but it’s the additional challenges, host of Disney-themed worlds and surprisingly decent RPG mechanics that make this a much more ambitious title than many would have expected.

The template may have been set with the original, and while it’s true that the follow up keeps largely to the same format, this sequel improves upon its predecessor in just about every way. One of the most impressive aspects is arguably the scale of the game. During the rather tedious tutorial in which you are familiarised with the games’ myriad of systems and challenges, you are also introduced to the sticker system that provides the backbone of the game by delivering a sense of progression in what is a relatively free-form experience.

The introductory tutorial does keep you on a tight leash as you collect your first set of stickers, but once you’ve got that out of the way, you’re free to approach the game in any way you see fit. Whether it be gathering resources, completing challenges or simply having your picture taken with Mickey, it soon becomes apparent just how much content is hidden behind Magical World’s family friendly exterior. None of it is hard to get your head around, but once you start spotting the sections of the game locked behind sticker collections, its overall scale really comes into focus, and with Frozen themed adventures, Lilo & Stitch dance competitions and trips to the totally adorable Hundred Acre Wood all on the horizon, there is always plenty of incentive to keep chipping away at the games’ ample selection of enjoyable challenges and side quests. 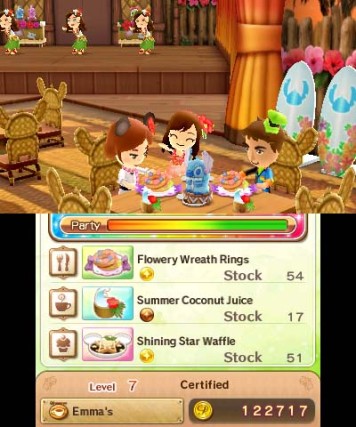 Disney Magical World 2’s biggest surprise though arguably comes in the form of the RPG-style dungeons and basic but largely enjoyable boss battles. Just as you will need to collect materials to create tables for your café, so you will need to collect additional ingredients for the specific items needed for battle. It’s not going to trouble the likes of Dragon Quest VII, but what is here is perfectly solid, adding significantly to what is an already impressive amalgamation of rather disparate genres.

It might lack the finesse of Animal Crossing, but Namco Bandai’s ambitious Disney-inspired genre mash-up rarely puts a foot long. As a life sim, it’s solid framework, host of collectibles and fantastic use of the Disney license make it one of the best in class while the array of enjoyable mini games and surprisingly robust RPG mechanics help to make Disney Magical World 2 a conventionally entertaining video game experience. No individual aspect of the game is overtly impressive or especially innovative, but with each element being as solid they are here, and with all of them married so elegantly to the beautifully realised Disney universe, Disney Magical World 2 is a title more than the sum of its individual parts and a much more ambitious experience than it will likely be given credit for.