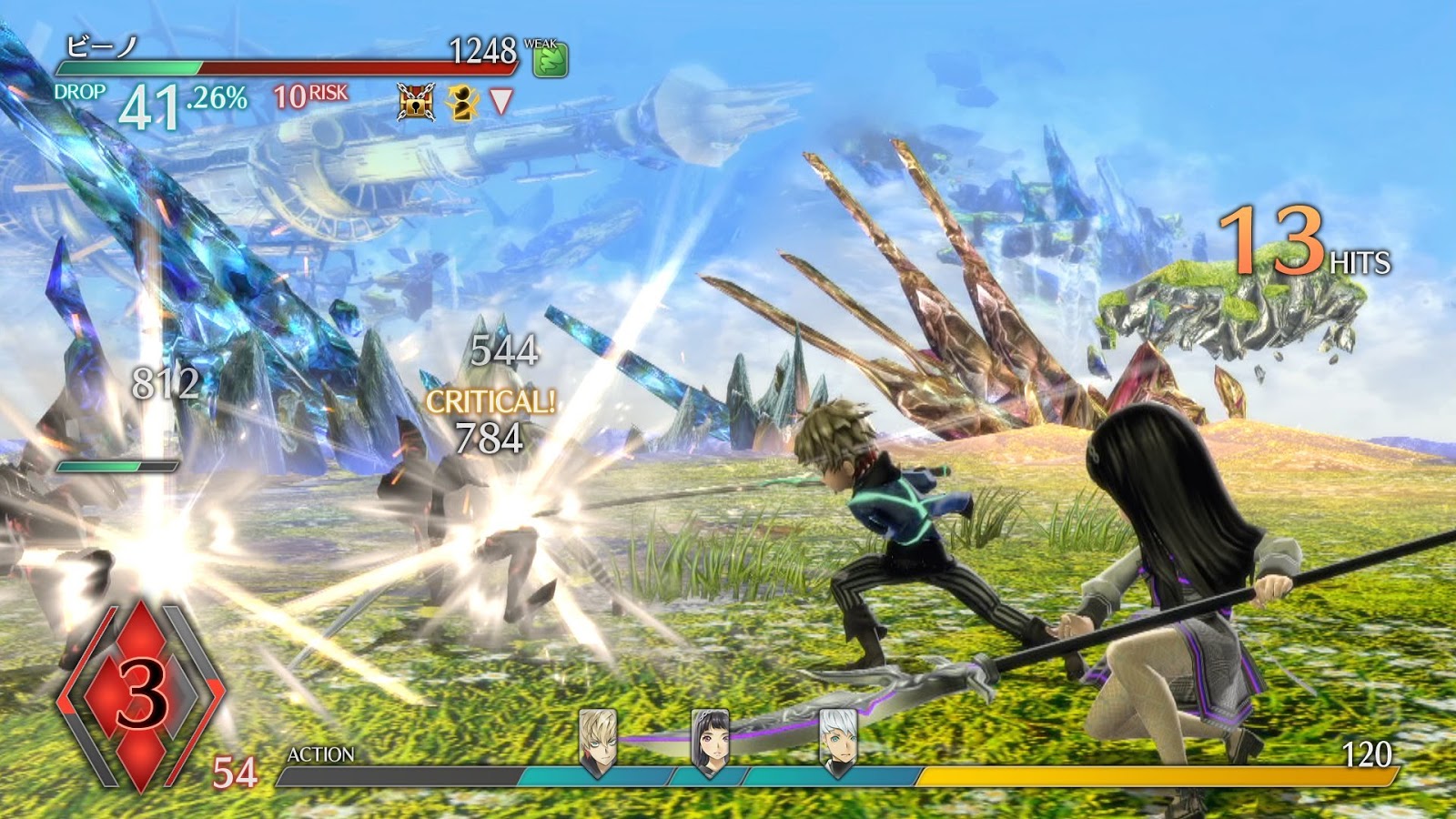 Hmmm, spiritual sequels, they are something of a dangerous game. Getting the original developers on board and slapping a new coat of paint on an old concept often sounds like a good idea, and while it certainly can be if approached in the right way, the recently released Mighty No. 9 proves how horribly things can go wrong if not approached with the required care.

While Exist Archive: The Other Side of the Sky is certainly no Mighty No. 9, this spiritual successor to cult favourite, Valkyrie Profile fails to match up to the original PlayStation classic despite the inclusion of series veterans Yoshiharu Gotanda, Masaki Norimoto and Motoi Sakuraba. It’s not a disaster by any stretch of the imagination and it’s certainly a solid enough JRPG in its own right, but as a kind of unofficial follow up to Valyrie Profile, it fails to reproduce the overall quality or spirit of its inspiration.

Much like Valkyrie Profile, Exist Archive: The Other Side of the Sky is a JRPG with a very solid combat system and a relatively unique 2D-style exploration system. The world itself lacks the depth or array of options many would associate with a traditional JRPG, but what it lacks in content it makes up for with the kind of platforming and exploration that is closer to Metroid and Castlevania than it is to Final Fantasy or Dragon Quest. With numerous locations unreachable until you unlock additional abilities (double jump and boosters etc), Exist Archive proves an odd mix that, while potentially intriguing on paper, suffers due to its somewhat loose mechanics and annoyingly floaty controls. Unlocking new abilities that allow you to explore new areas is a traditionally addictive concept, and while it remains so here, the world itself is too sparse and unimaginative to be genuinely compelling. 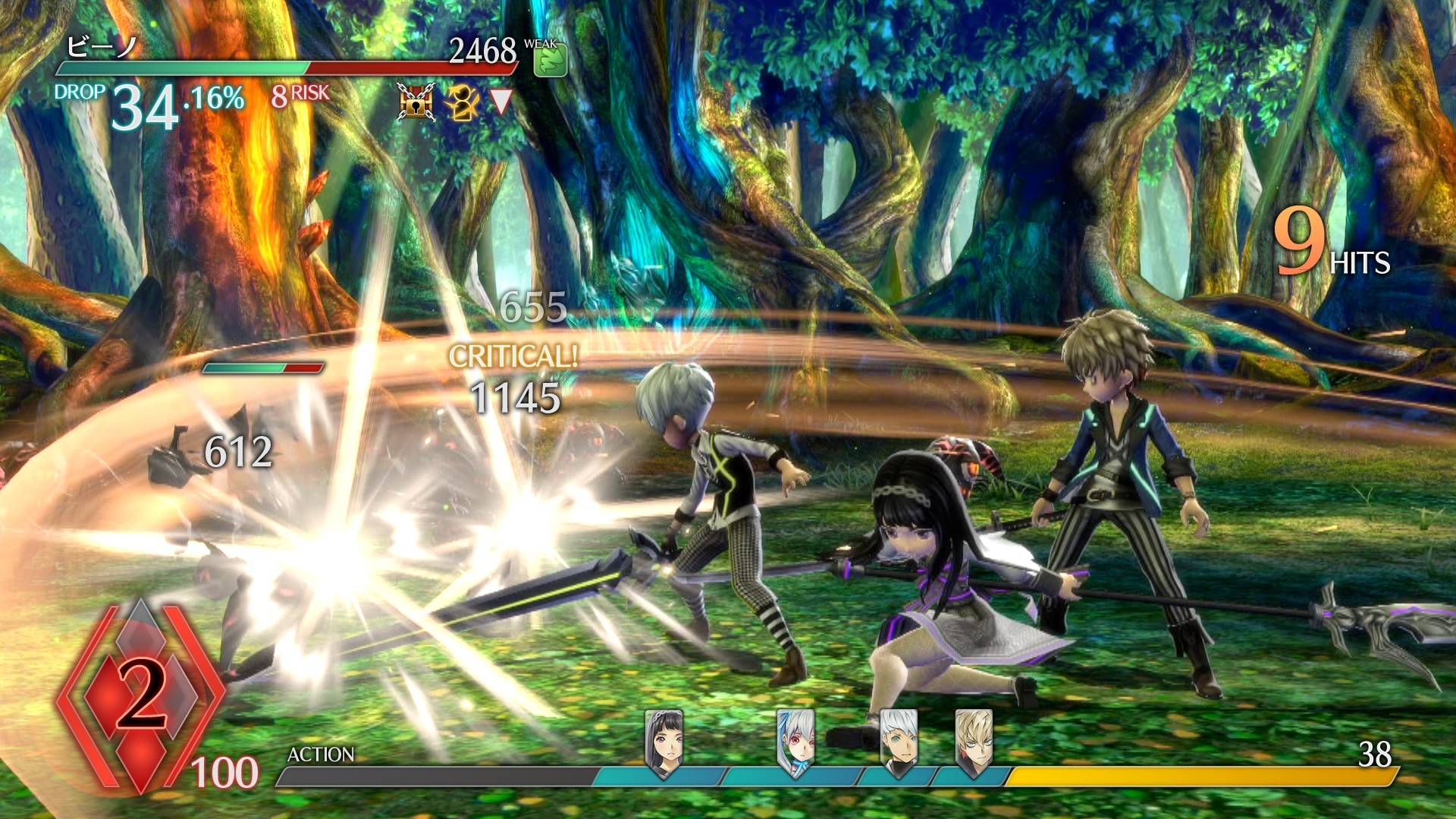 In fairness, at its best, the world is actually very easy on the eye with its fantastically vibrant colour palette being of particular note, but while it does have its moments throughout (especially towards the end of the game), those initially attractive visuals are soon undermined by repetitive dungeon design and an apparent lack of resources. Things do get slightly better as you progress, but for the longest time, you’ll find yourself exploring very similar looking dungeons and fighting very similar looking enemies.

Luckily, while the enemy design does lack variety, the battle system itself is a huge amount of fun. Similar to that found in other tri-Ace JRPGs, Exist Archive’s battle system is another turn-based / real-time hybrid, one that gives you a certain level of physical control while still working within the confines of a more traditional JRPG battle system. There is nothing particularly revelatory about it, but it’s solid, addictive and, for the most part at least, well balanced. Attacks are dished out at will (unless you are attacking with a mage) for as long as you have time left on your attack bar with the game then shifting into a guarding phase in which your responses are more predefined and tactically driven. It might be familiar, but it’s a fast-paced and incredibly enjoyable battle system, one that makes some of the games’ less successful elements much easier to bear.

It’s not the deepest system out there but with numerous characters in your team with a host unique abilities at your disposal, there is still plenty of depth for those looking to get into the nitty-gritty of it all. There is a decent selection of special attacks unique to each class and character, and thanks to the games’ learning feature, you can actually inherit skills from other members of the team if you manage to build up a positive relationship. This ability allows you to mix up your skill set and even switch classes as you progress. The slightly fiddly menu and cumbersome inventory management make this all a tad more difficult than it should be, but again, the freedom that the system delivers allows for some rather unique and enjoyable combinations. You can probably get through most battles by simply sticking to your guns, but if you’re interested in experimenting with the different abilities available to you, Exist Archive certainly provides you with plenty of options. 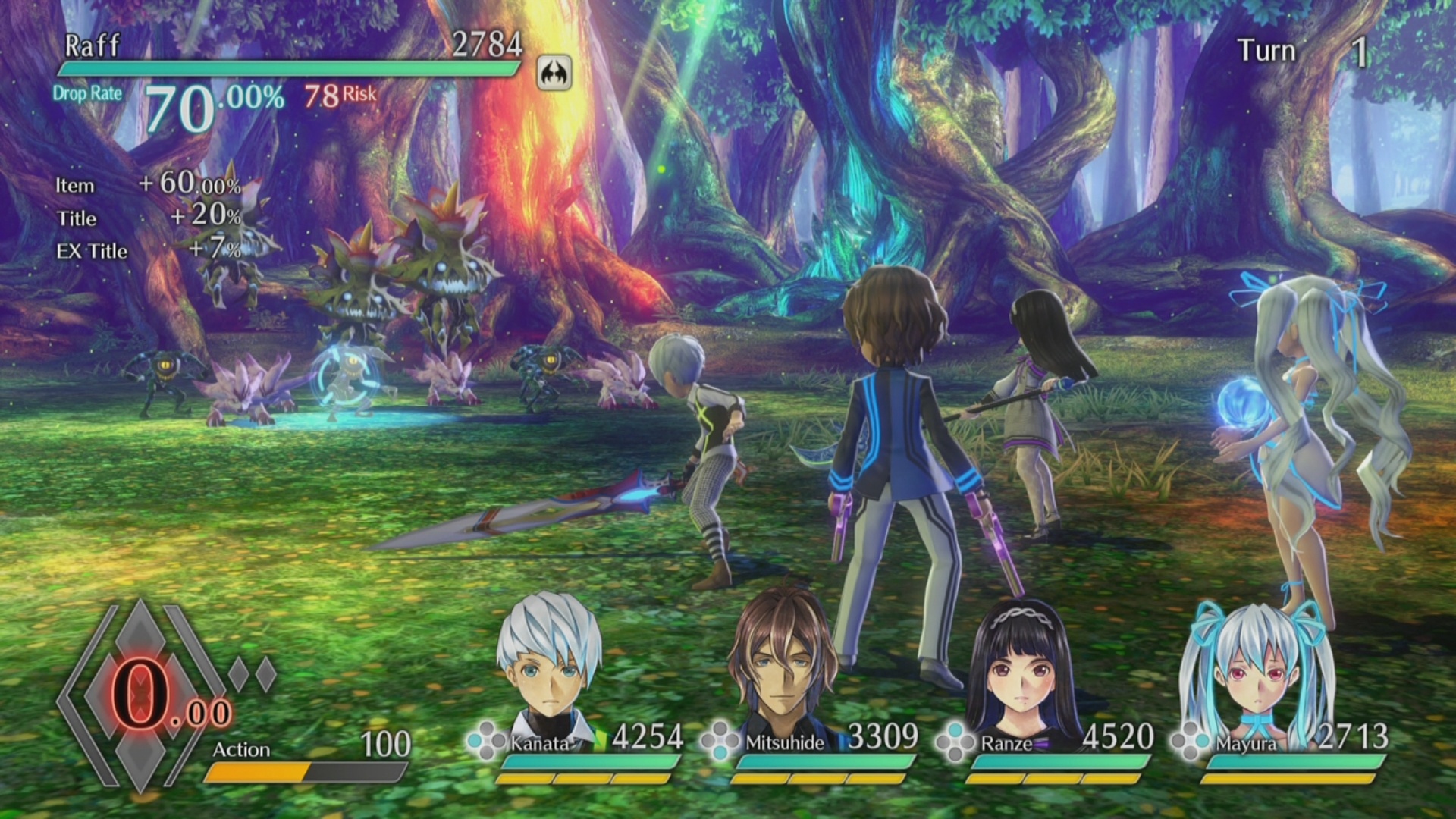 It seems bizarre for me to leave the story until the end of the review, but I can assure you that is no comment on its overall quality. Sure, it delivers JRPG tropes in abundance (what JRPG doesn’t?), but with its unique setting and mostly likeable cast, Exist Archive manages to weave a consistently entertaining tale. I won’t go too deep on the details, but like Valkyrie Profile, it deals with the concepts of death, purgatory and the afterlife, but does so with a much more sci-fi bent than the Nordic-inspired original.

After appearing to die during a catastrophic event in modern day Tokyo, 12 characters, including the games’ primary protagonist, wake up on Proxolexa, an apparently alien planet, only to find out that they are stuck in some form of other worldly purgatory. This, thanks to an array of enjoyable nonsense, leads them on an adventure to locate the power required to send them back home. It’s all a bit silly of course, and in practice, leads to far too many fetch quests for my liking, but the characters are well written and the dialogue is delivered (in both English and Japanese) with the kind of commitment that such an absurd narrative requires.

It’s a shame that the exploration elements can’t match the quality of the battle system, but despite its floaty controls and repetitive locations, Exist Archive: The Other Side of the Sky remains an enjoyable, if ultimately unexceptional JRPG. There is plenty of content for those looking for a lengthy adventure, and while the battle system and quality of the writing will see many through to the end credits, the array of fetch quests and samey enemies make elements of this otherwise enjoyable throwback something of a slog. Fans of 2000’s Valkyrie Profile will certainly find plenty of like, but don’t go expecting anything quite as memorable as the original.