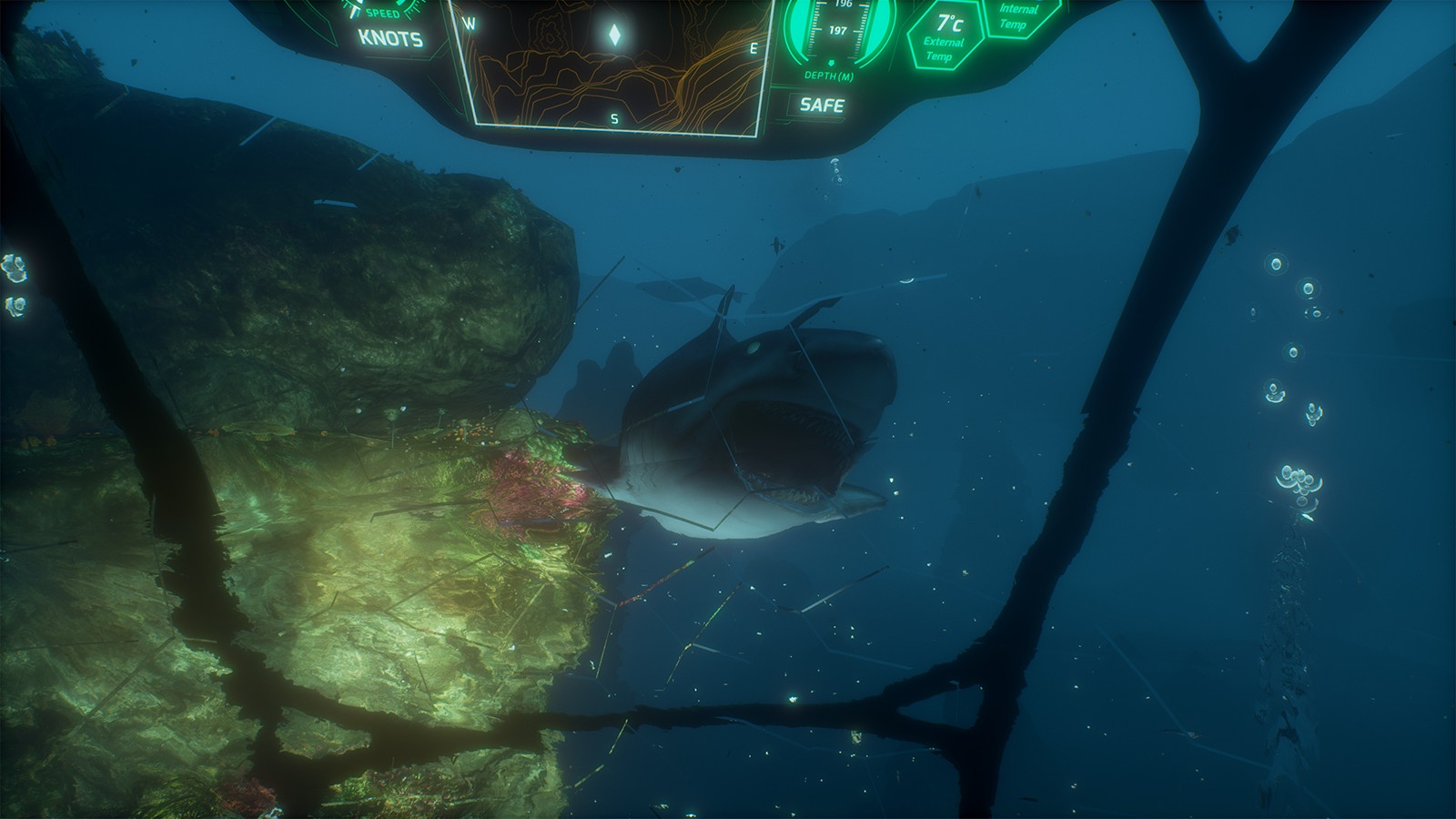 Unfolding as a story driven exploration simulator with strong survival horror elements, Iron Fish is a really interesting prospect that I desperately wanted to live up to expectations. Unfortunately, the strong premise, excellent setting and engaging story are somewhat let down by a few uninspiring gameplay elements. All is not lost though, because Iron Fish has a community-focussed developer that is actively engaging with players to improve and refine the game on an ongoing basis, so I remain hopeful that there will be improvements in the pipeline. For now, let me see if I can tempt you off the fence based on the current experience on offer.

Iron Fish begins innocently enough. Players take on the role of Cerys, a lone diver armed only with her wits, a state of the art submarine and whatever else she can scavenge from the ocean floor. After a brief (And largely pointless) tutorial, Cerys is tasked with tracking down five submarines belonging to a top-secret research group, that (we discover) were clearly into some very shady business. Whilst avoiding any major spoilers, Cerys soon finds herself with a more personal motive for continuing the rather disheartening search for one wrecked sub after another, and it was this more intriguing storyline that kept me interested in Iron Fish long after boredom would otherwise have set in. 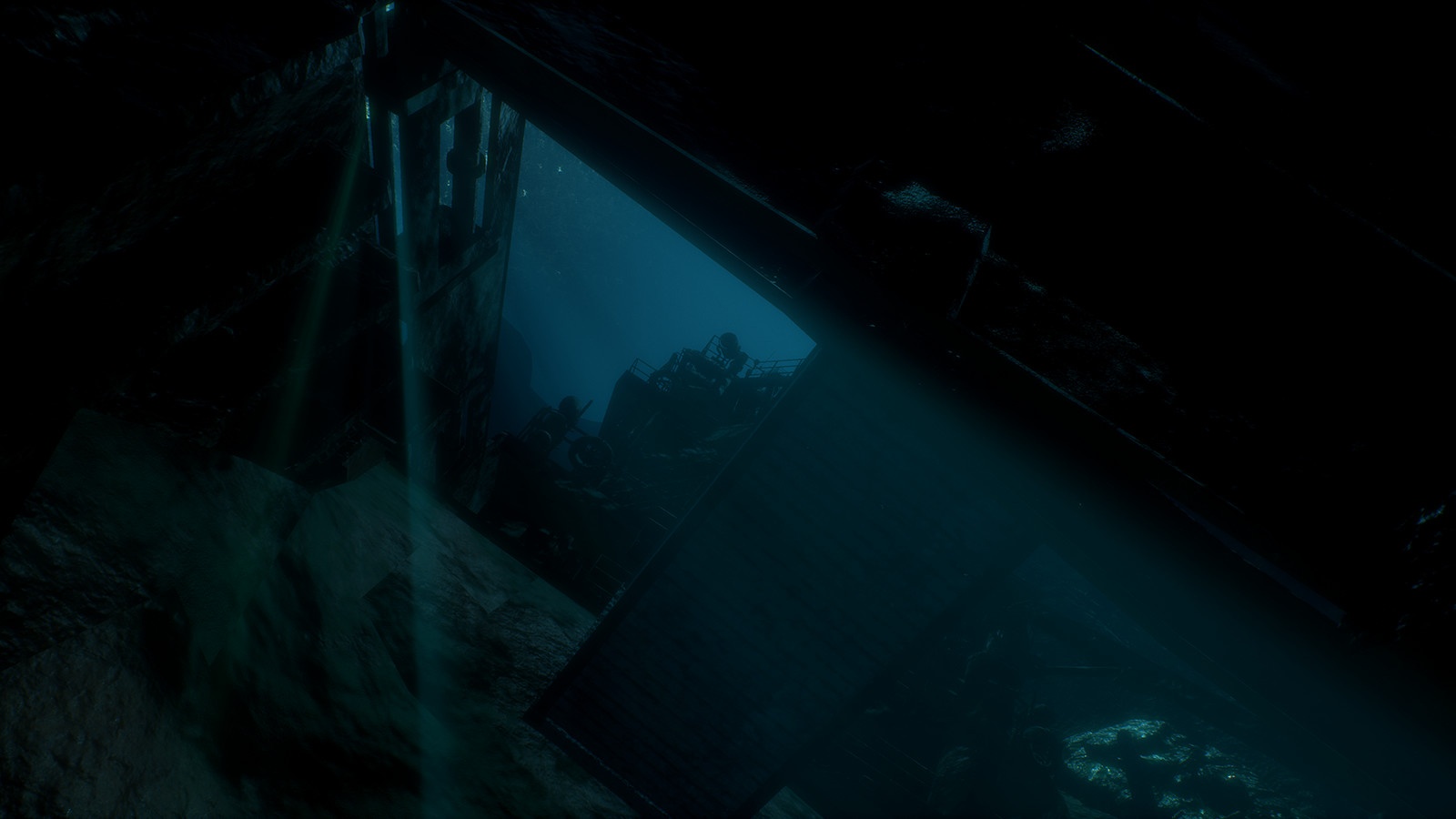 Considering the fairly low-budget that I suspect constrained the developer, Iron Fish is actually quite a good-looking game, and whilst the levels themselves are functional, it is the flora and fauna that bring the underwater world to life. Sharks, in particular, are terrifying in appearance, although sadly lacking in graceful animation. There are a number of less common creatures that populate the deeper locations in Iron Fish, and whilst I must resist detailing them all for fear of spoiling the surprise, needless to say some are more interesting than others.

Considering that the story itself is quite compelling, Iron Fish also benefits from strong voice acting delivered by Cerys and all of the supporting cast, with everyone doing their bit to add to the suspension of disbelief. These things, along with the immersive undersea setting make for the promising experience that I’ve already referred to, and the only thing letting the game down, sadly, is the gameplay. Firstly, the user interface is awful outside of basic submarine or swimming controls, with item selection and use a particular pain in the backside. I’ve found myself eaten by sharks on many occasions because I couldn’t select my repair kit, for example.

There are lots of other problems too. Take for example the first hour or so of gameplay, wherein Cerys simply searches for five identical submarines, all of which have been irreparably damaged. When she swims outside the sub, her air supply depletes ridiculously quickly, forcing her to search for one of the hundreds (and hundreds) of conveniently located chests strewn about the landscape. The number of these declines further into the game, but it remains a boring and uninteresting chore, rather than a fun, nerve-wracking gameplay mechanic. Similarly, the submarine can be damaged by sharks, causing Cerys to have to repair it – again, repair kits can be found littering the sea bed, and the only challenge in repairing the sub is escaping to a safe place and then battling the GUI to select the repair kit and use it. 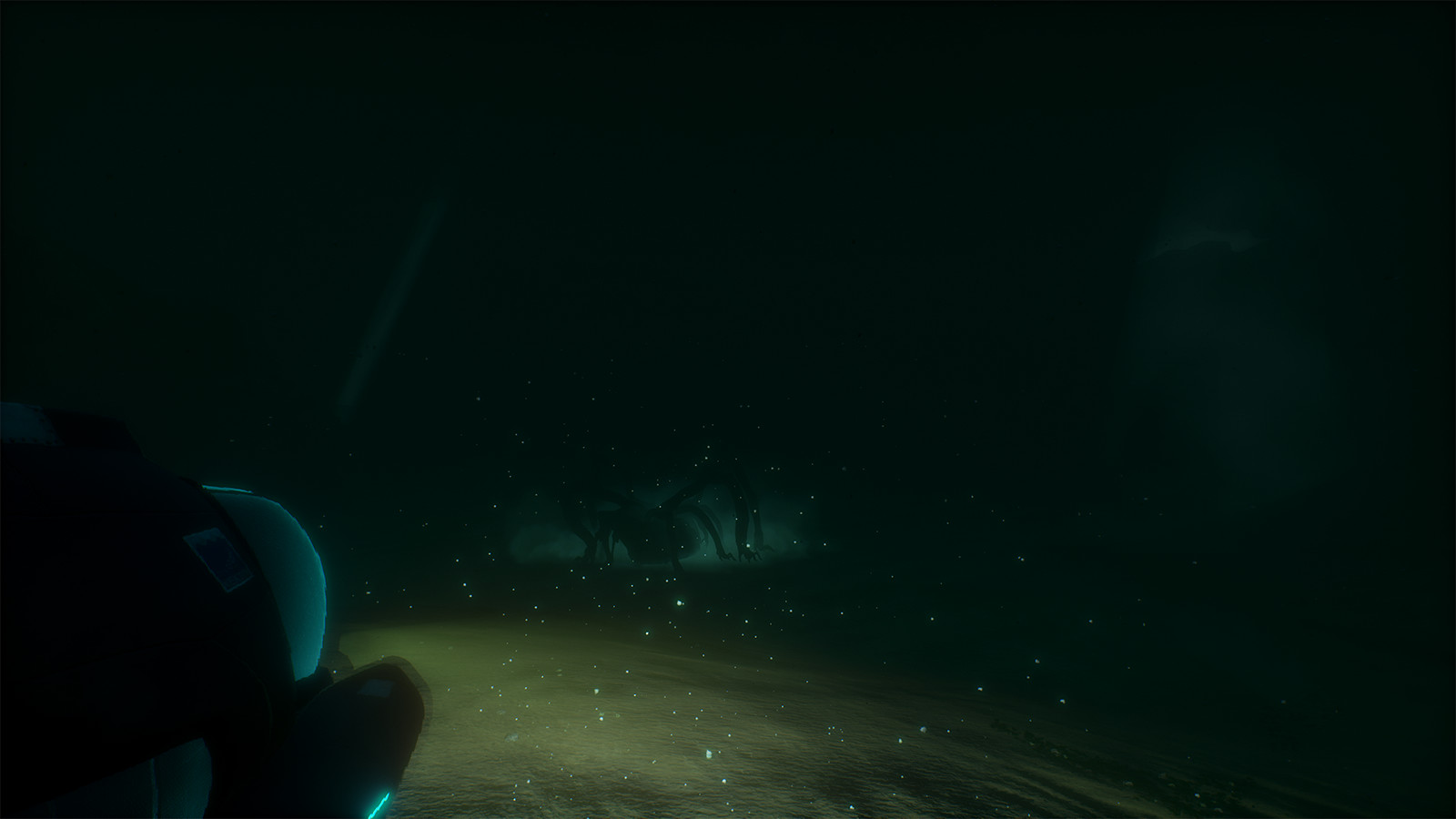 There are also the question marks that such monotonous busywork raise about Cerys sanity. Yes, I enjoyed the story far more than anything else in Iron Fish, but after finding the third scuttled submarine, why doesn’t Cerys raise any notable concern about the fact that she is in exactly the same kind of sub, that the sharks are especially aggressive and that maybe, something has gone terribly wrong. I keep referring to the subs because I don’t want t spoil anything, but let me tell you – what comes later would raise more than an eyebrow, yet Cerys cares not a jot. This might be because of her personal desire to conclude her business on the seabed, but if she just articulated that, I feel the story would fit much better with the onscreen action.

On the subject of action, Iron Fish is a survival horror and an exploration game rather than an action game or a shooter, even though it is viewed from a first person perspective. It isn’t completely without action (and compared to similar games, it is high on threat level and the feeling of helplessness) but it isn’t action packed, so don’t make a purchase expecting something resembling an underwater Resident Evil. I will say this; there are probably more jump scares in Iron Fish than in any game I’ve played recently, and I feel strongly that the underwater mechanic turns up the dial on terror to an unusual level.

In summary, Iron Fish shows a lot of promise, but it fails to deliver on that promise at this moment in time. It has the basis of a good story, but it suffers from poor controls and a clunky interface, as well as some amateurish, repetitive gameplay. The jump scares, exploration and survival horror elements are up there with some of the best games I’ve played, and I do love the deep, immersive world that Iron Fish presents. If the developer continues to deliver improvements, this could be a superb outing in the future, but for now buyers should exercise caution.