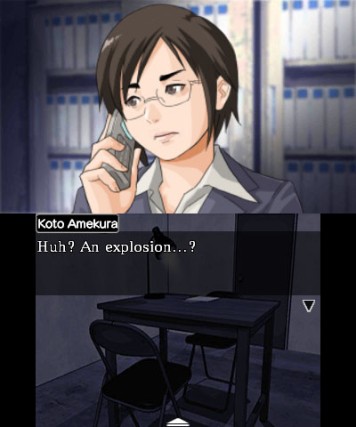 Chase: Cold Case Investigations ~Distant Memories~ is an adventure mystery game published on the 3DS eshop by Arc System Works. It is a Japanese visual novel game with point and click elements, similar in style to the Hotel Dusk and Phoenix Wright games. That first comparison is particularly relevant, as the game is made by Taisuke Kanasaki, director of the famed Hotel Dusk: Room 215. As the game’s title suggests, it sees you tackling cold cases by investigating old investigation notes, crime scene photos and eyewitness reports as you put together all the pieces. You can then interrogate persons of interest, in an attempt to narrow them down to a final suspect.

Chase: Cold Case Investigations ~Distant Memories~ is only a short game, lasting me about 2 hours. For a £6.00 price tag, this did feel like a bit of a joke – especially when one considers how many great games there are for far less than that which last much longer. However, the 2 hours is a good 2 hours. The player takes on the role of Shounosuke Nanase, a hardboiled Japanese detective, and must work with his partner to solve a mystery. I don’t want to describe the game’s mystery, as giving anything away when the story is already so short seems silly, but rest assured that it’s good. The narrative isn’t exactly revolutionary by detective story standards, but it does have a few twists and turns, and the characters are likeable enough to keep it engaging. 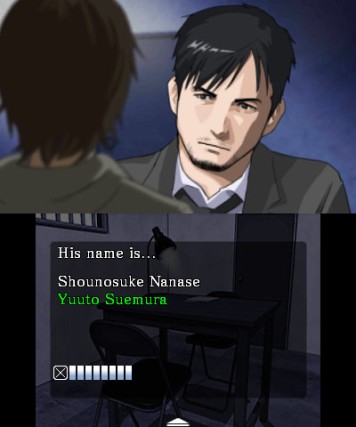 It’s lucky that the story is so good, because the gameplay is extremely basic. You tap on things with the stylus, and make choices when interviewing persons of interest, and that’s about it. Often it feels like the choices are pointless – the correct answer is obvious, and the ability to make a choice is only included in a feeble attempt to convince the player that they’re doing more than just reading a story. This lack of gameplay may be off-putting to those not used to visual novel types games – and even those already fans of Phoenix Wright and such will likely find the deduction required in Chase: Cold Case Investigations ~Distant Memories~ much less challenging than they would like.

Fortunately the game’s art is great, complementing the fairly gritty tone of the story superbly. It is done in a more serious anime style (no giant eyes, bunny ears and ninjas here!), and all characters feel real and expressive. The music also works well to set the tone, building up tension where necessary. 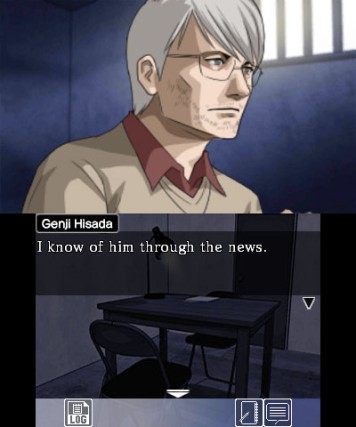 While as I previously mentioned, the story of Chase: Cold Case Investigations ~Distant Memories~ is good, it unfortunately doesn’t really feel complete. While you resolve the mystery, you can’t help but feel that you’ve paid £6 for what is chapter 1 of a longer game. That means that it’s really only for the truly dedicated, who are keen to support this game regardless, and are keen to get more. Anyone else would be better served by picking up the old Hotel Dusk or Phoenix Wright games, and getting their teeth into a meatier and more satisfying mystery.

Chase: Cold Case Investigations ~Distant Memories~ is a great narrative experience, even if it’s not much of a game. Its price will be off-putting for many, but for those willing to give it a go (or wait for an eshop sale) it provides a great story with interesting characters and cool art. And while it does leave the player wanting more – that might just go to show how compelling it is!