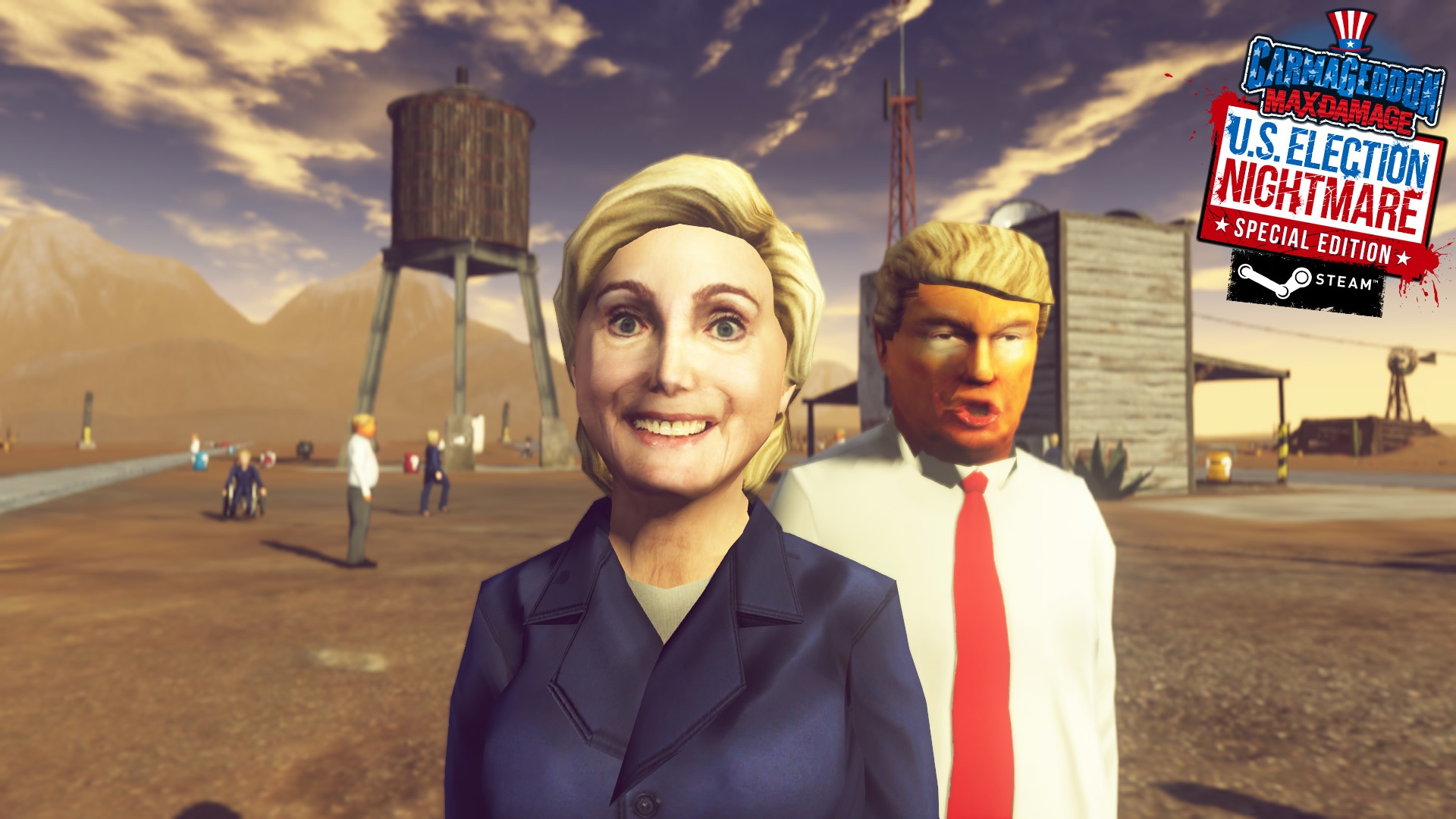 Back in the nineties, before GTA, people were losing their minds over the likes of Mortal Kombat and Duke Nukem for their graphic violence and all-round naughtiness. I was only a wee cub back then, but my memories are vivid. The more violent a videogame was, the more I wanted it, but none more so than Carmageddon. I remember reading an article in a gaming magazine in 1998 about controversial and banned games the world over, and that’s where I first glimpsed Carmageddon. A brief synopsis of the gameplay outlined the gratuitous slaughter of innocent bystanders as deranged competitors tried to obliterate each other in vehicular combat. As a nine year-old, this blew my mind. Of course I never got to play it because I was too young.

Now I’m twenty-six, I’ve got hair in my butt crack and money in my pocket so I can buy whatever the hell I want. The timings good too, because Stainless Games have just released Carmageddon: Max Damage on PC… for grown ups. It’s basically an updated re-release of last years Reincarnation albeit with a few new game modes and a much better performance. In case you didn’t play last years edition, it ran like diarrhoea on pretty much any setup you threw at it. This time however I never witnessed a single hiccup… at least as far as the performance is concerned. 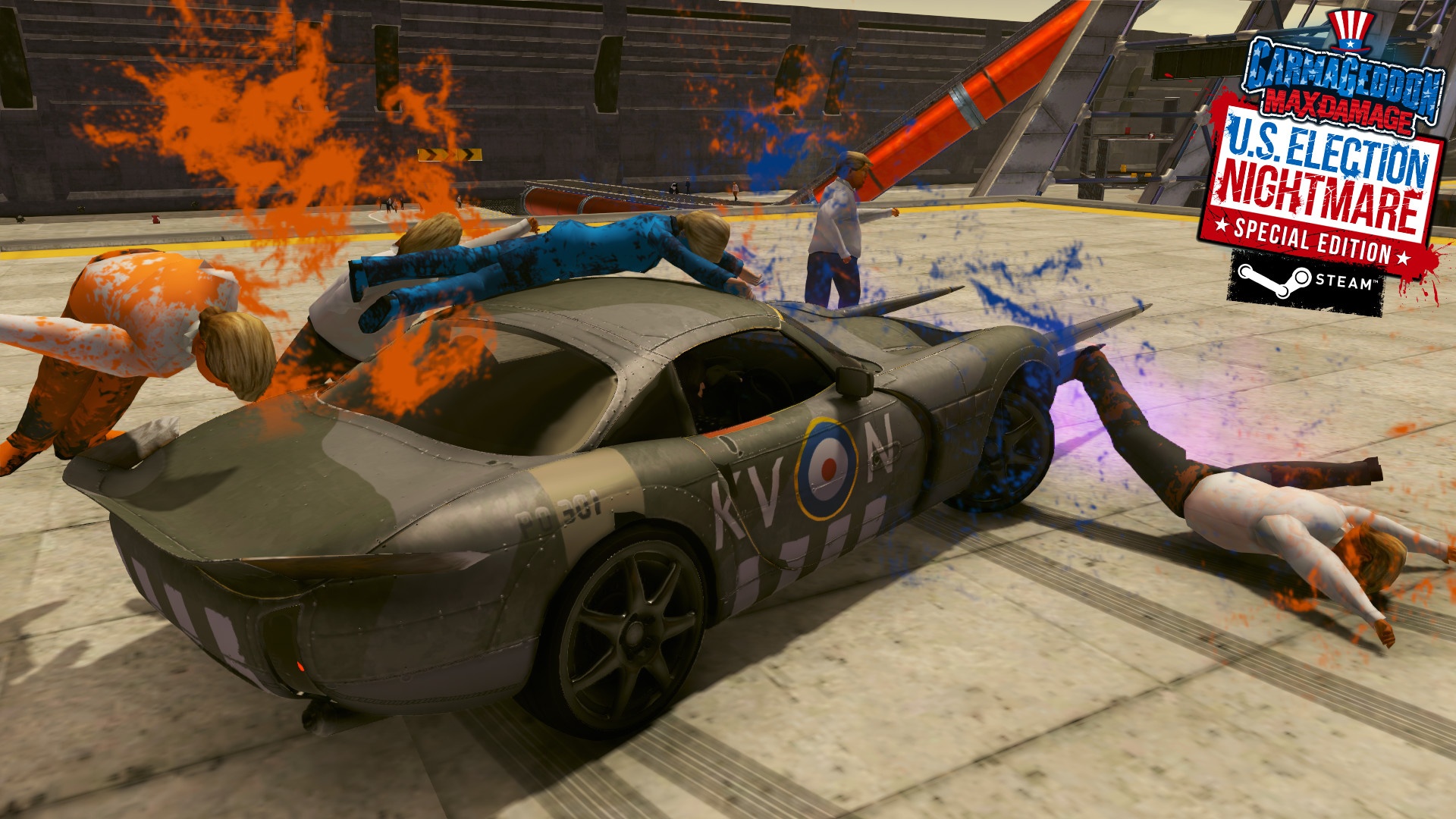 The rest of the game remains largely unchanged; the idea is to win each skirmish through a mixture of objectives. This is where Carmageddon really shines, as your never obligated to follow a certain path. The most open ended events allow you to achieve victory either by collecting checkpoints, destroying all your adversaries or simply murdering every pedestrian on the map. The career allows you to experience all the different game modes and maps, and you can add new vehicles to your collection by destroying the racer marked as “steal worthy”. Destroying a fellow racer isn’t as easy as it sounds though; Sometimes it can happen randomly with a head-on collision, but most of the time you’ll find yourself driving around collecting powerups, most of which are underpowered or downright useless.

You can get a deployable anvil that shoots from the front of the car, but its way too hard to aim. There’s also mines that can be planted, but on maps so big, you might find that the match is over before your traps are even triggered. The most useful of the lot is the pelvic thrust, which catapults you along with a burst of speed that can eliminate a foe with one well placed smash. This is tough to pin down though, because all the cars have poor handling and slide around as if you were using butter-coated wheels on a polished floor.

Games on smaller and cramped maps are much more enjoyable. The checkpoint races really stand out on these maps because they’re so small that almost all the racers reach the targets at the same time, and that’s when the damage is done. For the most part, Carmageddon isn’t that pretty to look upon, and I’m not referring to the buckets of gore lashed around the screen when you plough through a cow, I’m talking about the graphics. They’re mostly average and unremarkable, although the damage effects to the cars does deserve a mention; a heavy hit to the side can bend your car beyond recognition, and a heavy landing could mean the loss of a wheel. Just like the the mindless killing of innocent bystanders though, it’s totally inconsequential. All you have to do is hold R on the keyboard or Y on your Xbox controller and your car is magically repaired. 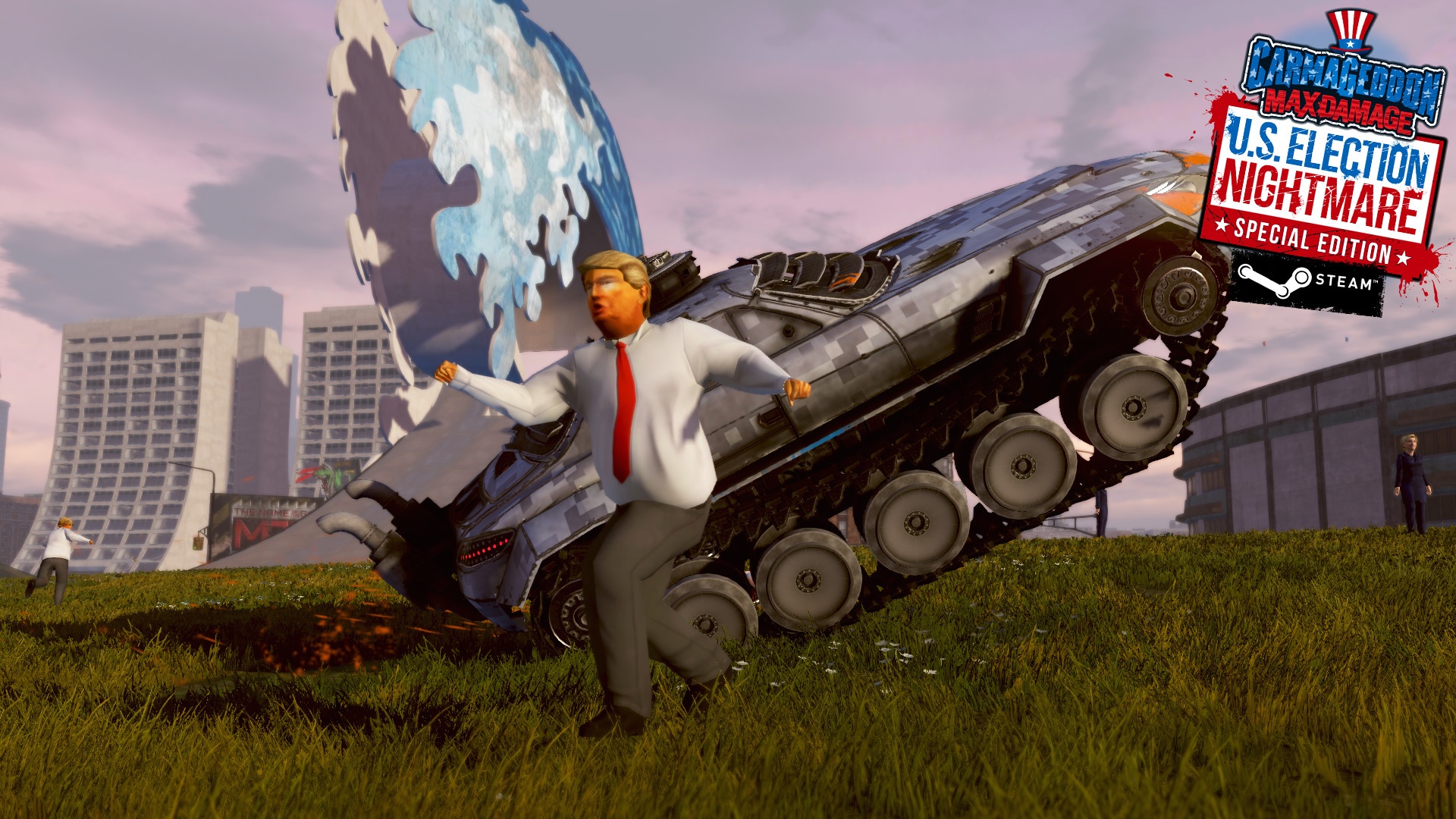 The main appeal that Carmageddon has going for it though is its sense of humour. The developers really went to town with over-the-top violence, but it’s so tongue in cheek with how it actively sets out to offend everyone. You can run over old ladies and disabled people. I mean come on! There’s even a US Election Nightmare update with two modes called Trumped-Up and Hillaryous where pedestrians are replaced with Hilary Clinton and the now President Elect, Donald Trump. It’s totally stupid and doesn’t add much in the way of content but… it’s pretty funny.

However, with maps so big and empty, I ended up playing matches that lasted as long as thirty minutes. That’s just way too long. Combine this with the horribly spaced-out and mostly useless powerups and Carmageddon ended up a boring chore more than anything else. The original series had a cult following but was never revered for stellar racing simulation. The allure with the series was always the gore, and in a post GTA V world, it has become nothing more than a gimmick. Worst of all though is that the game is just flawed on a fundamental level. Kudos to Stainless Games for getting the game to run properly a year later, but all the performance optimisation can’t save a game with a visually average presentation and ropey driving mechanics.