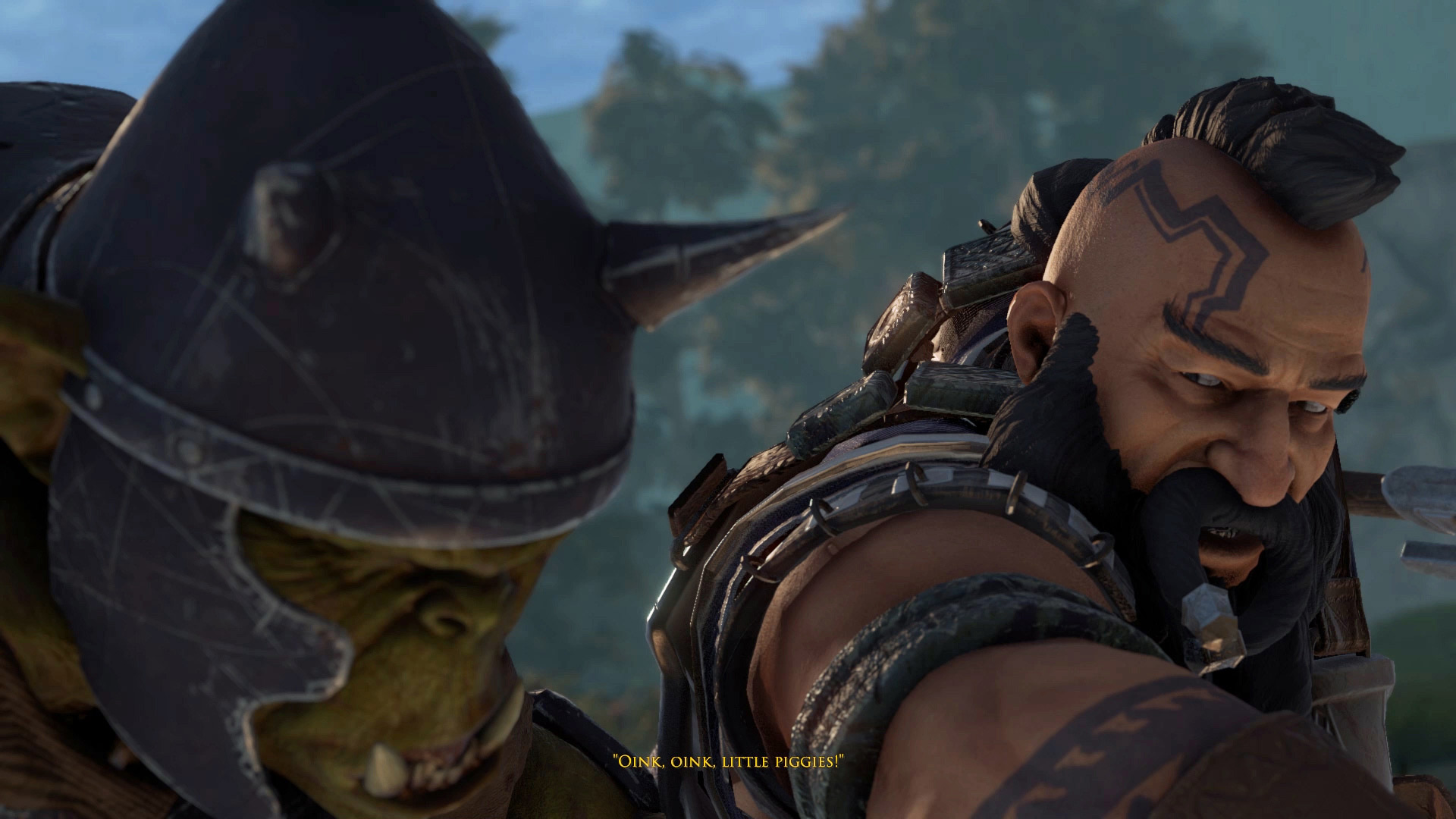 It might not appear to be the most obvious point of comparison, but King Art Games’, The Dwarves and 2K’s, Mafia III both have a lot more in common than one might expect. Both games tell fantastic stories, both have great writing and very likeable protagonists, and both, more disappointingly, fail to capitalise on their many positive attributes.

Like Mafia III, The Dwarves is let down by its somewhat mediocre gameplay and a handful of technical issues. It isn’t a bad game by any stretch of the imagination (it’s actually rather enjoyable for the most part), but with such a likeable cast of characters and such a brilliant setting with which to work, The Dwarves, despite its many positive attributes, ultimately feels a tad disappointing.

Based on the novel of the same name by Markus Heitz, The Dwarves follows the story of Tungdil Goldhand, a young dwarf who has grown up and lived his whole life amongst humans in the land of Lonandar. Being that he’s grown up around humans, he has taken up what can only be described as human traits with the dwarves introduced later in the game calling him out on his decidedly non-dwarven sensibilities. Tungdil makes for a compelling and hugely likeable lead with the additional members of your four man team and the host of crazy characters that you encounter on your adventure proving entertaining and largely well written.

The plot itself is a little more run-of-the-mill fantasy fare, but it’s a well told yarn, one that keeps the emphasis on its likeable lead while doing enough to flesh out Girdlegard’s five enchanted realms and its host of diverse races and unique narratives. With evil forces amassing in the Perished Land, it is down to you and your dwarven brethren to prevent the destruction of the five realms. This invariably comes down to an array of battles with a seemingly endless army of orcs and a host of other unpleasant beasties as you employ The Dwarves’ solid but decidedly slight tactical RPG mechanics. 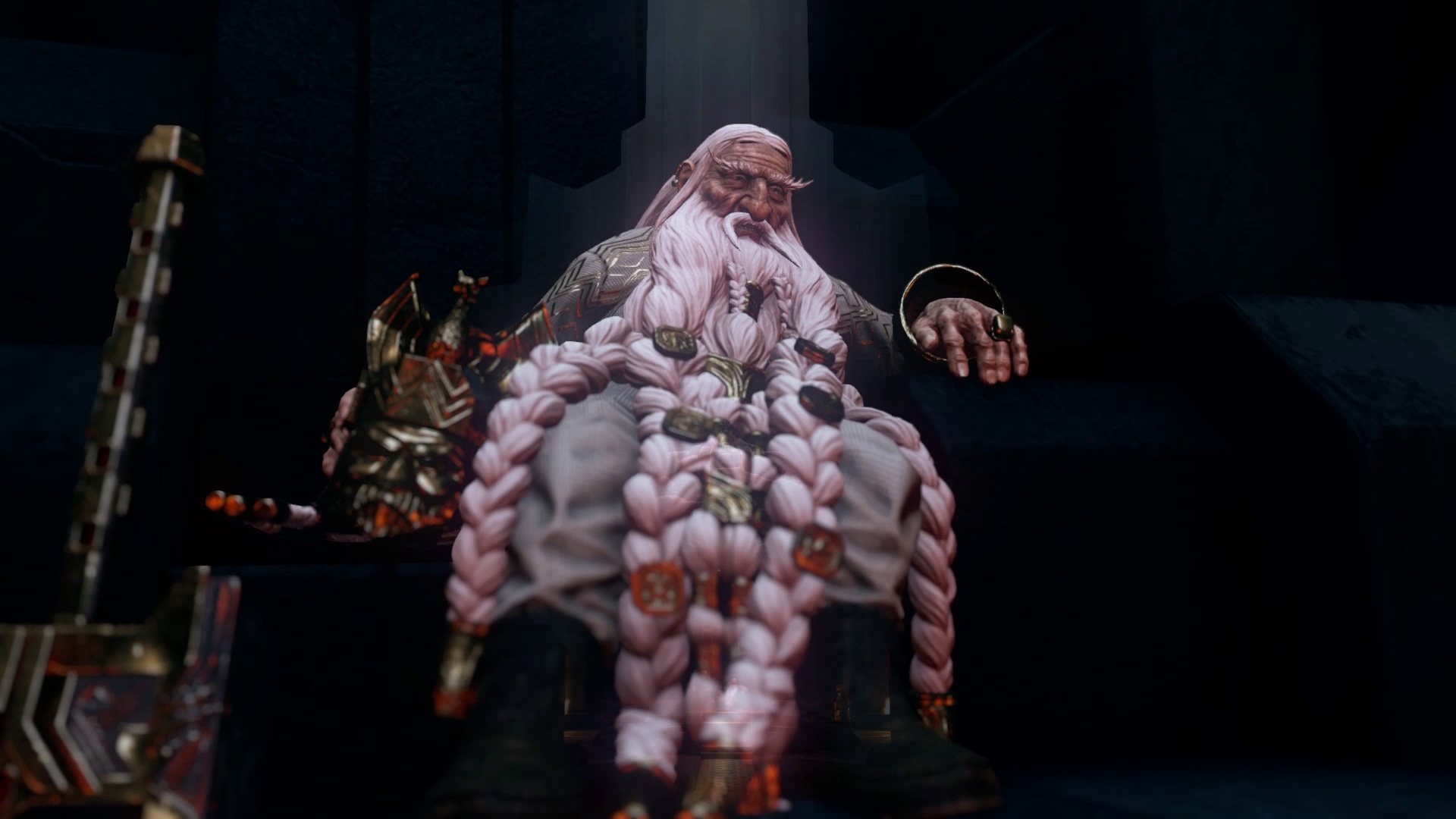 Taking control of your party of four, you are subsequently thrown into a host of incredibly hectic battles in which you will need to utilise a combination of real-time mechanics and relatively simplistic squad commands. You can pause the game at any point to issues said commands before returning to the much more action oriented gameplay that is implemented once you are back in direct control of Tungdil. It’s a decent system and one that I actually prefer to some of the more complex and tactically exhausting games on the market, but due to the large-scale nature of the battles, any kind of subtlety afforded by the games’ tactical options are often lost amidst a flurry of enemy attacks.

The systems work just fine in theory, and the ability to unleash special attacks that can theoretically push enemies off cliffs and into environmental hazards does add a unique tactical twist to proceedings, but in practice, the mayhem on-screen ensures that you and your team are tricky to spot when in motion and hard to successfully command when in tactical mode. It all lends itself to an experience that isn’t quite deep enough to succeed as a tactical RPG and not quite fluid enough to work as a straight up action game.

Still, if you can deal with the fact that The Dwarves fails to truly master either art, its use of both does give it a somewhat unique feel, and for those often put off by complicated mechanics and seemingly endless options, The Dwarves does find a nice middle ground that provides just enough depth to keep tactics fans happy and more than enough combat to please those used to the more action-oriented types of Diablo and the such. The combat itself is a tad repetitive, but with a host of unique challenges and objectives, the game does enough to keep it interesting for the majority of its 12+ hour running time. 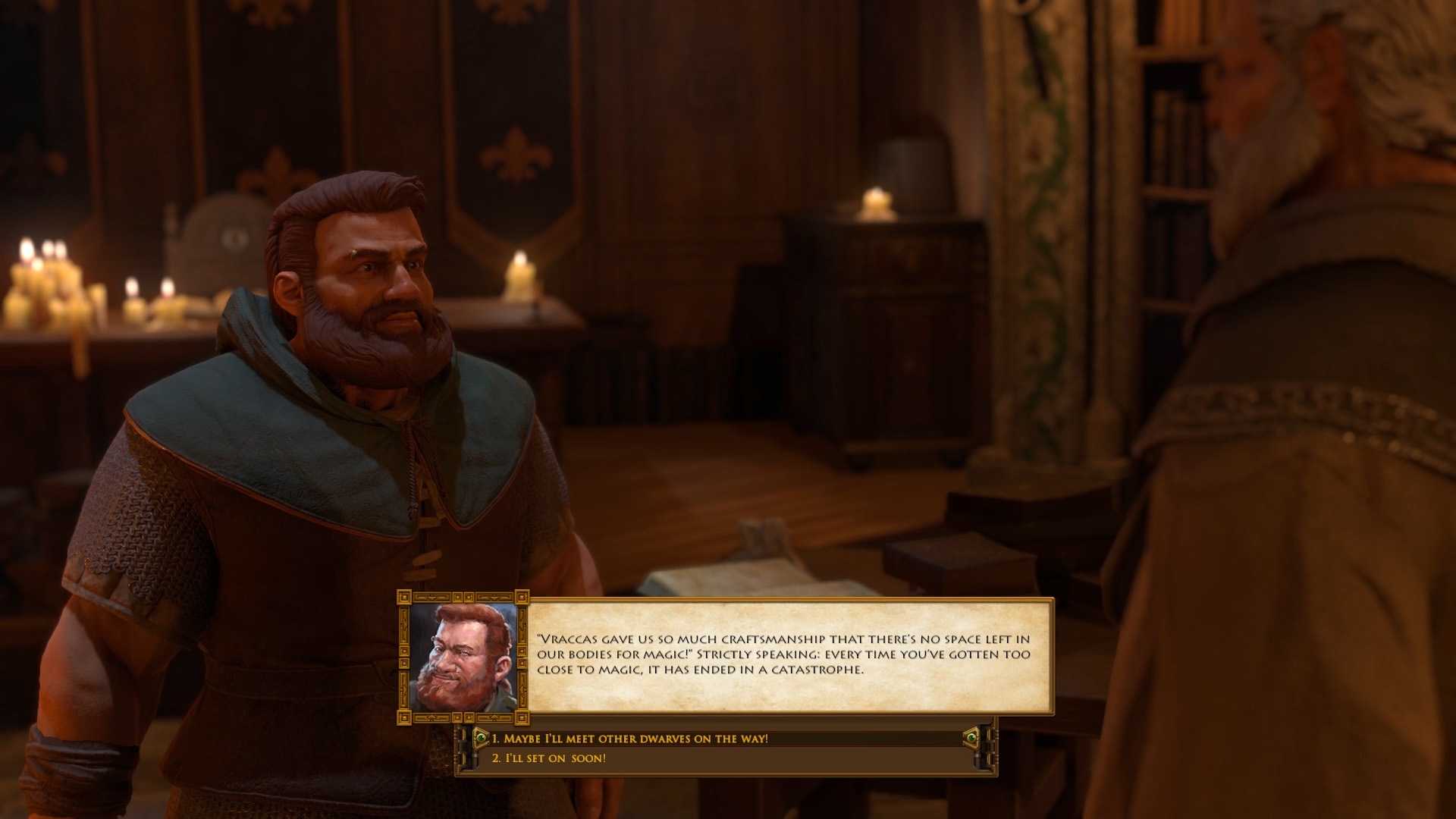 As for the RPG side of things, well, like the rest of the game, it’s a bit of a mixed bag. Again, everything here works, but it’s probably lacking the kind of depth that fans of the genre have come to expect. There are a decent selection of unlockable special attacks for both Tungdil and his team of heroic dwarves, but in practice, they are all a bit samey and don’t do enough to change-up the mechanics or your subsequent approach to battle. Equipment too, while delivering a basic level of customisation, is devoid of the kind of loot system that could have made this a much more addictive experience. Smashing your way through hordes of orcs is always fun; it’s just a shame that King Art Games didn’t do enough to make it a consistently compelling experience.

Visually too, while the game looks very nice in principle thanks to some decent looking locations and some very charming art design, it is somewhat let down by a selection of technical issues that undermine many of the games’ more positive aspects. There is nothing game breaking here, but with so many characters on the screen, the frame rate does take a hit, and with huge battles being par for the course, these visual discrepancies inevitably occur on a disappointingly regular basis.

Despite the technical issues, the lack of depth and the slightly repetitive gameplay, The Dwarves, thanks in part to its fantastic narrative and hugely likeable cast of characters, proves a largely enjoyable tactical RPG that delivers a nice balance between strategic squad commands and real-time combat. The heavy emphasis on large-scale battles does come at the cost of exploration and some of the depth that fans of RPG’s have become accustomed to, but if you’re willing to overlook its shortcomings, King Art Games’, The Dwarves will repay you with top-notch storytelling and enjoyably solid core mechanics.