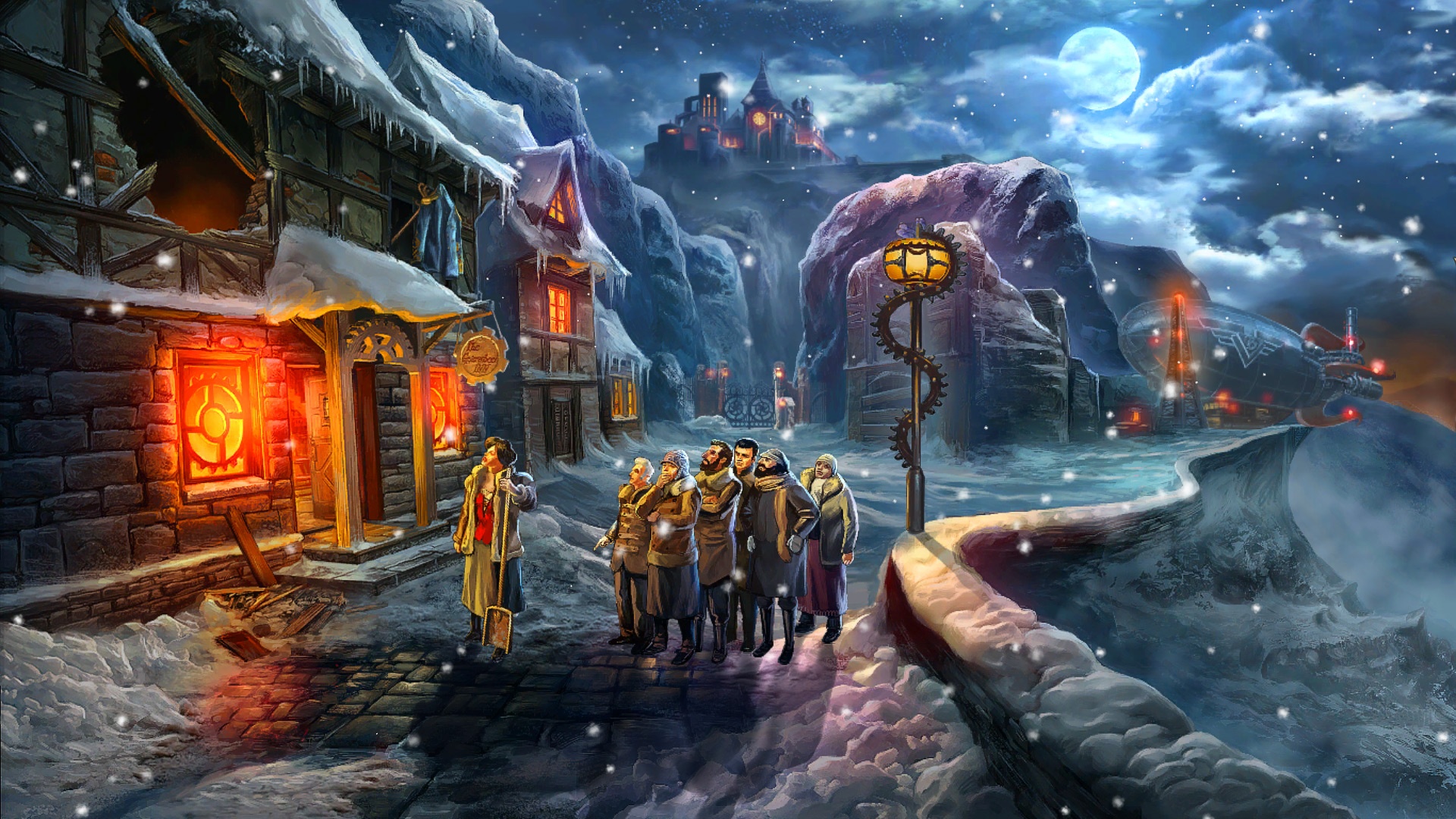 Clockwork Tales: of Glass and Ink isn’t the sort of game I’d usually find myself playing. It’s a hidden object/puzzler game from developers Artifex Mundi, following the adventures of secret agent Evangeline Glass and her scientist friend Ambrose Ink. While I’m quite familiar with point and click adventures such as Grim Fandango or Leisure suit Larry, Clockwork Tales takes more of a Professor Layton approach to gameplay, requiring players to solve puzzles or locate certain objects within a screen to progress.

The story has you taking control of agent Glass as she tries to uncover the secret behind mysterious earthquakes destroying the towns and cities. To do this, she must locate Dr. Ink; the most celebrated scientist of the steam revolution and rescue him from the clutches of the evil Gerhard Barber and his army. The whole thing feels pretty average to be honest. It seems thought out enough to link with the puzzles you solve, but ultimately falls short of having you care about the steam-punk world or the characters that inhabit it, which is a shame. The game offers another campaign to play through after completion of the first, which offers a few more puzzles and extra story. 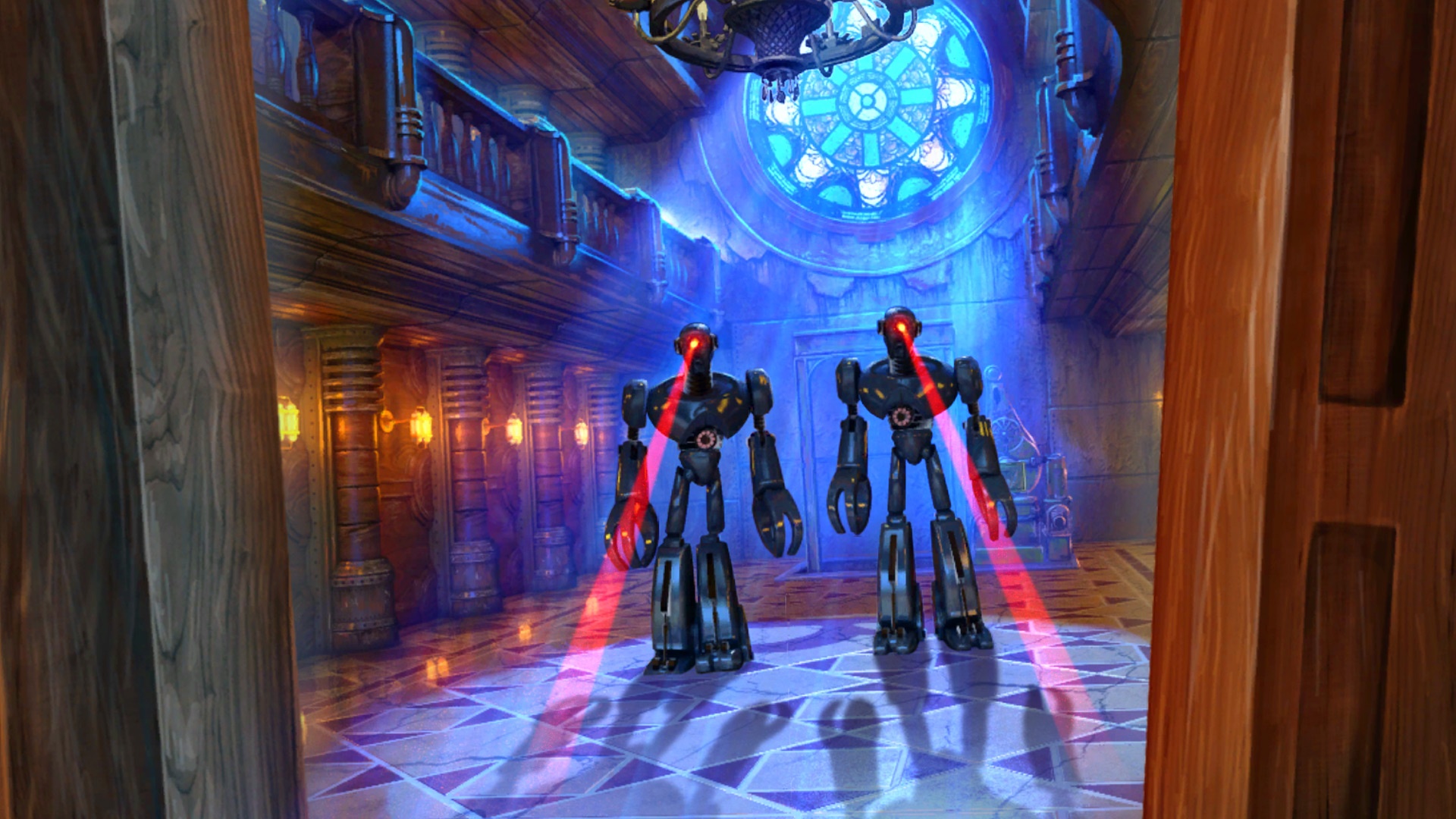 The game presents itself through a series of interactive screens which contain puzzles. To provide you with a few examples of the level the game is pitched at, in terms of intricacies; one such example required me to pour two litres of liquid into a machine using jugs that can hold five, three, and one litres. There was (of course) one of those slide puzzles that required me to slide squares around to free a key. There were about five or six mazes. They were all puzzles that seemed slightly challenging, but it honestly felt like I was playing the maths software ‘games’ back in school, and were all easily solved within a few minutes. Anyone familiar with this genre, will find nothing new in the puzzles the game ‘tests’ you with.

Much more fun were the ‘Where’s Wally’ style hidden object puzzles, as these often required me to use other items within the screen to solve them, and were often quite ludicrous. Need that piece of broken glass hidden underneath a dry birds nest? Grab the match hidden in the broken vase and start a small fire, only suckers would try to reach through a bird’s nest that wasn’t on fire, apparently. Most of the solutions presented by the game seemed to be a situation where you would shrug and say ‘I guess that would work’, as you collect a diamond to cut a hole in some glass you could easily smash with a rock, but that’s why I write reviews and not hidden object puzzle games.

Visually, the game is more of an occasionally moving picture than anything else. Characters move across the screen in a series of two or three jerky steps, rather than moving fluidly along, and although the individual screens and puzzles are illustrated pretty nicely, it all seemed pretty lazy. The whole thing looks more like an interactive story book than a game, and while some people might like the general ascetic feel of it, I thought it felt a little bit cheap. 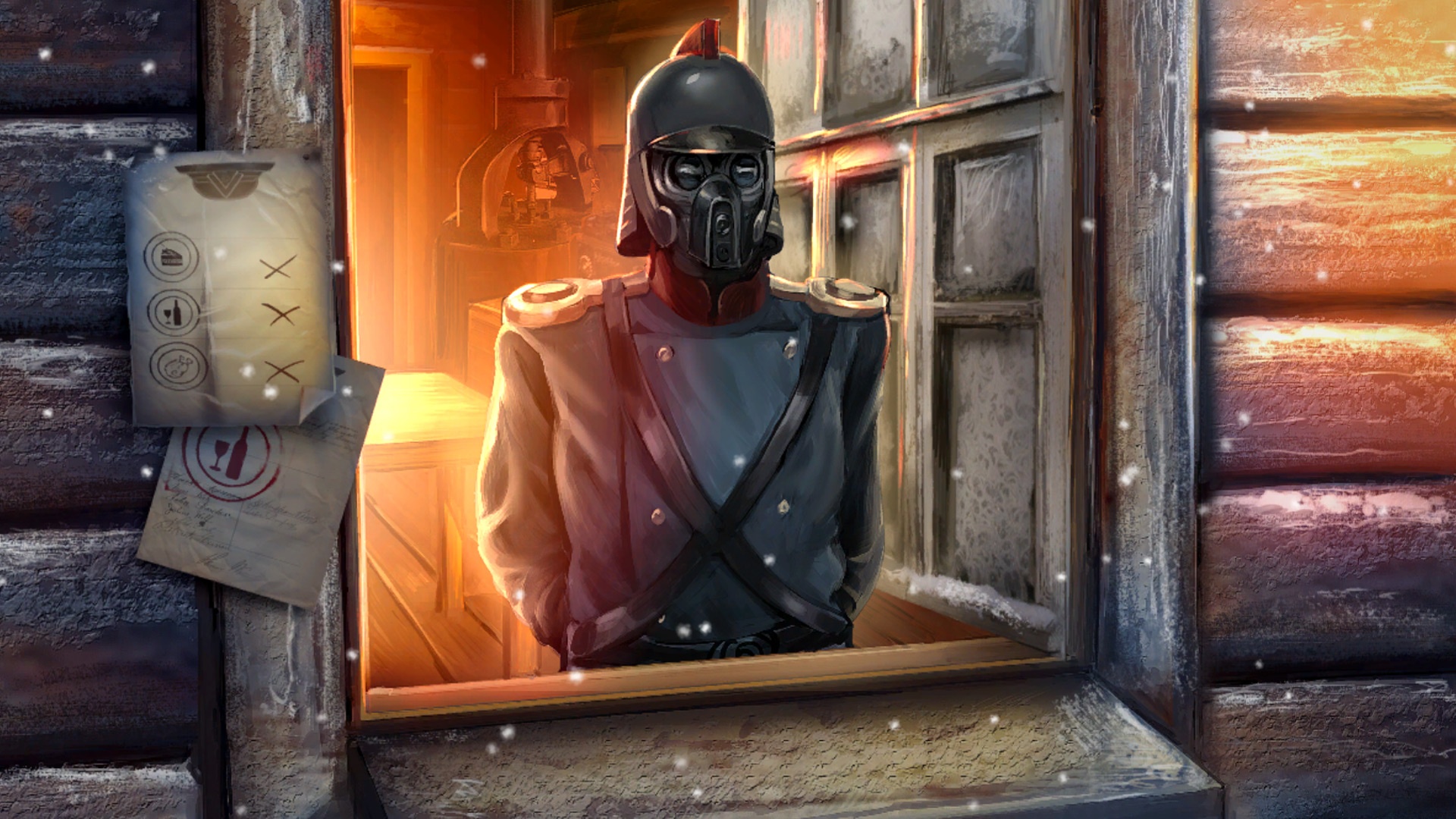 The sound design in general was above average, but was let down in places. Mysterious music played throughout the game, solutions and important objects had various sound cues signalling importance, but the voice acting felt pretty weak at times. The biggest weakness I saw however, was that the campaign ended up being an extremely short three and a half hours, which included collecting all of the hidden bugs dotted around each screen for an extra PS4 trophy. The game did allow you to play through again on expert mode, but as I didn’t play through it, I can’t comment on how much more difficult the puzzles would be, if at all.

Overall, I find it difficult to get that excited about this game. It was sort of challenging enough at times, but I often wished I was playing one of the point and click adventure titles mentioned at the start of this review. The story lacked any real charm or depth, and most of the time it felt like I was playing a game that came free with a box of cereal rather than something I would go out of my way to purchase. It’s nowhere near as well made as similar titles,  like the Professor Layton series, and fans of the genre will probably blast through the puzzles in minutes. If you are adamant about playing this game, stick to buying the mobile version, which the quality of the game is far more suited to.