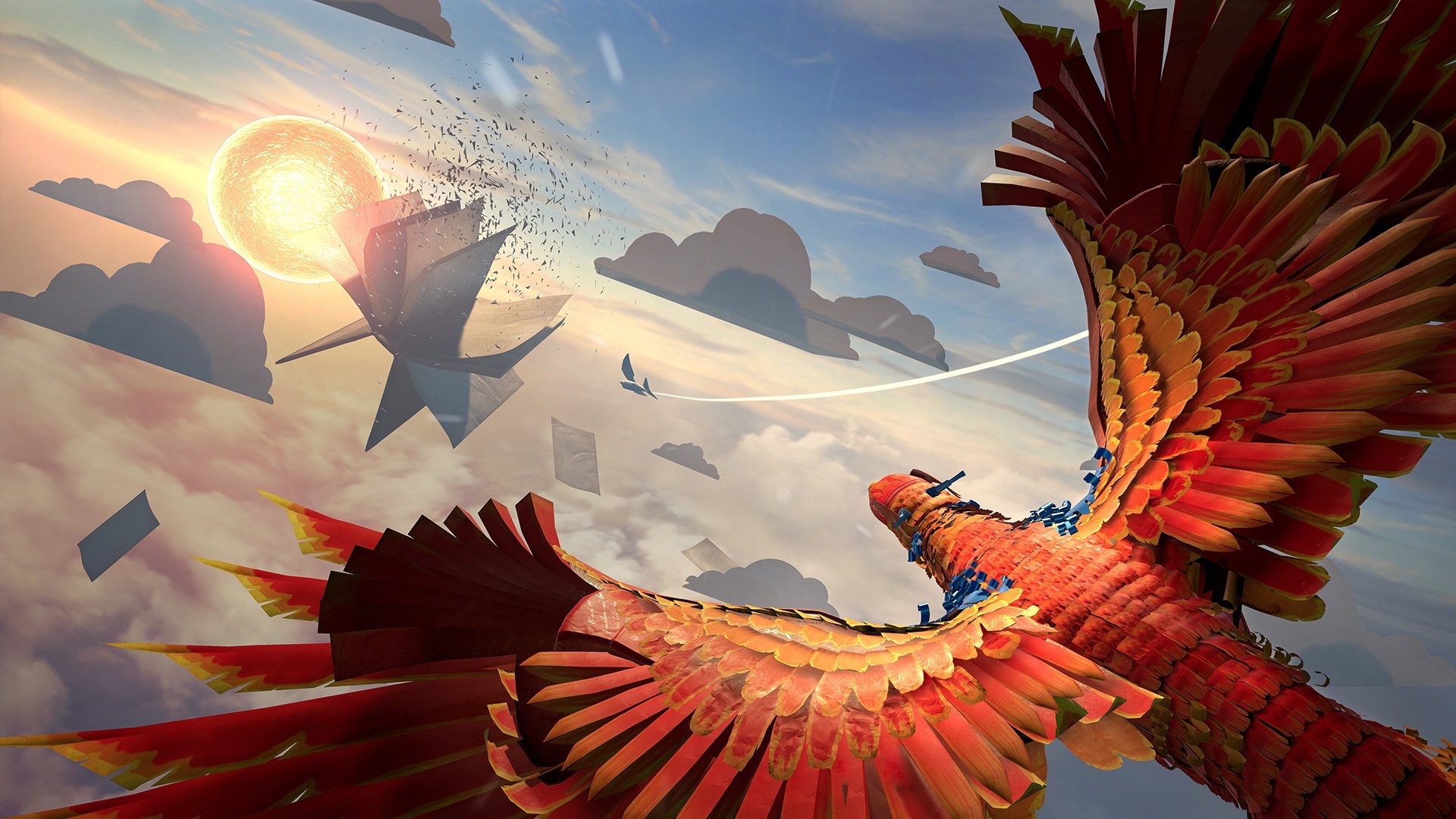 The PSVR has almost been out for a few months at this point, so there are a lot more games on offer now and therefore a lot more choice of what VR games to spend your money on. There are experiences from exploring space in your own ship to being chased by spooky monster; while most of the bases have been covered but not perfected.

How We Soar, however, manages to be a game that would appeal to the niche genre in VR that hasn’t really been touched yet; the sort of small genre that games like The Unfinished Swan would be in. How We Soar puts you on the back of a griffin or a bird, I’m not 100% sure (probably a bird), with the mission of going through hoops in order to trigger orbs to be spawned in ready for you to catch. Once you catch-all of these orbs you’ll unlock a little bit of story which will then allow you to move on to the next level. 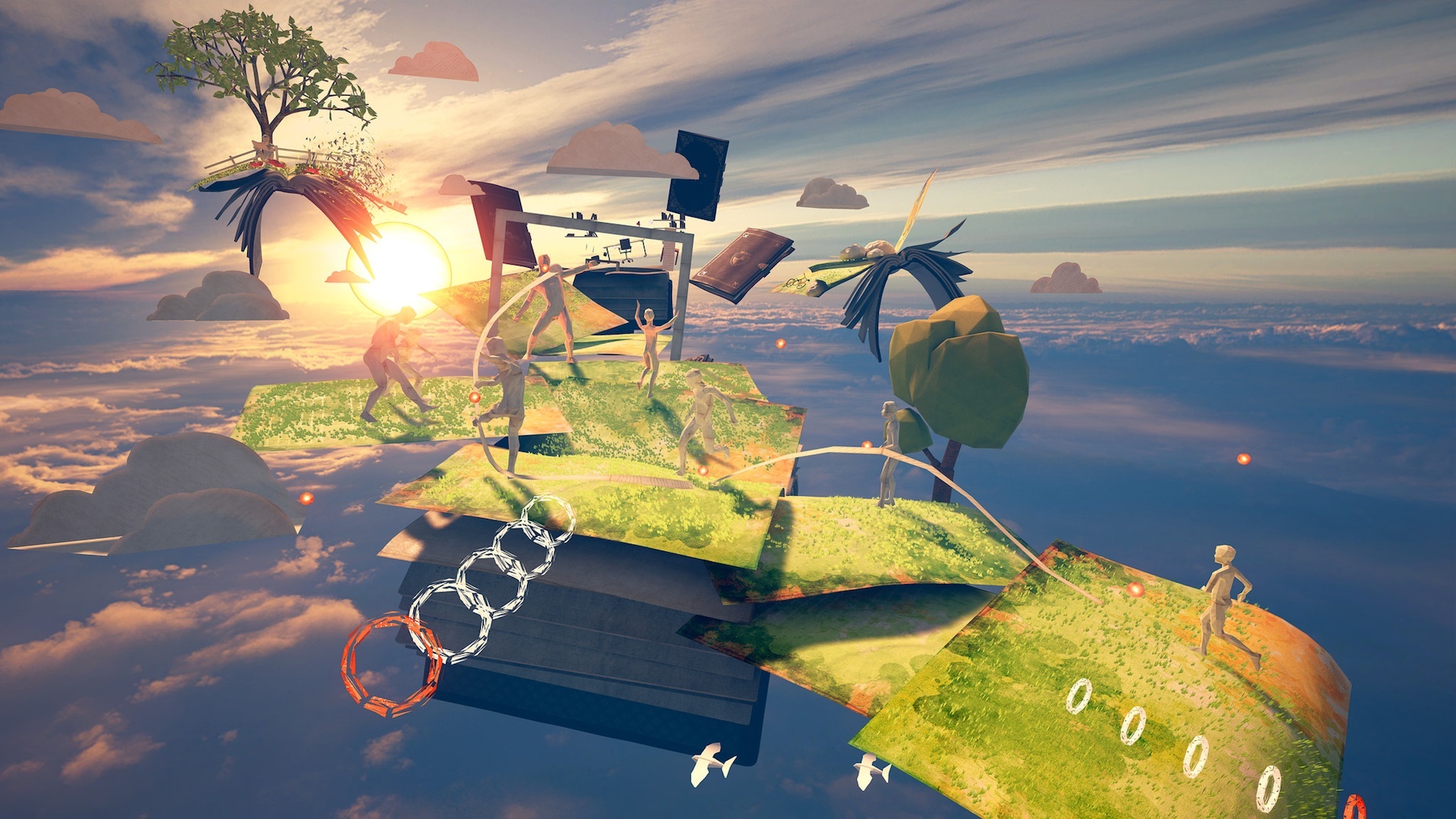 To get these orbs you have to fly through rings as they appear, like Superman 64 for lack of a better comparison. There is some difficulty when controlling the bird through the hoops which I assume is the main way to make this game challenging, but the slow control of turning can be irritating at time as it will take you a while to get back to line up your chance again.

The little bits of story are entertaining enough for an indie game and do offer some very pretty visuals. I found that How We Soar is like a puzzle as each level is like a piece (Don’t worry, this is going somewhere). It won’t really make sense at first at, but as you progress it will slowly piece it all together; much like most indie games. The reason for this is that you get thrown straight into gameplay rather than having to wait through an opening cut scene in VR, so this manages to be a good VR experience as well as a good indie game in general. 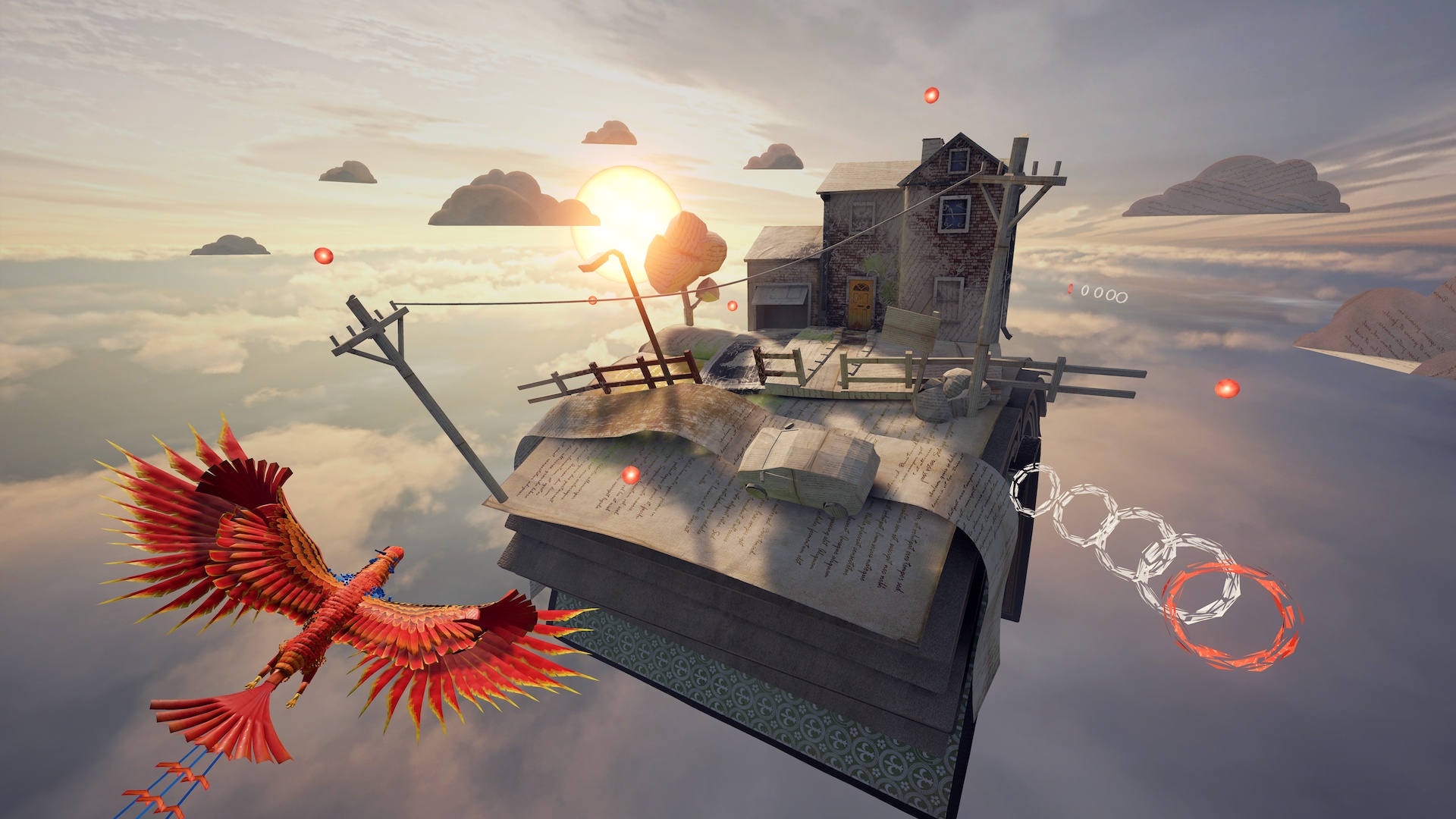 The sky aesthetics as you fly through this game are very impressive and offer a cool, less realistic approach to VR graphics. This isn’t a bad thing at all, I find it better flying a giant bird through hoops without having to this if this looks the same as the time I flew a giant bird before. It’s just nice to see something a little bit different offered instead of covering a setting that has already been or is being done by a bigger developer.

Overall I’m going to give How We Soar 7 out of 10. While sometimes the controls can be a little bit difficult to use and the max speed of the bird itself may bother those with little patience, this game is something to be enjoyed and savoured. You’re meant to take in the scenery that has had a lot of effort put into it rather than complete it for the sake of completing it. VR games like Driveclub send you by scenery so fast that you don’t get a chance to look at it, but How We Soar gives you the chance to look  around as long or as short as your stomach can handle riding a bird.