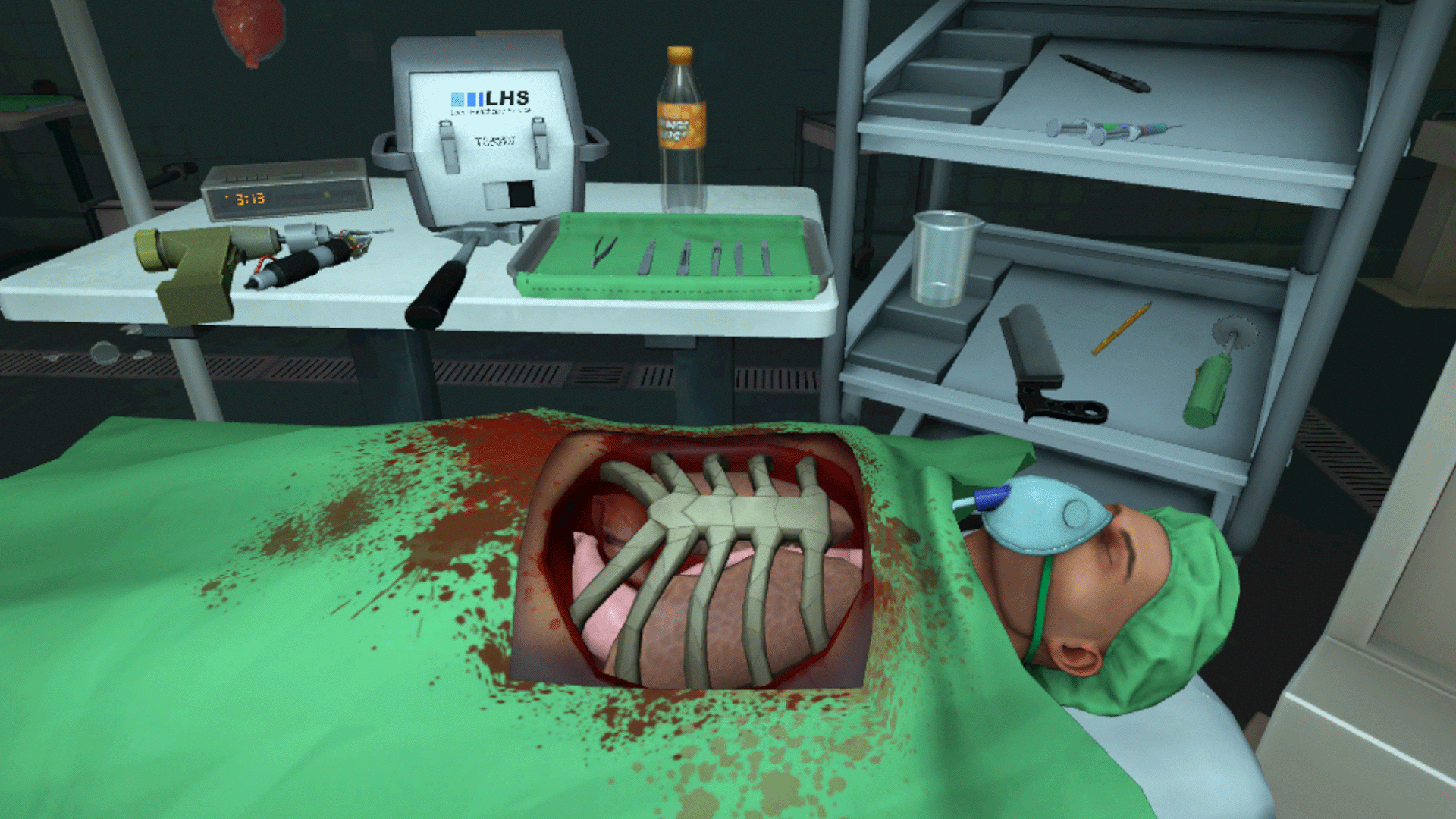 Since its original release and the fame it has got for its physics and amusingly difficult controls, Surgeon Simulator has been destined for VR; which is why I was so curious to get my hands on this VR update for PS4. Unfortunately, this excitement and interest one may have will be short lived after you try any sort of movement you would expect to do in VR; much like how Job Simulator allows you to throw things about. But this game suffers from various tracking issues that can sometimes be so bad that you’ll just end up getting frustrated and give up.

Surgeon Simulator: Experience Reality puts you in the position of a surgeon (duh) and puts a gentleman’s life in your hands as you must operate to the best of your ability. Don’t worry, it isn’t as serious as it sounds; the cartoonish style and comical blood stops this game from being the things of nightmares. There are different challenges you can work through, but all come off a little bit too short in the end; I guess this could be acceptable as this is a VR game so it may be more difficult to make more levels, but still not up to the thorough level standard as Driveclub VR. 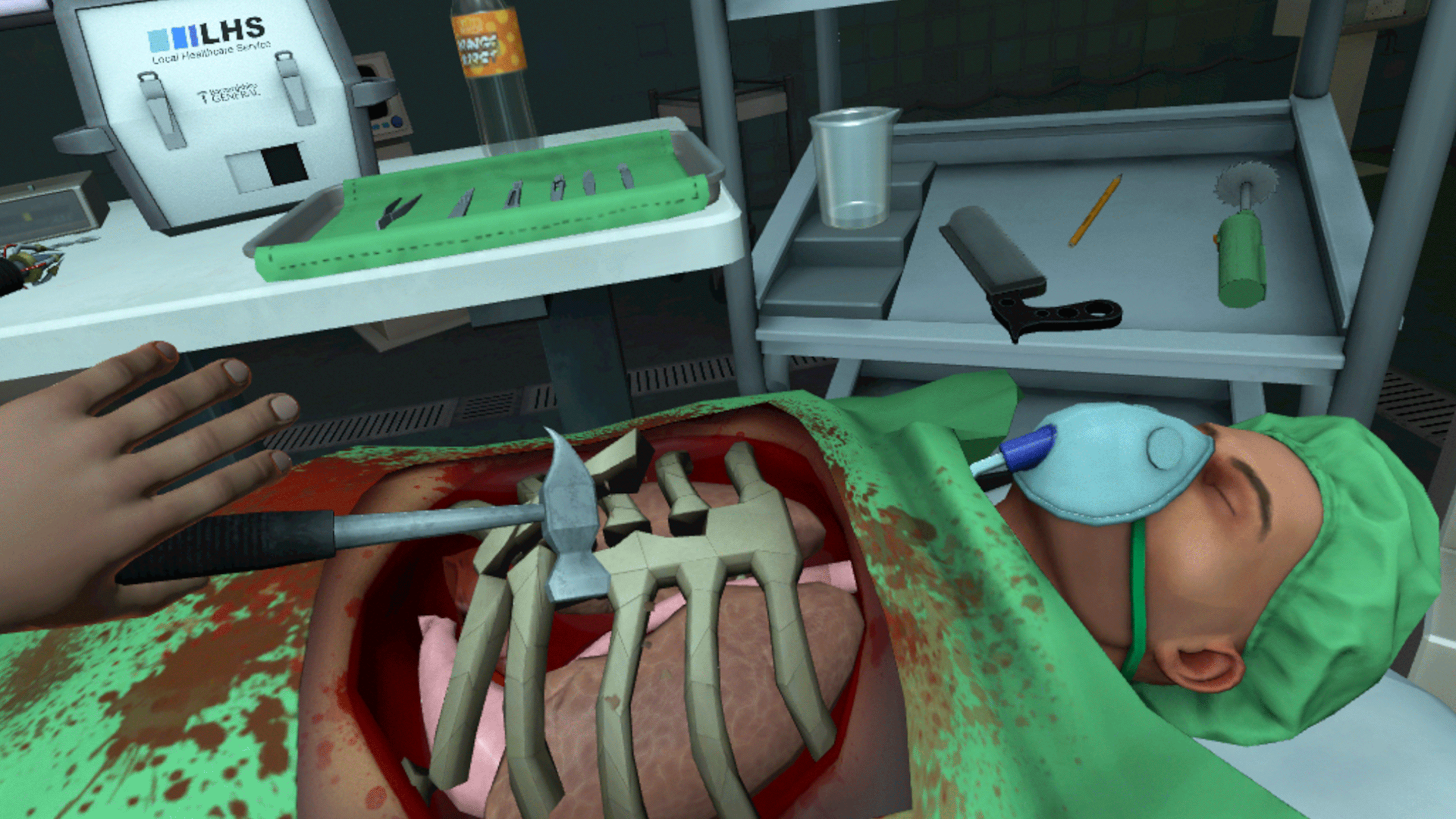 After you get past the difficulties of setting up, which took me a lot longer than other games like Batman VR and Job Simulator took, you’ll get to the actual game. The problem I had specifically was with the camera, which for some reason refused to collaborate with the game’s “play area”; and then whenever I attempted to reach out to start selecting stuff my hand turned into a skeleton’s, which is used to symbolize when your hand is out of the “play zone” and your movement are no longer being registered. This wasn’t only present in the menu system, but this also happened during the game itself; which for a game under a time limit is a big disappointment.

As well as the tracking in the play zone being a tad temperamental to say the least, I also had some technical glitches just with the controls in general. When using certain surgical tool I could make up a name for, I suddenly found my virtual hand going absolutely mental and causing me to temporarily slaughter this one gentleman. This only time I’ve seen a VR control system this shite was from The Martian VR Experience, which I am still trying to forget by having many nights at the pub. 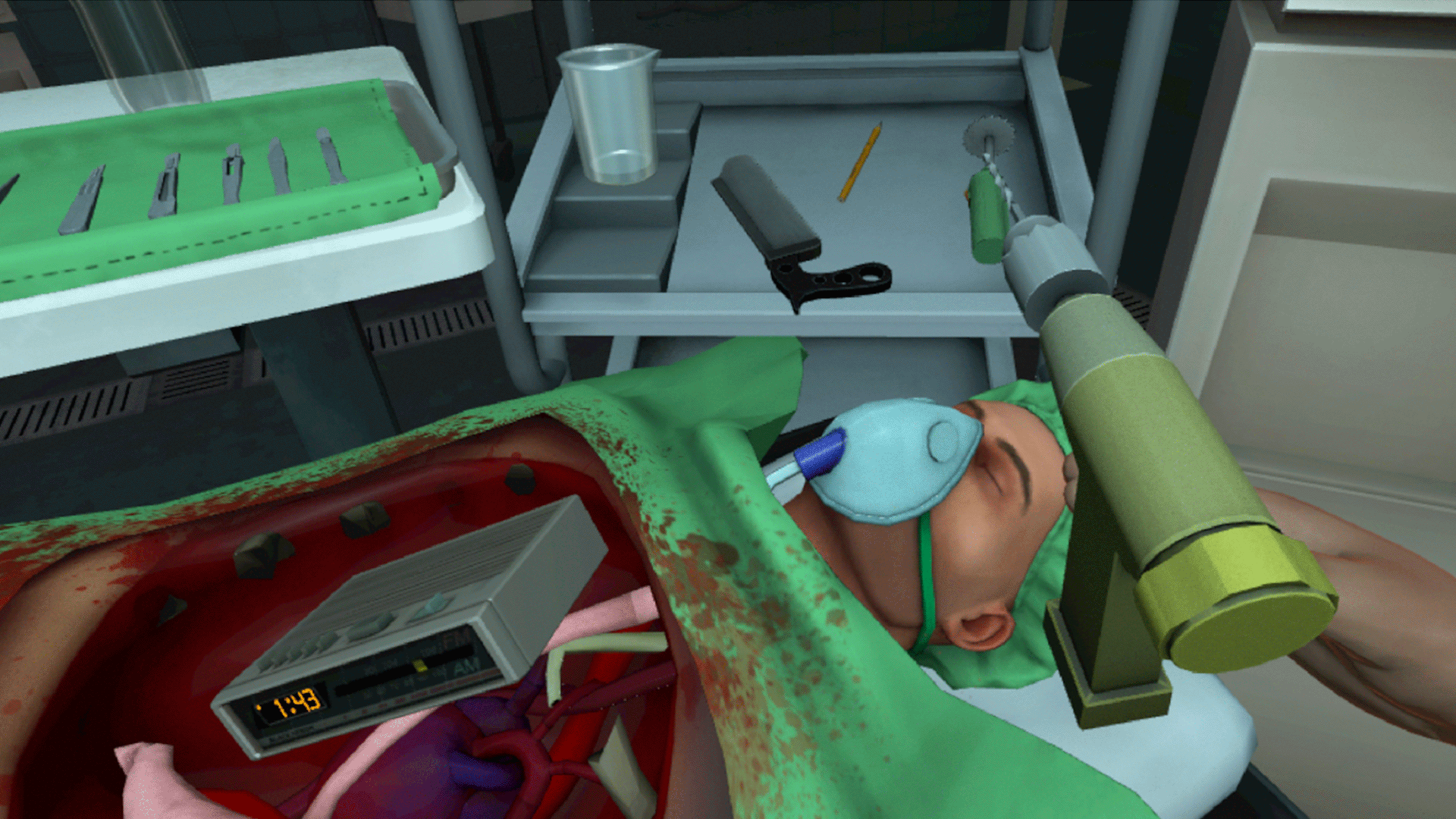 When you see the fun that can be had with the normal version of Surgeon Simulator, you’d think a VR version of this game would be a sure bet. But when you mix the control and tracking difficulties with the lack of levels it’s just not worth your time. I was hoping this would be the sort of game you and your mates can take turns in, but this is just boring and disappointing. You can see there must have been some effort put into this game, but it’s such a mess that it isn’t worth buying; which is a shame as this could be such a fun game as this concept has worked so well out of VR.