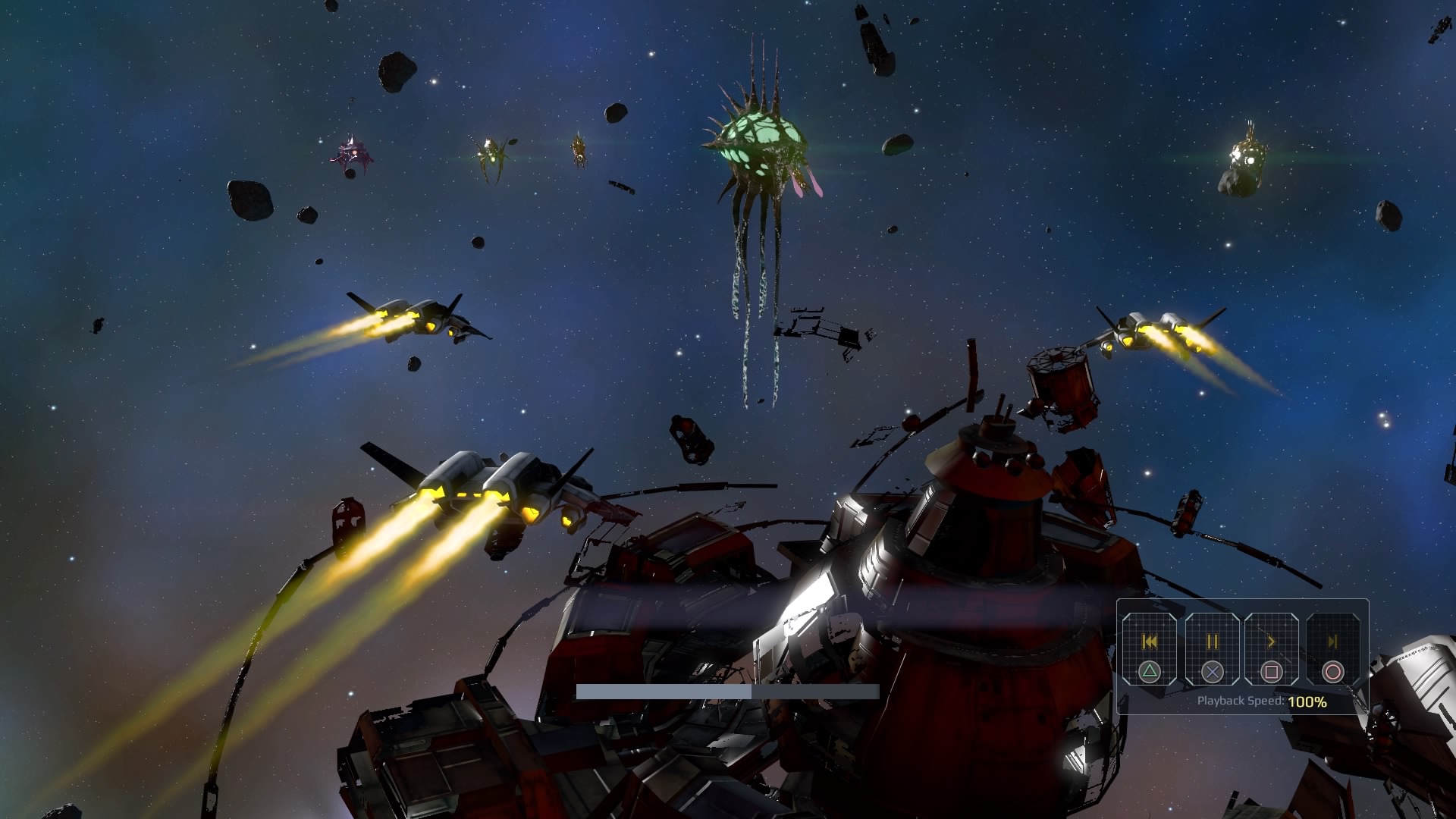 Strategy games used to be a P.C. only affair, and it’s simple to see why. Its the control scheme, incase you were wondering. It seems to be incredibly difficult to transfer the absolute control a mouse and keyboard can give to a player over to the dark side of the console controller. Many have tried and very few have succeeded. Sure, you have the absolutely stunning Halo Wars series, but that seems to have been designed with the port in mind, not as an afterthought of the success of the P.C. version. So it pains me to have to tell you that Star Hammer: The Vanguard Prophecy is yet another casualty of the strategy genre port, and it’s a crying shame, because it would probably be a lot of fun to play if not for the incredibly clunky controls.

Star Hammer: The Vanguard Prophecy is a turn-based space strategy simulator, where you are given control over an ever growing armada in an effort to win the war against the squid-like Krill, and other assorted enemies such as space-pirate raiders. Initially, its extremely overwhelming. The tutorial will throw at least twenty text boxes of information at you before you have even made a move, explaining things like how to distribute energy to different systems like engines or weapons. It will explain how the ships move, how to fire missiles, how to deploy countermeasures. If you are anything like me, this level of detail is music to your ears. Having complete control over power distribution just gave me an excuse to tell an imaginary Mr Wharf that I needed all power to the phaser array and that he should make it so. The game offers a wide variety of ship classes, all of which will have different statistics like agility and strength to allow you to plan the ideal strategy. After fiddling with the engines and plotting the course each of your ships should take, its time to end the turn and watch as your moves play out in real time. 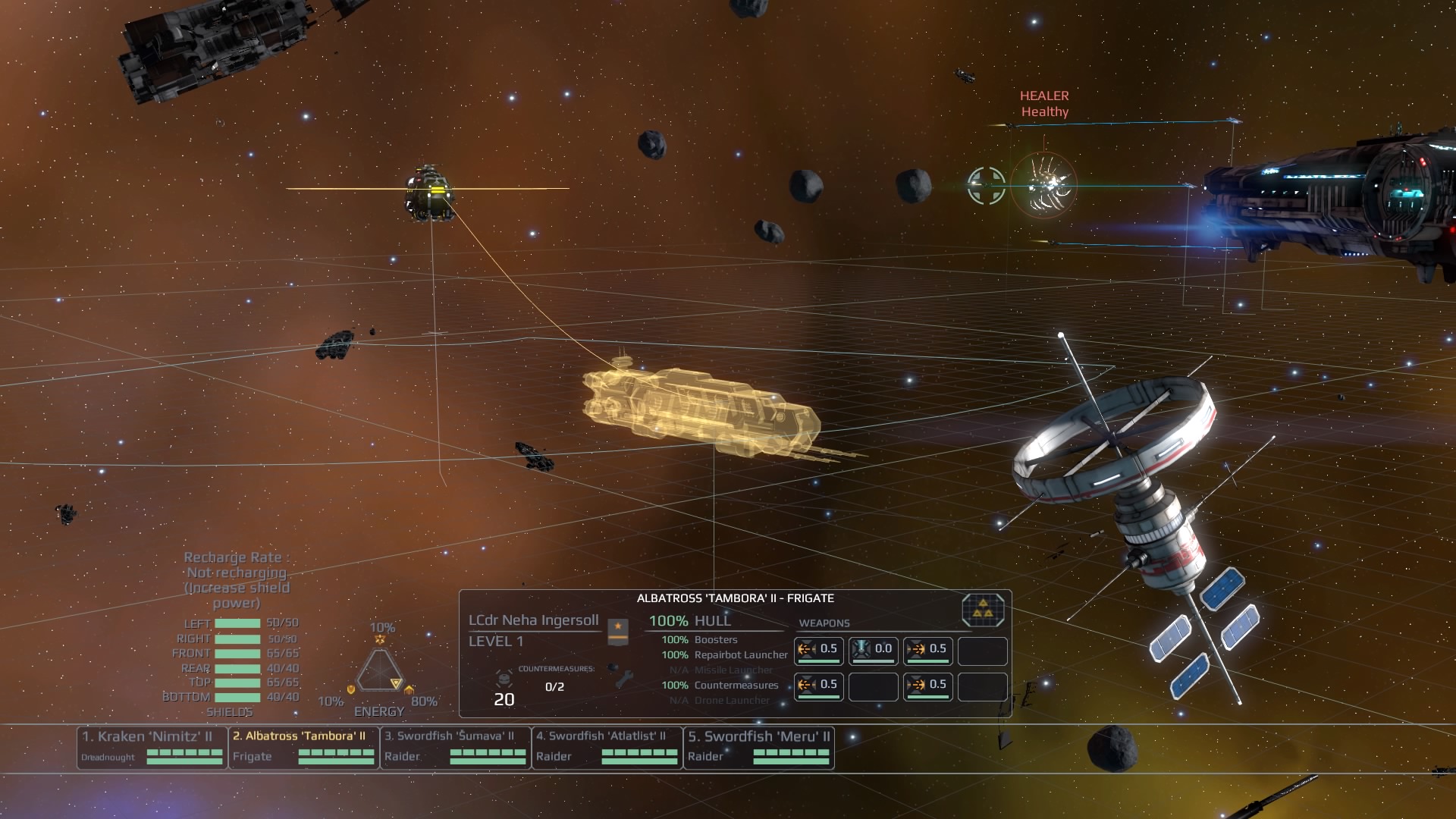 Surprisingly, this is where the game starts to fall apart. At first its quite entertaining. Your ships will move alongside the enemies for a set time, and with the auto fire option turned on, any hostile craft in range will be fired upon. Then the turn timer will expire and its back to commanding the fleet. The tactical depth the game could allow means you will want to fiddle with the power distributions and attempt flanking manoeuvres with the more agile ships, only to realise its a massive pain to do so. Just grouping all your ships together and waiting for the enemy works just as well as wrestling with a control scheme clearly designed for the P.C.

Visually, it doesn’t look amazing, but that’s not to say it looks bad. The battlefield is flooded with ships at some points in the game, lasers and cannons will fire and explode and you can zoom in and out of the arena to check out the detail on each ship. However, with all of the ship trajectories and weapon arcs enabled it all looks a bit overwhelming against the backdrop of space (which has a massive grid overlaid upon it at all times). These can all be turned off, but then you lose a lot of the strategic scope of the game. Wrestling the control scheme to toggle each of these features took time and effort that I preferred to spend planning my assault. 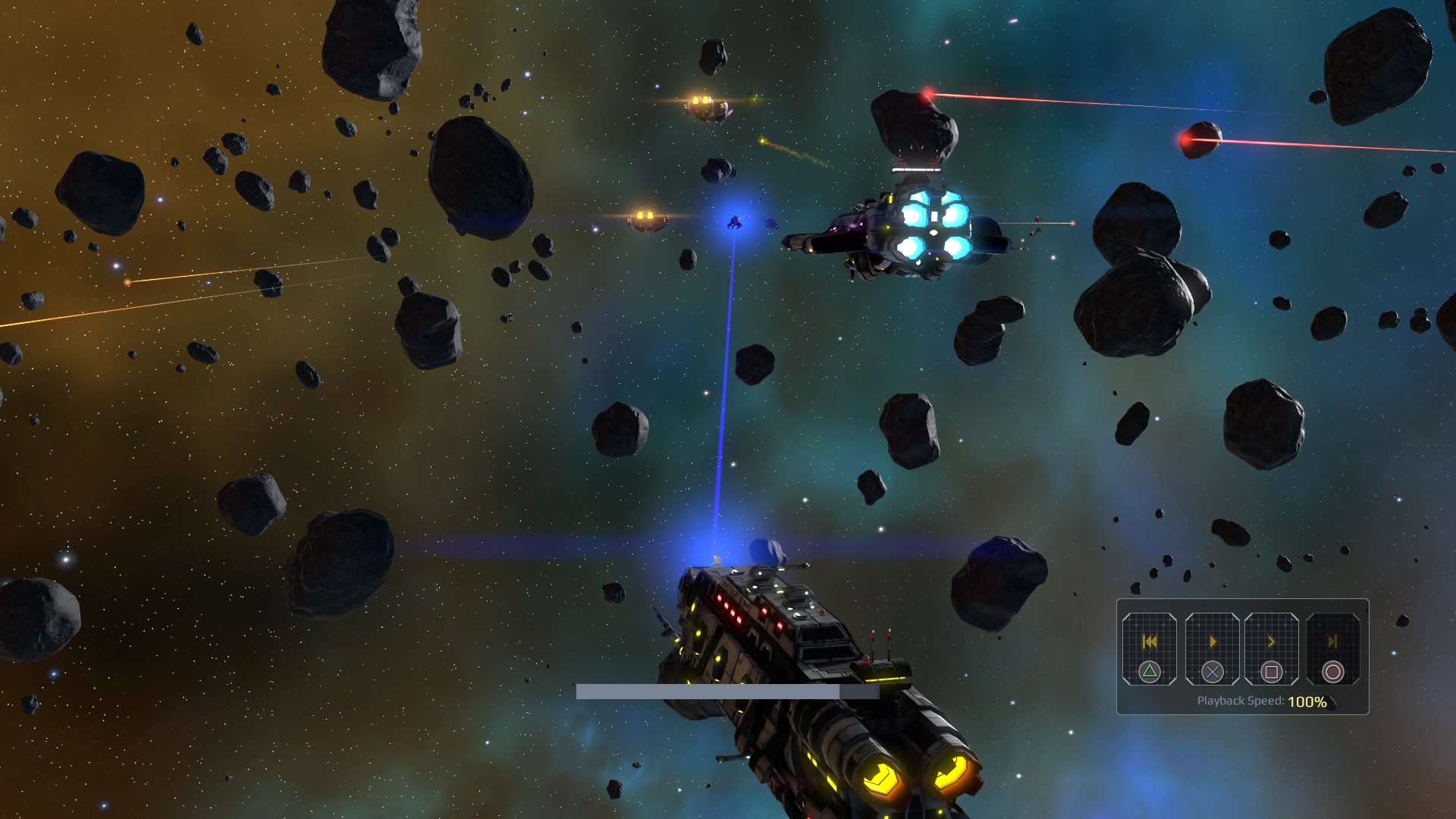 The sound design in general wasn’t that detailed, but it wasn’t a deal breaker. The game would emit the right noises in general, like when one of my shields was down, or when something exploded, but apart from that, it was all pretty minimal. The soundtrack however, was great. Whoever crafted that managed to create something that was a mix of both Star Trek and Star Wars and was always a welcome relief while I was planning each strategy.

Overall, I’m disappointed that Star Hammer: The Vanguard Prophecy doesn’t quite work out because it has the potential to suck a lot of your time if you are a fan of strategy games in general. Choosing which ships went into your fleet was usually a player choice, your flagship can be crewed by characters that will level up and grant passive abilities to your fleet, and the game tracks how defensive or aggressive you play and doles out rewards accordingly. It offers a lengthy campaign, and a single player skirmish mode for those that need a break from the story or have finished it’s campaign. There is no multiplayer option, which I honestly think is for the best (at least for console) as it would take forever for each player to take a turn. I’m interested to see what the P.C version has to offer, but as a console affair it just misses the mark.