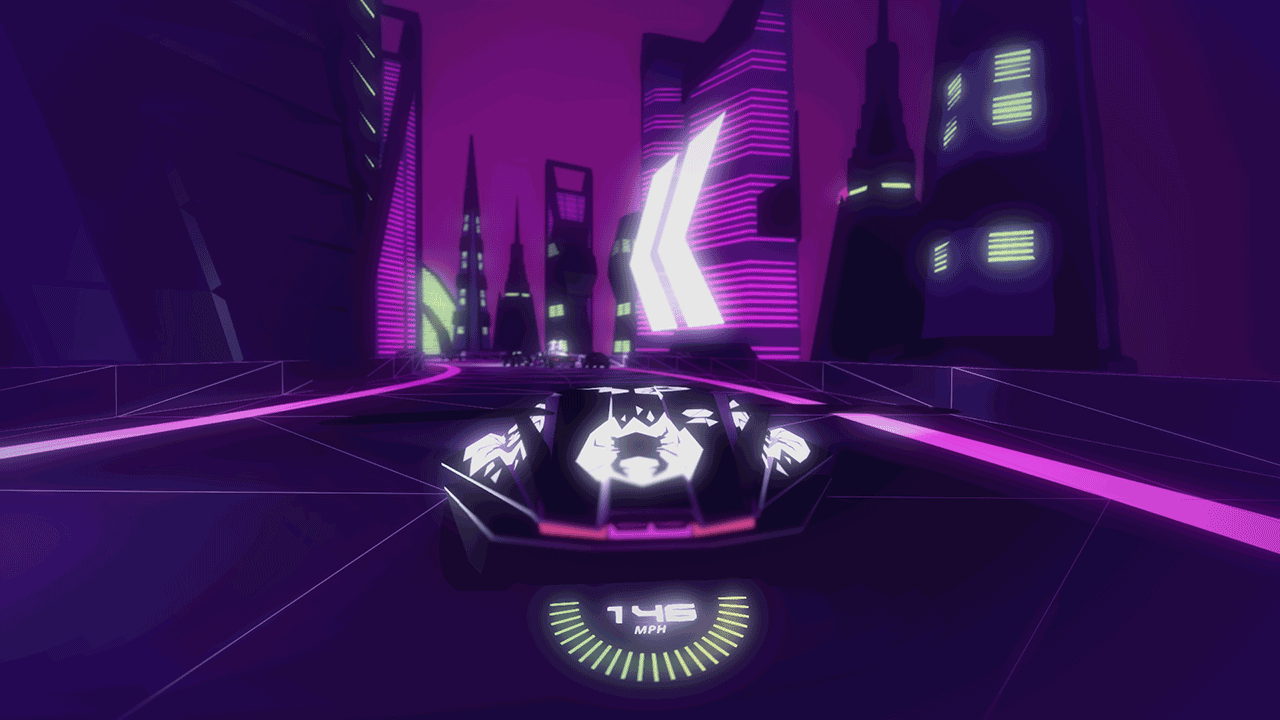 Drive!Drive!Drive! is a unique game; there really hasn’t been anything similar in the history of gaming. With most racing games they go one of two ways either they go traditional and focus on legitimate racing with just speed and over taking and so on or they go with the race as normal but with combat or power ups added in. Drive!Drive!Drive! does it different, it adds strategy into the mix and creating a new way to play racing games; but is it any good?

At Drive Drive Drive’s foundation it’s a racing game, simple and straight forward; get to the front and finish as first. With that as the core the game adds a twist which is you are actually driving 3 cars in 3 different races; yes you will be switching between 3 overlapping tracks that sometimes intertwine. This adds a whole new dimension to the realm of racing bringing in the whole mindset of having to decide when to switch and when to stick with the car you’re on. 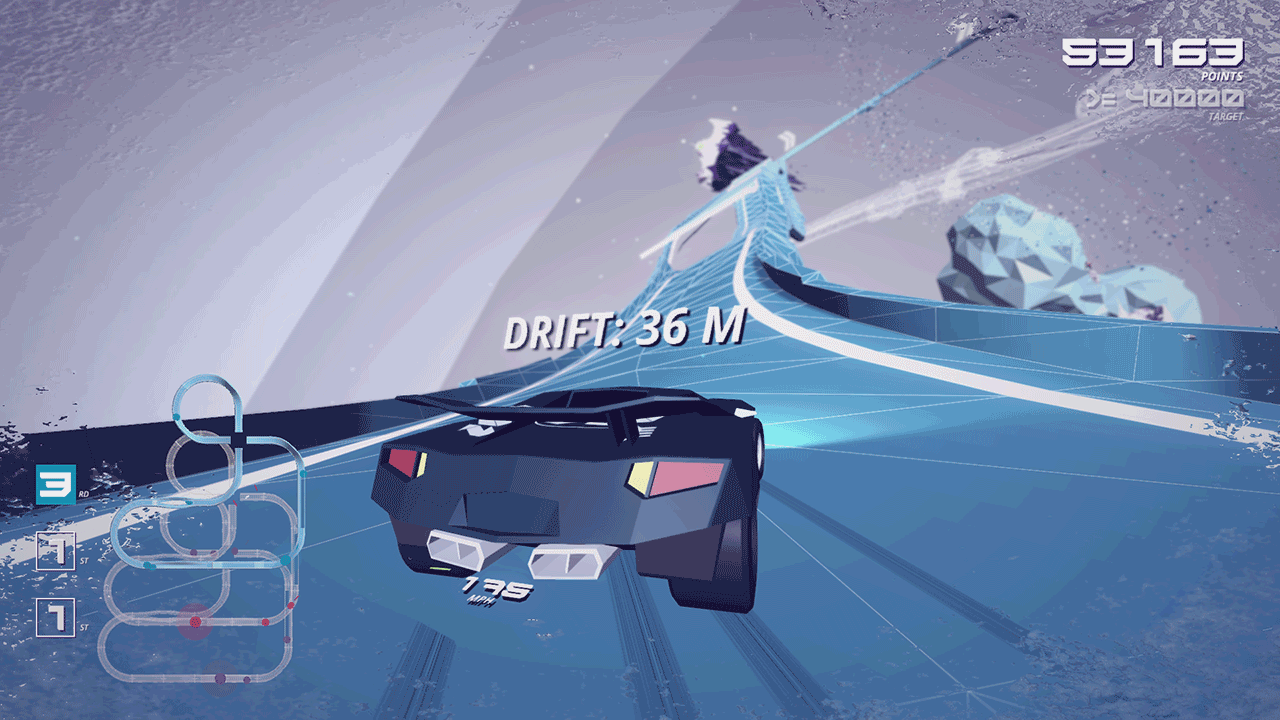 When it comes to racing games they can be repetitive and DDD tries to solve this by adding multiple objectives in different races with those being: score based with you attempting to collect points by drifting and doing cool jumps, then time trial races where you need to beat a time or a weird mode where you must collect gigantic diamonds. These sort of take the feeling of repetition to the back of your mind but it’s all racing so it won’t give the same feeling of variety as you could have from another game.

Graphically Drive!Drive!Drive! doesn’t have Triple A high-end level graphics but it does have style. The cars you get to pick are quite quirky looking with a bit of chunkiness to them which gives them an aesthetically pleasing look and they definitely look cool while zipping around the tracks. Unfortunately I can’t say the same for the environments, they just seem very dull and don’t have much personality nor do they give you a sense of you being in a real place; with most environments being extremely bland and empty but at least they don’t distract you from the track.  The game does have some very energetic music that does charge you up for some racing. 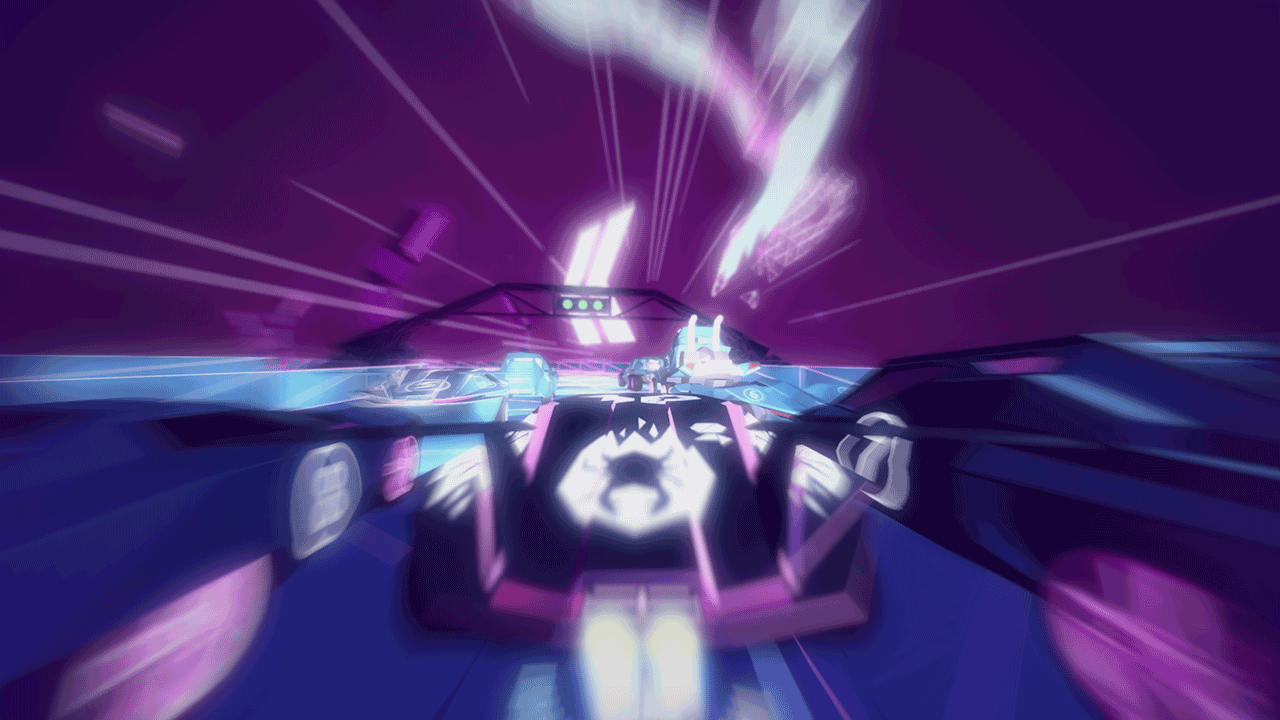 Now on to issues; there are a few big ones. With the game requiring you to play 3 cars on 3 tracks it gives you triple the stress and splitting your attention, understandably this is the premise of the game of course but it still can be frustrating. This being an integral part of the game means that throughout the game you are dealing with this issue that lead to me just switching the game off especially since the AI taking over for me is just terrible. The other major issue is the game just doesn’t have much to offer in the way of content, it feels very repetitive and that you aren’t making much when you progress.

Overall Drive!Drive!Drive! does deliver some fun moments but those are few and far between with a lot of frustration all around. With that in mind the game doesn’t have much content to offer nor does it offer much when you complete tracks ending with a feeling of going through with a high risk and not much reward. It has solid gameplay but it isn’t very special nor innovative in the way of actual controls nor racing as a genre. I would recommend if you are looking for a solid racing game to look elsewhere with something that focuses on racing and not just a gimmick.