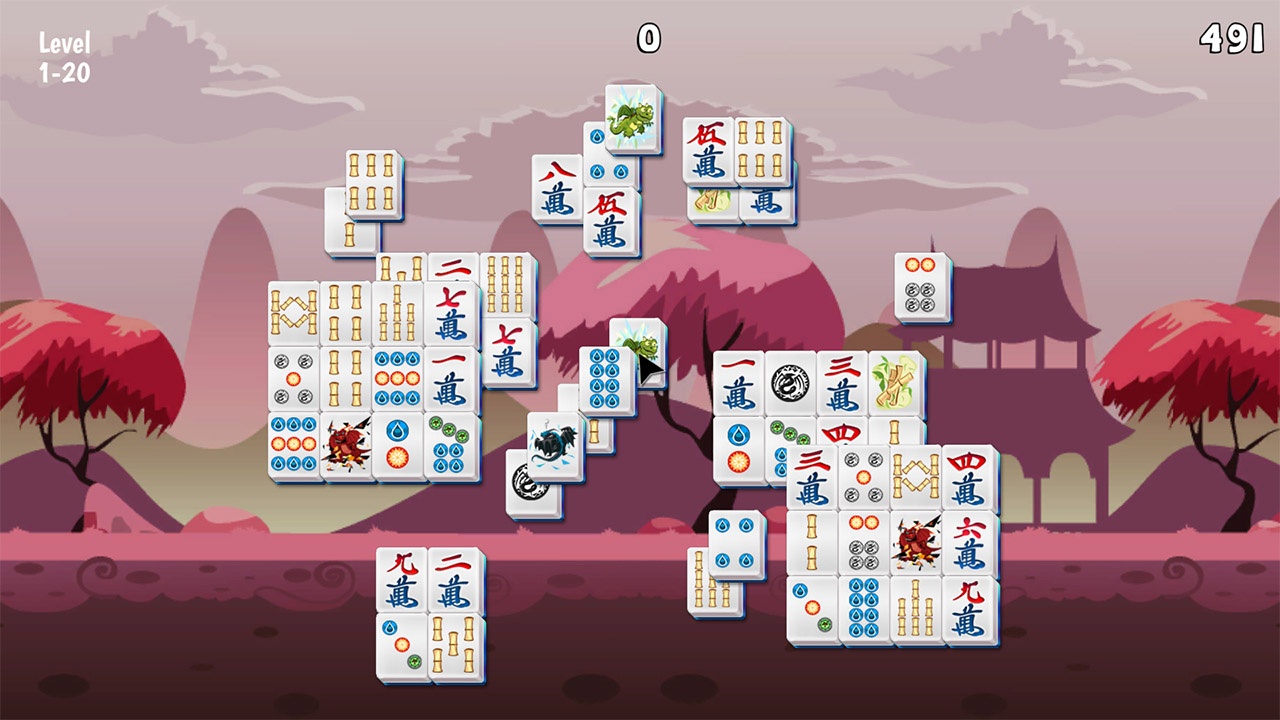 Mahjong is one of the most popular games in the Far East and in China it easily vies with chess as a national obsession. Mahjong involves an element of luck, skill, calculation and, during the harder levels, a great degree of strategy and patience. The game uses 144 tiles with sets of Chinese characters, symbols and images.  Your task is to match the tiles and remove them from the board. The catch here is that some of the tiles are obstructed by others, so they’re considered to be sleeping. To complete a board,  you must remove the tiles in the right order so you can get to the ones that are obstructed. On paper the idea is nothing short of simplicity itself.

In practice, Mahjong can be challenging, frustrating and, once you’ve completed a board, extremely rewarding.  As huge fans of traditional Mahjong we were a very excited to try out EnsenaSoft’s new offering Mahjong Deluxe 3 on the PS4. Boy were we happy with the result. Catering for all skill levels, Mahjong Deluxe 3 offers a staggering 640 puzzles ranging in difficulty from a beginner level all the way to the very challenging 40 or so 3D games.  These allow you to rotate the board around the screen as you search for matches. 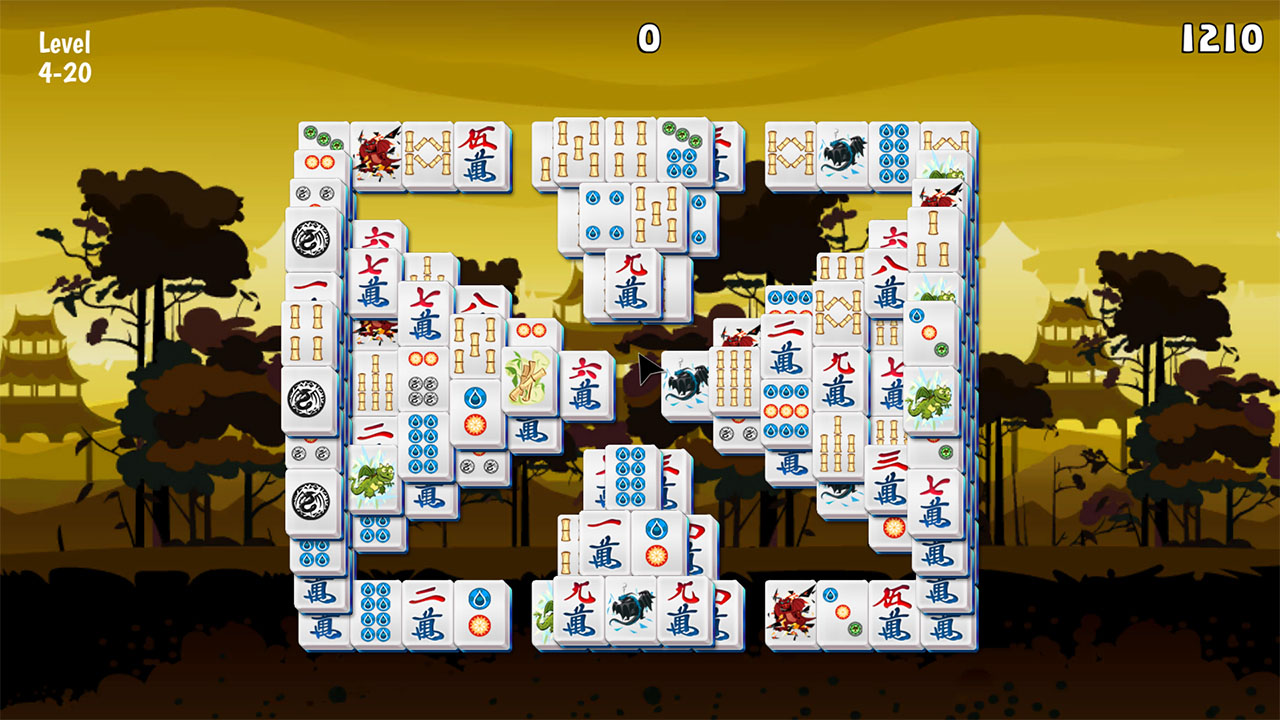 One of the defining characteristics of Mahjong has always been its relaxing nature.  Seriously, this game can be so laid back that you feel you should be playing it from a horizontal position. In China doctors have even found a way of introducing a form of Mahjong as therapy for patients suffering from dementia, cognitive and memory problems. In the EnsenaSoft offering, Mahjong Deluxe 3 offers the most calming Chinese background music we’ve ever heard.  It’s the type of soothing music you’re more likely to associate with meditation centres and yoga retreats. For those looking for a bit more of an adrenaline rush, Mahjong Deluxe 3 also has a timer which starts off from a high number and, once you make a match, starts to count down very, very quickly. The idea is the faster you can make a match, the higher your score. However, if you fail to make a match before the counter gets to zero,  you simply keep on playing and, once you’ve spotted a match, the clock starts ticking again. To be honest, some of the later levels were so tricky that we virtually ignored the clock and just concentrated on trying to complete the board.

Graphically, Mahjong Deluxe 3 offers a static painted background for your game and little else in the way of distraction.  The main point of this game  is to flex your memory muscle and relax. And it achieves that in spades. Although one of the best casual games available on the PS4, Mahjong Deluxe 3 lacks a couple of essential features that, had they been implemented, would have easily made this game a must buy. Perhaps it’s the uncultured Western obsession with competition that’s speaking here, but the addition of a leaderboard would have been a fantastic touch to the game.  Setting a high score for a board and having family members try to beat it is one thing.  Seeing how you did against players from all over the world, would have been something else. 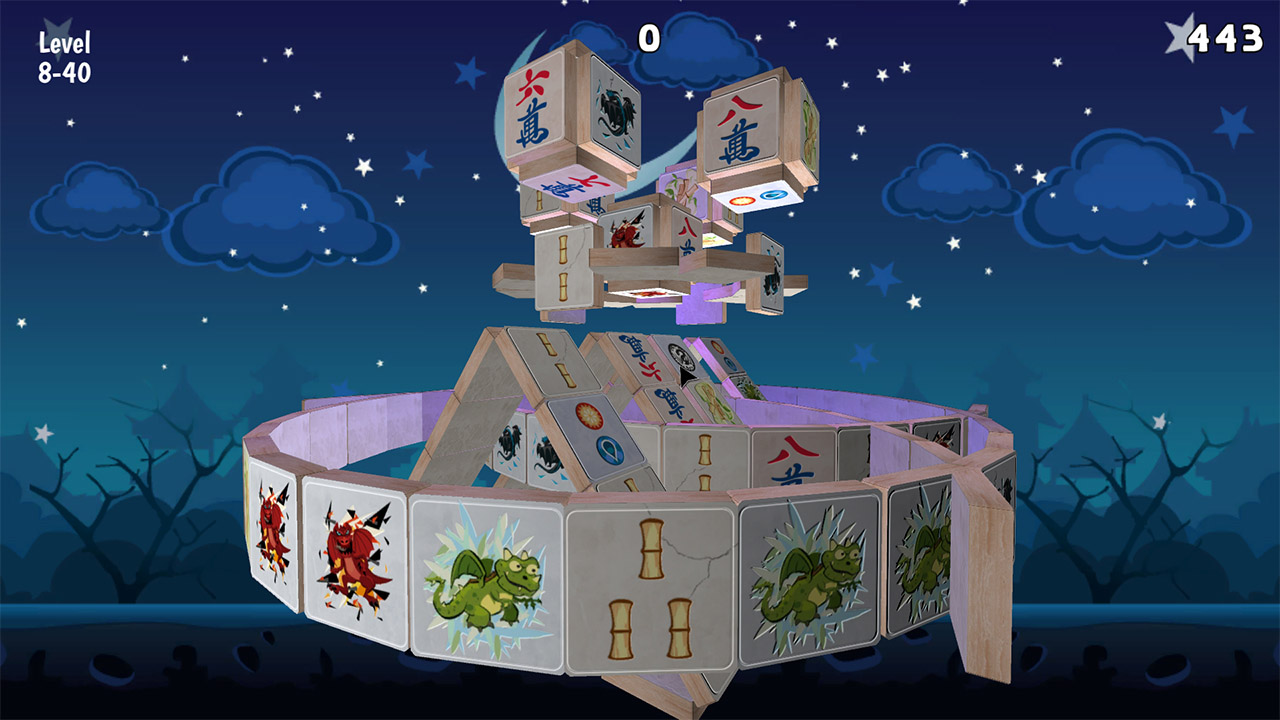 We also noticed that, on some boards at least, it was difficult to see which tiles were sleeping as the depth perception in the game could have been worked on a little more.  This niggle was of course blown away by the 3D games which tasked you with trying to remember where the tiles were as you rotated the board hunting for a match.

A final note, just in case someone from EnsenaSoft is listening, is that we would have liked to see a forgiving retake option, where you could retake a move if you realised you’d made a mistake. Failing that,  a hint system would have been handy. Other than those very minor niggles, Mahjong Deluxe 3 is an engrossing, relaxing, challenging and rewarding game that certainly deserves your attention. Recommended.