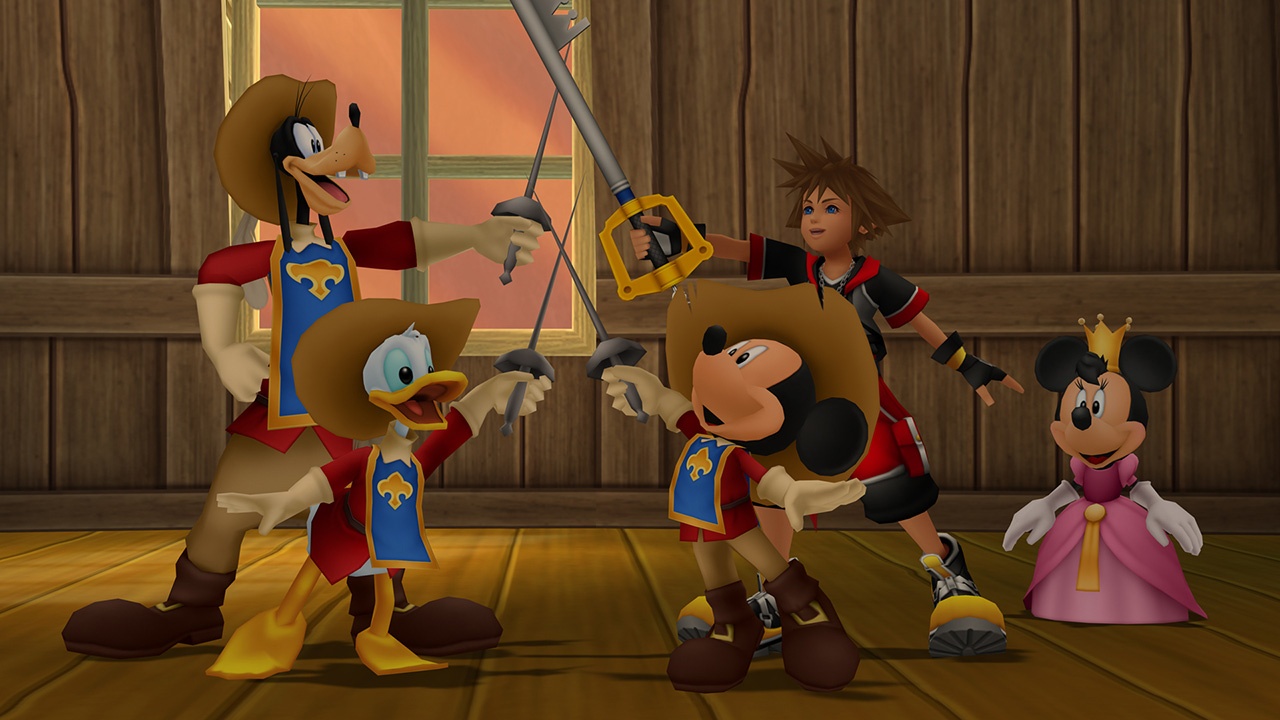 Does Kingdom Hearts really need to be this complex? For a series based largely within the confines of the Disney universe, it’s amazing just how convoluted the overarching narrative has become. With Kingdom Hearts 3 somewhere on the horizon, it’s understandable that Square Enix and Disney would want to get players up to scratch before the final part of the trilogy makes its much delayed bow (especially given the fact that the last mainline release was on PS2 way back in 2005).

The thing is, while Kingdom Hearts 3 will be the final part of the trilogy, in actuality, it’ll be the 67th game in the series (ok, so it’ll actually be like the 9th, but you get my point). Between mobile, handheld and console spin-offs, the story has slowly built up to create a surprisingly deep and occasionally obtuse narrative. It’s far from incomprehensible, but for those who wish to hit the ground running when Kingdom Hearts 3 finally comes out, this is where the ludicrously named, Kingdom Hearts 2.8 Final Chapter Prologue comes into play.

A sort of three in one package (sort of), Final Chapter Prologue does a great job of filling in the blanks in the lead up to 3 while also delivering a first taste of how Kingdom Hearts 3 is likely to play. Much like Metal Gear: Ground Zeroes, Final Chapter Prologue provides an all too brief glimpse at the future of series, only here, while delivering less new content than Ground Zeroes did, it does come packed alongside an often bewildering 1 hour CG movie and a completely re-mastered version of the little played 3DS game, Kingdom Hearts: Dream Drop Distance HD.

In fact, despite the excitement surrounding the first real chance to experience the new mechanics and visuals expected of Kingdom Hearts 3, in actuality, Kingdom Hearts 2.8 Final Chapter Prologue really is more of a HD re-master bundled with an extended demo and a mini-movie. It’s an odd package (one befitting of its absurd name), but in practice, it totally works. 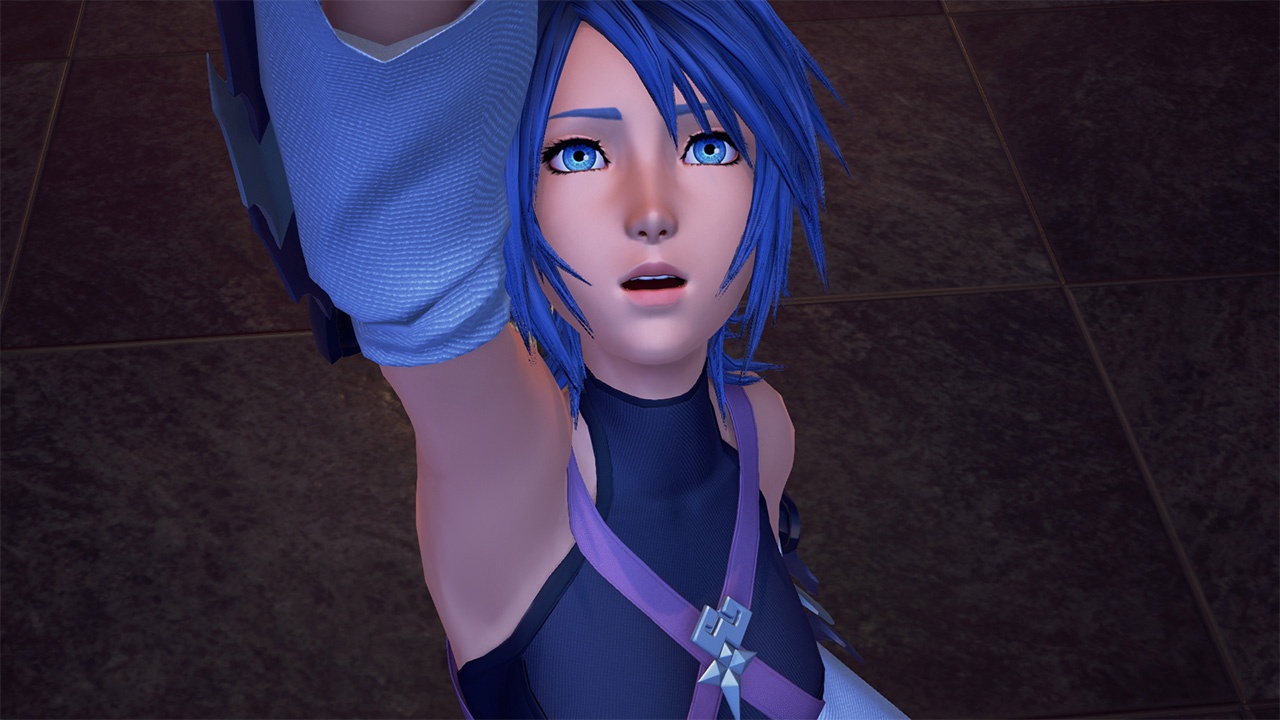 The most obvious reason for this is the simple fact that the re-master of Kingdom Hearts: Dream Drop Distance is fantastic. It’s inevitably not as exciting as the all new and shiny, Kingdom Hearts 0.2: Birth by Sleep – A Fragmentary Passage, but this re-master is a perfectly timed reminder of just how good that game actually was. Of course, it’s still based upon a 3DS game released in 2012, but with an improved control scheme and much improved visuals, Kingdom Hearts: Dream Drop Distance HD is likely to prove a very welcome surprise for those who pick this package up primarily for the glossier, Birth by Sleep – A Fragmentary Passage.

With the new console control scheme, Dream Drop Distance HD actually plays a lot more like the mainline games in the series with the added twist provided by the new ‘Flowmotion’ and ‘Drop’ mechanics. While the drop mechanic, which sees you swapping between the two leads Sora and Riku, has the greater narrative impact, it’s arguably the Flowmothion controls that have the more notable effect on the actual gameplay.

With the standard control scheme allowing for the kind of fun and fluid action-oriented gameplay that the series is famous for (now much more enjoyable thanks to the new control scheme), it is ultimately the Flowmotion mechanics that help to set this game apart from the mainline releases. With the added ability to spin on poles, grind rails and jump acrobatically from wall to wall, Dream Drop Distance HD is arguably home to the best combat of any game in the series …..well, it used to be anyway. Kingdom hearts 3 might not be out yet, but if this glorified teaser / prequel is anything to go by, fans have plenty to be excited about. Kingdom Hearts 0.2: Birth by Sleep – A Fragmentary Passage might only be three hours long, but man, what a three hours.

Playing as Aqua, a character introduced during the original Birth of Sleep, you are provided with what amounts to a max level run-through the Dark World as you are given a tantalising glimpse at what can be achieved using Kingdom Hearts’ all new battle system. What that amounts to is three hours of balletic destruction through a bleak but utterly gorgeous world as you take on a gauntlet of enemies and a handful of enjoyable boss battles.

The battle system, while immediately familiar to fans of the series, is more graceful and fluid than it has been in the past with attacks on the ground and in the air feeling incredibly natural. It’s hardly Devil May Cry, but this is a robust and hugely enjoyable system that bodes incredibly well for the future of the series. With brutal combos, impressive spells and a collection of special attack abilities, Birth by Sleep – A Fragmentary Passage focuses on a great battle system that will inevitably be incorporated into a more feature-filled experience by the time Kingdom Hearts 3 comes to town. There are hints at other gameplay elements that might make an appearance down the line via the games’ limited but very cool collectibles and accessories, but this remains a very brief, but undeniably enjoyable peek at the what is to come…..at some point in the future. 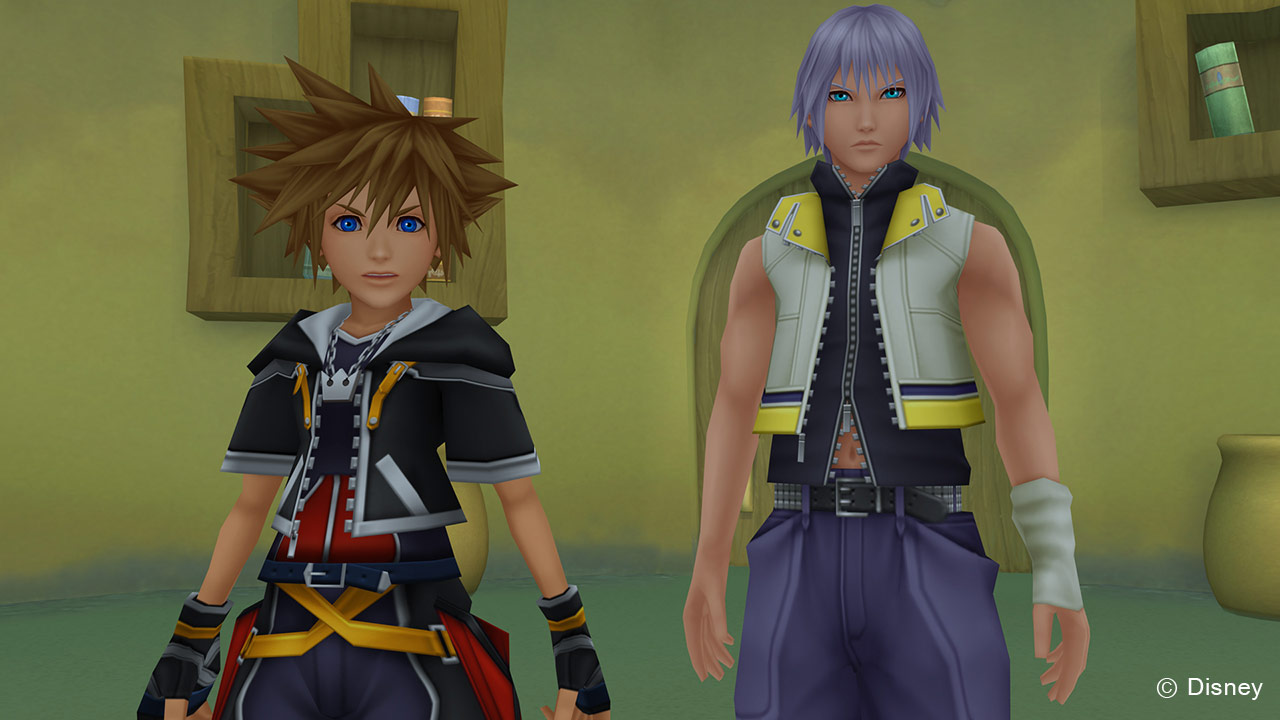 Honestly, beyond the limited content, the only real problem with this extended demo is that it might be a tad too gorgeous for its own good. That might sound like an odd complaint, but if you dive right into Birth by Sleep – A Fragmentary Passage’s Unreal Engine powered world, you might find it hard to jump back into the very pretty, but by comparison, rather old looking, Dream Drop Distance HD. It’s not that the 3DS re-master looks bad (far from it), it’s just that, at its core, it’s still a 3DS game. It’s a very pretty, very overhauled 3DS game, but it’s a 3DS game all the same, and when placed next to the unequivocally modern looking Birth by Sleep – A Fragmentary Passage, it does look a tad ragged by comparison.

As for the final piece of this rather odd collection, Kingdom Hearts X: Back Cover provides a very pretty, but for the majority of gamers (myself included), a very confusing hour long CG movie. It looks brilliant and certainly helps to provide additional details surrounding the world and the narrative leading up to Kingdom Hearts 3, but this is essentially a retelling of the story told in the mobile game, Kingdom hearts X (chi). How useful or enjoyable this will prove to your average gamer is up for debate, but for hardcore fans, I have no doubt that this will prove a welcome addition to what is a undeniably eclectic collection.

As brilliant as it is bonkers, this collection is a strange as the title suggests. A re-master, a demo and a CG movie – it sounds like the start of a bad joke, but in all honesty, this unlikely package proves the perfect set-up for Kingdom Hearts 3 with just enough in the way of exciting new content to make this an option for hardcore fans and newcomers alike. Sure, the CG movie will prove gobbledygook to all but the previously initiated, and while it’s certainly pretty, it’s undoubtedly the weakest element of an otherwise stellar package. Dream Drop Distance HD might be a 3DS re-master, but a lot of work has gone in to improving this already very enjoyable game with its much improved visuals and control scheme making it feel like an almost new game. The big draw though has to be, Birth by Sleep – A Fragmentary Passage. It might be little more than a glorified demo, but the action here is fantastic from start to finish, and while it’ll be over sooner than you’d like, it proves an exceptionally promising glimpse into the series’ future.