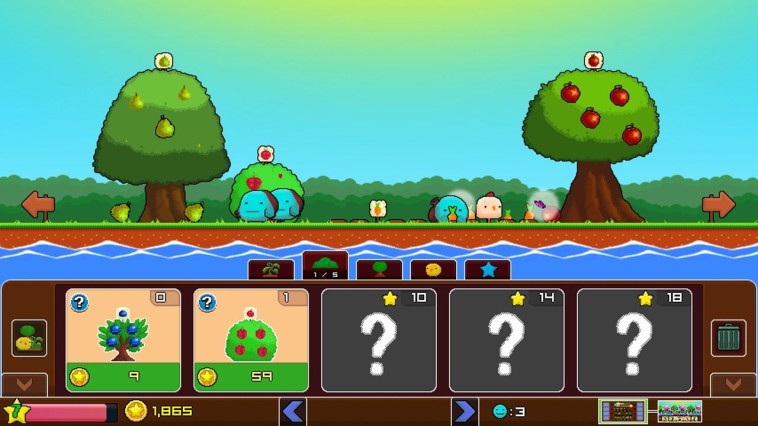 Plantera on Wii U is certainly a unique experience, unlike any other title I’ve played on a Nintendo console. Like many other Wii U indie titles, it’s tap and drag game mechanics suggest a playstyle that may be better suited to a mobile console. Nevertheless, Plantera develops a unique niche among modern Nindies, that in itself making it worthy of at least a little bit of play time from any gamer.

Visually, this game is nothing to write home about, but certainly not bad either. The graphics are not entirely spectacular, but I would actually call this a benefit due to the ultimately fast-paced nature of the game, which leaves the player with little time to dwell on aesthetic details. In addition, the game comes with visual cues which can assist in gameplay and which overall create an extreme visual response upon playing the game. The fact that the game takes place entirely within one setting with little movement within that setting is admittedly a little off-putting. This fact adds to perhaps this game’s greatest flaw, which I will go into more detail later, its lack of replay value. But before diving into that, I’ll discuss the game’s basic gameplay features. 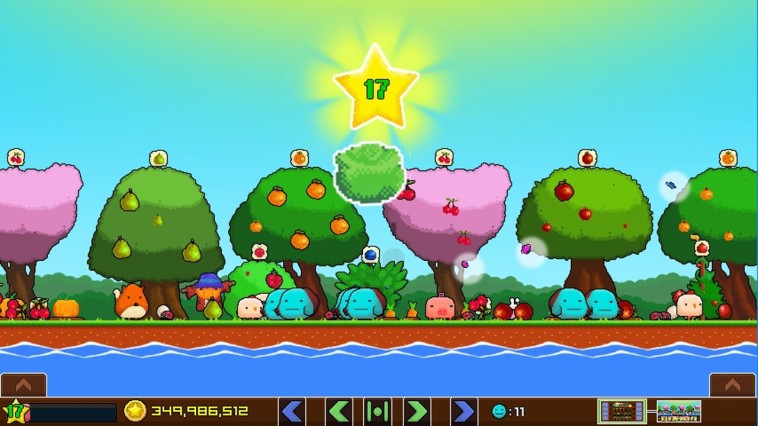 This game is some sort of gardening simulator without any obvious objective. From a menu within the game the player selects trees, bushes, crops, or whatever other plant-based term there is, and gains coins by collecting the fruits and vegetables they produced. However, in the meantime, the player must protect their plants by shooing away birds and foxes which seek to steal them away. In addition, other things appear which can provide extra coins, such as butterflies which glow whenever they can be tapped to gain coins or chickens which lay golden eggs. The player is also given helper creatures which will occasionally collect fruit, eggs, etc., although I found myself better off collecting everything myself most of the time. All of this is accomplished simply by tapping each item on the screen.

This game is a tad confusing upon first entering the game. The player is immediately thrown into their garden with no given instructions and no stated objective. As a result, the player just has to click around for a bit until they can find out what to do and how to play. This kind of dependence on exploration might work for some game genres, but Plantera definitely does not gain from this fact. In addition, gameplay starts off extremely slow, with the occasional tapping of carrots or berries becoming extremely monotonous and hardly challenging at all. These factors contribute to a rough first ten minutes or so of the game, which could be enough to turn some players away. However, players who stick through this first short grind may find themselves pleasantly surprised with what comes after. 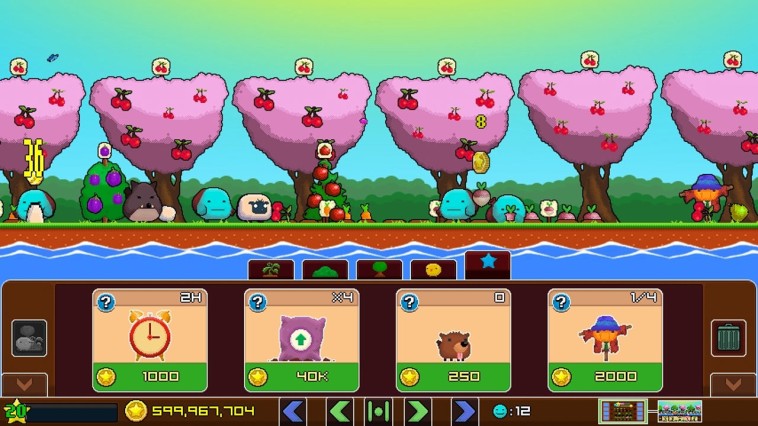 As the player continually purchases more plants, they will be faced with more things to keep up with. In addition, more enemies/allies appear the more plants the player has, allowing this game to turn into an ultimate test of the player’s ability to multitask by forcing them to focus on multiple things at once. Eventually, the player can develop a pattern of cycling through all of the items they have to check, almost reminding the player of a Five Nights at Freddy’s game. The player can also plan which plants they choose to plant strategically, although I haven’t been able to deduce what significant difference this can make if any. Because of the exponentially increasing difficulty, this next few hours of gameplay take quite an exciting turn.

However, after a few exciting hours, this game’s biggest flaw is snapped into reality: its low replay value. The only objective in this game is to keep gaining more land, so one can keep collecting more plants, so one can get more coins to get more land, and so on and so forth. The point of the game is extremely cyclical, and may become boring after the initial excitement wears off. The game is designed to be addicting and does so successfully, which may alleviate this fact somewhat. However, this game ultimately fails to provide anything more than temporary fun and lacks the long-lasting excitement one might hope for.

All things considered, Plantera is far from being considered a bad game. Despite its slow beginning, the player will quickly find themselves enamored by the sensory and mental overload as they attempt to keep up with everything on the screen without losing any coins. However, the lack of any concrete objectives and the repetitive nature of its gameplay leaves much to be desired. Any Wii U owner is bound to enjoy this game very much, albeit not for very long.