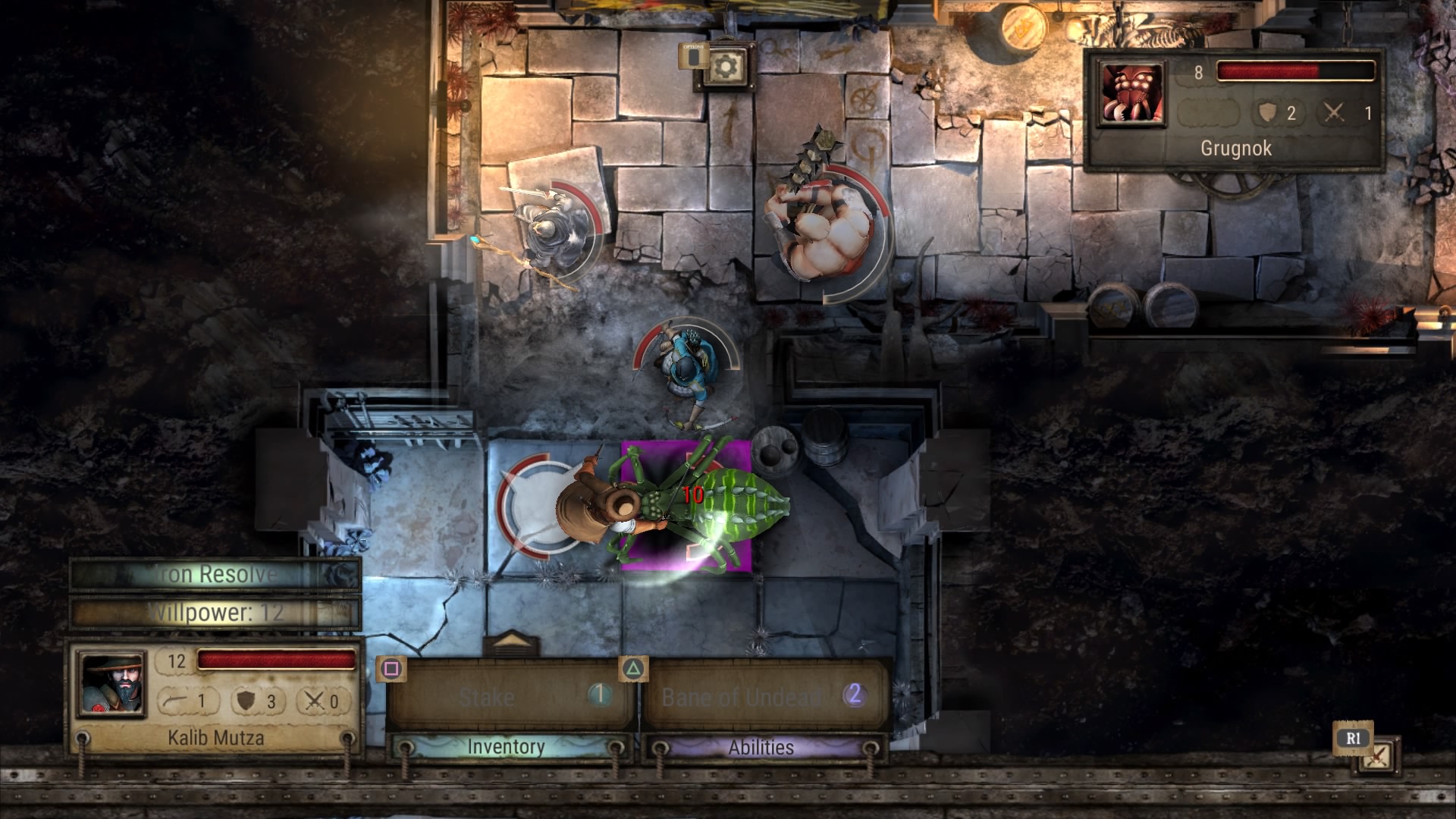 I reviewed Space Hulk: Ascension a little while back, and Warhammer Quest is a very similar title in a lot of respects. It’s turn a turn-based, strategy RPG set in the universe Games Workshop has painstakingly crafted over the years. Both are adaptations of popular board games, so turns consist of positioning up to four characters within your party, with the success of attacks being determined by invisible dice rolls. But unlike Space Hulk: Ascension, Warhammer Quest is full of loot and lore.

Instead of a group of almost-identical Space Marines stomping through derelict ships, you recruit (and ultimately grow to love) a varied cast of dwarves, ogres, elves and wizards. Levelling these guys up feels meaningful, as new skills and spells are unlocked for them to use, and their chance to hit (and dodge) the enemy increases every time. I’d say Warhammer quest is superior in almost every aspect, and shockingly enough, it’s a port of a mobile game. 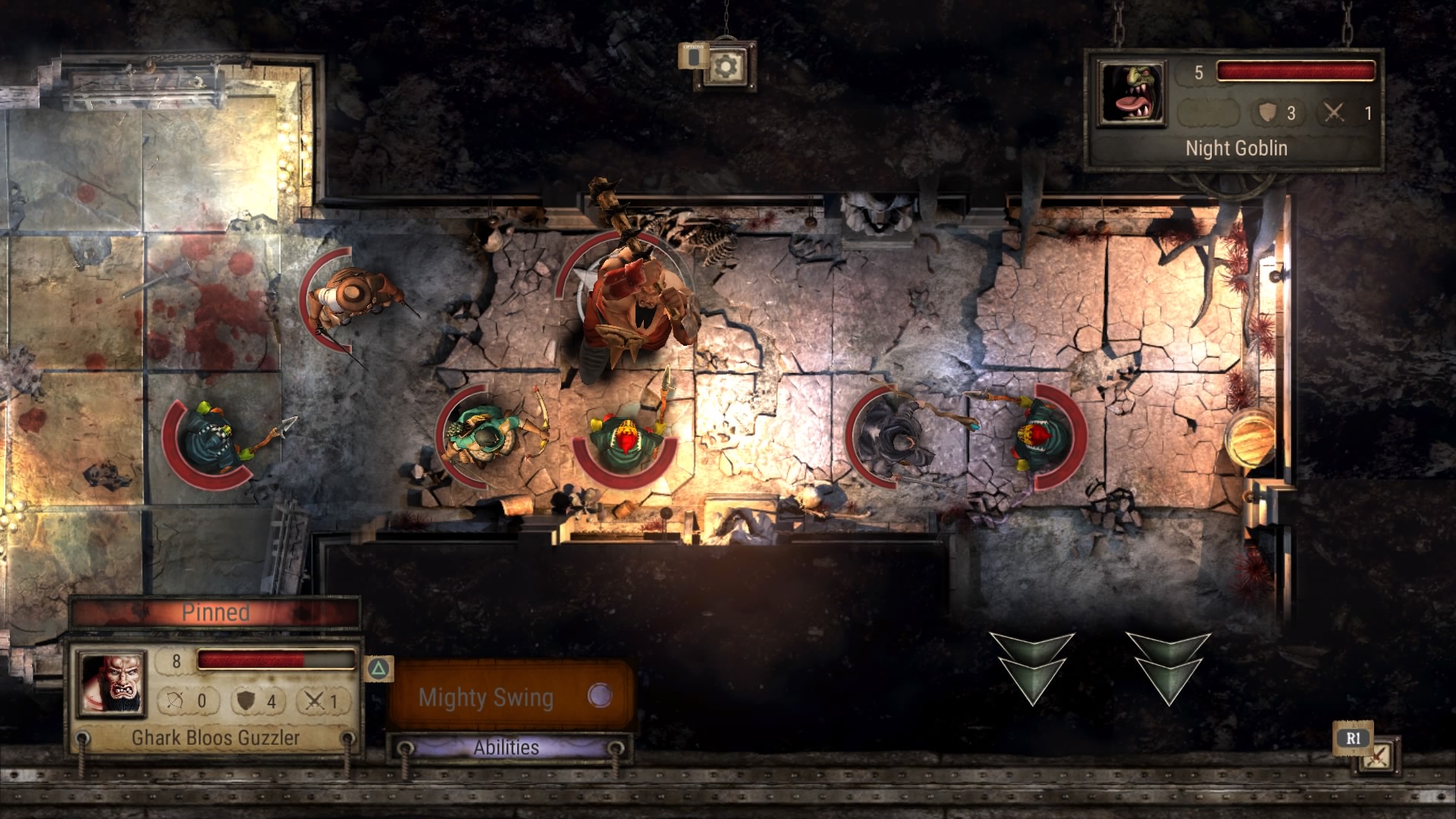 The whole game is extremely random. Quests, dungeons, chances to hit, even the mana any wizards in your party have access to each turn. While this is accurate of the original board game, it can make for some incredibly frustrating turns during the early stages of the game. On more than one occasion I positioned my most powerful melee warrior (a marauder able to swipe his legendary sword at bad guys five or even six times a turn), only to have him miss every single attack then get smashed in the face by a bunch of giant rats. To add insult to injury, my grey wizard was often only able to collect a paltry one or two mana from the ‘winds of magic’, leaving him unable to cast his healing spells to keep my marauder in the fight. That being said, that same marauder would sometimes cosy up to a bunch of orcs and slay them to pieces using only one attack. While it’s extremely badass to watch your dude slay everyone in the room, it ultimately led to each battle feeling more like a crap-shoot than a tactical victory.

Levelling helps, but only to a certain extent. Even at max level, your guys still only have a base 85% chance to hit, and getting them to max level (capped at eight) will require a lot of grinding and gold. This is where the loot you collect becomes more important. Uncommon and rare items will have modifiers that increase your chance to hit, sometimes quite significantly, or add stuff like fire or lightning to your attacks. Amulets and rings can be held to increase your chance to dodge. As mentioned earlier, these quests and drops are generated at random, so sometimes you’ll be stuck doing dead-end missions in an attempt to clear up some space to generate some tasty loot-drop quests. 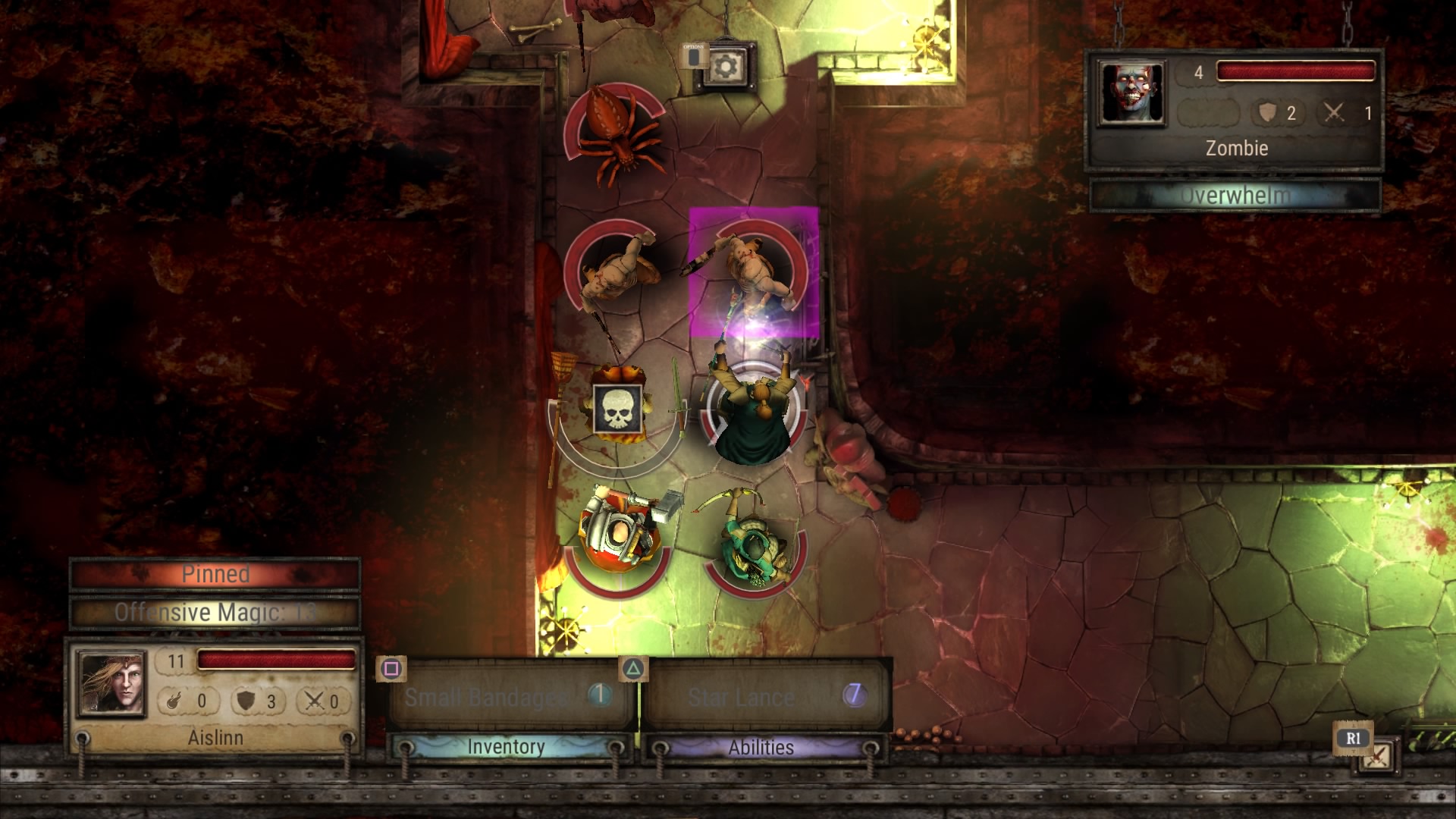 The visuals aren’t great. While not exactly Life Of Black Tiger terrible (seriously, fuck that game), the vertical camera angle makes the characters look a little bit weird, and a slightly more angled viewpoint would have been preferred. The sound design is almost non-existent. Theres a track that plays almost continuously while you are questing through dungeons, and context appropriate noises like arrows being loosed, or the odd death-squawk of a goblin, but its all pretty basic stuff in this department.

Warhammer Quest is available from the Playstation store for just over thirty quid. While it’s not a bad game per se, you can also purchase Warhammer Quest on your phone for three quid and play it on the go. Sure, the Playstation version comes fully loaded with all the DLC content included and slightly better visuals, but at the end of the day, it’s a port of mobile game that costs ten times the price. That being said, it really feels like an accurate version of the original board game, and will offer quite a few hours of enjoyment due to the amount of grinding needed to level up your team to the max. The characters available really feel like they have a specific role to play within the party, and different configurations will require different play-styles (I dread to think how random an all mage party would be like to control). I can’t justify that insane price tag though. I just can’t do it. It’s too much money for a port of a mobile game, but if I absolutely had to choose between this and Space Hulk: Ascension for my turn-based strategy antics, I pick this. Not bad, but not amazing either.