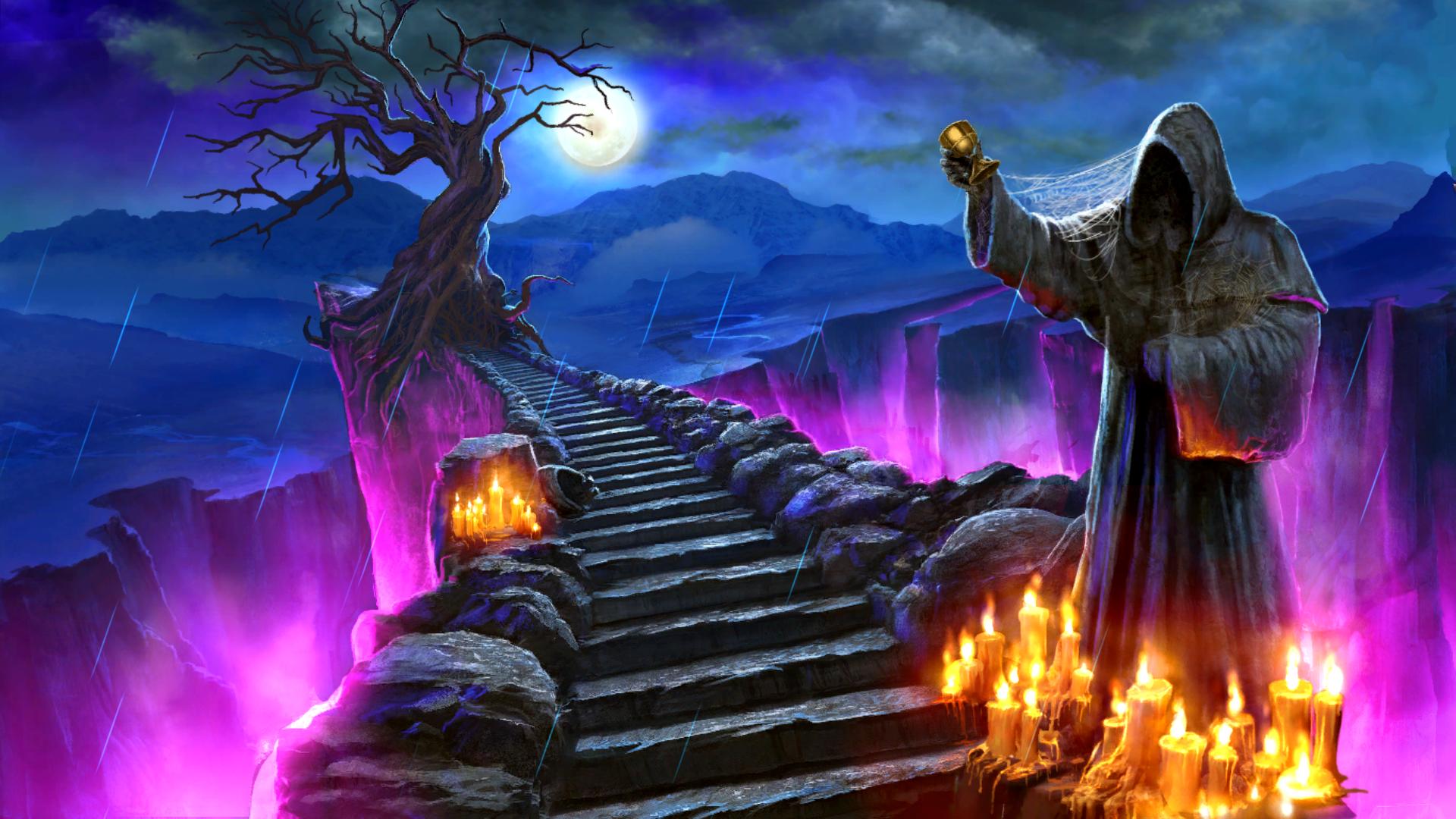 Hidden object and logic games have experienced something of a resurgence over recent years.  With titles such as Brunhilda and the Dark Crystal, Awakening: The Dreamless Castle and Settlement: Colossus garnering much critical acclaim, Poland -based developers Artifex Mundi have become almost synonymous with this once niche genre. Following the success of their earlier releases, Nightmares of the Deep: The Cursed Heart and Enigmatis: The Ghosts of Maple Creek, Artifex Mundi have unveiled their latest hidden object adventure title, Grim Legends: The Forsaken Bride. As with previous offerings, the story in Grim Legends: The Forsaken Bride is a simple one to follow. Your cast in the role of a young girl returning to her village for her sister’s funeral. As the fates would have it, just before she gets to tie the knot, your sister is kidnapped (by a bear no less) and it’s up to you to rescue her. It might not be War and Peace, but the fairy tale plot serves as a great vehicle for hours of head scratching, lip biting and chin stroking fun.

The meat and potatoes of Grim Legends: The Forsaken Bride are of course a vast array of logic puzzles. These range from manipulating objects and images to objectives where you have to find an item, combine it with something else and use it on a previously locked part of the game. There are, of course, the hidden object challenges.  These involve finding listed objects that are craftily concealed in an image crammed with objects.  Some of these hidden object moments can be surprisingly difficult and will take you a few minutes to uncover. As with Nightmares of the Deep: The Cursed Heart and Enigmatis: The Ghosts of Maple Creek, Artifex Mundi have also included a much welcome option to skip a challenge if you find it too demanding. This option recharges over time and should be used sparingly. If you make too much use of it,  the game loses a lot of its challenge and that, after all, is what you’re paying for. 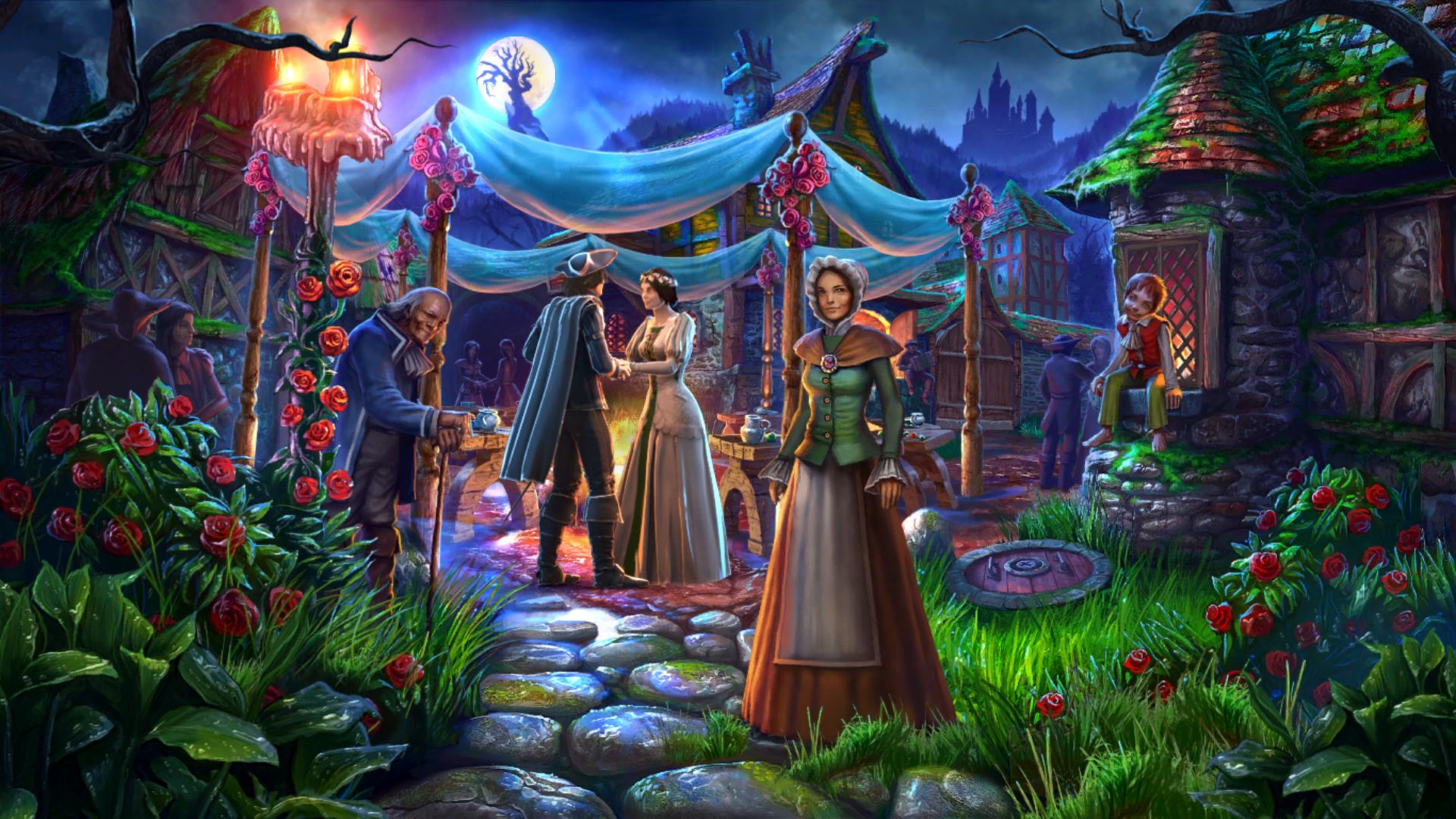 Grim Legends: The Forsaken Bride also teams you up with a familiar or companion in the form of a cat that you rescue early on in the game. The cat adds an extra dimension to the puzzles by helping you reach previously inaccessible areas and items. Unfortunately we felt that the cat could have done so much more than occasionally climb and reach items.  Perhaps this feature is something that can be developed for future games.

Graphically, Grim Legends: The Forsaken Bride retains the trademark clarity and vibrancy of earlier releases.  The game is essentially a 2D affair with occasional 3D scenes thrown into the pot. However each scene is incredibly vivid and awash with vibrancy and detail. Take a look at the stills from the game and you’ll see what we mean.

In the audio department Grim Legends: The Forsaken Bride does an admirable job of creating characters with distinctive voices.  We’re not talking triple A status here but the voice acting does what it says on the tin. 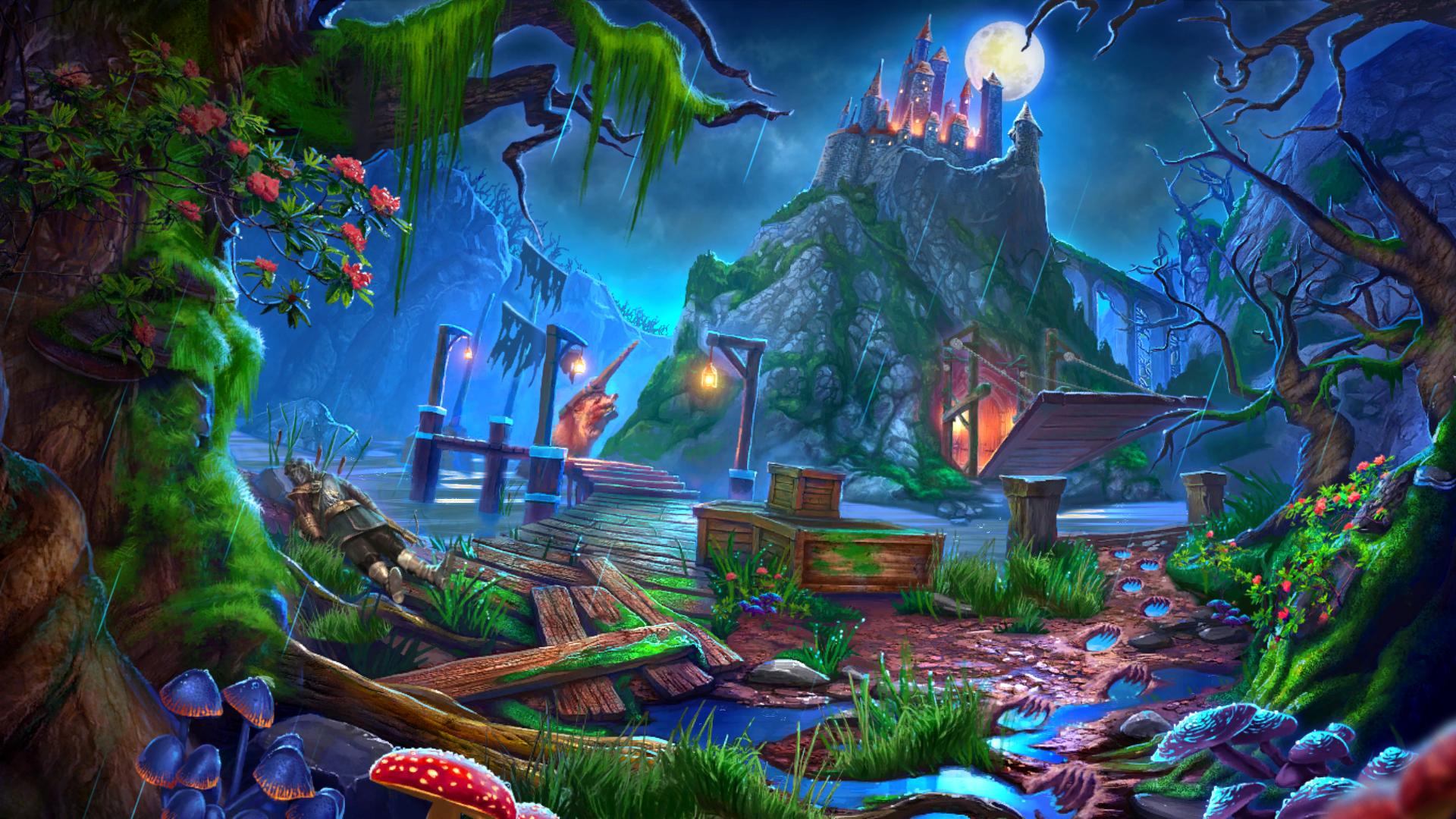 One feature we’d like to see included in future releases is some sort of leader board.  Persevering with a puzzle and finally cracking it has its own rewards.  But comparing your performance against players from all over the world would make those rewards so much more meaningful.  And as Artifex Mundi quite literally means World Artist, a global community of players vying for pole position in particular section would give the game that added immediacy.

Apart from that minor niggle, we have to say we thoroughly enjoyed playing Grim Legends: The Forsaken Bride.  The plot made its own sort of sense.  The challenges were tough enough to keep us engaged but not so hard to be infuriating or off putting. If you’re a fan of logic and hidden object games Grim Legends: The Forsaken Bride is definitely worth adding to your collection. If you’re new to the genre then this is a great way to get started.  Highly recommended.