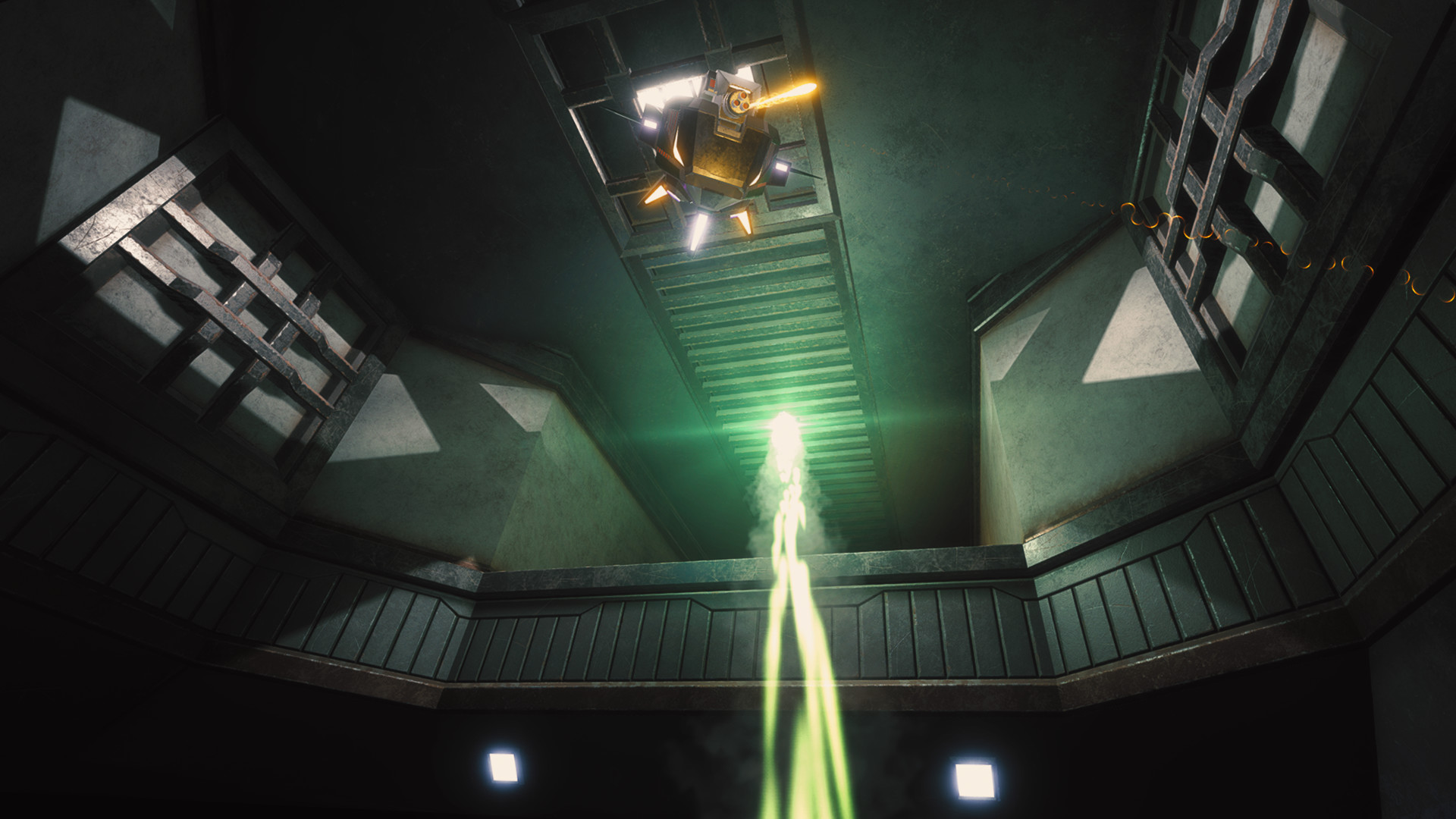 Overload is the work of Revival Productions, which you might know best under the name of Parallax Software, the folks behind the Descent games. Overload is exactly what you’d expect after seeing any footage of it or knowing who’s behind the project. Having played Descent a very long time ago, I just wanted to say right ahead that this brings back good memories.

The game was successfully funded on Kickstarter, thus allowing the team to proceed with their plans on developing the game they envisioned. Besides that, a multiplayer expansion is also planned, as well as a level editor, due to popular demand. In any case, as of right now, content is fairly limited, with players having only access to a really short training level, the third level of the story mode, a sample level and a challenge mode, as well as five different difficulties.

In essence, Overload is first person shooter with the six degrees of freedom (6DOF) and I’d say it’s impossible to not immediately remember the old Descent games when playing Overload, assuming you ever played them. You’ll be navigating different levels which have a lot of verticality, if you can call it that, and given the movement system nature you’ll find yourself rotating and moving around in ways you’re not really used to in other games, especially in first person shooters. That said, so far the levels will have you looking for key cards in order to proceed further into the level and destroying reactors which will trigger a self-destruct sequence and have you racing towards the level exit. Akin to older school games, you can also find various secrets, shield, ammo and health  pickups scattered throughout the levels. The map itself is presented in a 3d form,which allows you to rotate it, so it’s very easy to figure your way around even if you get confused with the 6DOF movement system. 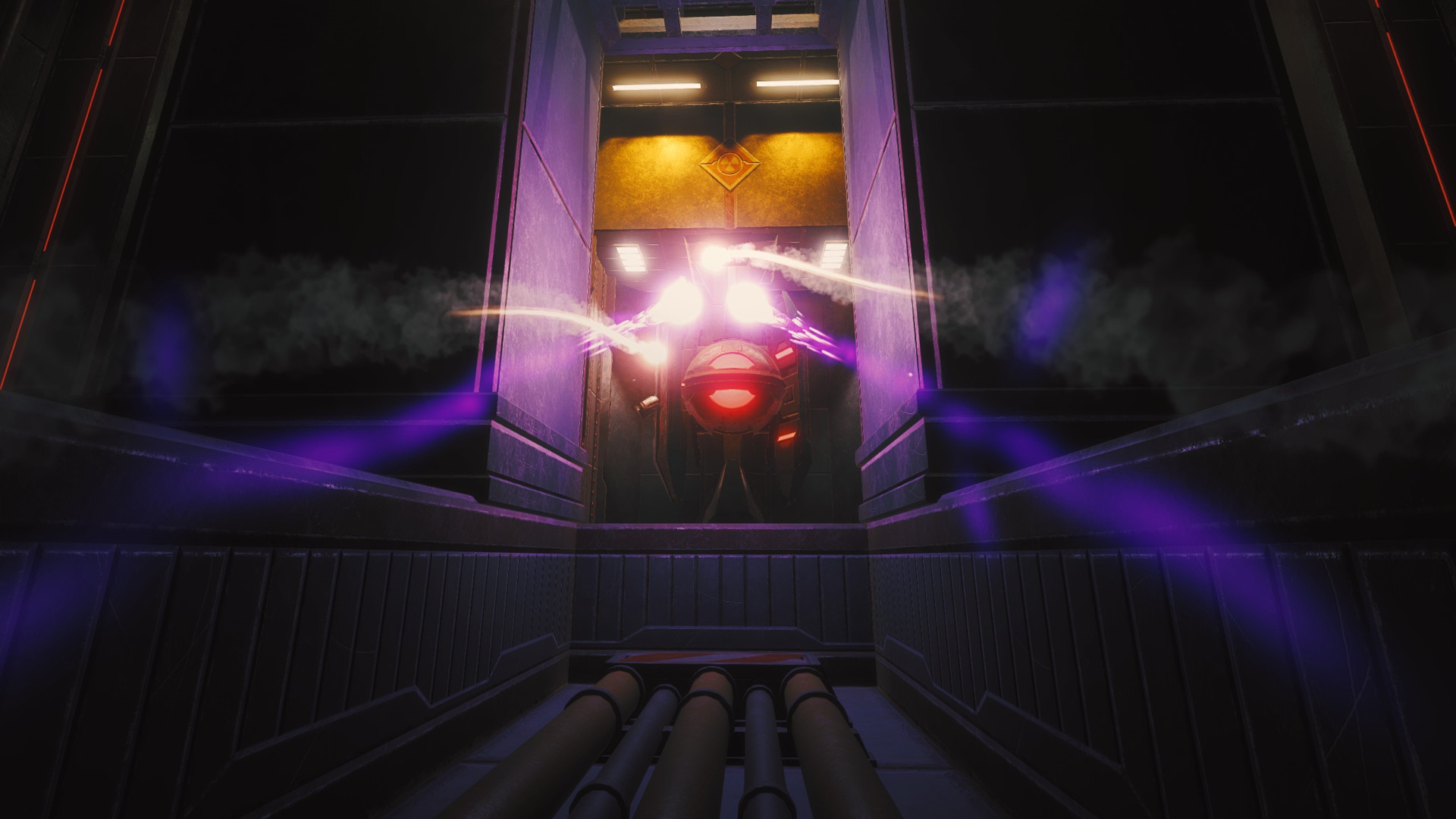 In any case, if you exclude the challenge mode, you can play through everything else under two hours fairly easily, so don’t expect a lot of replay value at the moment because the campaign is still in the works. With that said, the challenge mode might be just enough to keep some entertained while waiting for further content updates, which are scheduled to come out once every 3-4 weeks, with other smaller patches to fix bugs in-between. Currently there are 5 different levels for challenge mode and two different ways to play it. You can try to hold off the enemy onslaught for as long as you can in Infinite mode, or you can try to survive for a specific amount of time in Countdown mode.

The lifeblood of Overload, like others in the genre, is the combination of the movement system with the shooting and Overload already mixes both elements surprisingly well. There’s about a total of 13 different weapons right now and each one of them feels unique. Each weapon is best used in a specific situation, so you’ll find yourself switching weapons fairly often, from long range semi-automatic powerful weapons such as the Driller to close range ones like the Flak , or from the rapid firing Missile Pod to the homing Hunter missiles. Different weapons can use the same ammo type so that’s something worth considering when playing but, even if you have access to all the 13 weapons on a single playthrough, switching between them is fairly easy. By holding the designated weapon selection key, for primary or secondary weapons, you’ll bring up the weapon selection wheel will slow down time, allowing you to properly switch weapons during combat. With that in mind, the in-game interface is really well done, especially if you activate the cockpit view, with your health and shield represented in the center of the screen, secondary weapon on the right side and primary weapon on the left. 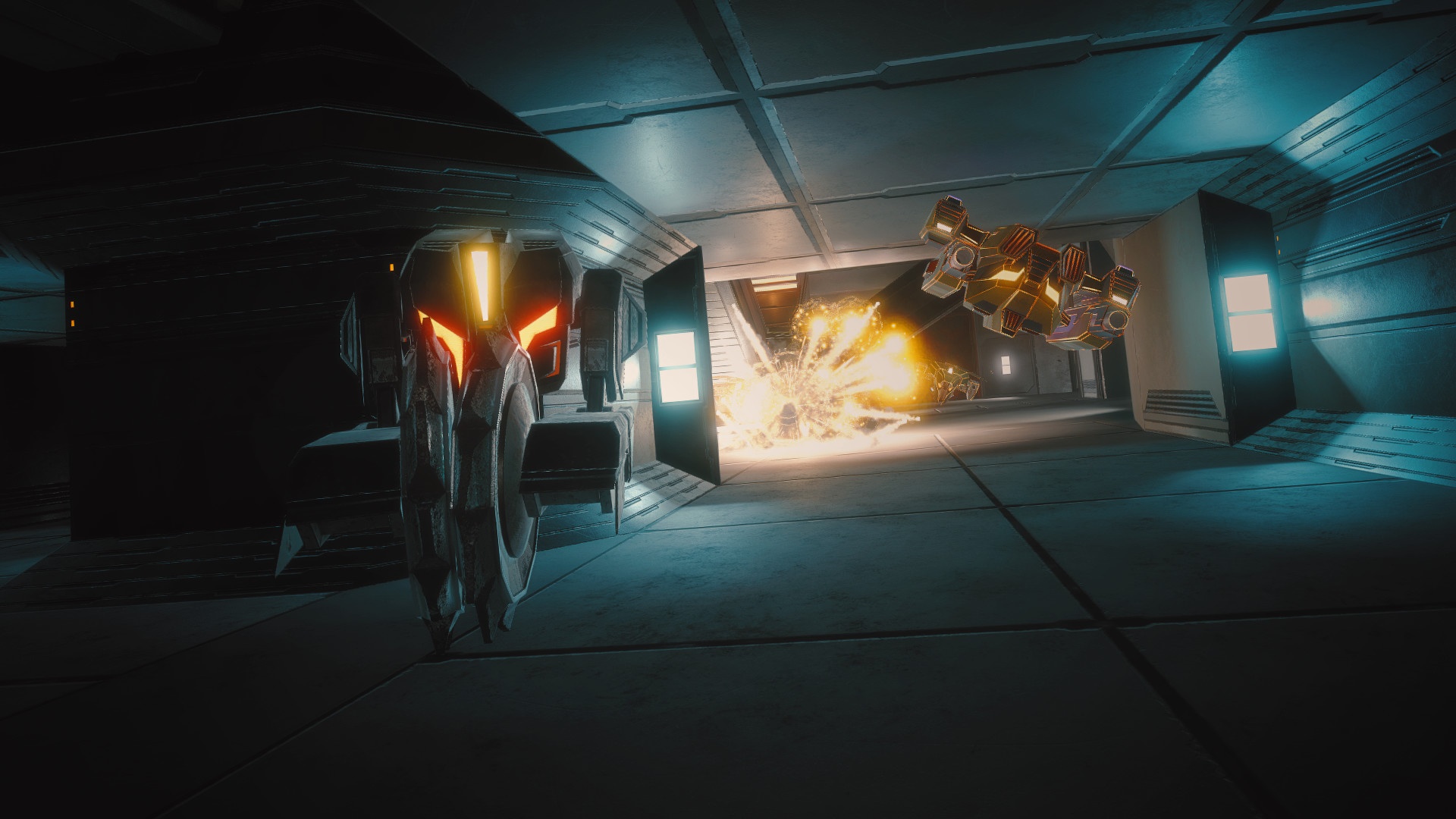 In regards to the enemy variety and AI it’s fairly decent, most enemies look like each other at first glance but as soon as they engage the differences are clear. Some will quickly rush in your direction while engaging in melee combat, while others will attempt to outmaneuver you and slowly approach you while taking shots. One of the most enjoyable things I’ve noticed so far is that whenever you hit an enemy with a missile you can definitely notice the impact of the explosion, since enemies tend to get knockback. Overall the physics feel pretty good, especially when there’s a huge amount of weight, sway and feeling of movement both to the ship, enemies and weapons.

Also worth pointing out is the fact that, despite the bad fame that the Unity engine sometimes has, Overload is just another proof of its true potential. There’s a pretty extensive graphics, controls and audio options menu, allowing you to change things like the UI color and cockpit sway, besides the usual options you can see in most games. Also, while I’m a fan of the particle effects and most things in the game, I just wished the levels had some more detail to it because, if you were to remove wall textures and things like that, the levels would just be a series of corridors with no props or anything else really. As far as performance goes the game runs pretty good, the only performance drops I experienced were when I was playing challenge mode with plenty of enemies in the screen at the same time.

Despite all the praise that Overload deserves for representing such a well executed return to the 6DOF formula, there’s one thing that warrants some caution when considering acquiring this, and that’s the limited amount of content you’re getting for the current price. If you’re a fan of games likes this you’ll most likely have a blast, just keep in mind that you might have to wait a while before getting any new content. If, however, you’re looking for something to keep you hooked for hours straight, it would probably best to avoid Overload for the time being and check it out later down the development road or once it releases.