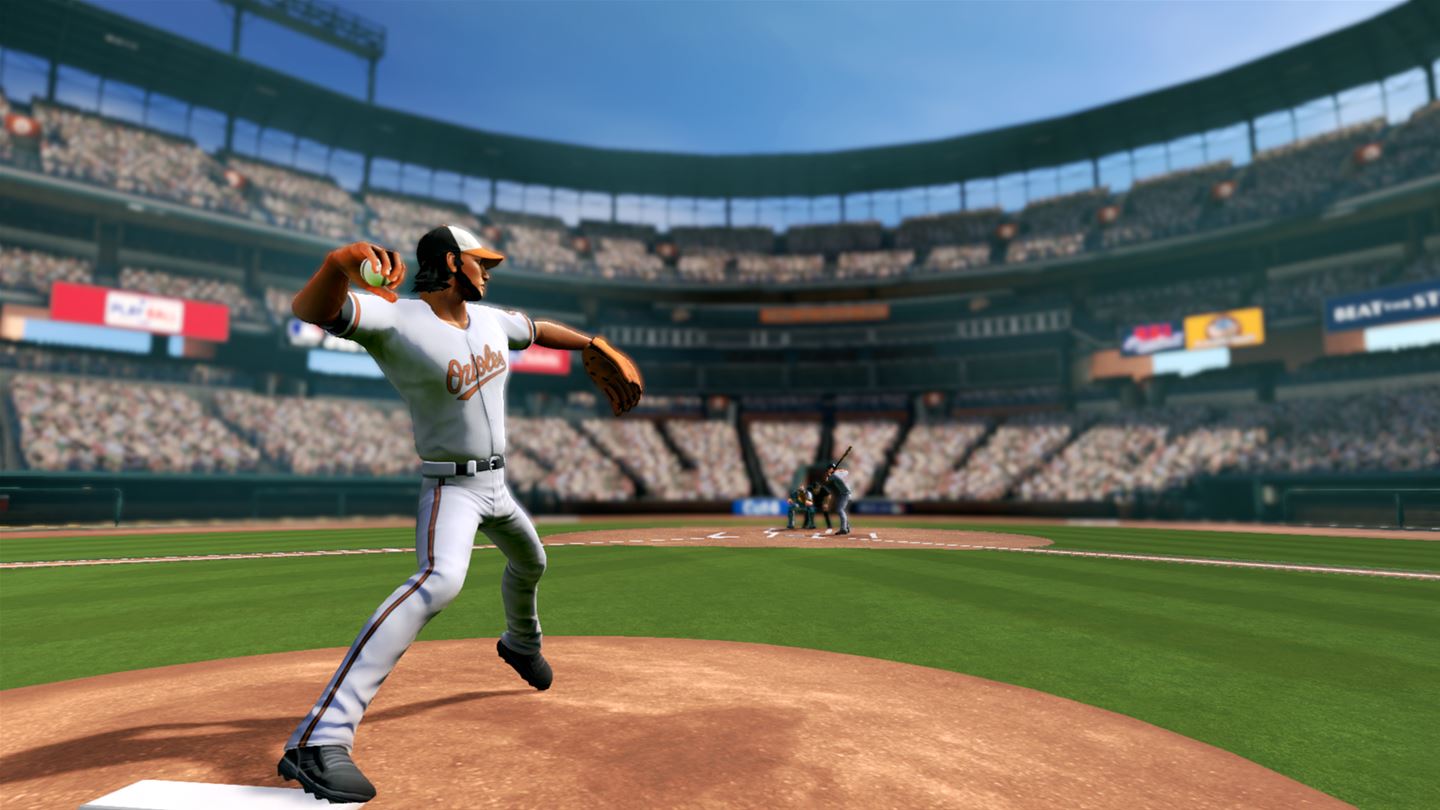 This should be the perfect kind of game for me. Despite being from a country with little to no interest in the sport, I actually like baseball quite a lot; if I go travelling to a country where baseball is popular, I try to visit some of the stadiums or even catch a game if I get the chance (I have tickets to see the Busan Giants play when I visit Korea in a few weeks), but honestly, I’m lazy. I’m uncommitted. Sure, I’ll watch the MLB, but I’m only tuning in for the playoffs (who the hell has time for that epic regular season), and even then, I’ll only really tune in for the ‘big’ games. So yeah, this kind of arcade-style baseball should be ideal for me. Sony’s, The Show franchise is obviously the high watermark as far as the sport goes, but like the regular season, it’s too much of a commitment, too much of a time sink. I’m looking for a baseball game that I can pick up and play, hit a few home runs and then, well, go back to Breath of the Wild I suppose.

Sadly, while, R.B.I. Baseball 17 should be that game, an almost complete lack of quality ensures that this really isn’t that game at all. It tries to be that game, it wants to be that game, but despite its best efforts, it fails to provide long suffering Xbox fans with a decent baseball game to call their own. Wait. Did I say ‘best efforts’? Sorry, what I meant to say was, ‘no effort’, as in the developer, MLB AM made absolutely no effort to make this a decent game.

Last year’s release was universally derided by critics and this year’s game is, well, it’s the same bloody game. Sure, there is a very timely roster update, but beyond that, this is actually a weaker game than last year’s already poor effort thanks to a number of missing features that conspire to make this one of the laziest and poorly conceived ‘sequels’ of modern times. 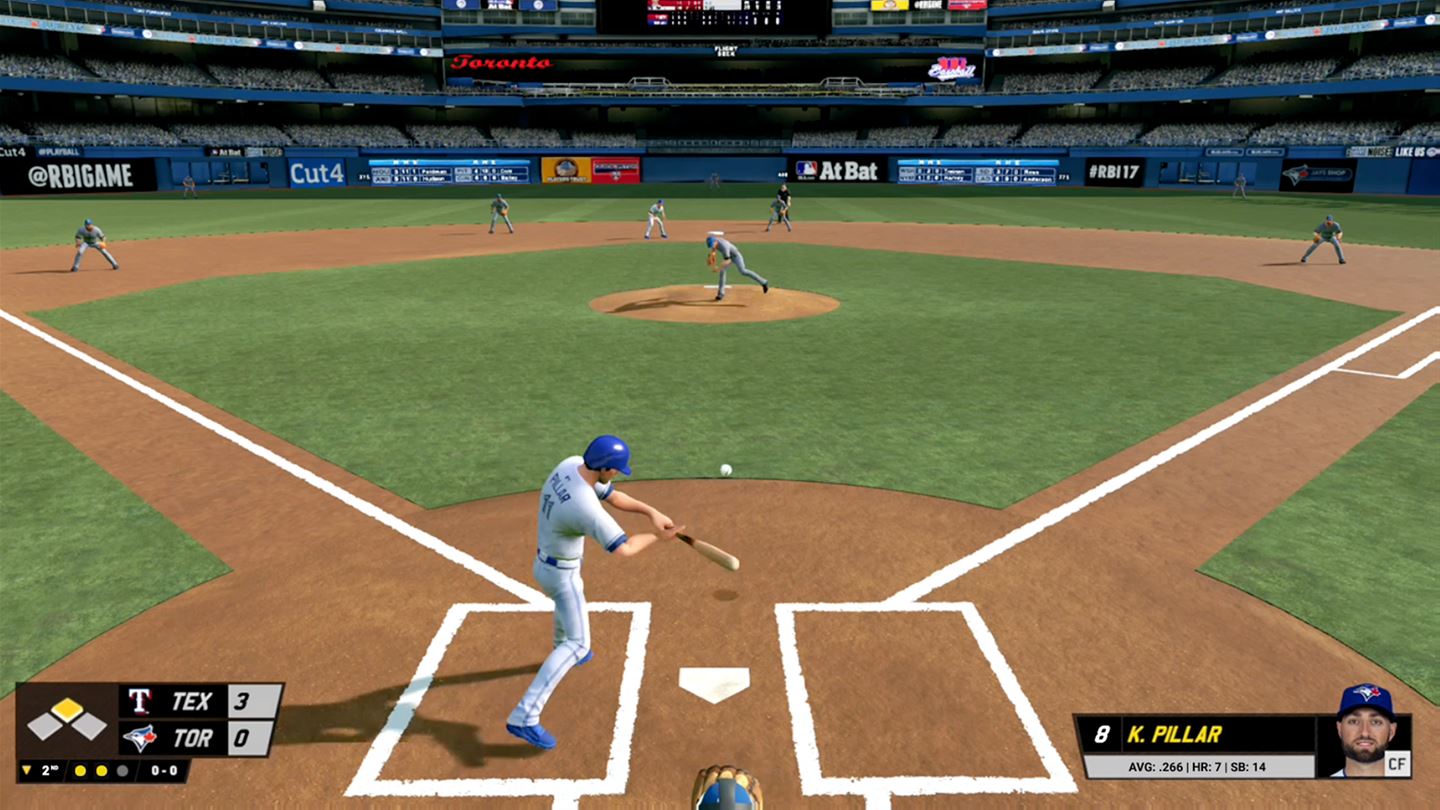 Remember last year’s online options? Yep, they’re gone. Sure, the rest of it is here, but beyond the slight changes to the menu, this really does look and play exactly the same as the 2016 vintage.

That might have been acceptable for a ‘budget’ release if the game itself was any good, but R.B.I. Baseball was pretty bad last year and, shockingly enough, it remains pretty bad this year. If anything, it feels worse; last year’s game was poor, but this one feels lazy to boot – it’s a rather brutal combination. The game is being released and sold off the strength of the name, and more obviously, on the basis that Xbox One owning baseball fans have no other option – with no MLB: The Show and no sign of EA making a return with the much loved, MVP series, it’s basically this or nothing…..personally, I’d be inclined to go with nothing if truth be told.

Still, as lazily and poorly conceived as it might be, R.B.I. Baseball 17 isn’t completely without merit – the core batting and pitching mechanics are perfectly decent, and if you pretend the rest of the game isn’t such a mess, you could almost be forgiven for experiencing fleeting moments of enjoyment.

Sadly, while there are moments of fun to be found (especially in local multiplayer), they are soon overshadowed by moments of anger, disbelief, and above all else, simple disappointment. With the batting and pitching being as decent as they are, you get the impression that an equally decent arcade baseball game could be mined from those fundamental mechanics, but with so many other problems and so little effort being made to iron them out and improve the wider experience, any potential that this game might have had appears to have been lost. 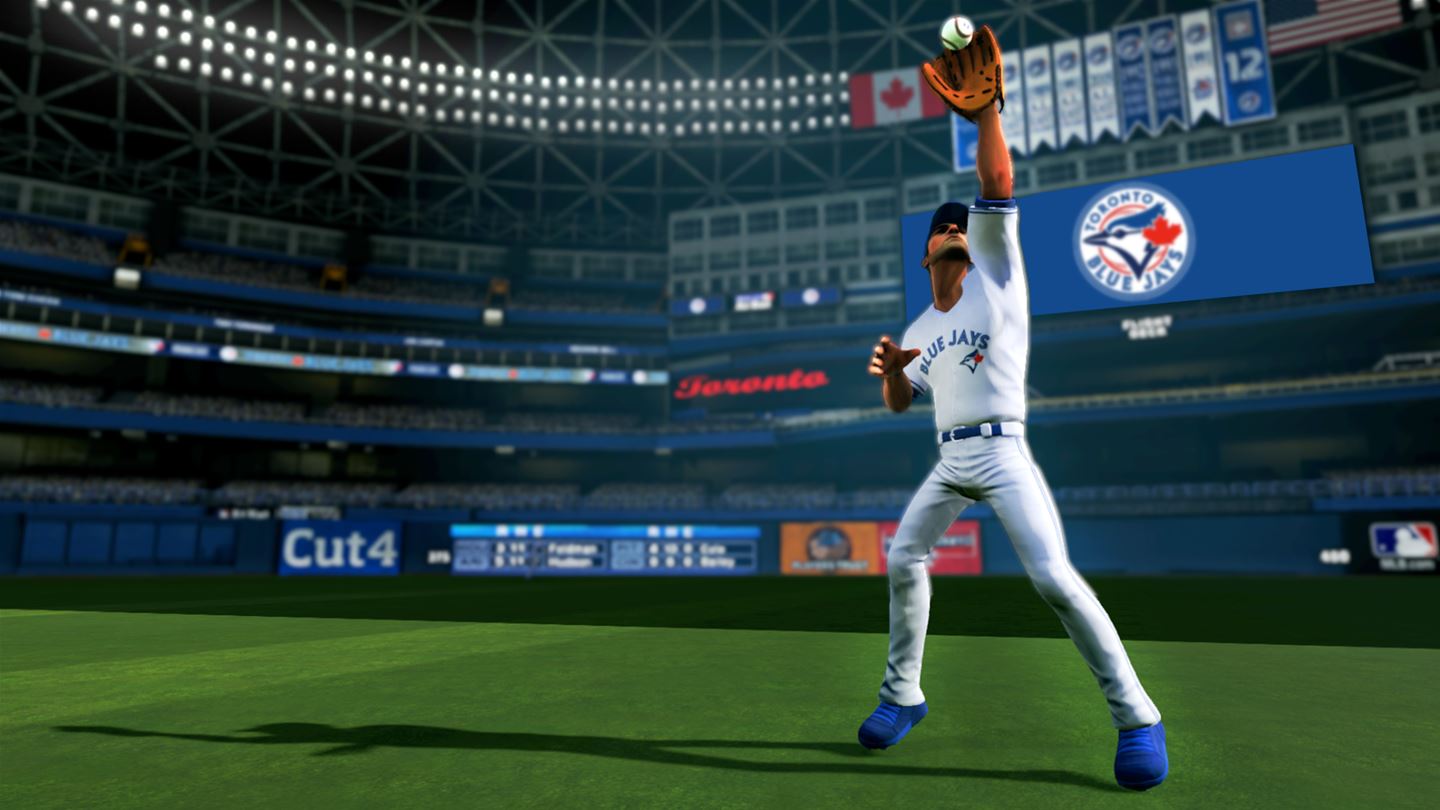 With an array of AI issue out on the field, a very limited selection of game modes and some rather iffy visuals rounding off the package, R.B.I. Baseball 17 really should be avoided by all but the most desperate of baseball fans. Saying that, if you are that desperate, you’d probably be better off stealing a PS4 and playing The Show instead. Sure, it’s not the arcade baseball game that I and so many others yearn for (and yes, stealing is technically ‘wrong’), but it’s a damn sight better than forcing your way through this rubbish.

The decent batting and pitching ensure that there is a modicum of fun to be found for those eager enough to find it, but with its poor visuals, questionable AI, lack of game modes and missing online options all standing in the way, only the most committed will uncover R.B.I. Baseball 17’s solid if nonetheless unspectacular core. There might be a lack of arcade baseball titles out there, and in the case of Xbox One owners, a complete lack of baseball alternatives, but honestly, this isn’t the answer. This is a poorly and lazily conceived take on America’s pastime, one that needs to seriously buck up its ideas lest it truly bury the once respected R.B.I. Baseball franchise.