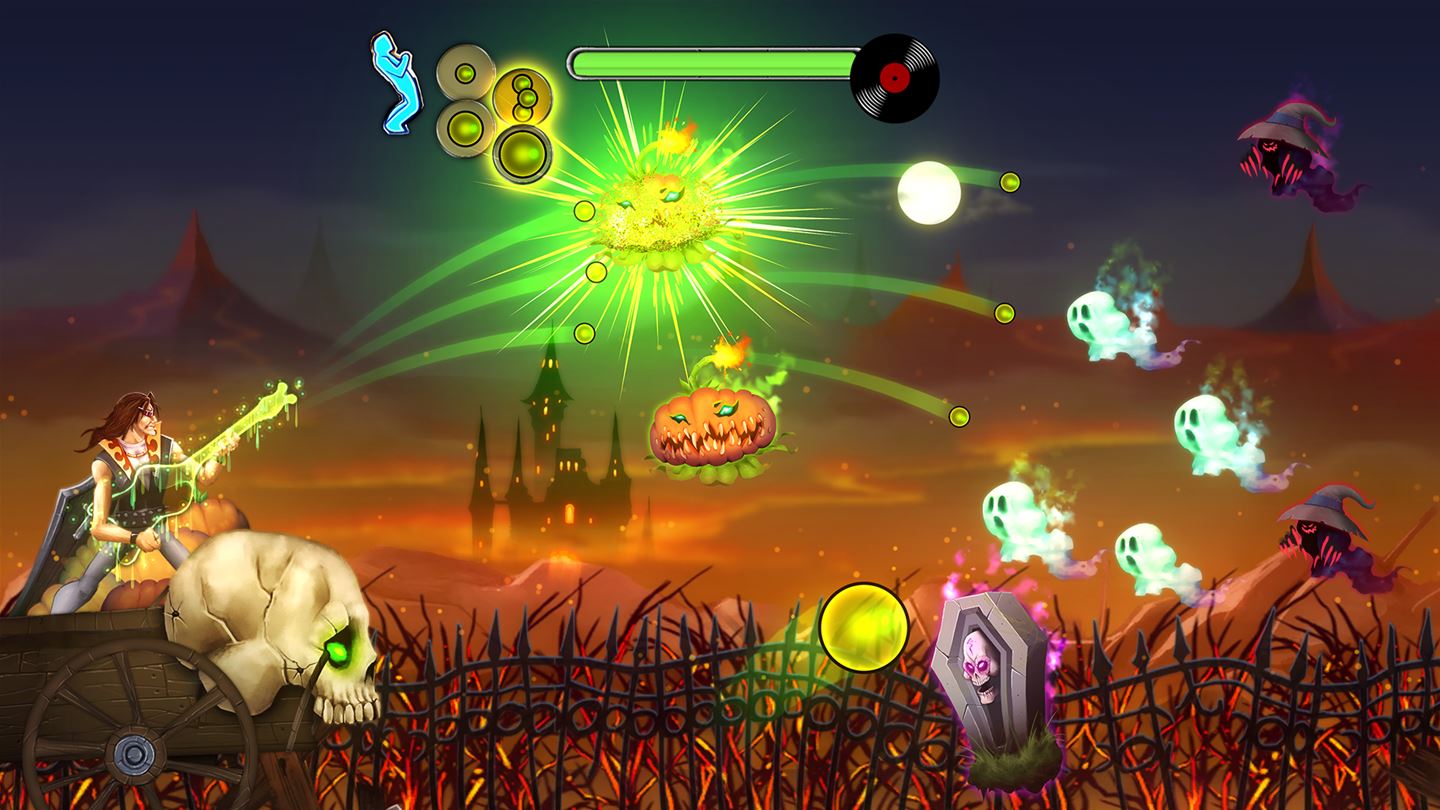 You’re got to feel for companies like, Virtual Air Guitar Company, those who clearly believed in Microsoft’s vision for the Kinect and the technology behind it. Abandoned in its entirety by the Xbox One S and upcoming Xbox One X, it is a device that has become synonymous with the Xbox One’s troubled launch and has subsequently be thrown upon the virtual fires by the powers that be.

By removing the Kinect from all pack-ins and even going so far as to remove the Kinect port from the S and X models (you can still use the Kinect if you’re willing to buy / send off for an adaptor), Microsoft, beyond making it abundantly clear that the Kinect has no future, have essentially made all Kinect-enabled games essentially unplayable on the newer consoles.

That’s where the likes of, Air Guitar Warrior: Gamepad Edition come in – if ever a game was born of necessity, this was it. Released just a few months ago as a Kinect only title, it has since been repurposed for the humble controller with, well, mixed results. 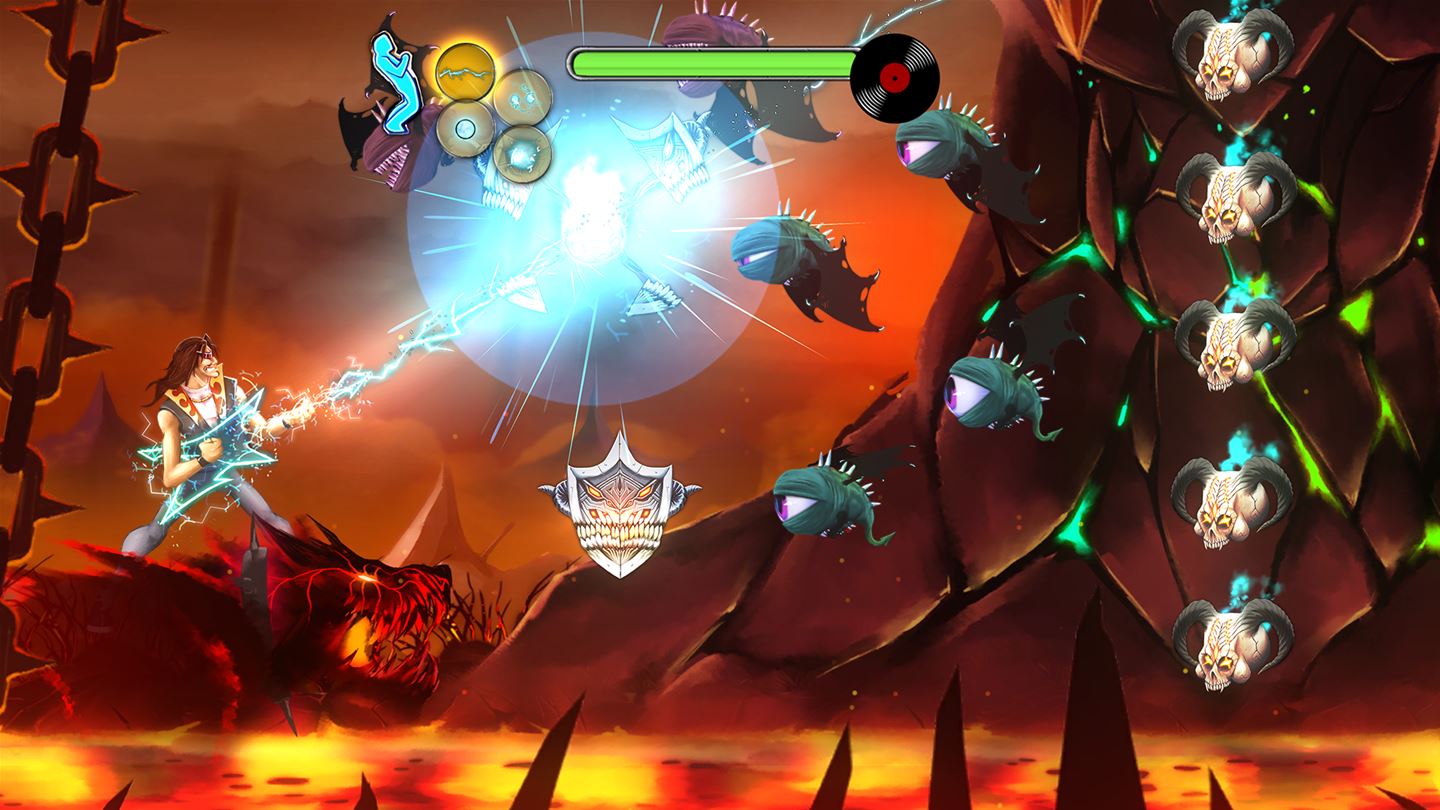 Thing is, say what you will about the Kinect, the 2.0 edition was actually a relatively impressive piece of kit, one essentially doomed by poor messaging and a predecessor that didn’t really work – it was still far from 100% accurate, but in the hands of talented developers like, Virtual Air Guitar Company, it allowed for genuinely new and exciting ways to enjoy what are fundamentally simplistic mechanics.

Air Guitar Warrior might not be the deepest of games, but on Kinect, its relatively basic gameplay proved a perfect fit for the imperfect but still oddly enjoyable hardware. Kinect was never great when it came to complex mechanics (notice how I refer to it in the past tense), but when it came to basic but well implemented gameplay, it often succeeded a lot more often than its critics (of which there are many…..most of the world?), would have you believe.

Take away the Kinect however, and the simplicity of Air Guitar Warrior’s gameplay suddenly looks like a negative rather than a positive. On the Kinect, it was a smart way to make the most of the hardware, but when played via a standard controller, it initially appears overtly simplistic and potentially repetitive.

While it is both to an extent, the charm that made the Kinect version quite so fun remains totally intact here. Yes, the simplicity of pressing buttons to the beat rather than actually strumming an invisible guitar ensure that this is an easier game, and aiming via the control stick (rather than your body) is invariably much more accurate, but while removing much of the difficulty from other shoot ’em ups might have essentially ruined the game, here, the effect is a lot less damaging. This was always more about the experience than the challenge, and it turns out that, whether it be using your body or your thumbs, shooting down flaming skulls with a magical guitar as you ride a T-rex through a post-apocalyptic landscape is fun regardless of the control scheme. 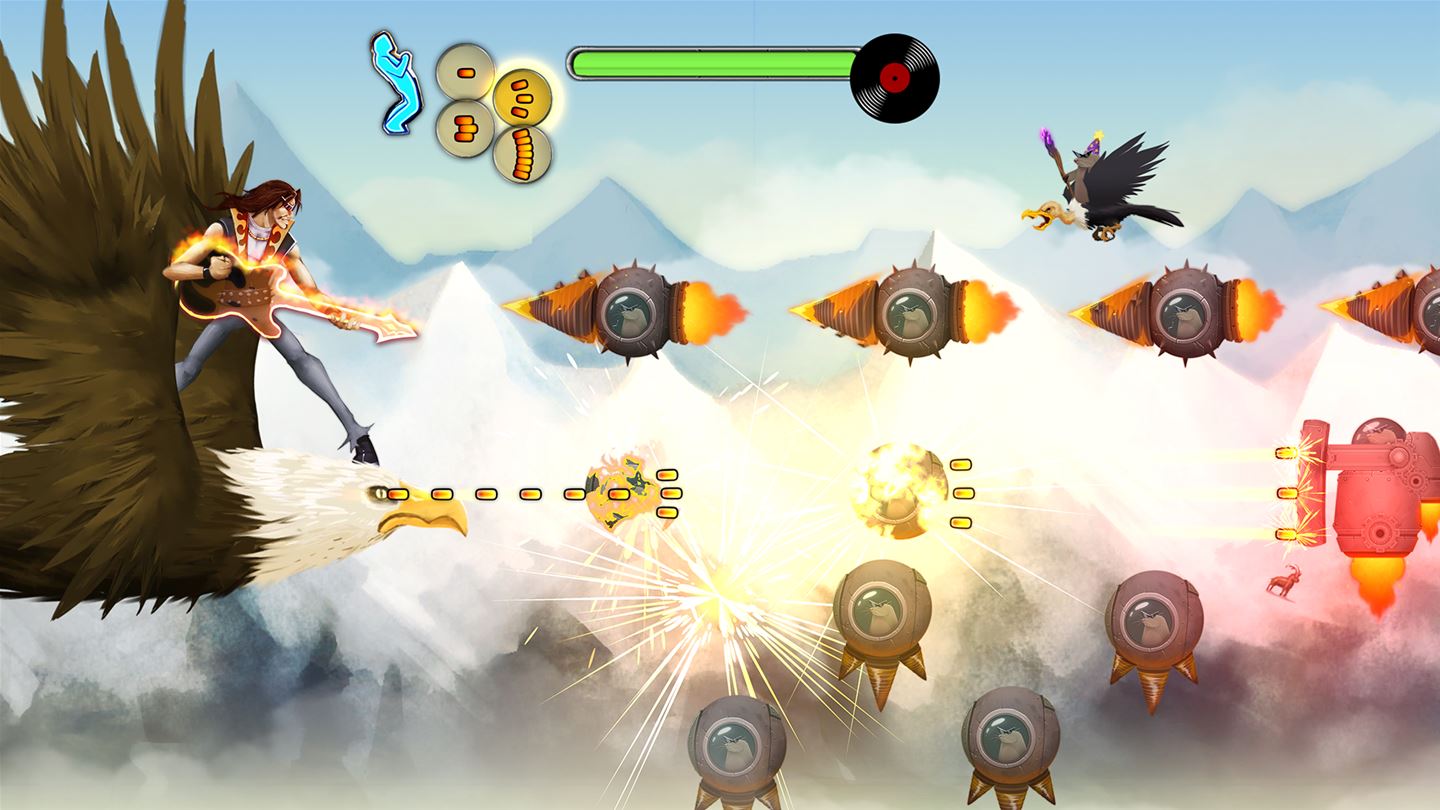 Whether you’re riding atop a flying shark, a giant eagle or an asteroid, the irreverent art design is always perfectly suited to the rock heavy soundtrack, and while the game does lack licensed tracks, what is here is surprisingly good, and with each stage lasting little more than a minute or two, the songs never have a chance to really outstay their welcome.

The same is true of the gameplay; with only two buttons used and only a handful of shooting styles available (each powered by tapping to the rhythm of the song), it could have all gotten stale rather quickly, but thanks to the quick-fire nature of the stages and the fact that it doesn’t take itself too seriously, I for one found it incredibly easy to overlook many of the games’ shortcoming.

It’s overly simplistic, it’s very repetitive and, without Kinect, it loses its unique selling point, but despite these issues, Air Guitar Warrior remains a surprisingly enjoyable shooter, one that abandons depth and challenge in favour of accessibility, fun and a very unique charm. It might not do anything particularly new, but when you have flaming skulls, magical guitars, flying sharks and the ultimate power of rock and roll, well, it doesn’t really matter does it.