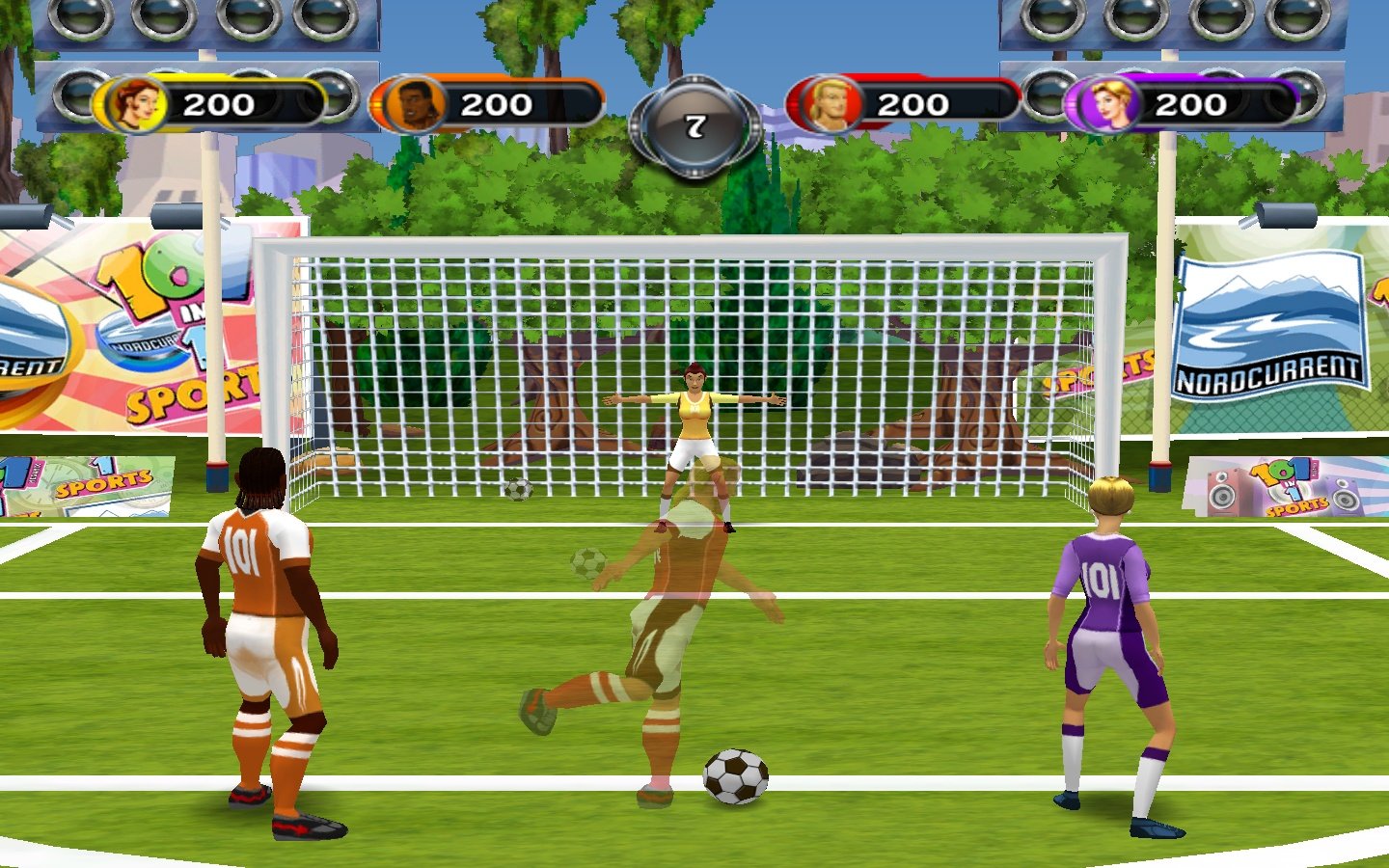 101 sports games in one small cartridge sounds like the kind of downsizing that is required to survive in the current economic climate and that is what developers Nordcurrent have managed to implement under the guise of 101-in-1 Megamix Sports. With so many games on offer the first thought that comes to mind is whether this is quantity over quality, which has tended to be the case in comparable games, but maybe 101-in-1 Megamix Sports can buck the trend.

101-in-1 Megamix Sports does exactly what it says on the tin because it contains 101 playable sports games. You’ll find that there are only ten games to begin with, to unlock the other games you have to collect points via the playable games and then spend them on the locked collection. The amount of points you can collect and spend to unlock a game varies from game to game. Each time you complete a game with a score higher or equal to the criteria required to pass then these points are added to your pot. Additionally, when you complete a game with a score higher than the base points needed then you’ll receive a points bonus to increase your balance. Obviously the games that require more points to unlock will reward you with larger bonuses and basic points. 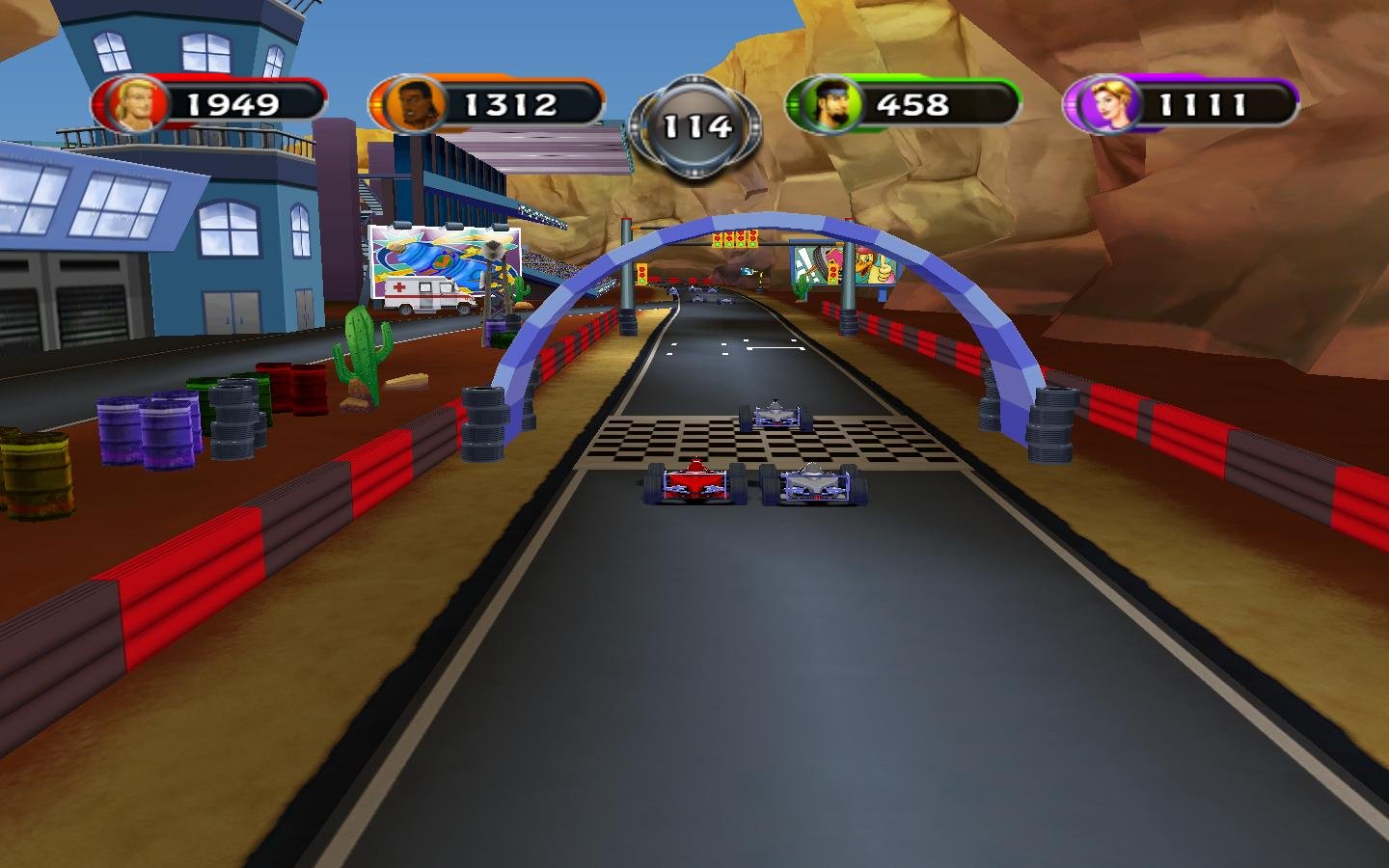 The unlocked games at the beginning include; Volleyball (a very random attempt to simulate the sport, there doesn’t seem to be any tactics needed as you simply move your player in line with the ball and they automatically touch it); Bowling (a reasonable attempt that is fun for a minute or two until you realise no technique is required); Boxing (a very simple and one punch rendition that becomes quickly tiresome as you just tap the stylus to punch);  Tennis (the most frustrating of the first lot of games because it feels completely random, why can you only hit the ball in the direction you are running?!?!?!?); Horse-Riding (all you do is hold the D-Pad down and tap the stylus to jump, it doesn’t sound terribly exciting does it? And it isn’t!); Darts (you’d think there wouldn’t be too much to do to make it addictive, well in 101-in-1 Megamix Sports you have to swipe the stylus to throw the dart in line with the target on the screen, you have no direct control over the direction which is disappointing); Clay Pigeon Shooting (probably the most taxing of the beginner games as you have to aim and then shoot); Javelin (build up enough to speed to throw the javelin as far as you can, this is a repetitive stylus tap until you decide to launch the javelin); Swimming (more repetitiveness on offer here as you do a few laps with no real danger of losing); and finally the Hammer Toss has you circling around until your happy (or bored) enough to release the hammer.

You would hope that the games you end up unlocking are worth the time but they’re not. Soccer can be played without even looking at the screen whilst you would think Fencing is a tactical sport, but in 101-in-1 Megamix Sports it’s just a few lunges at an opponent and it’s all over before you know it. The main problem is that the majority of the games don’t last long enough to keep you interested and the games that do just become an increasingly mind numbing set of  monotonous movements. In some of the throwing games i.e. Axe Throwing and Korfball, the stylus requires more power that should be needed to launch whatever your equipment is, and you’ll often see you throws fall short simply because the stylus isn’t fully taking into account your attempt. 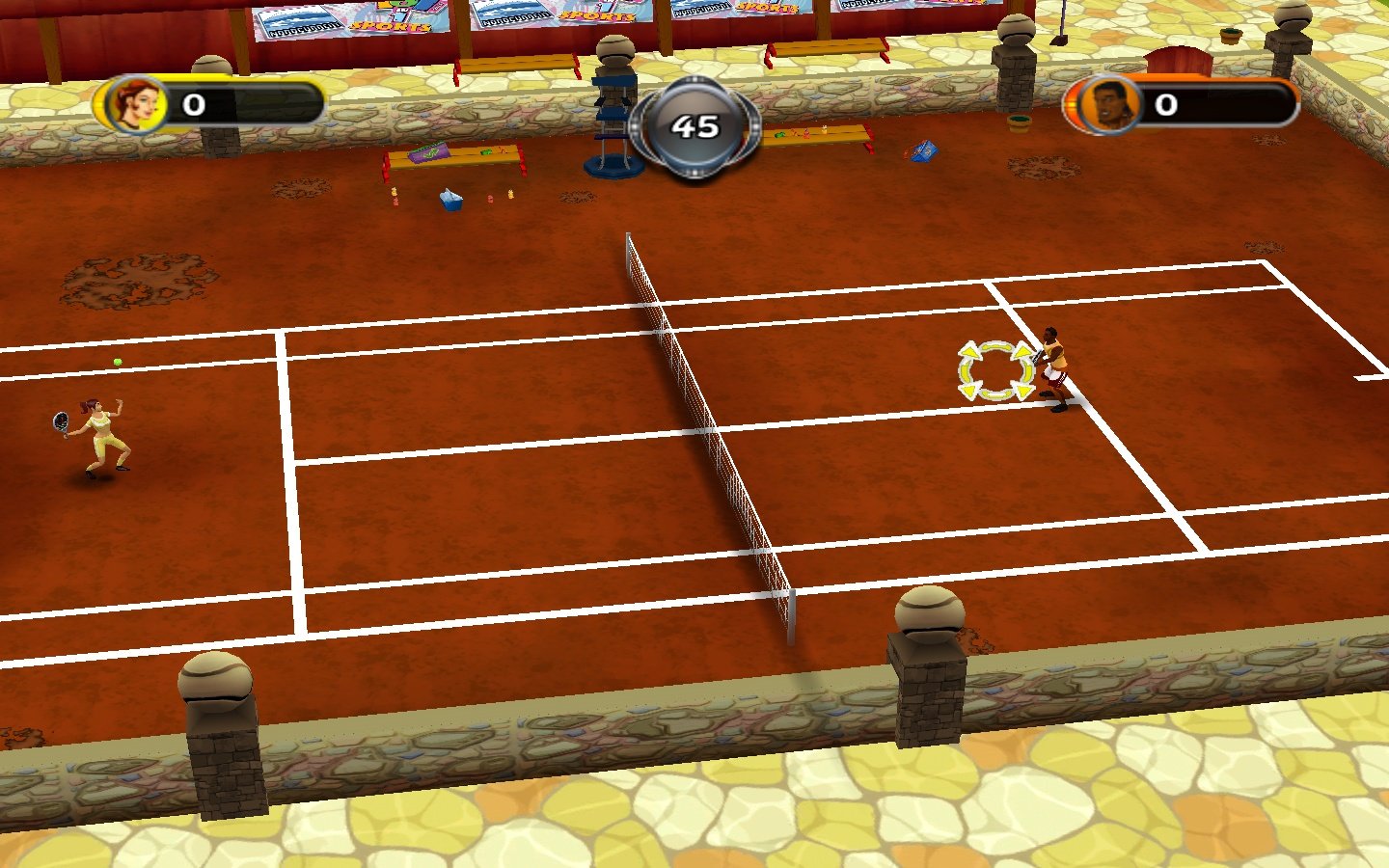 Graphically there is no game that stands out as every sport is represented by poorly detailed sprites and backgrounds that could be described as no more than simple looking. Add this to sound effects and music which lack any engagement and it means 101-in-1 Megamix Sports as a whole adds up to much less than its individual parts. There are quite a few games such as Volleyball and Boxing which use both screens, this makes it exceedingly annoying in regards to the transition between screens. The amount of times you’ll miss the ball or get punched simply because you can’t see is more to do with the design than the player. There is the Multiplayer option, but there simply is no value in playing someone else because then both of you won’t enjoy it. Once you complete a game there really is no reason to go back to replay it which removes any longevity 101-in-1 Megamix Sports may have possessed.

You have to commend the developers for implementing so many games, but the quality of the individual sports is at best below average and at worst very poor. Maybe next time the old adage ‘Less is more’ should be followed. Twenty or so games of a reasonable depth and quality could be something Nordcurrent could look into because 101-in-1 Megamix Sports offers about as much enjoyment as a game of football in the rain and you’re the only one wearing socks.