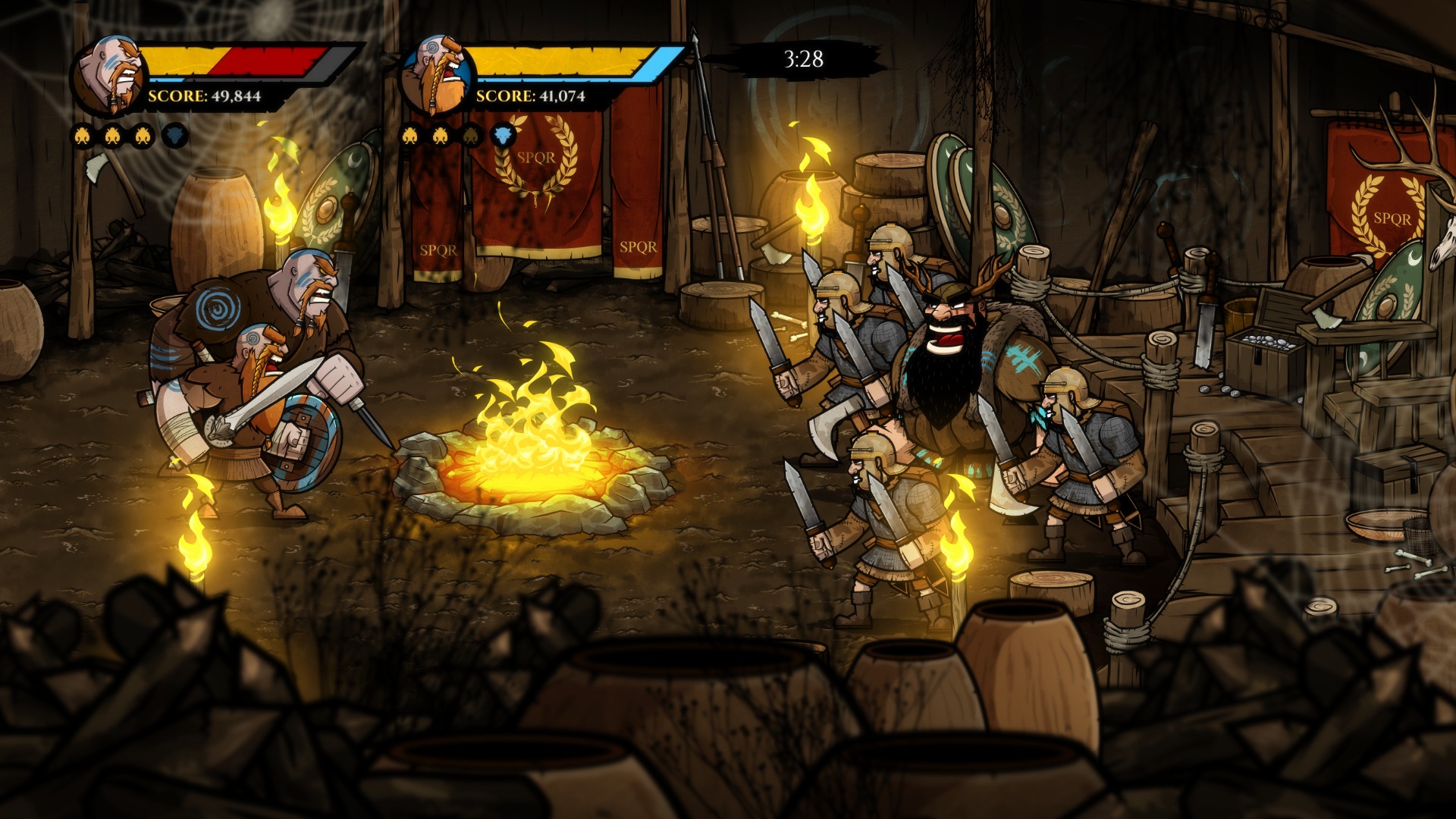 Wulverblade a 2D hack and slash in the same vein of Golden Axe and Streets of Rage; an homage to a simpler time. With more to offer than simple mechanics Wulverblade takes the first step in the right direction.

Wulverblade is set in 120AD in Roman occupied Britain; the game combines history with folklore creating a tapestry of a different time. The tribes of Britain do not accept this and our hero Caradoc unites the tribes to pool their strength together to defeat the 5000-man army of the Romans. With Caradoc and his allies advancing new powers appear showing that the Romans aren’t going to face such an easy fight. 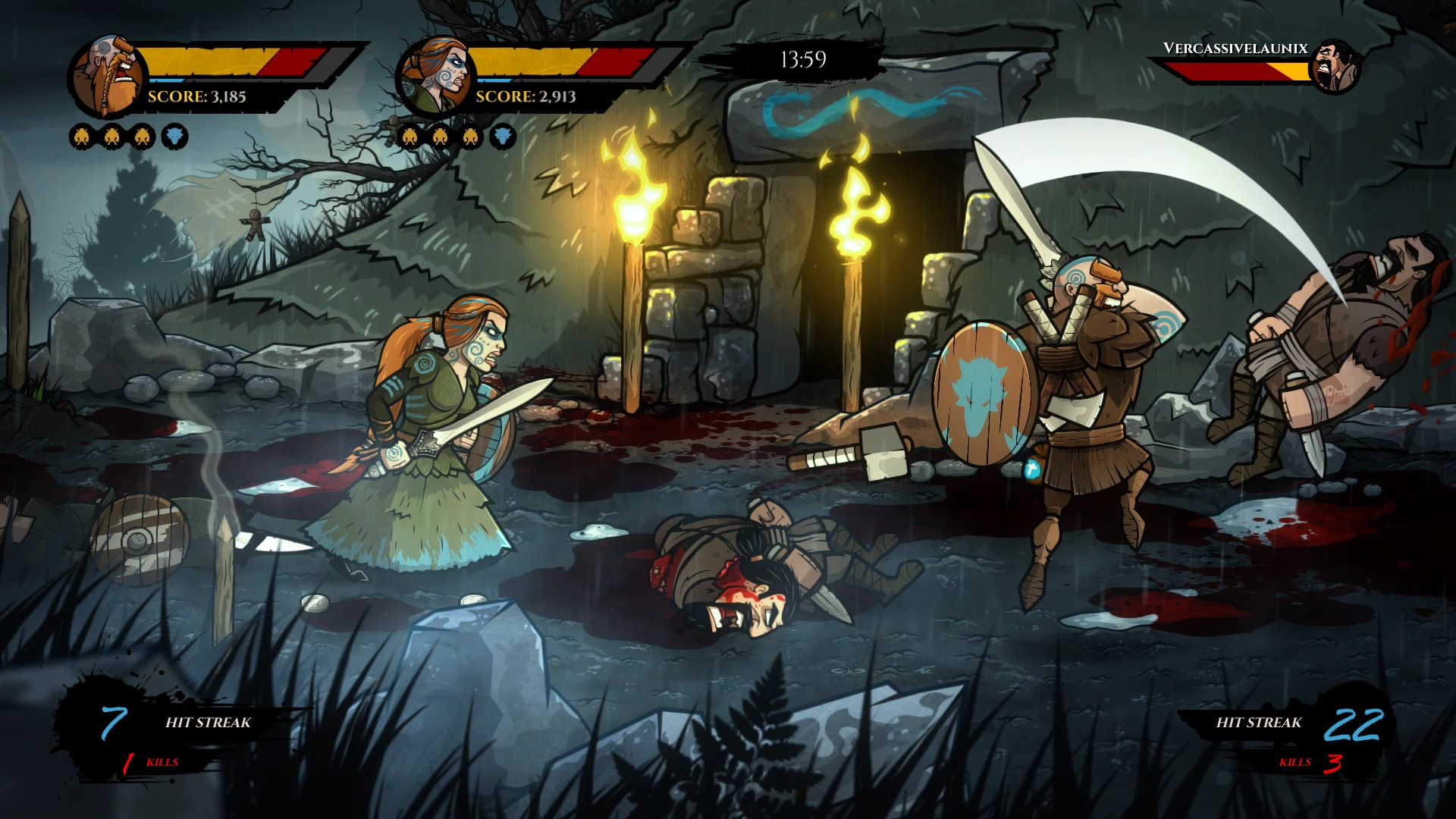 With such an interesting story the game already had me hooked without even getting into the gameplay. When it came to mechanics the game takes the old school 2D action beat ‘em up essence and improves upon it to bring it into the current generation. As you’d expect the game has the usual light and heavy attacks but adds in new depth by incorporating a blocking mechanic which the game more or less revolves around later on in the story. With that said the game has the current staples of a 2D game; the ability to “clear the screen” with a wolf call where your character calls in a pack of wolves to kill everyone on the screen. Another ability is the Rage ability like in most hack and slash games once you fill your rage bar it can be activated making you temporarily invincible and with each hit replenishing your health bar.

With the game doing its best to take what retro games did well and improve upon it, it does do that well but possibly too well. One of the main issues is something you as a player can’t even avoid which is boss battles; the game does so much to innovate and improve on the retro mechanics but with boss fights it’s just complacent. Bosses are designed uniquely and look different but when it comes to mechanics it’s the same fight during all eight levels with the only difference being how much health the opponents have. However, that’s not the only issue with this one being more of a preference type thing which is the difficulty spike; the game is fine at the start but once you reach level three the game just gets stupidly hard with a lot of dying due to enemies becoming impossible to beat without perfecting your timing. For me it really killed the enjoyment when I stopped just relaxing and it became more of a chore. 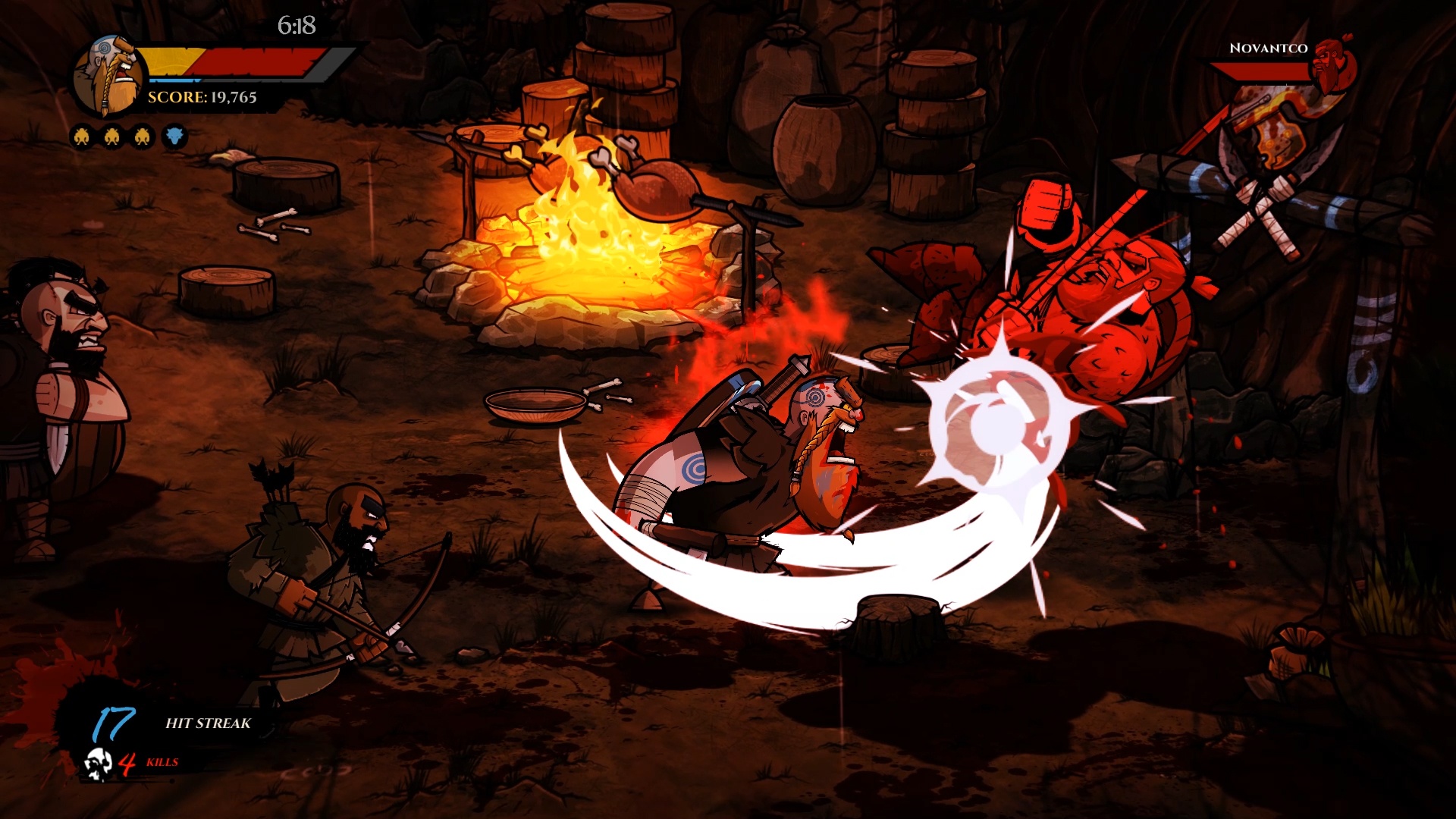 When it comes to FX the game really excels and feels like it really flexed its creative muscles. The game has some of the most vivid hand drawn art I’ve seen in a 2D hack and slash game, it does a fantastic job of bringing life to the game’s lore and story. The designs themselves are very well done with a lot of creativity infused into the art style, that’s not only whimsical and charming but also dark, gory and gritty; creating a brilliant mix of worlds. Audiowise the game does make its best effort to realise each swing of metal against flesh and bones making the world come alive as you tear your way through the roman horde.

Wulverblade is a splendid homage to a time where all games were 2D and everyone crowded around arcade cabinets but with a new twist that innovates and improves. Mechanic wise it adds so much to the table that elevates the game to another level but with its additions come some cons that are reflected in the over complexity of the combat. With its own issues of repetitive and boring bosses and difficulty spikes the game is nowhere near perfect; but with that the game does a fine job of creating something to be enjoyed by fans and non-fans of the genre.