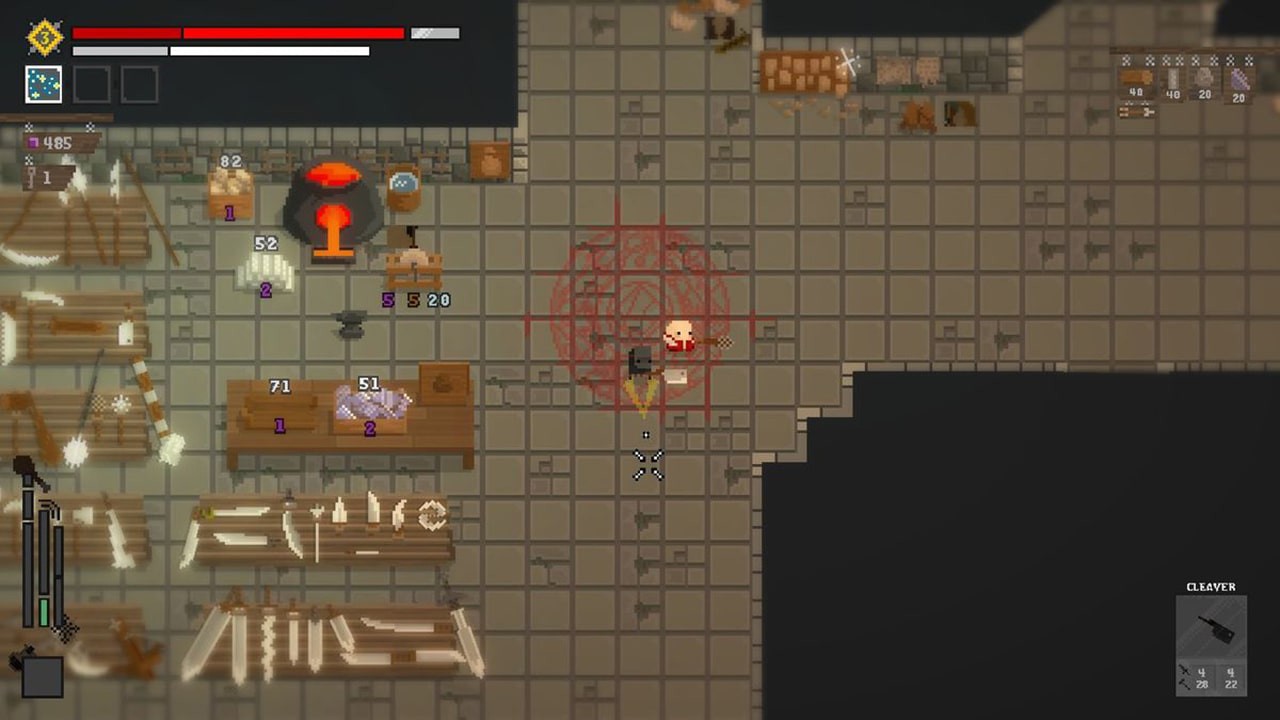 I’m so mad that I don’t like In Celebration of Violence. I think it’s a culmination of a lot of things, but here I sit, several hours into attempting to play this permadeath, procedurally generated, twin-stick murder fest that has elements of advancement and character development, and I just feel embittered and ashamed. When a game doesn’t click with me, I often assume that I’m not the only one who doesn’t enjoy the experience, and that a game is trash, or poorly optimized, or something to that effect. On the off chance that I don’t like a game and then find that many others do, I chalk it up to different strokes. After all, I can’t be expected to enjoy every single thing that comes down the eight-lane highway that is the eShop express. Still, there’s something that just feels BAD about not liking a game so clearly geared towards my interests.

Solo developer Julian Edisson brought In Celebration to Violence to Steam years ago, and the acclaim he received helped to propel Dolores Entertainment to bring this game to the Nintendo Switch. On paper, everything seems perfect: the game introduces this idea of injustice and borderline porographic violence that permeates everything, resulting in people, innocent people, getting slaughtered without cause or justification. You become a sort of avenging angel, an avatar of hellish delight brought to life (in low fidelity pixel art, but still), and your job is to kill and destroy as much as you can in a permadeath scenario. Or at least, that’s how it begins. Over time, you gradually begin to unlock more and more details of the game, including memories and mementoes of others who’ve died before you, and your character grows more powerful with increased weapon variety, better passive stat buffs, and a clearer understanding of trying to unlock the extra arsenal that’s hidden within each world. Live. Kill. Die. Live again until someone gets the damn message. 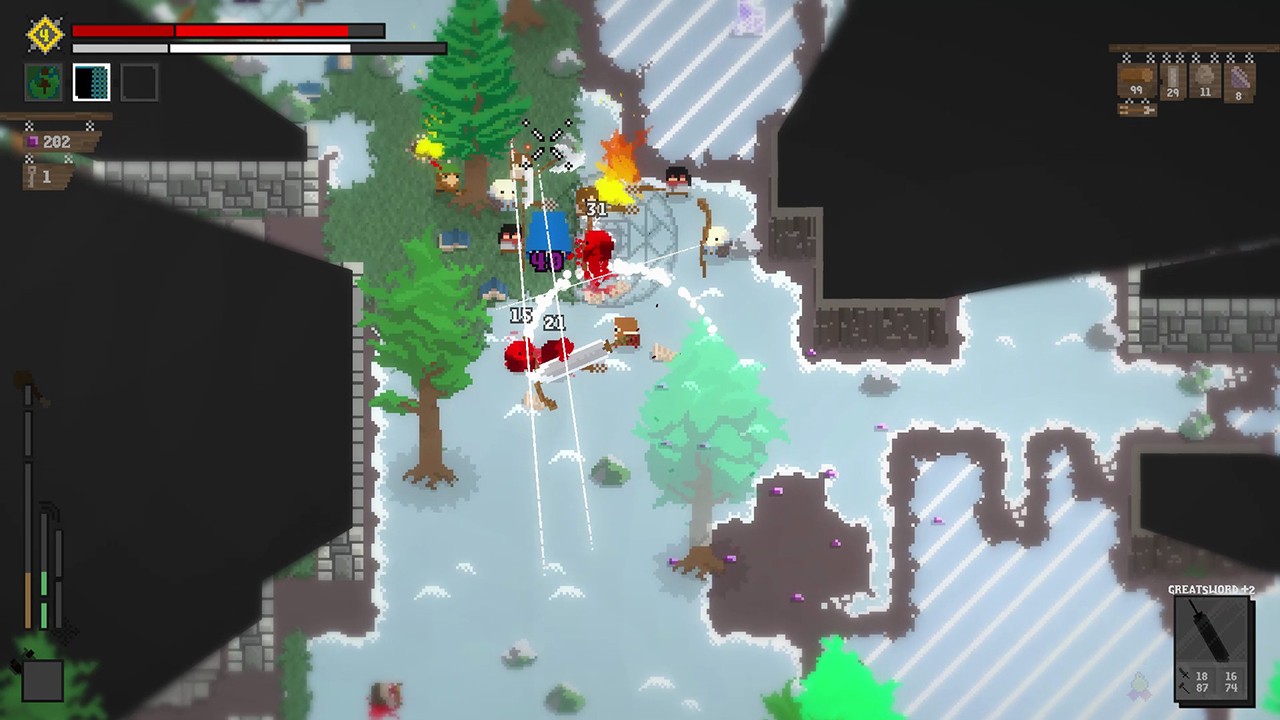 On the one hand, there’s a lot to enjoy about In Celebration of Violence. A true twin-stick top-down, you have to navigate through a hub starting world (where you can kill a bunch of people for no apparent reason) before choosing a portal to engage and begin your true quest. The combat is something meticulously crafted that can be off-putting at first. If you allow the pixel art to lull you into a sense of simplicity and repetitiveness, you’ll be murdered shortly and given no time to recover. Instead, you begin to understand that there’s a lot at stake in terms of parry, dodge and critical hit timing. You realize that different weapons have different effects on enemies, such as leaving them bleeding as they attempt to flee. Even though your character often appears as a flaming being, you aren’t immune to the ACTUAL campfires around, which, when tampered with, create raging infernos that can box you in and spell your doom if you happen to be standing in the wrong place. Item chests that float about are unlocked through donating purple “experience” which is dropped from most slain, violent foes, and you also need raw materials like wood and metal to exchange at different altars. I found out the hard way that once a particular spot was taking my overall health every time I donated, leaving me with incredible perception but also having me be vulnerable to a stiff breeze.

This is one of those games that, like The Friends of Ringo Ishikawa, is purposely obtuse and vague in the beginning. In Celebration of Violence finds its groove by allowing players to discover what it is that makes the game more important and more exciting than your average twin-stick. You realize that, the more aggressive enemies become, the greater the payout is. You find that tabletop-style resistances (percentage increases against poison, spiders, etc.) are incredibly important and stack up over time. You can spot different ideas that spawn with each version of your playthrough that give you flashes of inspiration on how to craft your run through. Hell, you shortly understand that the purpose of the Violence is to incite it in others as much as yourself, and to engage in something that’s more of a chaotic melee of hate lust than just simple slaughter. Much like the original Postal, you gain nothing important from killing innocent beings, but from whipping up a frenzy of havoc that you can gleefully dance through. Plus, again, it’s not just simple button mashing: you actually need to be good at the combat in order to succeed.

Having said all that, I’m wondering if it’s simply a matter of the port that’s not doing it for me with In Celebration of Violence. For whatever reason, this game just constantly felt awkward and clunky, never really gaining the momentum that I wanted or needed. I discovered more and more, but, every time I died, I didn’t feel satisfied or exalted in what I accomplished. Instead, I was just grudgingly witness to my own demise, increased one of my base stats by a single percentage, and then spawned again. I always felt like I was moving too slow, even when I was running. The slowdown effect when I nailed a really great strike didn’t feel like a cool slo-mo capture, but like the game was suddenly choking under its own weight. And, again, the combat is pretty gnarly, which creates a pretty massive entry barrier for players who have certain ideas or expectations. 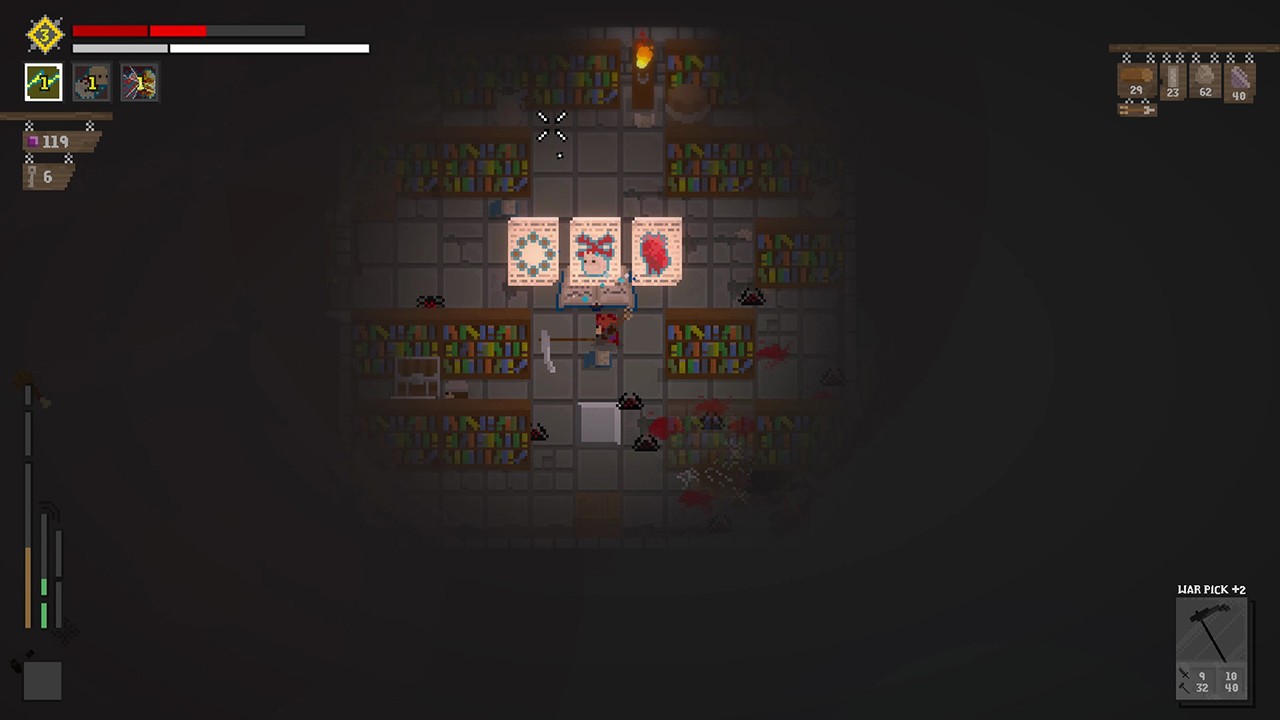 The term “Dark Souls” gets thrown around so much I think it starts to lose meaning, particularly when it’s used in an improper way. Dark Souls gets a lot of acclaim because it’s unfair, but you learn from the madness. With In Celebration of Violence, you can only learn as far as this particular run allows you to, and then, with your death, all the expectations are reset. You know how to deal with certain mobs, sure, but you can’t really plan things out, not to the extent that you do with other games. The roguelite nature combined with very tenuous survival makes for an experience that’s more frustrating than enjoyable. Which is such a damn shame because I can SEE what was happening here. I understand and get the core concept and I appreciate that it’s appreciated by others. For me, though, it just never clicked. There are so many great twin-stick roguelites, and this could and should be one of them. Instead, I’m just aggravated, and that’s a damn shame.

I’ve made my own case for the type of games that I enjoy. The storytelling, the pick-up-and-play, the mayhem and the magic are all different facets to look for and enjoy in a game. For In Celebration of Violence, it only ticks a couple of boxes and leaves others woefully blank. Watch some videos, get a feeling for it and then decide for yourself. If you enjoyed Binding of Isaac or Enter the Gungeon, I think this will actually be a massive letdown. If you enjoy a game that demands you feel it out before really getting into it, though, then this might be the right party for you.

In Celebration of Violence Review

It’s a decent little party, but there’s some kind of missing element that keeps this Celebration from going into a full fledged Revival.