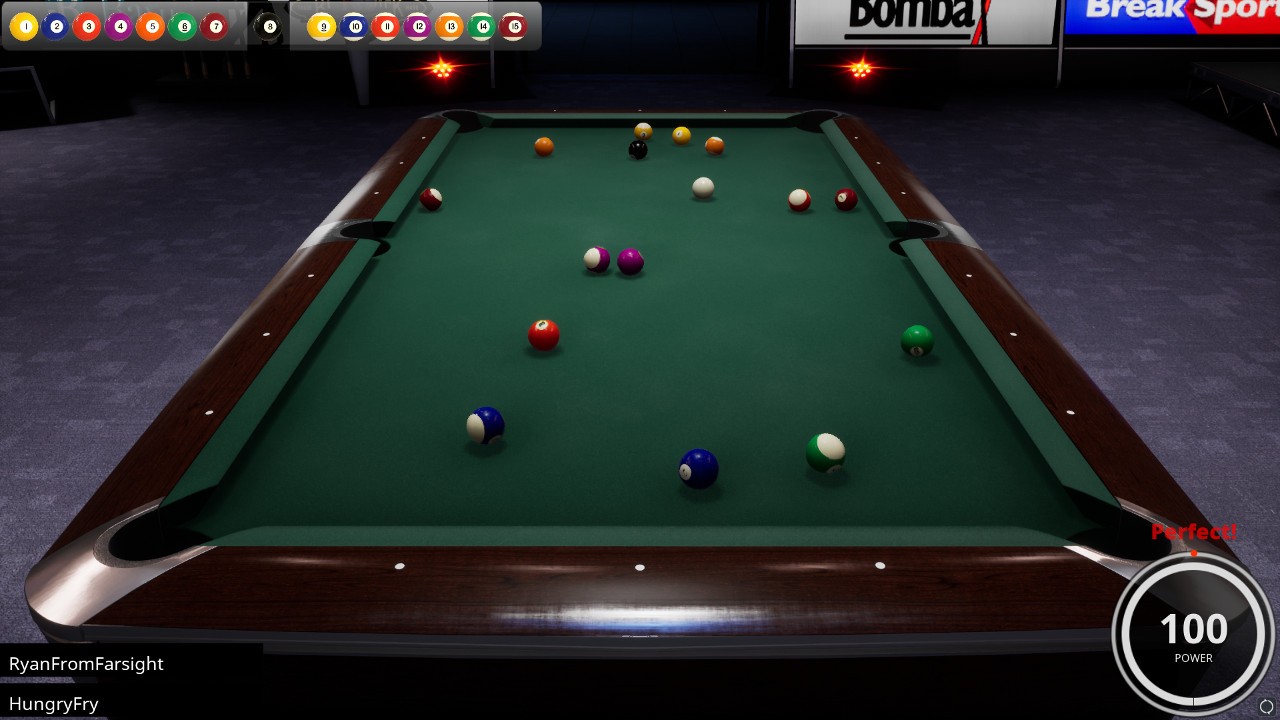 If there is one specific style of game that’s been missing for the past seven years of gaming it has to be titles that involve Billiards, or pool as we call it here in the UK. Sure, we have had a fair few Snooker titles of late, with the solid entry of Snooker 19 and a few others. But Snooker just isn’t the same, it requires skill, patience and precision. I’m a sucker for a billiards or pool game, many hours spent in an office job with a hidden browser with thousands of games racked up in Yahoo Pool.

For the rest of the review I’m just going to call billiards pool as you can probably get my jist now. But what I adore about Pool is that anyone can enjoy it from any skill level in real life and I feel that converts to video games too. Sure you’re going to have exceptionally skilled pool players across both as it does convert to a sport at the end of the day. But for the most part it can be enjoyed even if you get a drilling and it’s not as long as a game of Snooker either.

Now the last Pool game I think is worthy of a mention that excelled on a console was Pure Pool which was developed by Voofoo Studios and published by Ripstone Games. This arrived many years ago and over time the player base thinned out and I don’t know about you, but something is exciting and thrilling about playing a game of this nature against human opponents. 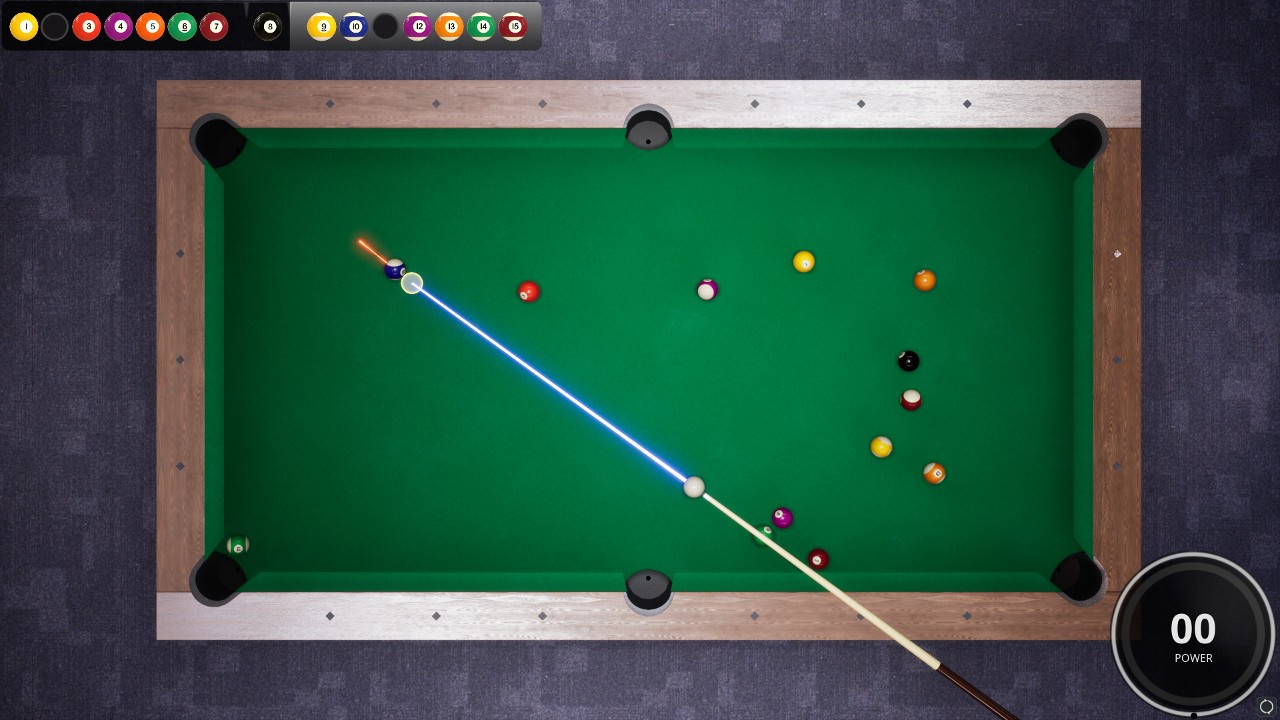 Brunswick Pro Billiards is developed and published by Farsight Studios and pockets its way onto all platforms, but for this review I played on Xbox Series X. I was intrigued to see if Brunswick Pro Billiards could top the table in the genre and itch that scratch for potting balls right, left and centre. Upon firing the game up I noticed that the menu systems are very basic and that’s fine, but I did expect it to be a little flashier in terms of this area. With Brunswick being an official licence to all things billiards, then it makes sense that you’ll see the official equipment and attire attached to the game. Brunswick Pro Billiards weighs in at £16.74 at the time of writing on Xbox One which is a reasonable average cost for a game of this type.

You can compete solo against AI opponents, against your friends or choose to be brave and conquer online against others. Naturally, I chose to play alone to learn the mechanics of the game and see how it holds up against other similar titles I’ve played, the most recent being the excellent Snooker 19. Brunswick Pro Billiards does everything you expect of a game on a pool table. You’ll be able to play 8 and 9 ball with a variety of other challenges along the way. Graphically, it does the job, I mean, let’s face it, it is literally a series of balls on a green table being hit with a wooden stick so as demands go with the visuals they can’t really go wrong. The lighting is the best aspect of the experience, the glare and reflection of the ball set is spot on, as is the lighting around the table. What I would say though is, even though you’re focusing on the factor of potting balls, the game feels a little hollow and empty in terms of atmosphere. You can see spectators sitting in the crowd in the arena and there is nothing in terms of sound effects from them, no cheers after a great pot or even a subtle cough. I feel more effort could have been put in here.

As for the mechanics in the gameplay, it is a great experience of the real-life game. You can choose to make it as easy or hard for yourself as you want. Aim assist helps you with the direction the ball is going to travel along with where the ball will be struck with the white ball. The preferred camera view is looking down the cue towards the eye level of the table, but you can opt for a top-down view also if you want it to feel a little more arcade-style. The sound of balls being potted and the clink from the white ball is satisfying, but again there isn’t much demand for sound effects outside of this. 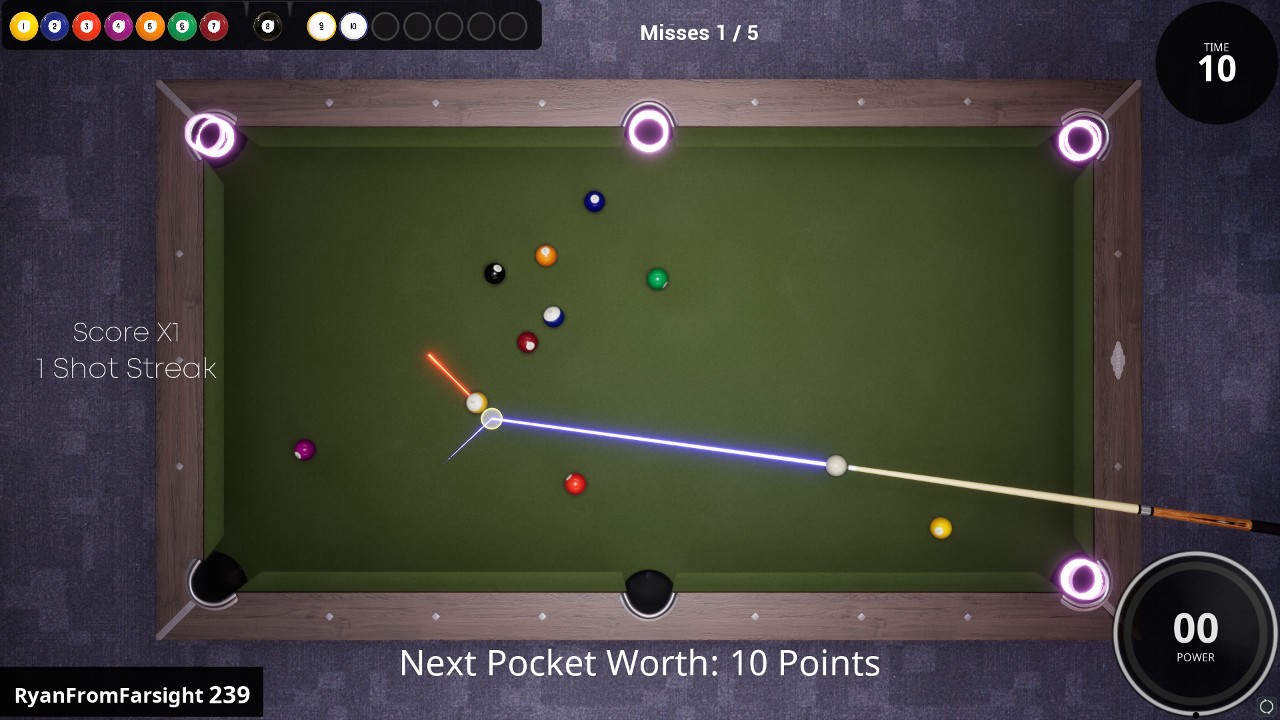 The frustrating thing for me personally was how difficult it was to find a human opponent, in one session I spent thirty minutes refreshing to eventually find a game, I am guessing this was down to the low player base. I do feel that if this title had an intuitive online multiplayer section with rankings and suchlike the longevity would be unlimited, but unfortunately it falls short. You do get rewarded for winning matches which are pretty much a currency in order to spend unlocking gear such as new cues, ball sets and cloth for tables.

Brunswick Pro Billiards gets things right with its mechanics and physics, but the game doesn’t have any meat to it and its hollow feel outside of the table makes the title feel like it’s lacking something. If your idea of fun is to just crack on and pot some balls then you’ll really enjoy this, but for me it left me shrugging my shoulders thinking what now. It is a shame because the gameplay is fine and there are no issues but there is not a lot worth playing for once you have unlocked all the items on offer. Sadly I feel there are far more superior titles in this genre even from years ago that offer much more than this one does. I hope that if they choose to follow up with a sequel that they build it to cater for longevity and keep the player base interested for longer periods.

Brunswick Pro Billiards is a good entry to the genre as the gameplay and mechanics are spot on, but unfortunately it feels hollow with a low online player base.