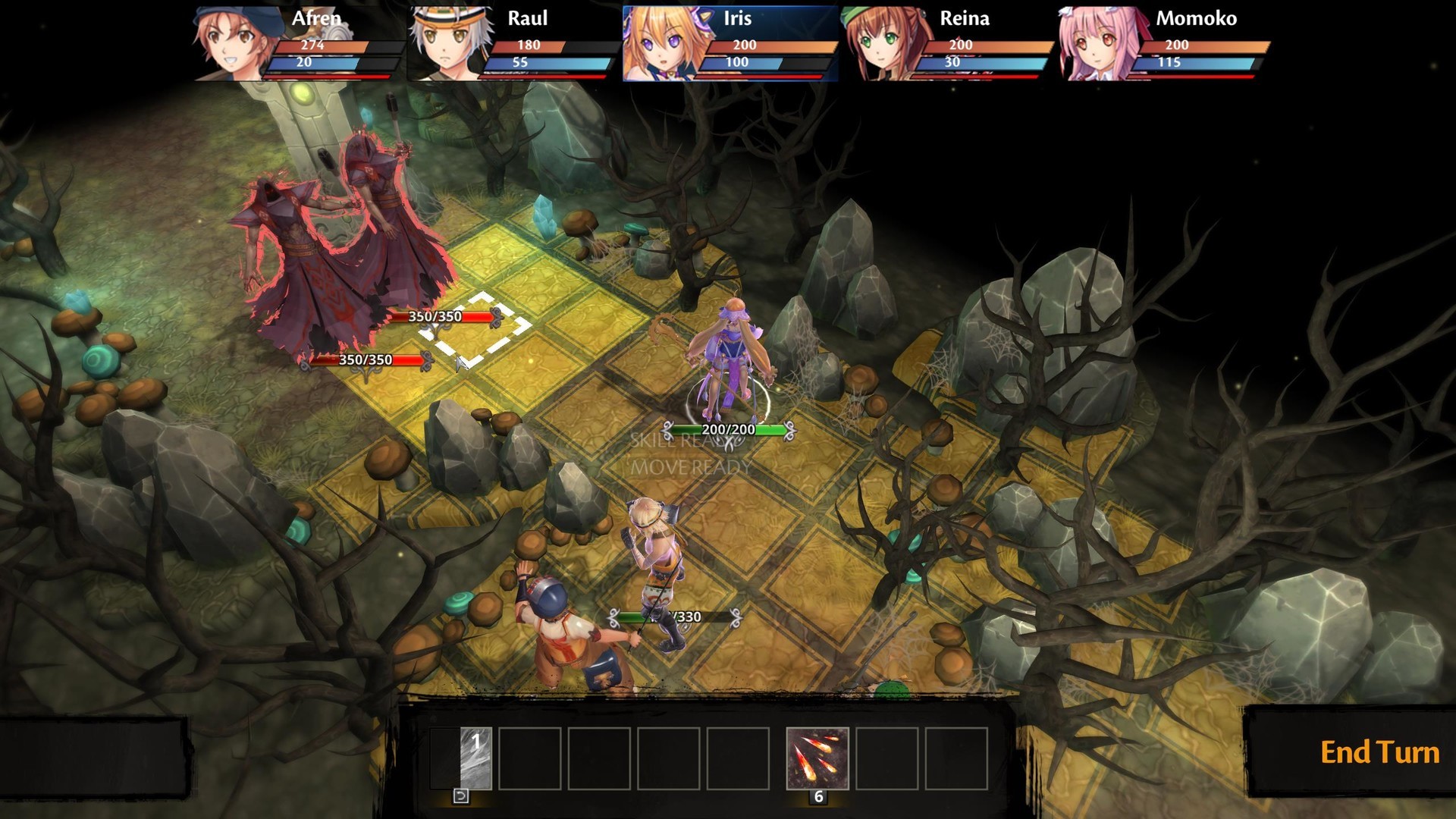 Tears of Avia is a turn-based strategy RPG developed by CooCoo Squeaky Games and published by PQube. The game was released on the 15th of October, and is available on Xbox One and Steam, I’ll be reviewing the Xbox One version.

Tears of Avia’s story begins with the player choosing a character, which is quickly followed by the discovery that the undead are attacking your village. In a possibly related incident, a mysterious object called a Tear has appeared nearby. After some investigation, it’s discovered that a bunch of evil demons are quickly approaching. Unsurprisingly, your player will play an important role in changing the fate of the region. Gathering together a group of heroes, you set out to collect all the Tears and prevent the world’s destruction. It’s not a particularly original plot, as you can see, and this isn’t helped by the fact that the characters are all based on worn-out tropes. Right from the start, you can already tell how this story is going to end, and there are few surprises along the way. The best you can say is that it’s a serviceable, inoffensive plot.

There are five different classes to choose from in Tears of Avia: Brawler, Mage, Priest, Ranger, and Warrior. It’s a pretty limited selection, but at least each of them has a skill tree full of abilities, so some customisation is possible. Generally though, there’s only one good build, which is the one that deals as much damage as possible in the shortest amount of time. DPS is king. Tears of Avia has two different difficulties, Normal and Hard. As it turns out, Normal difficulty is a bit too easy, especially if you’re familiar with strategy RPGs. While other strategy RPGs on the market like Fire Emblem and Disgaea offer a wide spread of useful abilities to choose from, Tears of Avia just feels so limiting. It’s not balanced enough. 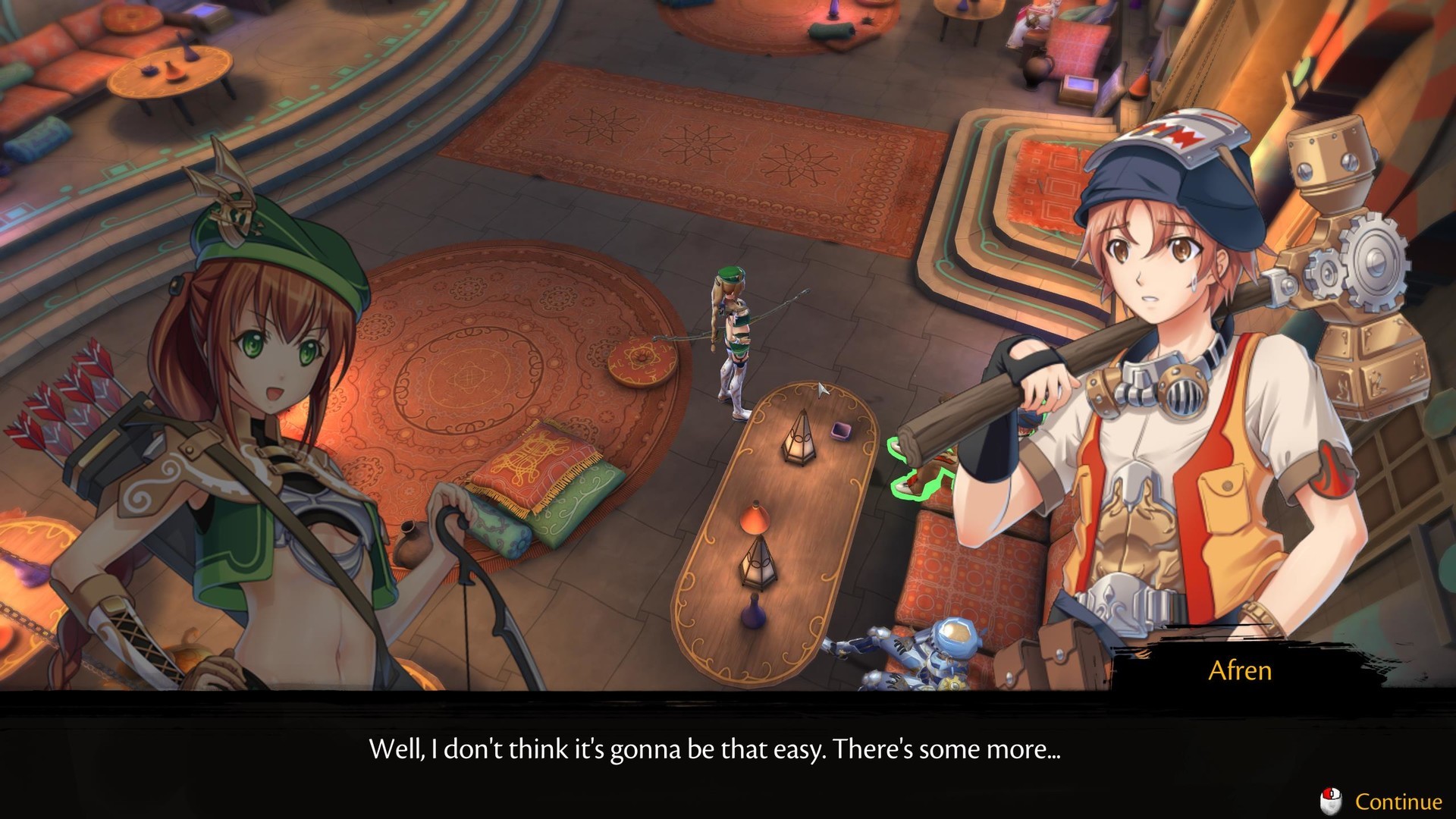 Another issue that Tears of Avia has is that you have the option to focus on skills that have extra effects like doing more damage if an enemy has been inflicted with a status ailment. The problem with this is that you don’t know what character classes you’ll have and what their lineups will be in advance, so there’s no way of knowing that you’ll be able to reliably inflict those ailments in the future.

There’s just not enough variety in terms of viable playing styles. Many of Tears of Avia’s player options tie into this problem, unfortunately. You only receive one skill point per level, which means that improving your current skills is expensive and risky since you have to specialise in a specific way. Players need to be careful with their early choices in order to not end up investing too heavily in skills that will later on prove to be ineffective or inefficient. You don’t want to end up being stuck with characters who are poorly prepared for upcoming battles, yet the game doesn’t give you many hints about what to expect.

Something that Tears of Avia also lacks is an interesting map design. While games like Disgaea feature maps with things to block your characters’ line of sight, as well as having parts of the map with different heights, Tears of Avia has none of this. The maps are essentially just flat fields for the characters to beat each other upon. The result is that there’s almost no tactical value to the placement of your characters, as long as they can reach the enemy, you’re all set. It’s very simplistic.

The character animations in Tears of Avia are also disappointing. They look stiff and lack personality, coming off as almost robotic. This wouldn’t be so bad if you could avoid looking closely at them, since the camera would be more zoomed out and it would make them less noticeable. Unfortunately, the camera zooms in while exploring hub towns, and the game frequently features attack cutscenes that show characters up close. 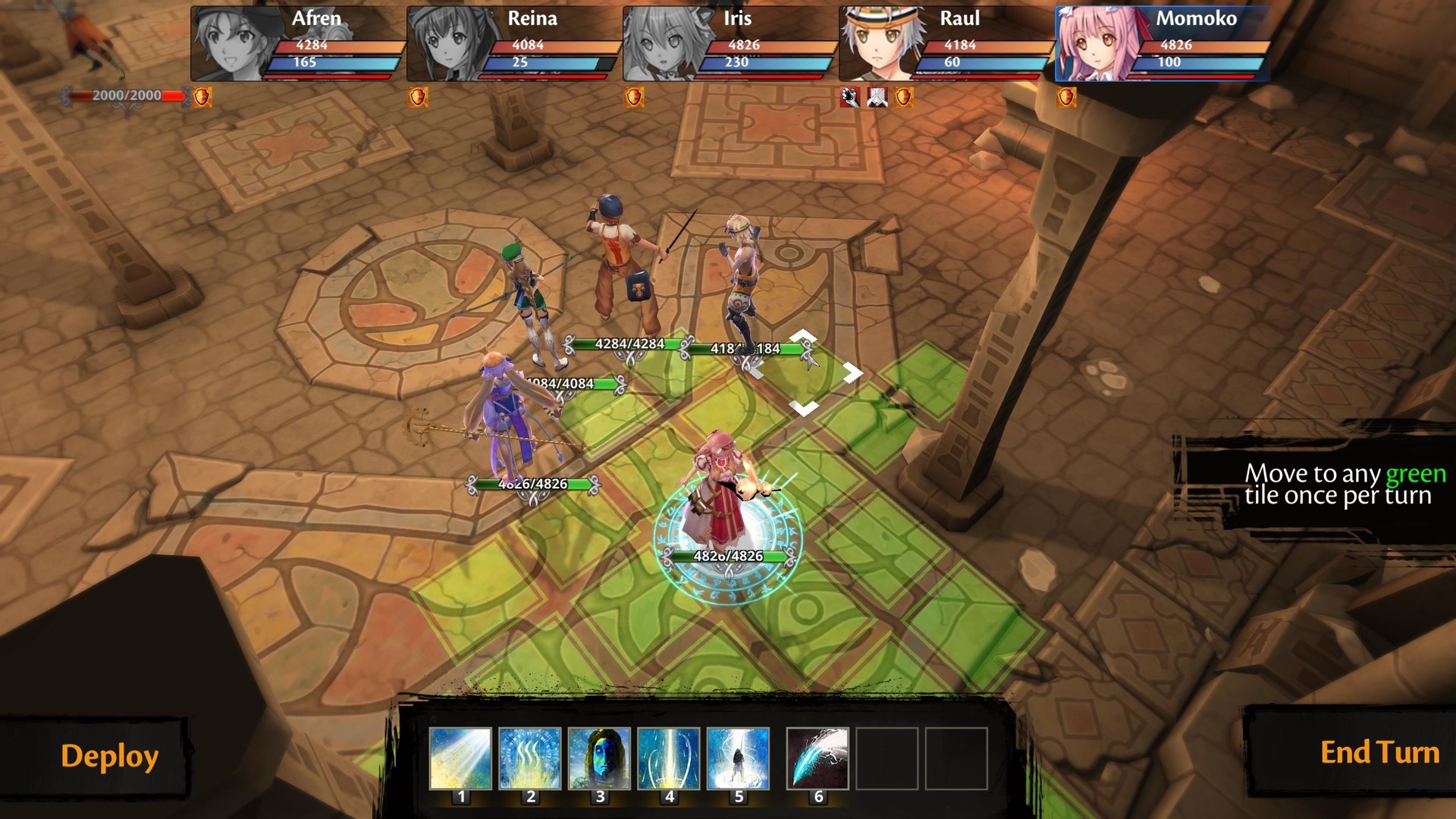 In addition to battling, Tears of Avia also features hub towns for players to explore. Unfortunately, these hub towns feature small, simple layouts and stiff controls, and so they don’t really add much to the game. It seems like the developers were trying to add something for players to do when they’re not fighting enemies, but this bland design doesn’t help. Tears of Avia features some limited Japanese voice acting. This helps to liven things up a little, but it doesn’t have a lot of impact, considering the game’s many flaws.

Overall, Tears of Avia is an underwhelming game. The story is uninspired, the character models aren’t up to scratch, the environments are bland and simple, and the combat is simply too easy on the normal difficulty. There’s a lack of challenge, and little in the way of visual appeal to motivate players to keep pushing through the game. The game is a budget release, which helps, but it’s still a fairly mediocre experience.

To be honest, Tears of Avia doesn’t feel like it lives up to PQube’s usual level of quality. Why they chose to publish this game is a bit of a mystery. There tends to be a bit of a lack of RPG titles on the Xbox One, so perhaps this game was seen as a chance to fill that void somewhat. Whatever the case may be, Tears of Avia is a game that’s hard to recommend, even to hardcore players of strategy RPG games.

A budget strategy RPG that will leave you wanting more.