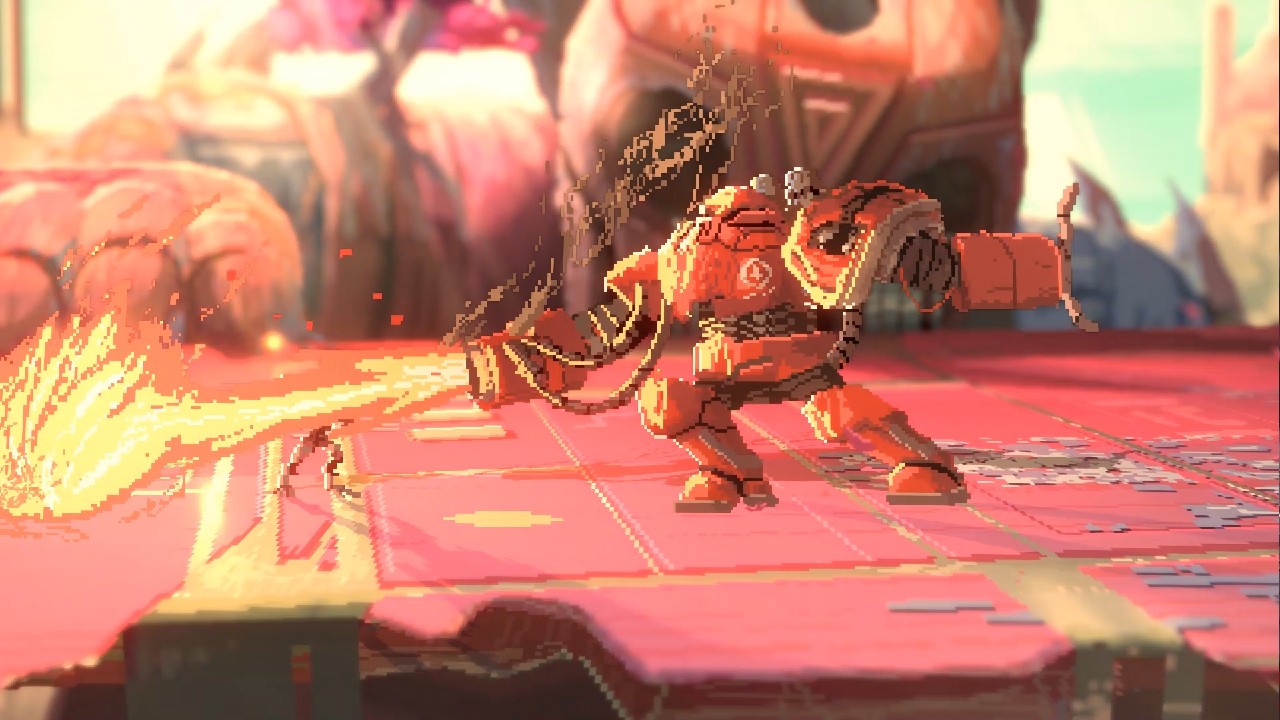 Often, when you focus on several mechanics at once, the result can be uncertain. Star Renegades is a game that first launched for the PC, then came to the Nintendo Switch afterwards. This lovely indie hooks anyone immediately through its beautiful pixel-art graphics and cutscenes that, although not consistent with in-game visuals, also exude quality and show that they were made by those who know what is doing. Star Renegades was developed by Massive Damage, and brings with it a proposal of a strategic turn-based RPG with elements from the rogue-lite sub-genre, and even a nemesis/adversary system that vaguely resembles Shadow of Mordor. Star Renegades deals with different dimensions and a protagonist named Wynn Syphex who is part of a group of rebels. This group aims to prevent the domination of the empire, though many elements generated procedurally as items, enemies and scenarios.

The highlight of Star Renegades is certainly due to the battles that have a timeline with the prediction that allows the player to understand whether their attack will be executed before or after the enemy. This helps to calculate the next step carefully, and at the same time how much damage is needed to defeat an enemy before losing his life completely. In addition to the health bar, each character is equipped with a bar that symbolizes his shield, acting as a defence that needs to be destroyed before the enemy actually begins to affect health. As far as the offensive strategy is concerned, in addition to the standard attacks of each character that are unlocked at each level that it rises, it’s also necessary to keep an eye on what types of attacks your opponents have resistance to, reminding me of Pokémon’s games in a way quite superficial – ok, just to help you in the interpretation. 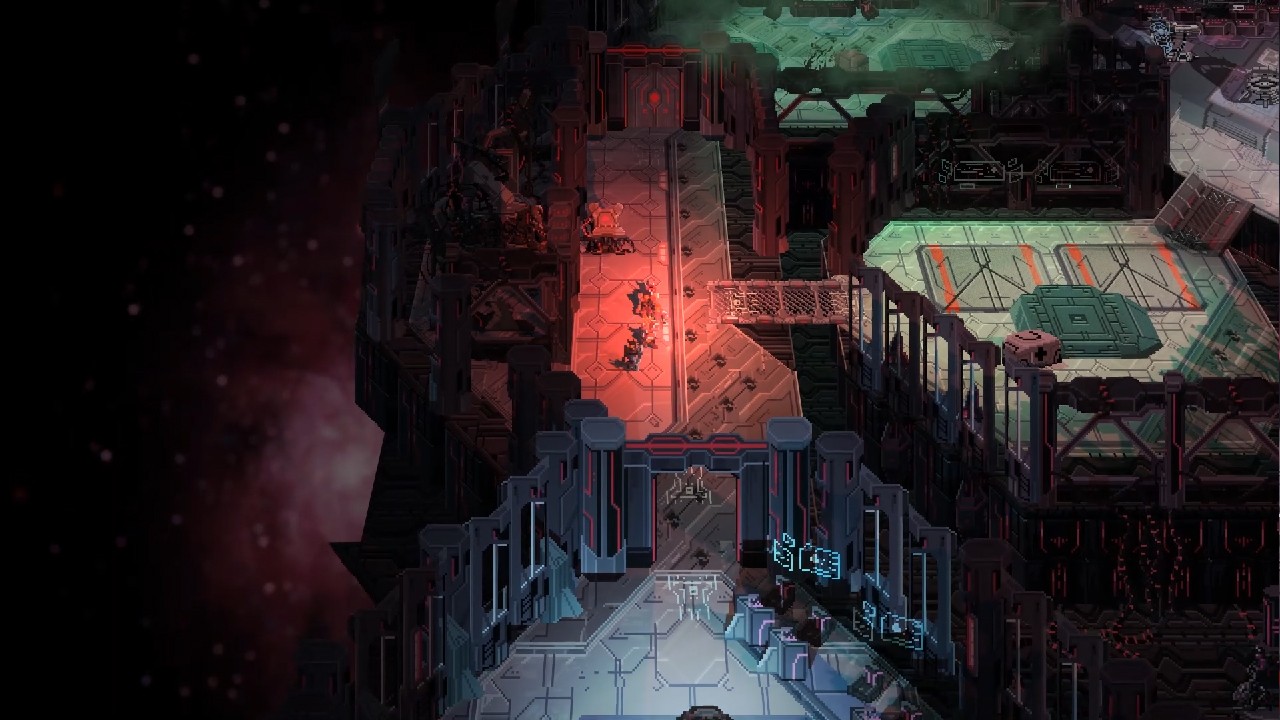 In terms of quality of life additions, Star Renegades is a dazzle and hits the nail on the head in ways that particularly appeal to me particularly in games of this genre. I’ve been bothering with turn-based RPG titles for a long time that test my patience with their slow systems of battles and ridiculously repetitive animations or, even worse, mandatory and with no option to jump. I simply abhor arbitrary decisions like that in this type of game, and for that I congratulate Star Renegades for thinking of people who like agility by adding a fast forward option – also with the possibility of being automated – in each action performed, be it the enemy or playable characters.

However, not everything is flowers, and Star Renegades becomes something a little uncomfortable in the moments of walking on the map and in the way of approaching the plot in general. The journey between distant locations works in a kind of semi-open world from the beloved Final Fantasy – the pixel ones -, but fortunately without random battles. The zoom-out is applied exaggeratedly, making the characters look like small ants or fleas walking around the scenario. The way to access the environments is made through zones, which need to be released with action points that make time pass. Once night falls, it’s necessary to camp with your party and have a good time by raising their relationship by using cards acquired in battles or on the map itself, in order to improve the level of friendship between the characters and unlock temporary effects that are used during battles. 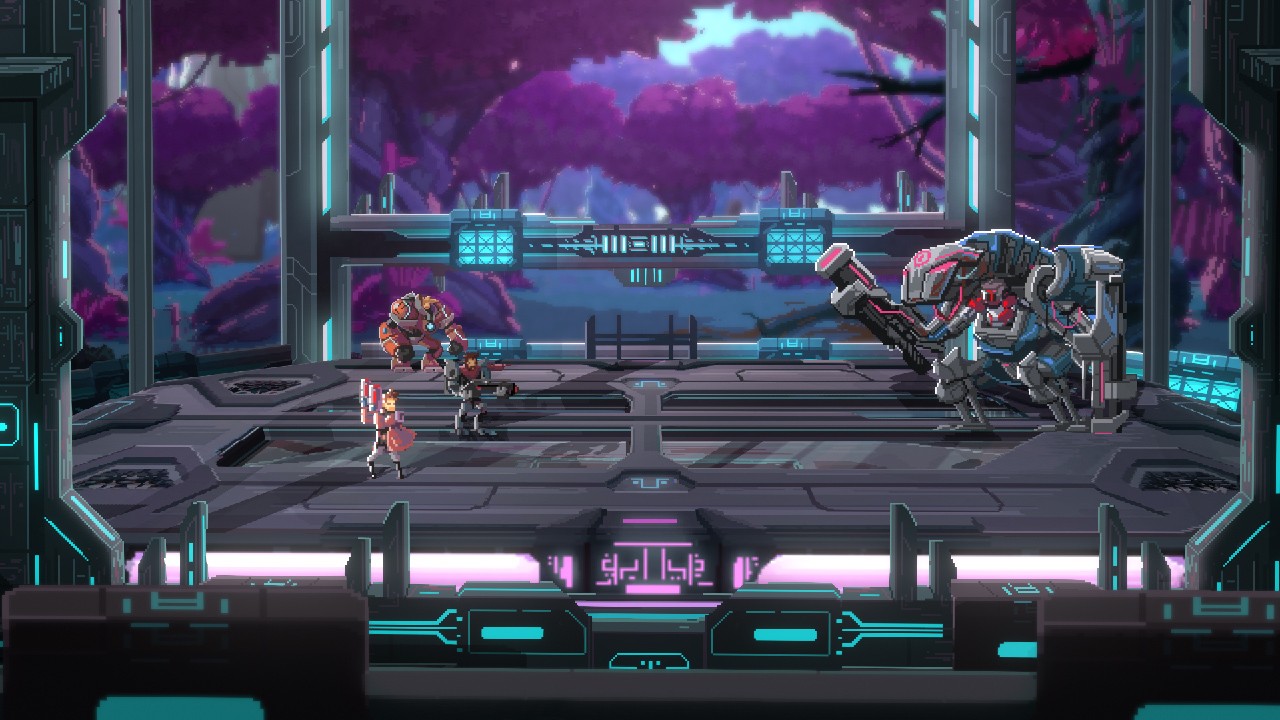 On the map there are also enemies waiting for the player’s interaction before a battle starts. There are also several items out there that serve as equitable, healing stuff and similar. The previously mentioned nemesis system is found in a menu called Imperium Throne Room, which is represented by a huge chess-like room with several enemies – and their respective listed weaknesses – that must be defeated throughout the game. If the player is defeated by any of them, they can become stronger in the next confrontation.

When it comes to the rogue-lite elements, Star Renegades sends the player back to a kind of base once the death of all the characters and battle takes place. When you get there, it’s necessary to choose between three characters to return to the map again and continue the progress. The biggest problem is that the characters go back to level 1, and that’s terribly frustrating. Star Renegades also fails because there is no option to turn off this type of functionality quite present in the rogue-lites nowadays, at the same time also not offering different levels of difficulty and even being unfair in certain battles. It’s a good game, at the end of the day, but it leaves to be desired in terms of accessibility and too many systems to keep up.

Star Renegades is a good game at the end of the day, but it leaves to be desired in terms of accessibility besides having too many systems to keep up.