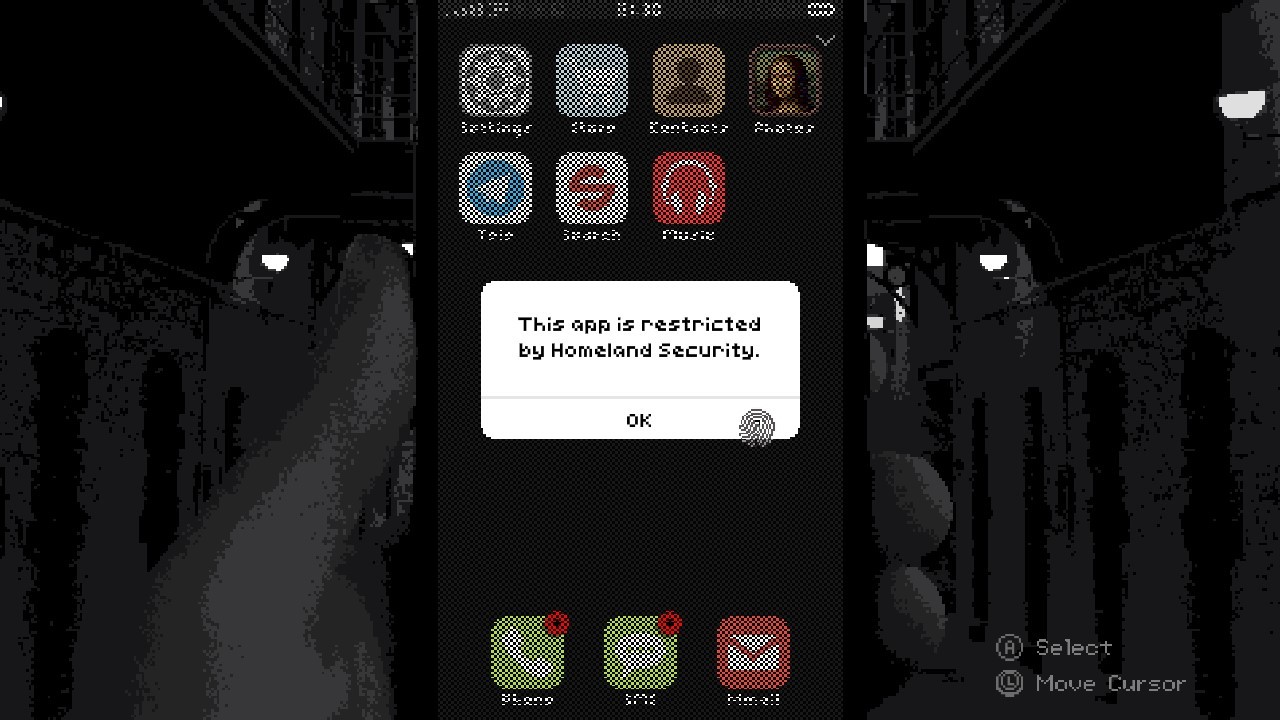 I’m really on the fence if the entire perspective of a totalitarian government spying on its citizens and controlling every action you make is either terrifying or exhausting. On the one hand, we’ve been forewarned of something like this for decades now, with the terms “Orwellian” and “Dystopian” being presented in direct conjunction with the actions of big businesses and our different legislative branches. On the other hand, when everyone actively serves up all their information on a silver platter to the highest bidder in order to be in the public eye, it gets downright exhausting. So when a developer takes another swing at the “found phone” game approach and tries to add a Homeland spin to it, I was pretty jaded to begin with. Pixel developer Somi does, however, take some interesting swings with the approach, so the journey through the short visual novel Replica is an interesting one, to say the least.

Darkness. You awaken in a room, somewhere. You have a phone, but it’s not your phone. You scramble to use it for something, anything, and call 911. However, you let it slip that you’ve been detained by Homeland Security, and suddenly the operator needs to pass you off to someone who seems to know EXACTLY who you are. Apparently there was a terrorist attack, and hundreds of people have been swooped up in a massive net to try and find out what’s going on and if anything is coming next. You’ve shown your innocence, but your conviction is…lacking. You need to help out Homeland if you want to see daylight again, and that’s where the phone comes in. Some teenage kid decided to be smart and refuse to unlock their phone, and certain metadata indicates that he could be connected to something bigger. Using the powers of your sweet deduction and randomly poking around, you’ll either prove this 17-year-old is a budding terrorist or a fellow innocent, but one thing’s for sure: you’re definitely in a messed up situation.

Replica is a visual novel variant that puts you to task to explore this phone and find out exactly who is the dude who owns it and what’s going on. Through several different applications, you need to examine old and incoming information to deduce different outcomes and ideas, including inferring passwords, security codes and secret messages. As you poke around, you’ll be presented with choices and options as to where to point the fingers, including to point them in no direction in particular, which definitely won’t piss off the agent who’s watching over you. There are a lot of endings – like, I’m still finding more of them – though some of the most obvious and straightforward ones should be found in approximately an hour or less. Yes, dear reader, this is not a long game. Not by a long shot. 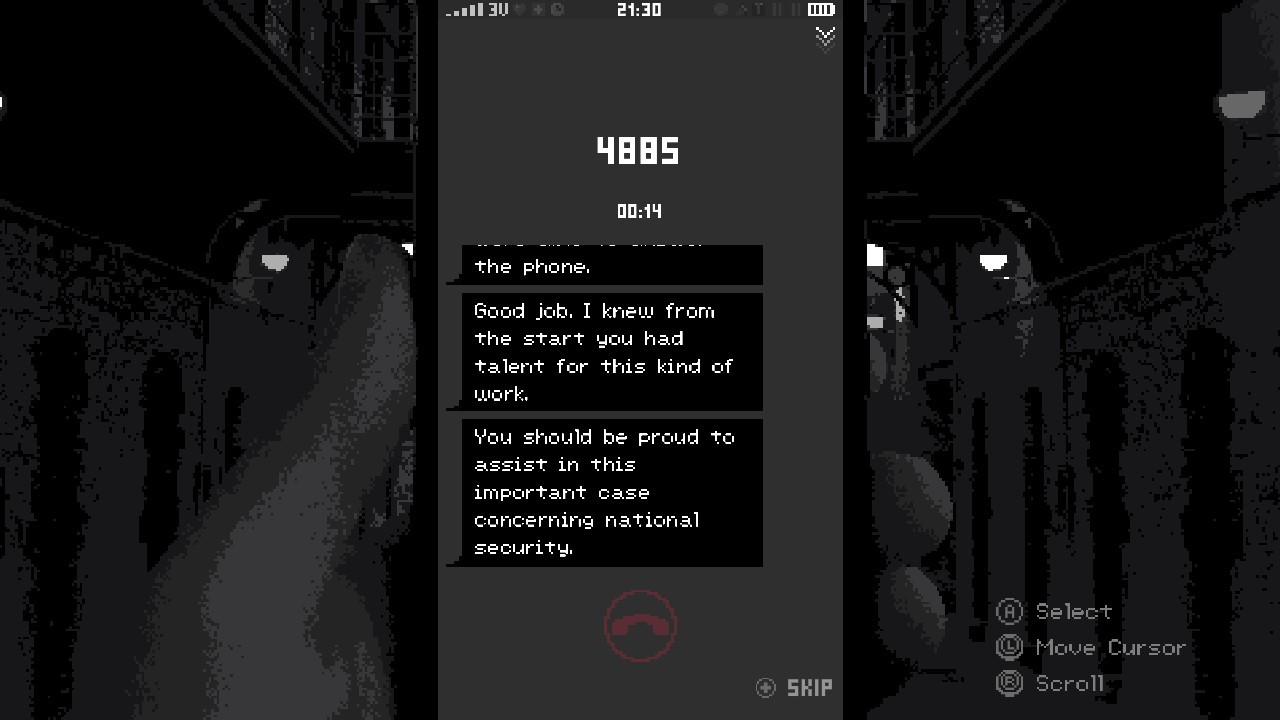 The good points is there is a certain charm and intrigue to Replica that makes it worth exploring, particularly at a low price point. The ambience and design of the game is really nice: the soundtrack by Zero-Project holds enough menace in the air to make your life feel hopeless but driven. The phone has enough goodies hidden within it to provoke you to look deeper and go further. It wasn’t until my second or third time that I realized the settings might be more than just for the game, but have some bearing on the gameplay as well. You need to really look around in order to discover things: examining metadata, inferring clues based on different ideas, and picking and choosing the when and where to input different information. The use of the covert To-Do app as a secret Homeland Security backdoor is cool, and it helps to give form and shape to the game.

For the most part, a lot of the puzzle-solving in Replica is intuitive and almost procedural. Very rarely will people come right out and give you the next step through text or message, but they’ll set you up and allow you to move the rest of the way. For example, seeing someone’s text that says “Tomorrow is your birthday!” allows the player to figure out that the phone’s owner set the password to their birthday, and they need to add one to the current phone date in order to make it happen. This is how the game moves things forward in the direction it wants you to THINK you need to do. However, more and more of the game begins to unravel a more dynamic exploration of both what information you get and what to do with it. One of the best examples I can think of is the pink text that appears when your Handler occasionally speaks to you (usually right before a game endings). While it might seem like an arbitrary string of nonsense, it’s actually Morse code, and you need to get several coded lines to then translate into numbers to unlock a totally different ending and part of the game. Which is a pretty obtuse and obscure way to find any sort of information, but that’s the joy in the full exploration of Replica. In fact, I would say players who are willing to sit down and really start to Beautiful Mind map the whole ordeal are going to be the ones who get the most amount of joy out of this game.

This, in turn, creates a doubled-edged result for Replica. On the one hand, the journey of finding all the possible twists and turns that could result in an ending is a thrilling one, particularly because the endings outside of what I would consider the standard four are really outside the box. Of all the places to find a Matrix reference in 2020, an indie game on my Nintendo Switch wasn’t even in my top ten choices. It’s cool and funny and really a joy to discover how bonkers some things go (especially with a reference to the classic puzzle game Please, Don’t Touch Anything). On the other hand, the second we go well outside of the narrative like that it defangs the foreboding that comes along with the subject matter. When it started, it had that level of uneasiness and borderline fear that I would associate with some really good political thrillers. But, as soon as we really started to go off the rails, the whole thing deflates. Particularly when you realize that everything is set in stone and there isn’t any reason to backtrack or even play the game again. 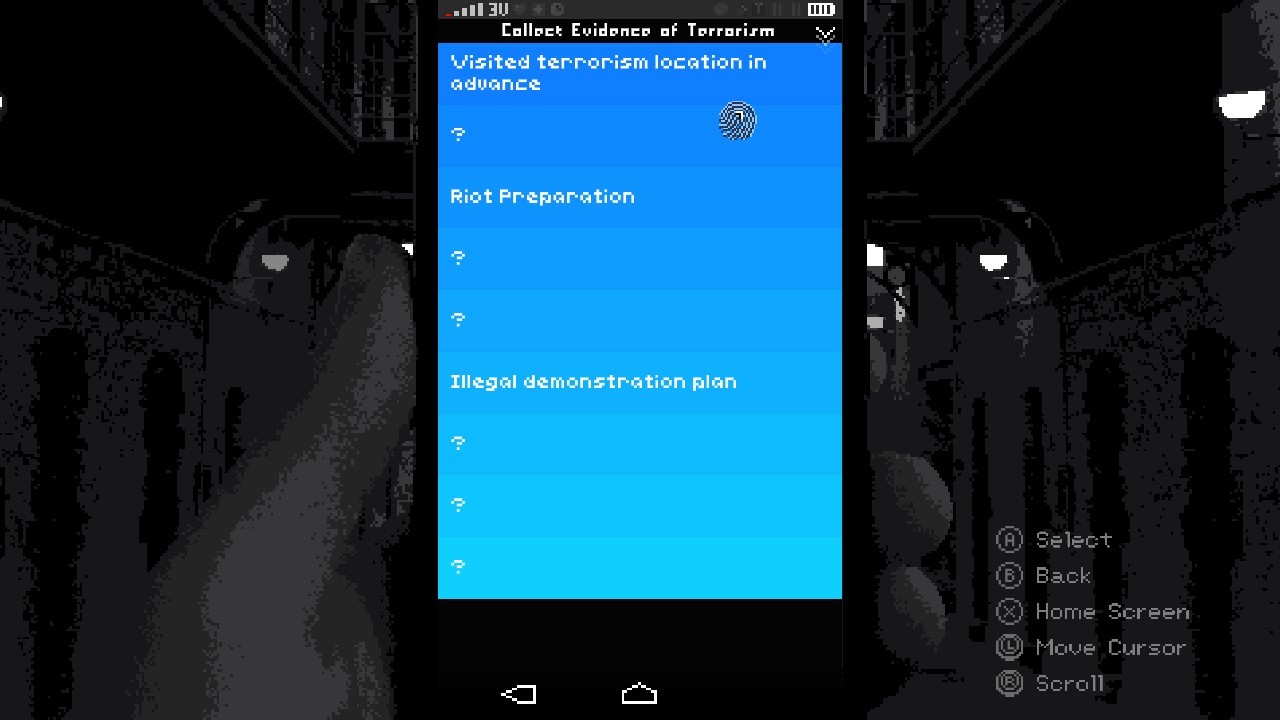 This was the same issue that I took with Lost Phone and the sequels. Once you know the numbers or locations of the code, there’s no reason to go back down that road anymore. Hell, I turned off the game at one point and, when I came back, there were fingerprints on the lock screen to gently remind me what the password was. The information about what your password for the Facebook-like account is doesn’t change, so all the deep diving and social engineering you need to do is a one-time effort that pays out infinitely. While this does help with getting to the different endings faster, it also makes it easy to put so much of the experience in the rearview as you rocket towards the next ending. There is a great deal of variance in the endings, and I loved seeing all the quotes and photos that ties things together, and yet, after a few hours, I was just going back in to see if there was something I missed. There’s no achievement listing in the game (seriously, Nintendo?), so I just had to keep on moving forward to see if there was something more. There might be still, I have no idea.

The last note I’ll make is that I wish Replica allowed you to rotate the Switch’s screen. The touch interface works great and, in many cases, was better than the mouse cursor, so just throwing the game sideways and letting players interface like it was a real (really big) phone would have been optimal. But, having said that, Replica did deliver an enjoyable if short tale, one that made me interesting and unsettled right up until I made my phone start farting. If you have the patience and don’t mind the lack of voicework (everything is written), this is a well-crafted narrative on the state of personal freedoms and what could happen to innocents when the time calls for draconian control. Enjoy, but you have been warned.

An exploration of the ideas of freedom and perceived terrorist through the eyes of an innocent man, Replica uses pixel art and puzzle-solving for a grand story.