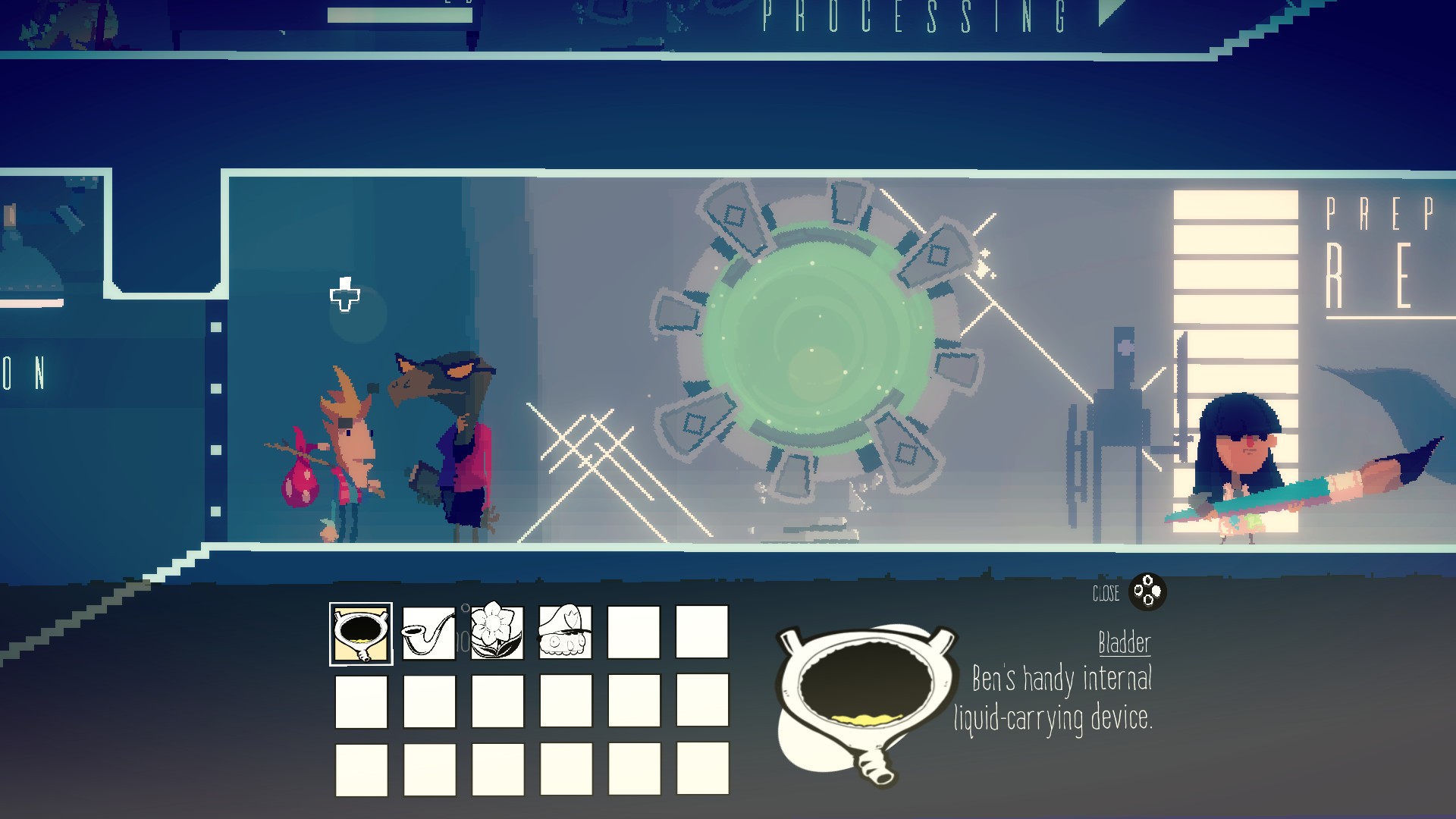 Are gaming audiences getting smarter? Who knows, but one thing is for sure, there’s a countless number of games out there to choose from where game theory is getting like film theory with paint-by-numbers structure: it’s a Metroidvania so it must have x, y and z. A ‘retro’ title so much use an 8/16-bit aesthetic and 8 directional controls. It’s good to understand the rules as it also makes it easier to break them, and Lair of the Clockwork God is a title that takes two solid gaming genres and unites them into an incredibly self-aware experience that is both refreshing, but at the same time, a little exhausting when it continually breaks the fourth wall.

The developers, who appear in the game, clearly know their subject matter as both genres are portrayed by Ben; representing the point and click adventurers, while Dan is the platformer full of zest. To progress in the game, you have to work together and play on each of their strengths. Ben, who would probably best reflect my stance on gaming is incredibly stubborn; refusing to run or jump and meticulously inspect and interact with every single item within site. You know, those types who look at everything at a market but don’t buy anything. Dan, on the other hand, is the energetic one, scouting way ahead of Ben jumping over spikes and triggering traps. In reality, the pair work well together, complimenting their strengths and weaknesses.

But the best part of this friendship is the dialogue. Entirely text-based, there’s no voice acting here and the sound effects of them speaking are mildly annoying, depending on your stance. This is pretty trivial as their conversation is often intelligent, witty, and more often than not, cynical. It’s a very British flavour and may perhaps resonate more with cynical Brits of a similar outlook. 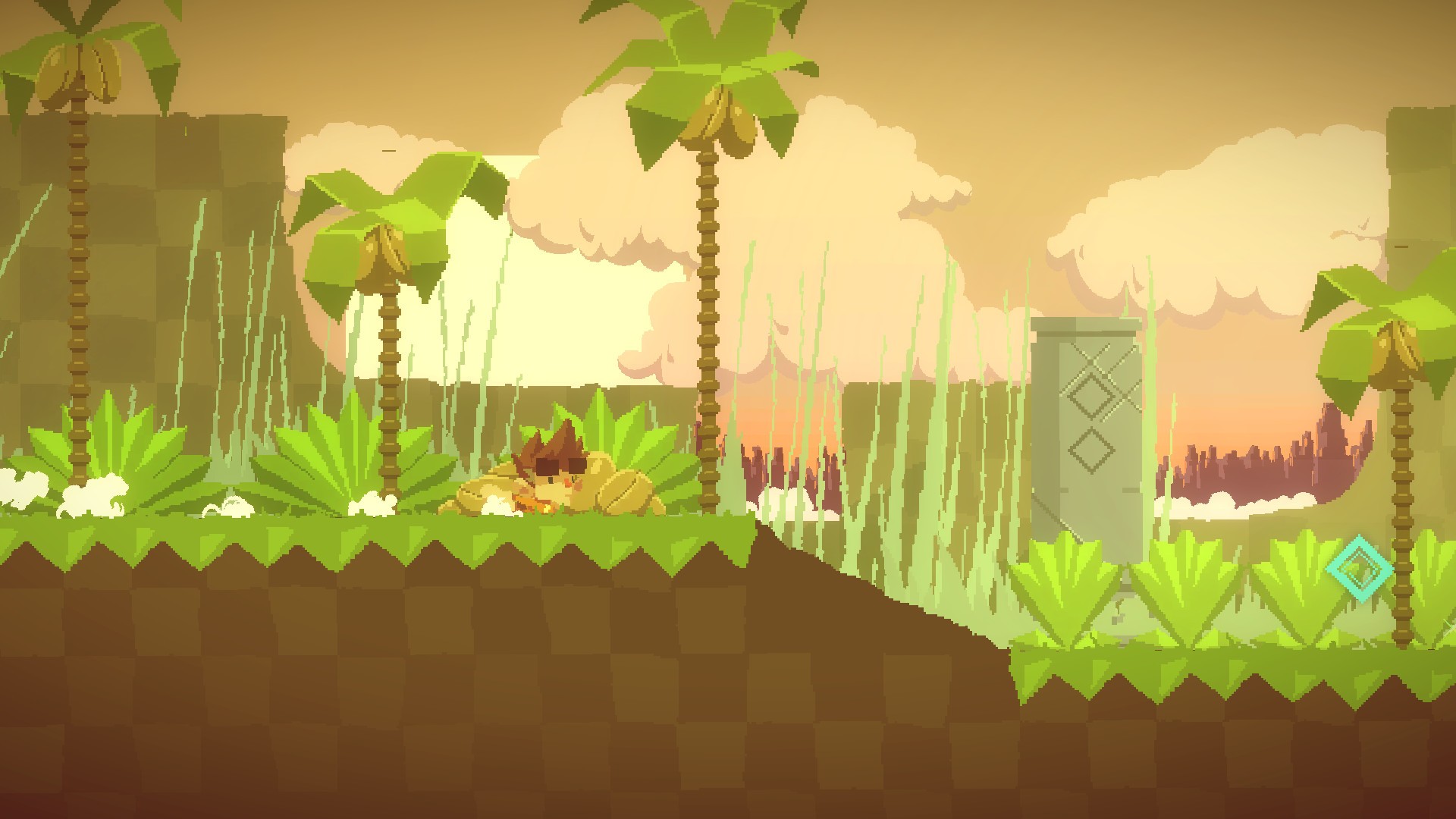 In some respects, the cynical side does go the extra mile where you often question whether the developers are making fun with fellow gamers, or sometimes of them. Regardless, Lair of the Clockwork God is enjoyable enough to not read too much into it, even if some of the banter is a bit in your face such as the motivation to save their friend from cancer because it’s a relevant motivation.

As a fan of point and click games, I would typically have said Ben’s part of the adventure was more my thing, but based on the level design (which is pretty absurd with funky locations), Lair of the Clockwork God is better as a platform game – even if you do need the other to help you reach certain areas. The controls for platforming is relatively tight, and initially, it’s a bit run of the mill in terms of gameplay and if it weren’t for the dialogue, pretty forgettable at the start. However, progress further and the platforming is much more ruthless, resulting in frequent deaths, which don’t interrupt the tempo, that it makes up for the earlier levels. Despite the pair being somewhat of an authoritative body on point and click type games, that part of the game isn’t as ridiculous as it’s peers and often the solution is reasonable enough, but expect some backtracking – both genres are to blame for that one. 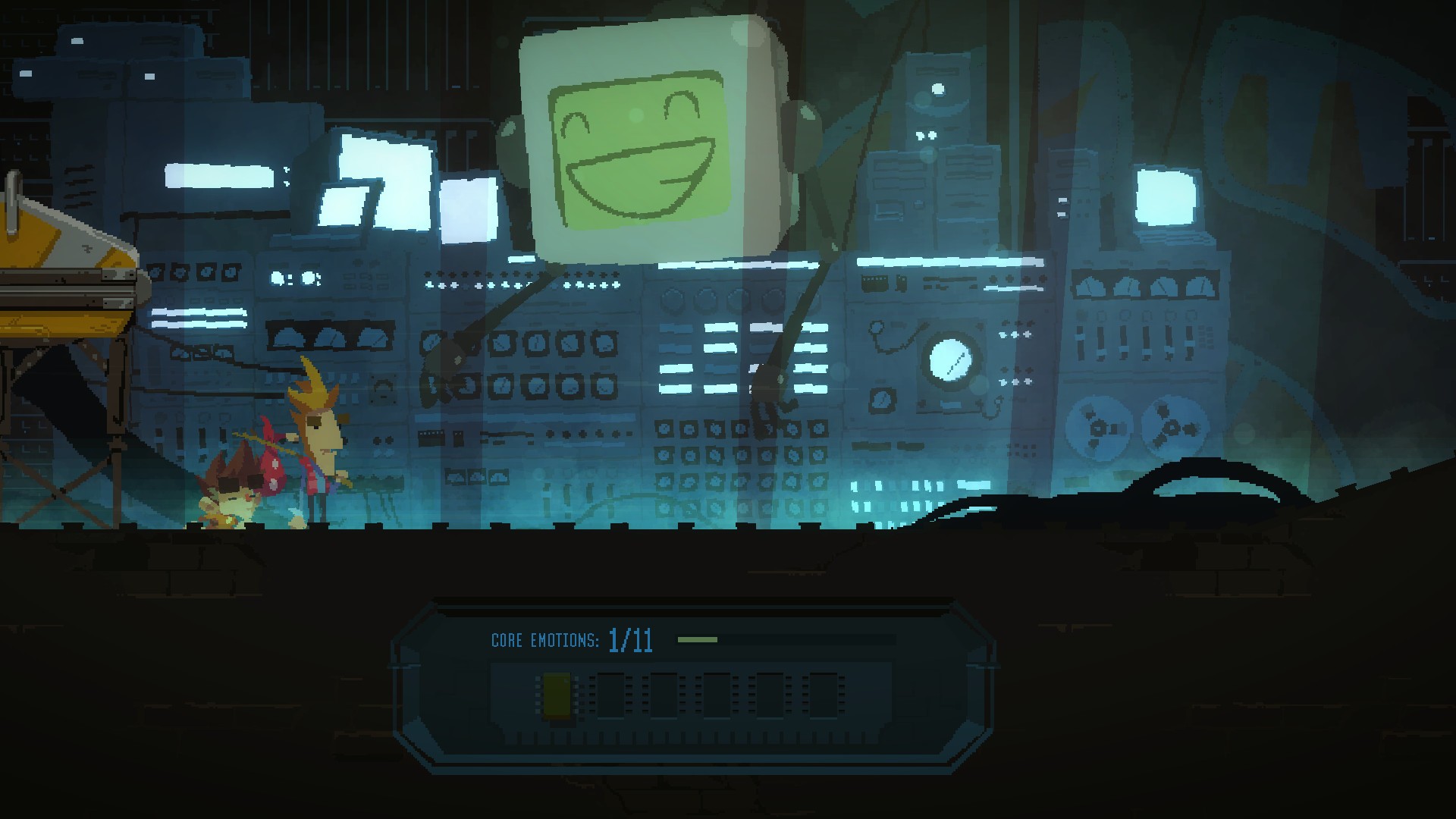 Visually the game is very nice. I particularly liked the character design for both, with Ben appearing to be as laidback and as stubborn as his dialogue would have you believe, Dan a bit more hands-on. A literal in this case as he has some fists that’ll make Donkey Kong blush. The strength of this game, however, is the relationship between the two and the writing. The reason it’s so good is that the duo is being themselves and not just their namesakes.

As previously mentioned, it’s quite a cynical approach, and at times, it felt like it was targetting gamers as well as the developers. I couldn’t care so much, but I’m sure this acute self-awareness would annoy some. One highlight was the opening titles. With many games, you get the splash screens for Unity, epilepsy warnings and the like. Like most, I ignored them at first but then realised they were going on for too long. Reading some of the titles made me realise that they were joke companies. For the first few I read, they were a little too juvenile, but by the fourth, I was giggling like a schoolboy due to the frequent bell end references. Clearly, someone has been given free rein, and it paid off.

Lair of the Clockwork God isn’t likely to inspire other developers to fuse the two genres again as it does feel a little gimmicky. While the visuals are very nice and all, the overall gameplay can be a little clunky at times – something the devs are aware of as the menu even says they’re working on it – probably the first time I’ve seen something like this on the title screen, but proof that these guys care about their audience. Easily though, it’s the relationship between the two, and it’s worth pausing every once in a while to finish out the banter between the two before playing as Dan and steaming ahead.

A point and click and platform fusion, Lair of the Clockwork God is an interesting take on the genres with some fun set pieces, but the highlight has to be the often hilarious writing and exchanges between the lead characters Ben and Dan.