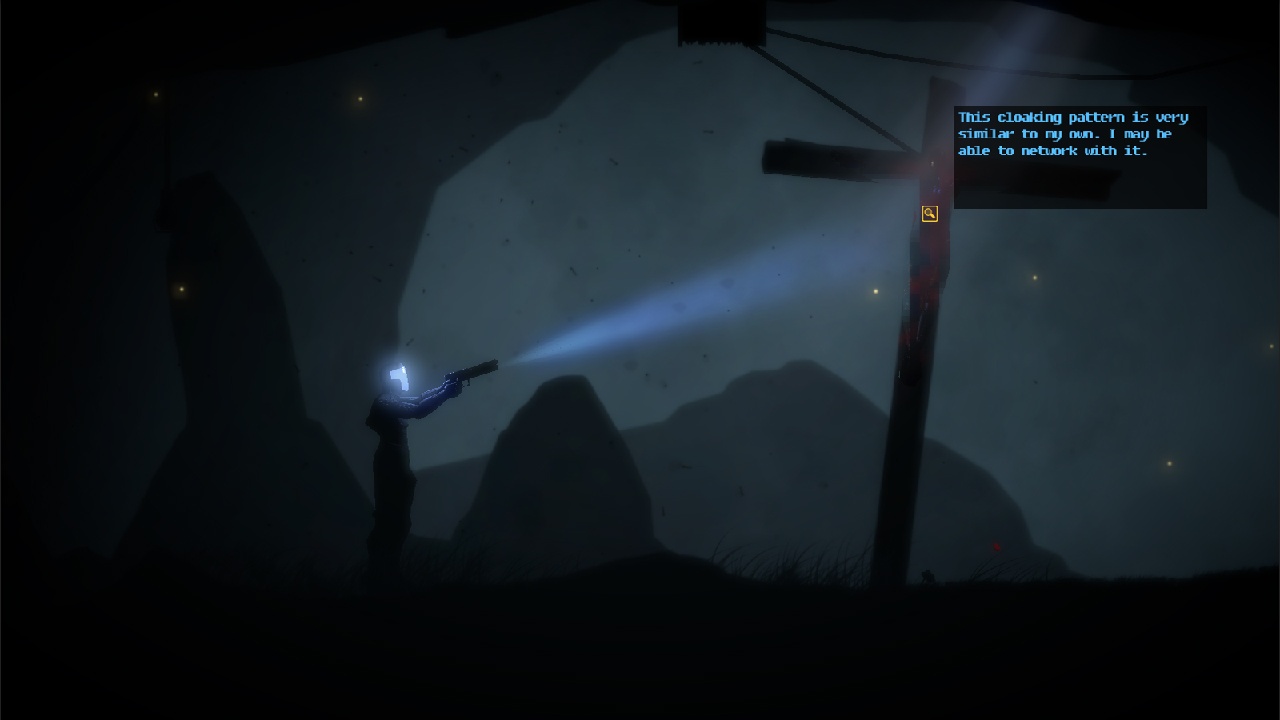 Console re-releases are a tricky, sticky situation to get into. On the one hand, it’s nice to offer a look back at where some games developed their roots, and to appreciate mechanics and ideas that worked well in earlier iterations but clearly wouldn’t succeed in sequels. On the other hand, when you have something like, for example, Smash Bros on the WiiU, and the option to get the original on the N64 comes along, you cannot hope to compare the two in terms of technique, style and delivery, So re-releases almost feel a bit niche…unless you can bring some kind of new content with the old. Which, thankfully, is the situation with the Switch version of Over the Moon’s The Fall.

We reviewed The Fall Part 2: Unbound when it came out some moons ago, and the experience was certainly an exciting and engaging one as we followed ARID’s quest for rescue, revenge and, ultimately, redemption. I praised a lot of the changes that happened in the sequel, including the expanded world, the sliding difficulty scale that incorporated combat, and the darkly humorous aspects that were injected through ARID’s pride and personality. So, having said all that, if you didn’t enjoy Unbound, you really shouldn’t play the original. There are some flaws that exist here, but, more importantly, you already know the plot. Unbound was generous in giving a quick but meaty flashback for first time players, and the big reveal of the original The Fall is immediately spoiled. Don’t come back to the first one for the story, come back for the story behind the story, 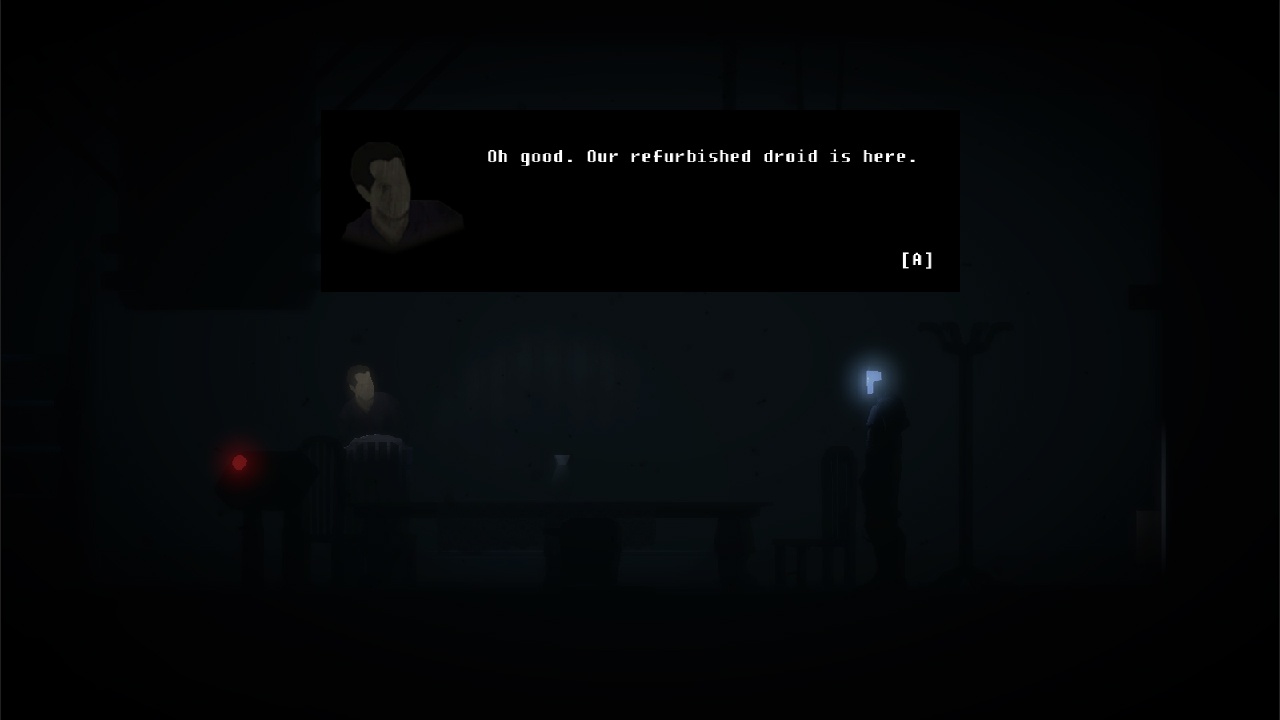 As you may or may not know, The Fall takes place somewhere out on an alien world, where ARID, an artificial intelligence suit, has crash landed and fears her inhabitant, Coronel Josephs, is hurt or worse, as he is unresponsive. ARID must now work out how to essentially override her own parameters and restrictions to operate the different abilities of herself independently: that is, she has to override protocol through any means and loophole necessary. Throughout her journey of self discovery and preservation, she’ll engage with a small handful of characters and explore a number of different areas and terrains. If you haven’t played either The Fall or Unbound, this is definitely the place to start as it’s rife with intrigue and some really poignant moments.

Now, as a standalone title, The Fall still holds up as a fantastic experience, albeit short in comparison to it’s sequel (you can finish The Fall in under three hours, maybe two with some practice). The atmosphere of the game is sufficiently dark and foreboding, with chinks of light and sometimes almost absurdist situations. Like all great games that rely on darkness to help provide some story, there is an adjustable light meter during setup, something that was suspiciously absent in the WiiU release. Oh, and, just as a technical note, this runs so, so much better than the WiiU release. You know how you were totally okay with standard definition television until you got HD, and now you can’t stand SD? That’s what playing The Fall on the Switch is like. Another nail in the coffin of my poor, beloved WiiU.

The control scheme hasn’t changed a lick, which is alright, as my fingers are used to it from Unbound. Most of the time is spent using your analysis ray/light to find and investigate things, developing new connections and pathways to allow protocol to gradually be unlocked. With each protocol defeated, ARID gains new abilities and skills, allowing her to move deeper into the belly of the beast and reach the base where she believes Josephs can be helped. The voice of ARID is present here, and, again, her slow shift into sentience is much more subtle here, but still noticeable, and it’s a great testament to what solid voice acting can do. 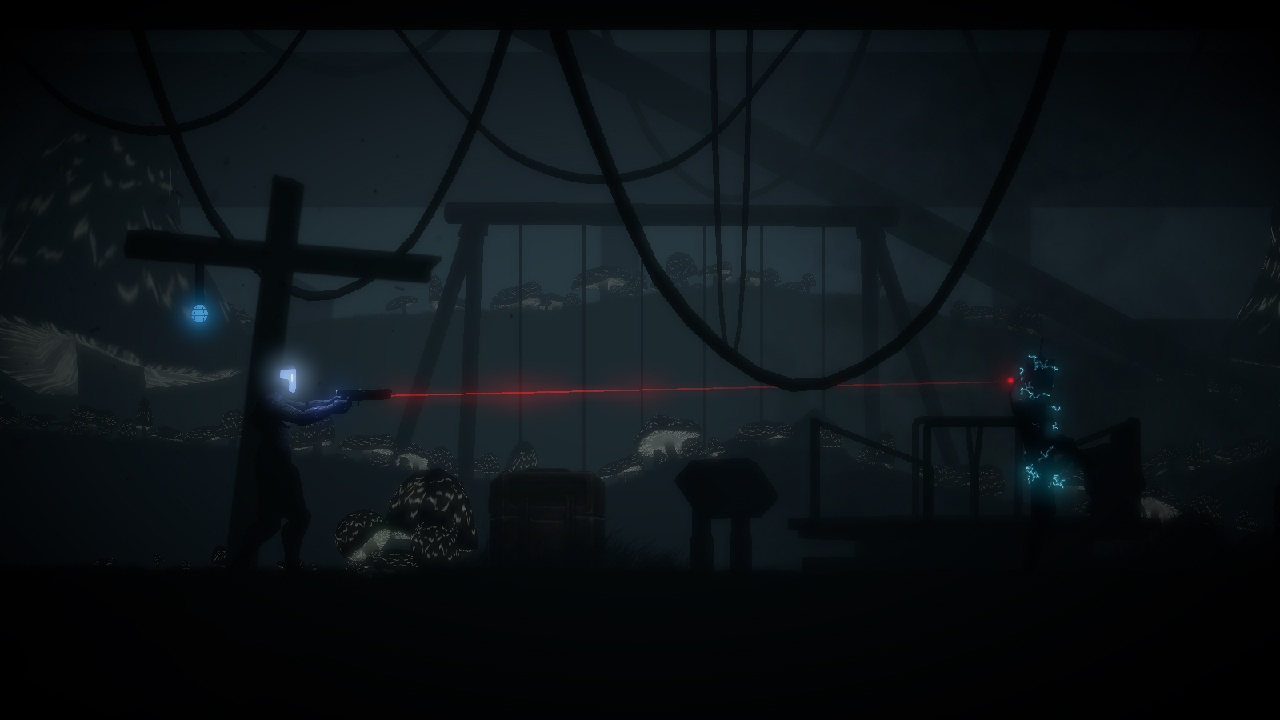 If you’re genuinely not sure why to pick this game up on the Switch, I only need to point you to one small, important toggle in the settings menu: developers commentary. This was an amazing find and something truly special that I haven’t personally seen in games before. Toggling on the commentary creates interactive points of dialogue that spawn throughout the game and gives you audio from the Over the Moon folk about the thoughts, feelings and decisions that went into the game at dozens, if not hundreds of points. This alone is something that extends the length and replay of the game for any avid fan, and I was seriously fascinated by the insight given. Due to how the pacing of the game works, you can safety interact with almost all the commentary bubbles without fear of getting killed by an errant trap or patrolling foe. If this is your first time to play, DO NOT turn on the commentary. You will absolutely be distracted by it, because, once the audio starts, it doesn’t stop until the clip is finished or you accidentally turn on another. This is meant to draw attention and let the gameplay be background, so please proceed at your own risk.

The Nintendo Switch is looking to bridge the gap between the loyal and the newcomers by bringing over as many WiiU titles as it can, and I do appreciate that to an extent. But, moreover, I appreciate the little bits that are being added in to make the games more appealing for people who actually bought the WiiU. Bayonetta 2 runs much better, Donkey Kong had some Funky Mode, and now The Fall has better load times and director’s commentary. If you were fascinated by ARID’s Unbound performance and wanted to know more about what drove her to that point, it’s worth delving into The Fall. It may be short and slightly dated, but it’s still a fantastic play from start to finish.