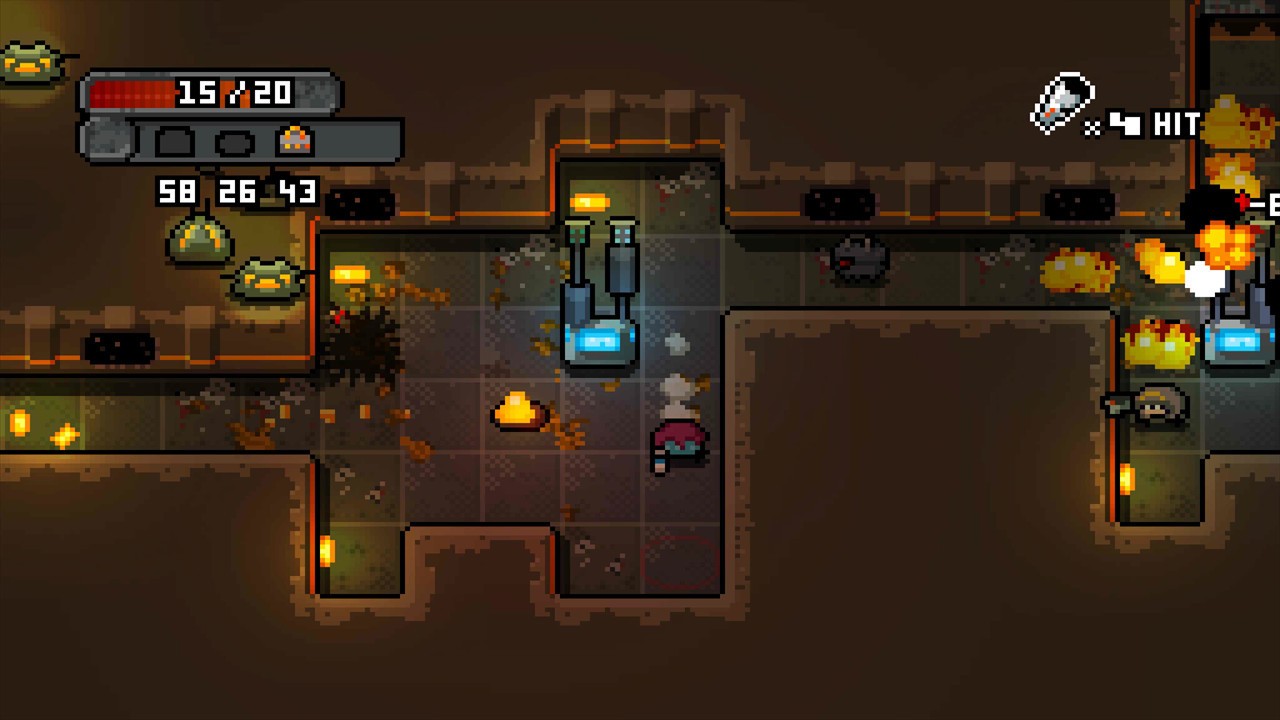 Have you ever wanted to go into the future? The chance to see how everything had changed, the ability to see how technologies developed. It would be like ‘Futurama’, but hopefully you wouldn’t be living with an emotionally unstable robot.

Developers OrangePixel has given you the chance to see the future through their game Space Grunts. The year is 2476 and you’re tasked with helping people that have sent distress signals across the galaxy. You will need to battle robots, scary space aliens and security drones to figure out what’s gone wrong. In the beginning, you get the choice of three characters, each with their own strengths and weaknesses. As you progress through the game you will encounter more enemies and boxes containing health and ammo will get fewer and farther between. 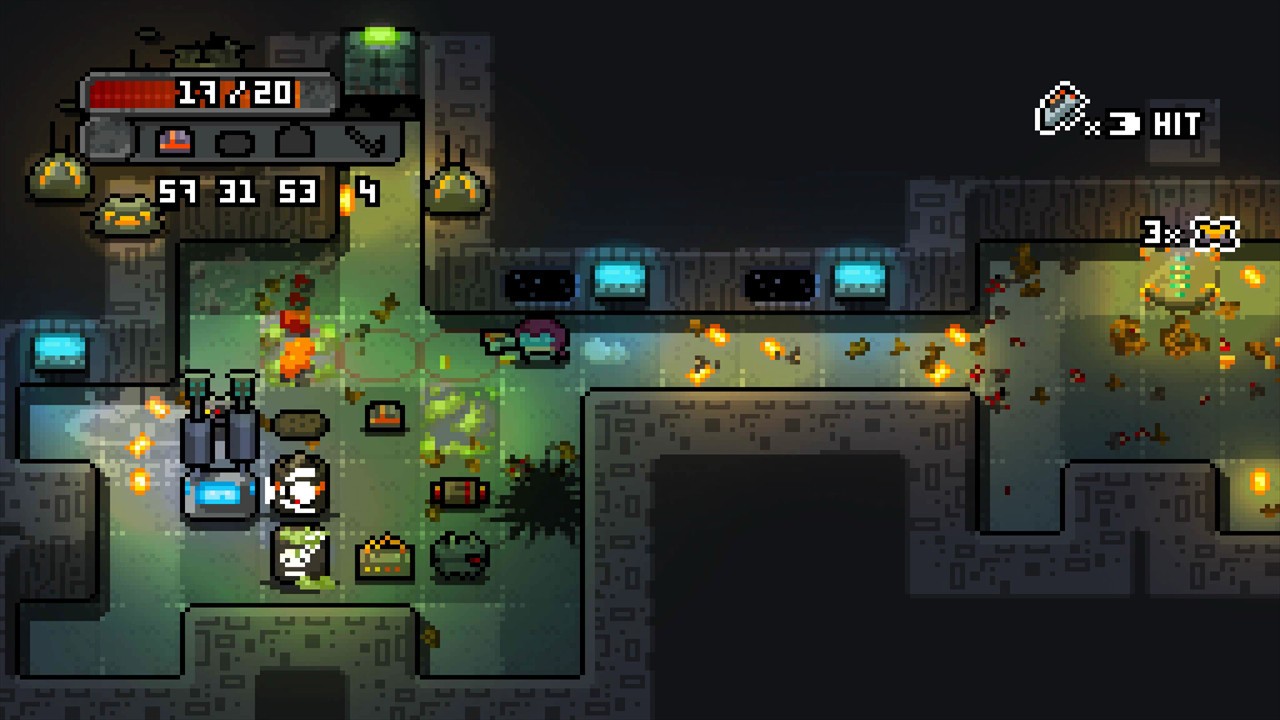 The game is grid-based and each time you move, your enemies will do the same. So if you move forward two spaces, that little alien who you’ve been keeping your eye on will move two spaces too. This means that you can play the game at your own pace, you can keep it calm and methodical, or go in guns blazing and see what happens. You’ll learn what suits you best as you play, I discovered that the more I played the faster I got as I became familiar with the controls and gameplay. This also means that the game’s difficulty is slightly up to you, which means that almost any audience can try their hand at this game. The controls were easy to learn, however, I couldn’t seem to actually find a list of the controls, so it might be that you spend the first one or two playthrough’s clicking every button to see what it does. Using the Switch, I played both on the TV and on the handheld mode, and even though I preferred the feel of handheld it still worked perfectly on the TV, and gave everyone in my house a lovely view of my progress.

As usual, I am a massive fan of the art style. Orange Pixel games are well known for their signature style, which works wonderfully in this game. The simple retro pixels give the game a nostalgic feel, and the music also compliments this well. The game sometimes reminds me of the Binding of Isaac games, with the randomly generated level designs and roguelike structure, as the game makes it so easy to jump back into another playthrough. The game is also fair, though I did have run-through where I ran out of ammo or health, if you play clever enough there is always a way to defeat the enemies and make it to the end. 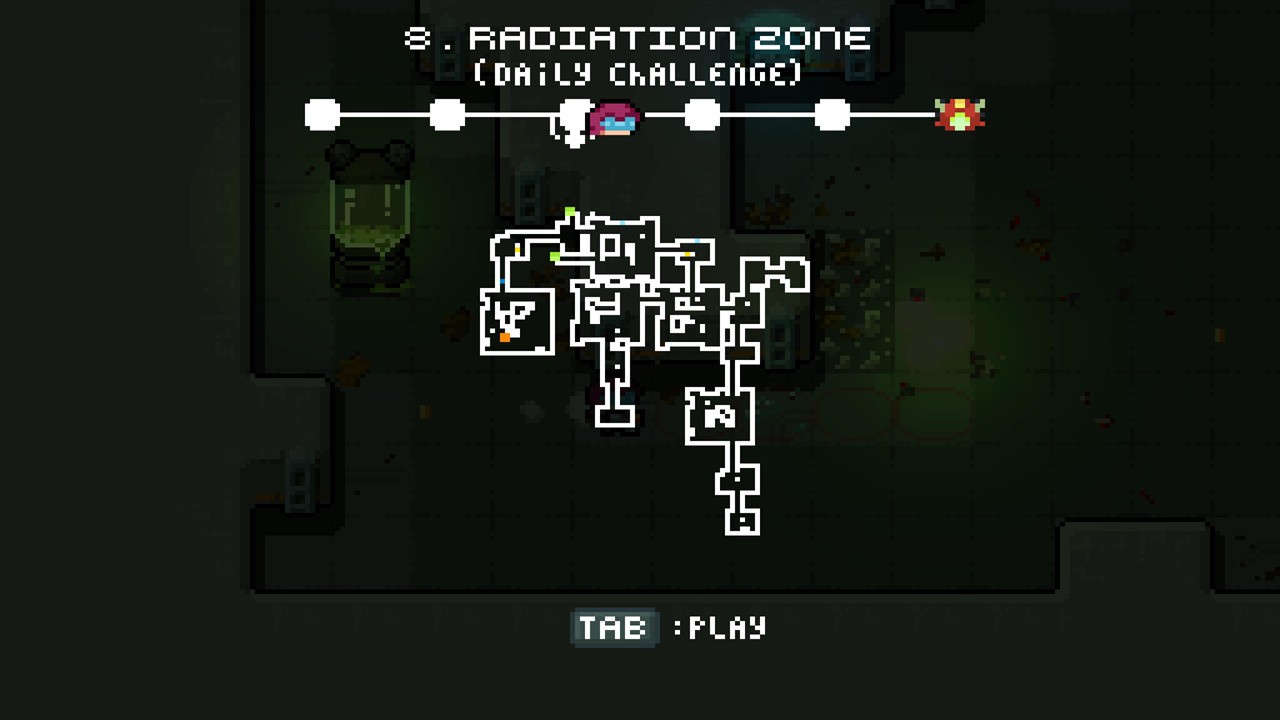 The replayability of this game is also very high, as I found myself going back again and again at the beginning when I was still figuring things out, and as I got better I just kept wanting to beat my old score. You also can unlock more items and characters as you play, so for any of the completionists out there this could be a great way to spend some of that lockdown time.

I was shocked at how much I enjoyed this game, but I found it really charming and enjoyable. For anyone who’s a fan of turn-based or roguelike games, I would definitely give this game a try. And if you’re new to these genres and you’re unsure if this game is for you, I think that this is one of those games that anyone could enjoy, as I thought that every aspect of this game was fun and unique. Give it a try, lunar rather than later.

An enjoyable strategy game for lovers of roguelike or the turn-based tactical genre.