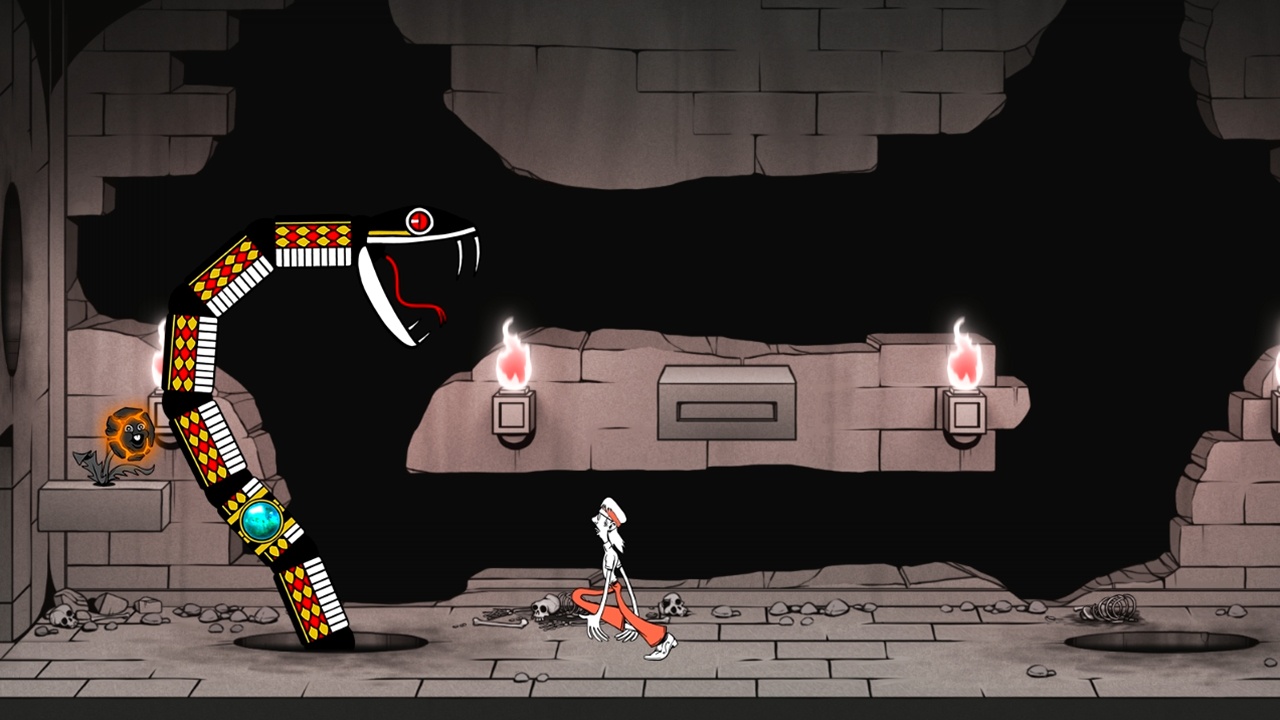 Super Daryl Deluxe is a game with many likable qualities, no doubt the result of the work put into it by its developers Dan and Gary Games; a duo consisting of an artist and a programmer, the game is their first with a successful Kickstarter campaign under its belt. The enthusiasm shared by the two is blatant in the games positive aspects, but unfortunately there are prevalent flaws that hold it back from being the masterpiece they clearly wished it to be.

Set in a high school where its students and faculty are mysteriously going missing, new kid Daryl, in an attempt to become popular, battles through the school defeating the monsters that inhabit it and saving lives along the way. Boasting a fifteen hour story filled with vibrant characters there is much going on from the get-go, but the humour has an issue with repetition; jokes will commonly be used more than once and much of it comes from dialogue that at times can feel stilted. In the opening hours of the game it quickly becomes obvious that most characters only exist in the world to give tips and side-quests, and when they don’t fall under the generic high school stereotypes they are obsessed with the game’s version of D&D, used to explain the mechanics available to the player. 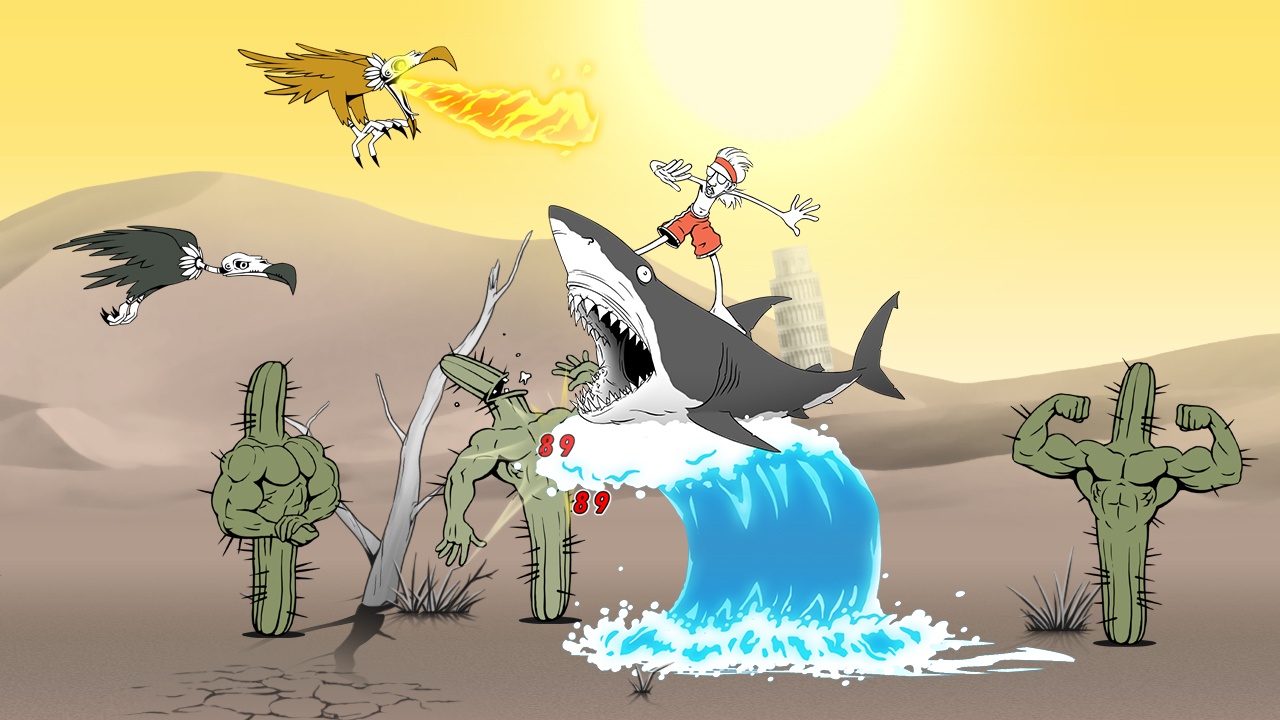 Categorising itself as an RPG with brawler-style combat, Super Daryl Deluxe allows you to choose from over forty skills bought in-game, which can be upgraded and bound to whichever button you choose. In combat attacks have a cooldown feature with some allowing multiple attacks before needing to recharge, but other than visual differences it can be difficult to distinguish what sets attacks apart in terms of usefulness and impact on foes. The game also heavily advises that the player should try to chain attacks together, but the implementation of the cooldown feature and lack of evident difference in attacks makes this focus difficult to understand, with no advantage found in initial fights.

On top of the issues found with the mechanics of the game, Super Daryl Deluxe is surprisingly easy, the AI of the monsters is unintelligent and when it doesn’t cause enemies to simply run around the player character, it gets them caught on objects in the environment when attempting to reach him. While humorous to watch this clearly wasn’t an intended design choice and takes away from the immediate threat that the villains of the game should present. It is also very easy to button-mash the multiple skills on offer to defeat them, especially when using attacks that hit around Daryl rather than just in front of him. 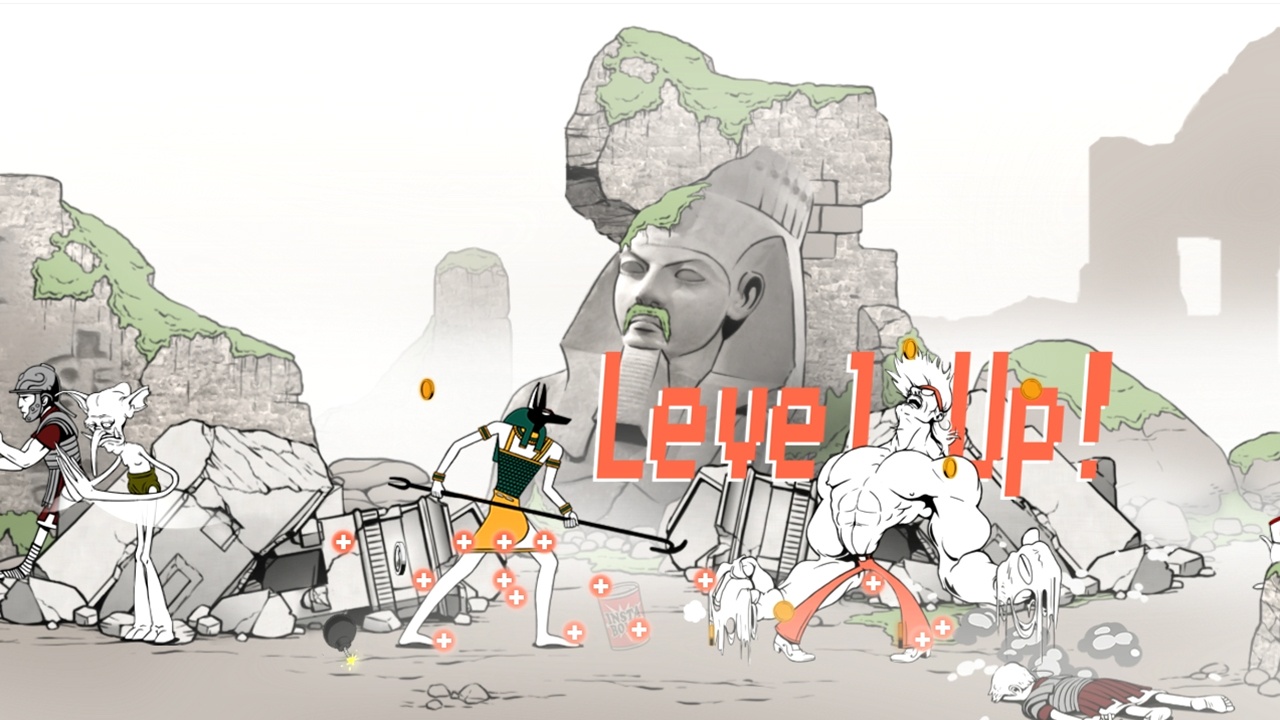 In spite of these flaws the game is not irredeemable: it features an incredibly detailed world with a distinct art style not unlike caricature art, comparable to games like Valiant Hearts or Cuphead. Colours are used sparingly to create a washed-out atmosphere, with the characters receiving outstanding designs and fluid, digitally drawn animations. In spite of an odd-looking jump animation and poses for skills not changing mid-air, this aspect of the game definitely stands out. It is a shame that the music of the game did not seem to receive the same polish; though it is occasionally catchy, it is repetitive and can become grating in some areas.

Online Super Daryl Deluxe has been compared to a flash game and, while brutal, the comparison is understandable. The game has obvious potential for an entertaining and nuanced experience but its lacklustre gameplay and mediocre quests leave it in an unpolished state, barely able to compete with its colleagues on the PS4’s repertoire. If it were given more time in development to iron out its flaws this game could have really shined, but currently it simply exists as a troubled passion project.

If it were given more time in development to iron out its flaws this game could have really shined, but currently it simply exists as a troubled passion project.