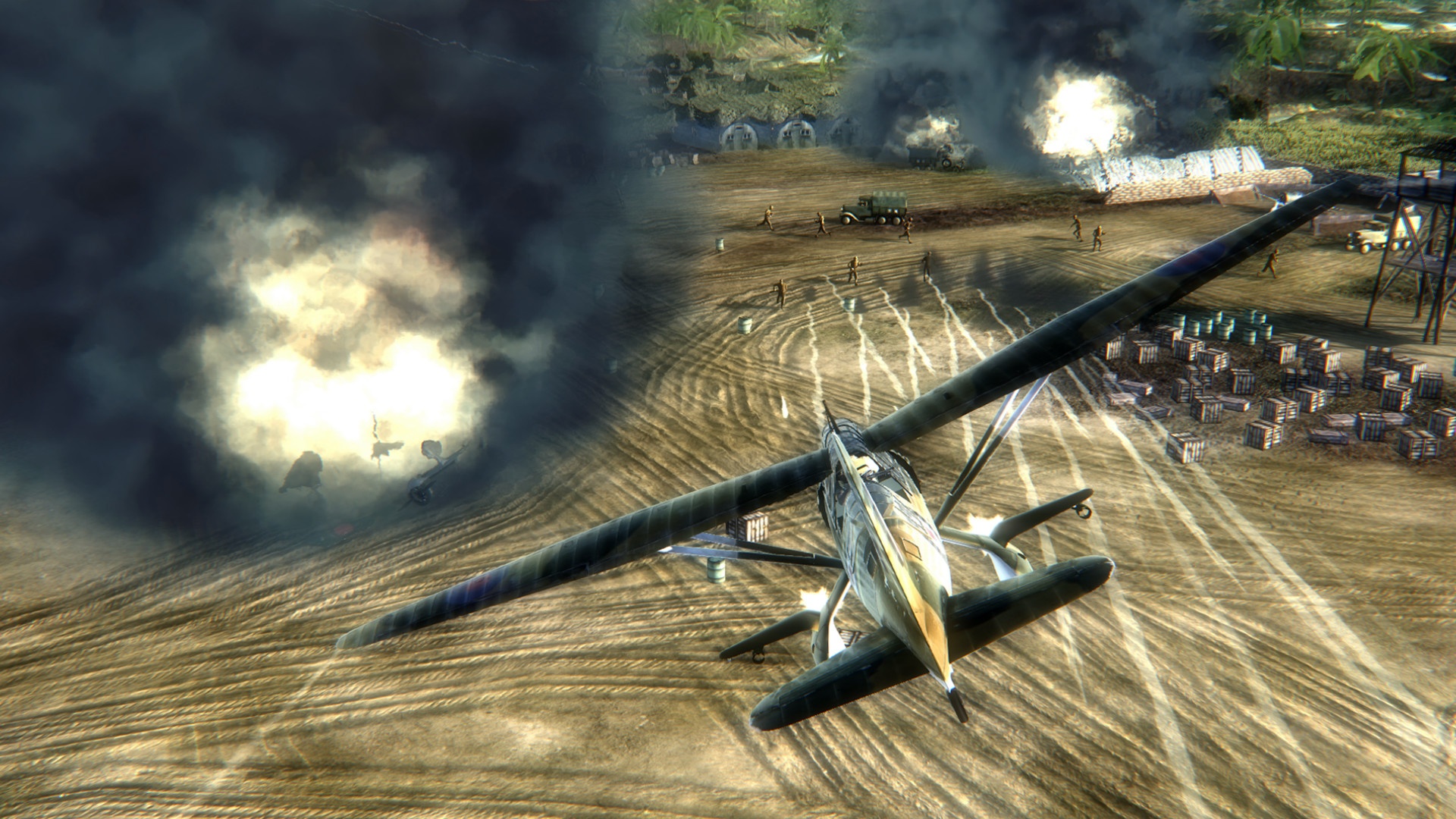 During the turn of the Second World War, the Japanese began a series of aerial bombardments over the countries of China and Burma, as well as other key strategic targets in the area. In order to help turn the tide of Japanese aggression in the region, a coalition of air pilots made up from the British, Australian, China, Indian and American air forces formed together to fight against seemingly impossible odds to reduce the threat of the Japanese attacks. These group of fighters, although heavily outnumbered and outgunned, managed to halt the aggressive actions of the Japanese and their reputation earned them global recognition, as they were to become known as the Flying Tigers.

Developed and published by Swedish developers, Ace Maddox, Flying Tigers: Shadows over China charts the events of the daring missions undertaken by the coalition, putting you in the cockpit to fight alongside the now infamous squadron in the skies over Eastern Asia. The game’s campaign is loosely based on a series of daring raids and sorties that were undertaken by the Flying Tigers. Covering twelve missions, you fly in a series of aircraft from each of the air forces making the jump on formations of ‘Sally’ bombers, strafing ground targets and bombing targets and taking on Japanese aces in a series of aerial dogfights.

Each of the missions on offer here vary in length, from between ten to twenty minutes each; giving the game a total playtime that lasts around two to three hours, depending on ability and difficulty settings. However, the structure of each of the missions contains a lot of variety, sitting you in the cockpits of different aircraft and changing the parameters within each of the missions on offer. One minute you’ll be dogfighting with enemy fighters in a P40, the next your viewpoint switches to a rear gunner of a Lysander, as you fight to defend your aircraft and the next, you’re flying over an airfield dropping your payload of bombs before strafing any remaining enemy troops on the ground in a Hurricane. 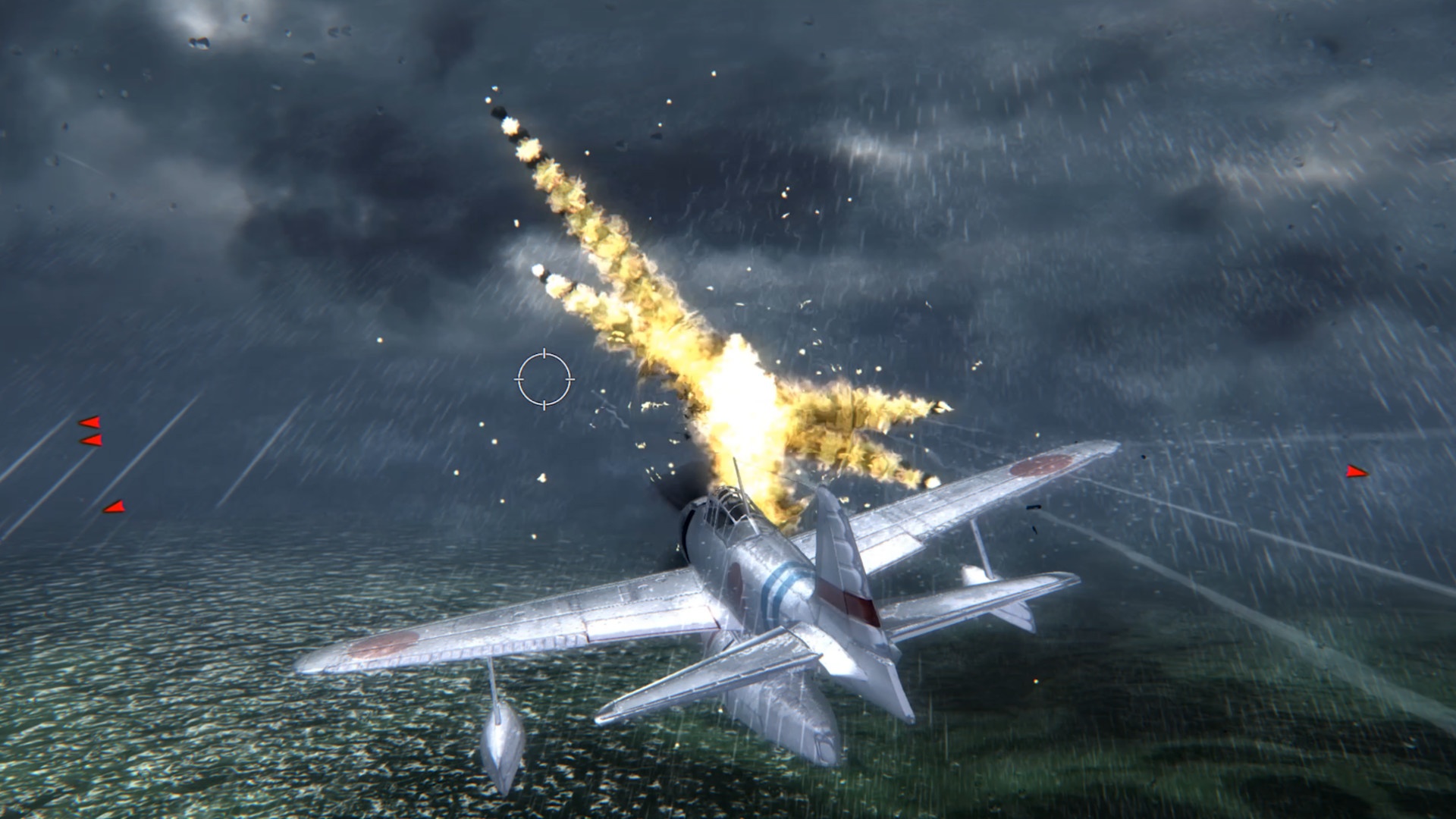 This style of mission structure brings a nice variety to the proceedings, as well keeping things fresh as you undertake different roles within the elements of air combat. Each of the sorties begin with a textual reference to the historical backdrop surrounding the events you are about to undertake. Although it supplies a link with the game and the real-life escapades of the pilots, its presentation is so poor that these historical excerpts are difficult to read. In the grand scheme of things, it doesn’t really do any justice to the brave heroics of the pilots involved in the way it is presented. It’s only a minor gripe, admittedly, but a deeper connection to the events that you are about to undertake would have been a nice and more immersive feature.

However, saying that, everything else within the game is nicely detailed and recreated to good effect. The scenery is stunning, although sometimes a little foggy in places. Aircraft models too, are superbly recreated with some satisfying audio qualities thrown in for good effect. Whistling bombs, engine sounds and radio chatter fill the airwaves with abundance, adding to create an immersive and at times, exciting experience. The mechanics of dogfighting are implemented well too, often with enemy aircraft that try to outmanoeuvre you or veer from the trails of your hail of bullets; although the bombing mechanics didn’t feel as satisfying, with the target reticule often being blocked by the position of your aircraft.

Although the game portrays the mechanics of dogfighting to good effect here, the control scheme does not fare so well; particularly in the execution of pitching your aircraft. There are  two control schemes on offer, arcade and simulation, however, the sensitivity of movement produces a floaty feel to the manoeuvring of your aircraft. Lining up shots can be particularly gruelling, with a lot of time fighting against the control of your aircraft, rather than maintaining the perfect line of fire in causing maximum damage to the enemy forces. There is an ability that can be triggered, Trazer Time, which essentially slows down time temporarily, but still the sensitivity of movement produces a jolty affair, rather than a smooth mechanic. 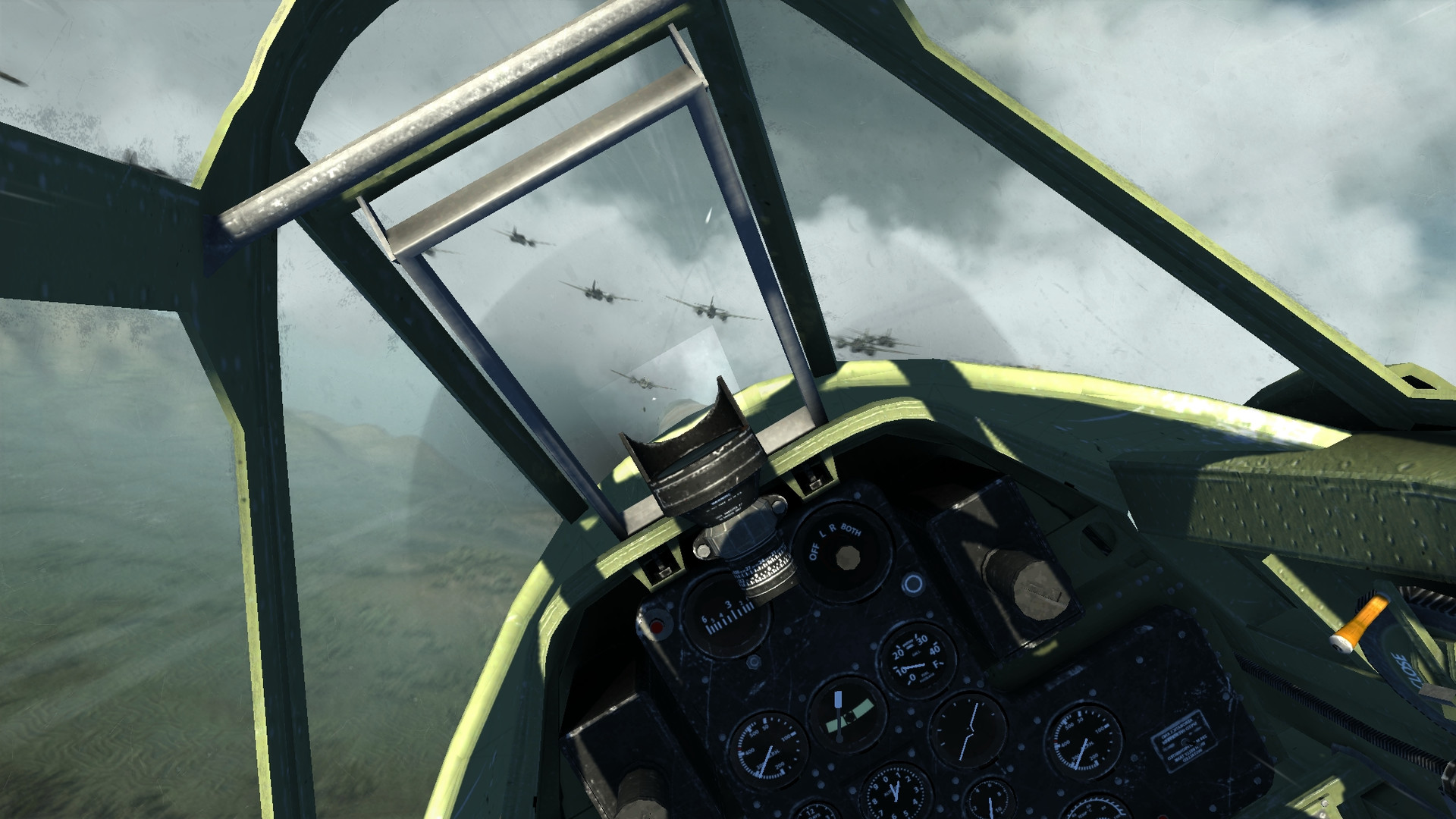 Despite this, the air combat elements of the game are superb fun, with the skies often being filled with huge amounts of aircraft; both enemy and of AI controlled wingmen. However, a few ‘special effects’ and graphical models can be a bit weak in their execution; often pulling you out of the immersion that this game can provide. Flying at full throttle results in a black border that blurs around the edge of the screen. Although it can be argued that it matches the aesthetical feel of the era, it does little to enhance the effect of speed. Explosion models too, particularly those of destroyed aircraft, bear the same resemblance in their execution and look, producing a very unrealistic mechanic with its singular style.

As well as the campaign mode, Flying Tigers also contains a challenge mode, consisting of five extra and more challenging missions, as well as a free flight mode that can be used to get a feel for the thirty of so varieties of aircraft on offer. Dogfighting mode is as it implies, pitching yourself against up to ten enemies in a plane and map of your choice. There is also online multiplayer matches too, offering a series of modes from all-out dogfighting, capture the flag and rocket matches for up to sixteen people; all playable in solo or team-based games.

Overall, Flying Tigers: Shadows over China presents a good depiction of aerial combat while it lasts. It may be a short flight in terms of campaign length, but its multiplayer abilities should provide enough entertainment to keep it going for some time; especially in terms of gaining all of its achievements, which caters for both solo and online play. Despite some of its mechanics in flight control and sensitivity being a bit erratic, the varying styles of combat on offer are fun to play. With a healthy variation in mission structures and aircraft models to fly, as well as interior and exterior viewpoints, there is a lot here for enthusiasts or fans of its genre. It may not contain the bells and whistles of a more triple-A title, but for its price and entertainment value alone, this is a flying tiger that has a lot of roar.

A flight/combat simulator that maybe light on length, but still packs a mighty roar.